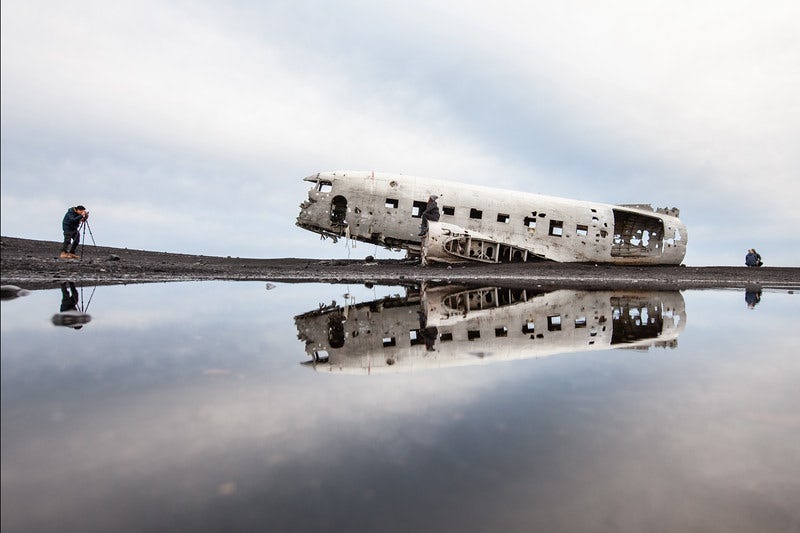 Shuttle to the Plane Wreck on Solheimasandur | South Coast Iceland

At 2pm on the 21st of November 1973 a US Navy Aircraft, that was on a routine flight from Höfn to Stokksnes, encountered severe icing. It could not maintain altitute and was forced to land on an ice covered river on Sólheimasandur. The ice on the river broke but the airplane did not sink and all passengers on board suvived. The US Navy abondened the plane on the beach.

In recent years the plane wreck has become one of the most photographed sites in Iceland. Until now, it took over an hour to hike down to the plane wreck.

The Plane Wreck Shuttle offers a comfortable 15 minutes drive directly down to the plane wreck and gives you plenty of time to explore the wreck itself and its surroundings. When you have captured the perfect photo, you will board the shuttle again back to the parking lot.

With departures every 45 minutes from 10am to 5pm you should be able to find the time that fits you itinerary.