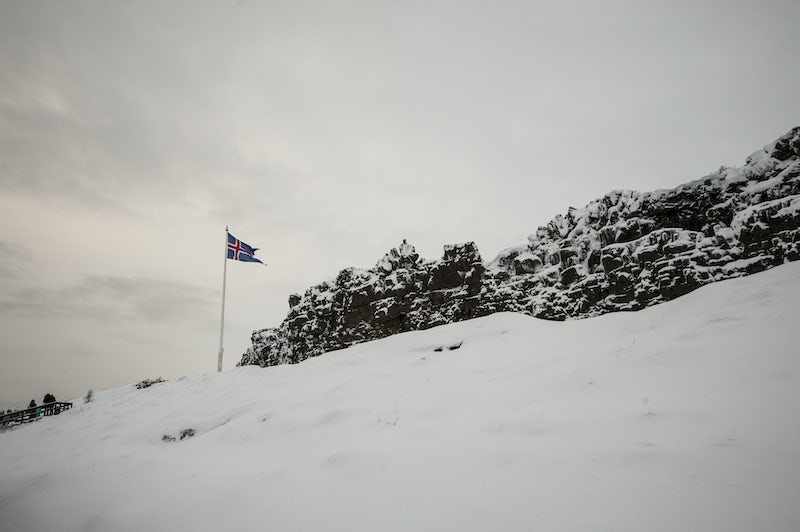 Visit Þingvellir, Geysir and Gullfoss in style in one of our premium day tours, run exclusively in small groups of no more than 17 people.

The Golden circle is the name commonly given to a combination of three sites of special significance in the west of Iceland. These sites are, Þingvellir National park, Geysir and Gullfoss.

Our day tour will take you to all these essential stops and more as we attempt to share with you some of the highlights of Icelandic history and nature all in one magnificent route through the Icelandic countryside.

The Golden circle is one of the most popular day tours in Iceland thanks to how accessible it is and how much it has to offer. You have the Þingvellir national park which was home to the world's first parliament as well as the site of the silfra fissure were the american and eurasian tectonic plates are separating. There is also Gullfoss the golden waterfall, one of the largest waterfalls in Iceland and the Geothermal paradise of Geysir where you can see frequent hot spring eruptions.

Further to these though we also take you to some additional sites such as the fantastic Friðheimar farm and Kerið volcanic crater.