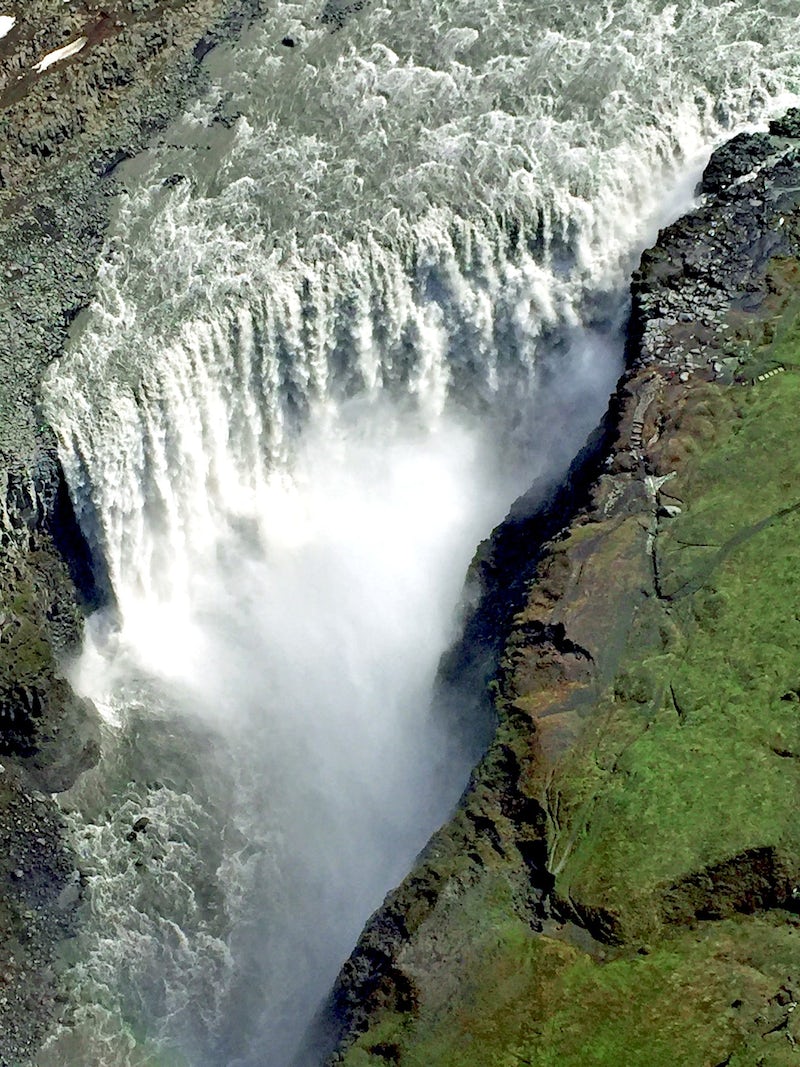 Elevate your exploration to higher heights as you sail across the skies in this breathtaking and sensational panoramic atmospheric adventure.

Fly through the landscape of epic television series The Game of Thrones, filmed in this dramatic landscape.

The route explores Godafoss Waterfall and then over Lake Myvatn, with its numerous scenic attractions and geothermal phenomena. From Lake Myvatn we fly over Vatnajökull National Park to see Dettifoss, a spectacular waterfall where cascades plunge from a height of 144 feet (44 meters) into a narrow canyon.

From the Dettifoss waterfall we follow the magnificent canyons, before turning homeward bound for Akureyri. Relax and take in the north-east coastline as the Troll Peninsula mountain range comes to view in the west.

Beverages and a complimentary entry ticket to the Icelandic Aviation Museum

A good mood and a taste of adventure