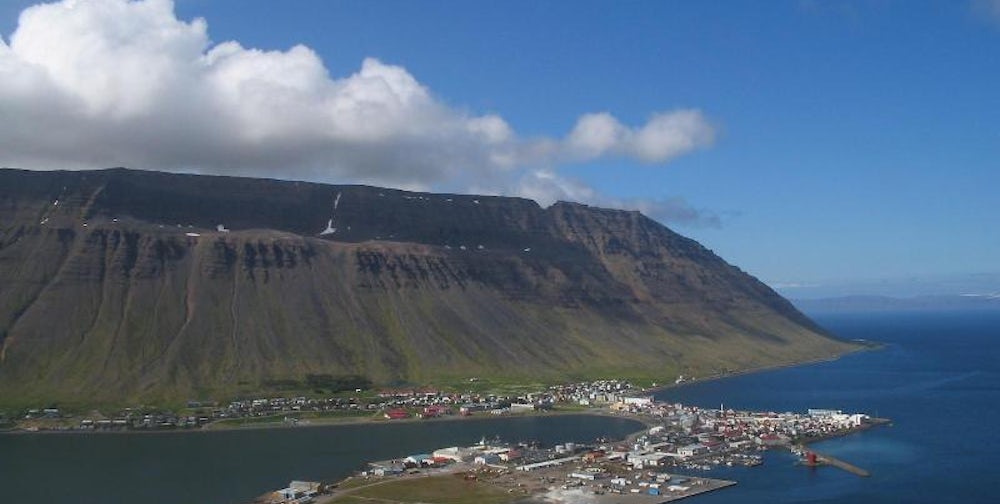 What to do in Ísafjörður: Capital of the Westfjords

Ísafjörður is the largest town in the Westfjords region of Iceland, a beautiful and vibrant place with an intriguing history. If you’re spending some time in the area, read on to find out what to see and do.

Surrounded by towering mountains and sitting pretty on a spit of land that juts into the dark blue waters of the fjord, Ísafjörður acts as the perfect jumping point for exploring the Westfjords region. The old town on the water is incredibly pretty, full of colourful houses with tin roofs, sitting small against the big fishing ships that come in from their expeditions out to sea. A surprisingly busy place, it’s an easy town to fall in love with and wile away a few days exploring.

Read: 5 Reasons Why You Shouldn't Skip the Westfjords of Iceland 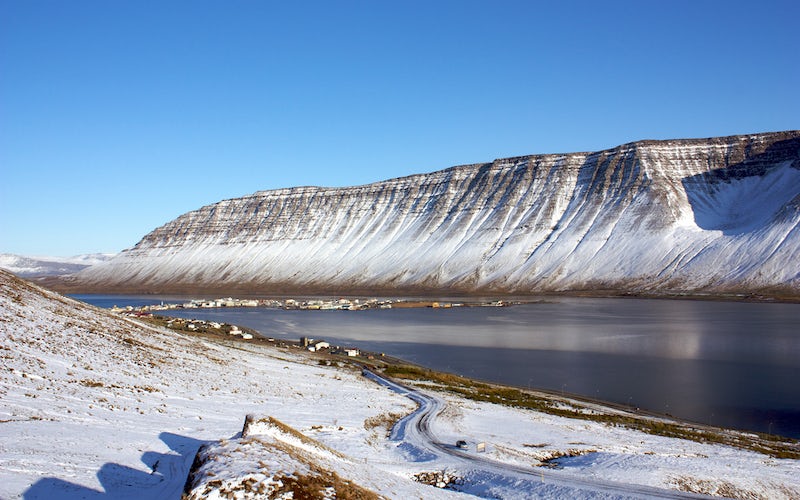 After being settled first in the 9th Century, Ísafjörður really took off as a town early in the 16th Century as it became somewhat of a trading and fishing hub, drawing in tall ships from around Scandinavia and the Norwegian whaling crews. The fishing industry took over the town, which was booming; at its height, it was one of the most important towns in Iceland.

Lately, due to overfishing, catch restrictions, and competition from bigger fishing companies in Reykjavik, Ísafjörður has shrunken somewhat from its booming heyday, but still clings on to fishing industry as its lifeline. But now a growing tourism market is breathing new life into the town, drawing in tourists who are looking to escape the crowds of the ring roads and explore the beautiful and isolated Westfjords region. Despite its small size and seclusion from the rest of the country, it’s a surprisingly cosmopolitan place, and will feel like the big smoke after making your way there.

Read: A Guide to the Westfjords of Iceland 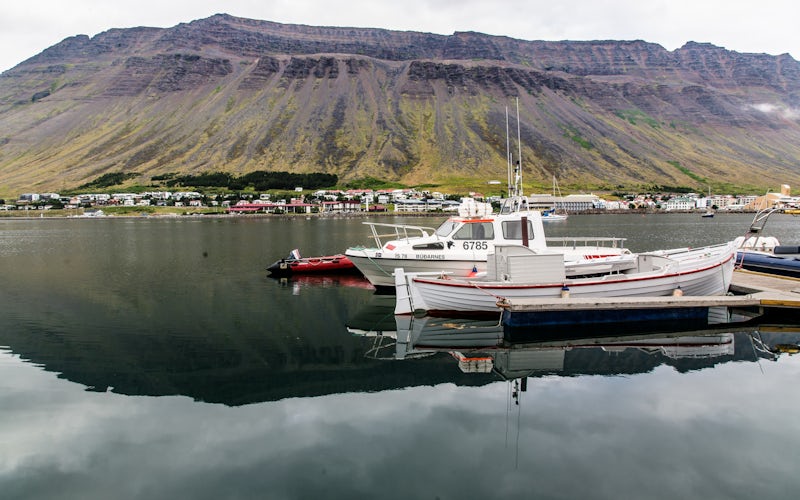 There are several historic wooden houses near the harbor, one of which is now dedicated to exploring the interesting history of Ísafjörður and the wider region. Sometimes known as the Ísafjörður Maritime Museum, inside you’ll find relics, photos and information detailing life over the centuries in the town and region, mostly focussing on the life and work of the fishermen. This is one of the best attractions in the town, and well worth an afternoon’s attention.

There are various hiking trails to enjoy near Ísafjörður. The most popular route from the town is to hike up to ‘Naustahvilft’, also known as ‘Troll’s seat’. The steep path takes you up the mountain just above the airport on the eastern side of the fjord, affording you sweeping views over Ísafjörður and the entire surrounds. Keep an eye out for the impression in the earth where it’s said a troll rested her weary feet.
Another trail lies at the deep southern end of the fjord, known as Kubbi. A little bit longer than Naustahvilft, but the views are spectacular.
For those who are more fit and after a bit more of a challenge, you can hike right over the mountains that separate Ísafjörður from the fjord lying to its east. Start in the small town of Súðavík and make your way back over to Ísafjörður, enjoying the panoramas on the way.

If you're after the views without the workout, book a tour in a superjeep that will take you to the top of the surrounding mountains. 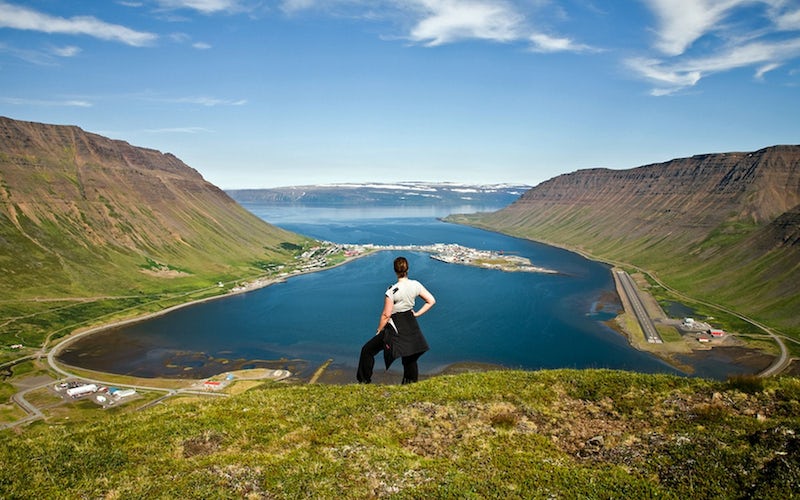 No Icelandic town would be complete without its own swimming pool, and Ísafjörður is no exception. Join the locals during the early morning for a relaxing soak in the hot tubs.

During the winter, the towering mountains surrounding the town turn into excellent ski slopes; you can see the lifts heading out the back of town, snaking their way up the mountain. Unbeatable views are on offer for those who make the effort to travel up to Ísafjörður in the dark and stormy Icelandic winter.

Ísafjörður acts as an access point to the most isolated region in all of Iceland; the Hornstrandir Nature Reserve. Boats sail across the fjords daily, dropping off avid hikers for 3-5 days of trekking through the windswept region. With no services in the area, you need to take everything you’ll need with you on your back.

Read: How to Hike Hornstrandir on Your Own Without a Guide 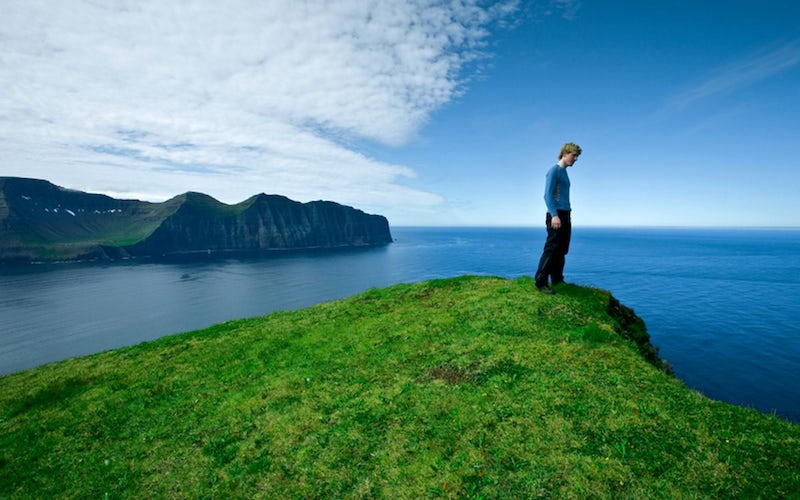 Where to Eat, Drink, and Caffeinate

Also found in one of the old buildings by the harbor next to the Heritage Museum, Tjöruhúsið is a family run restaurant that serves some of the freshest and best seafood in all of Iceland. Only serving what the fisherman caught that day, the all-you-can-eat buffet dinners attract locals and tourists alike. For a perfect taste of the Westfjords, this is the spot. 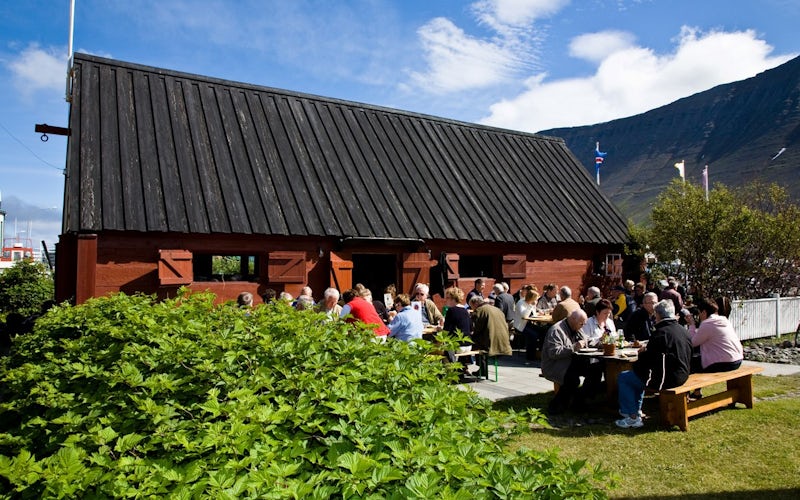 The coffee house/restaurant/bar/guest house in downtown Ísafjörður serves up amazing and fresh food at affordable prices. During the weekend live music plays out, and the small house gets jam packed with the locals looking to dance.

Once advertised to me as ‘the best bakery in Iceland’, this popular bakery in the middle of town serves up coffee and sugary treats. On the walls inside you can find an interesting collection of photos of the locals, some of whom still visit the bakery today.

The menu is fast food at Hamraborg, so if you’re looking for something cheap, quick, and easy, then look no further. The usual suspects populate the menu; think pizzas, burgers, and fries. This is also a good spot to stock up on candy and potato chips as well.

For a warm and inviting coffee in a quiet atmosphere, head to Bræðraborg Kaffihús. Food in the small café focuses on healthy and local ingredients.

A nice café with a sunny patio which is great for enjoying a few beers in the summer. Try the house bread, which incorporates even more beer into the recipe. 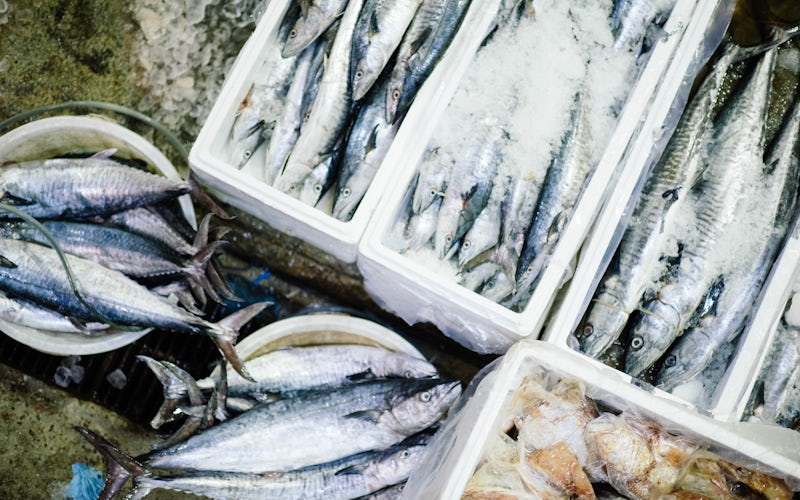 How to Get There

A trip to the Westfjords is a bit of an undertaking; it’s far off the well-travelled ring road and takes a lot of time to drive anywhere due to the roads hugging the fjord’s coast. Driving from Reykjavik will take at least five and a half hours, and the bus even longer. 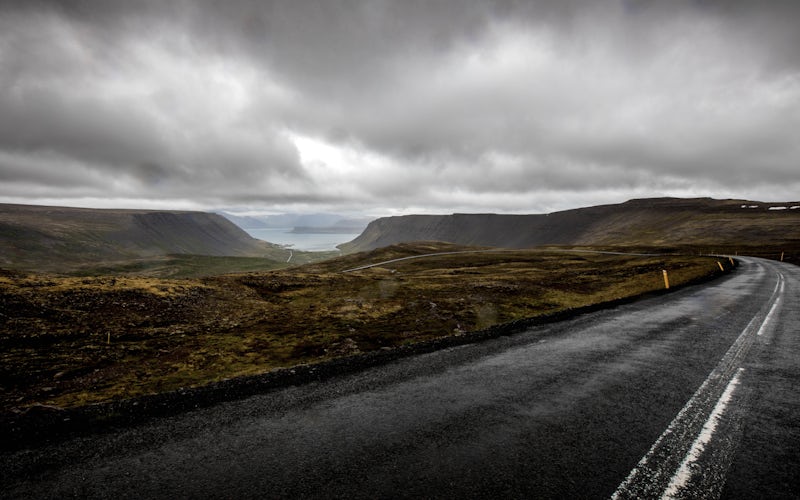 A Guide to the Westfjords of Iceland
Story

Fish & Dine: Your Own Fresh Catch Of The Day
Experience·$463

How to Hike Hornstrandir on Your Own without a Guide
Story