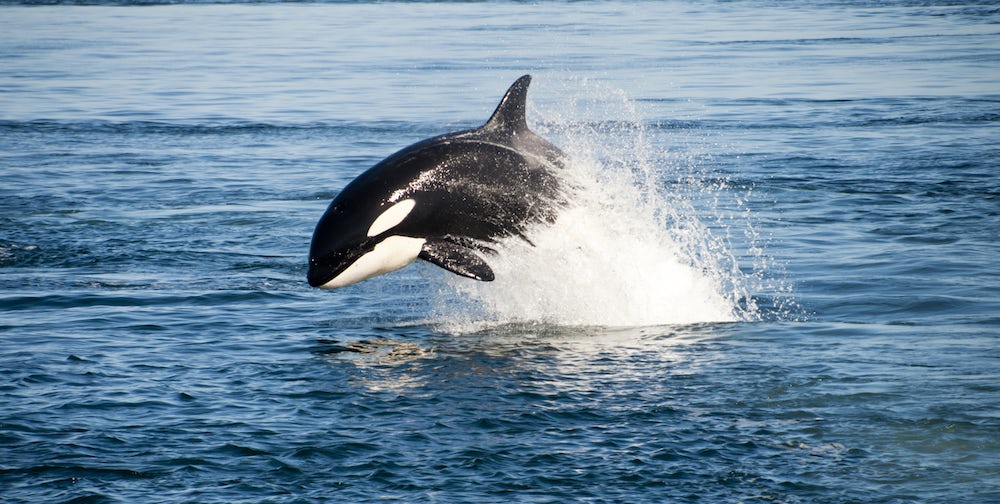 Whale Watching: Is It Worth Your Time and Money?

Whale watching is a popular activity in Iceland but that doesn't necessarily mean it's for everyone. This article helps you evaluating whether whale watching is worth your time and money.

Whales are one of Iceland’s most iconic animals. It’s no wonder, in a country with only one native land mammal, and an incredible amount of coastline, near which most towns are located. Over twenty species of whale can be seen in Icelandic waters, seasonally. In nearly every part of the country, there is at least one option for a whale-watching tour, and it’s often touted as a must-do. However, whale-watching is expensive, and means at least three hours out on the water, making it potentially stressful for visitors with limited time. 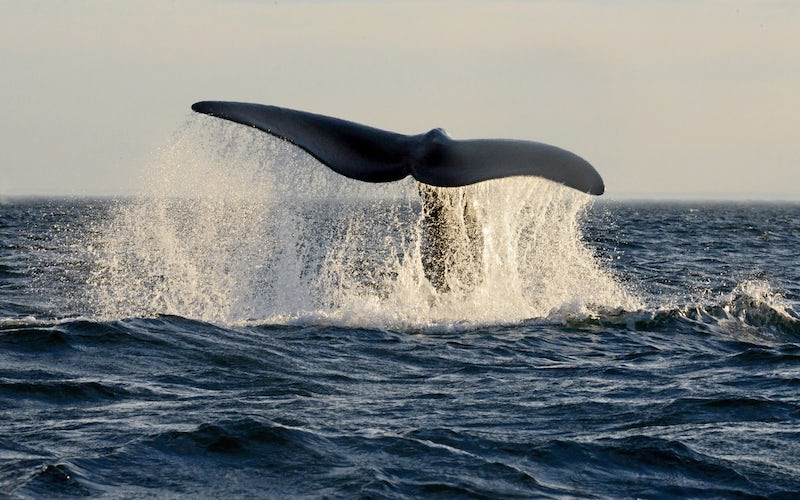 You might catch a glimpse of a whale's tail during your tour. But you also might not. 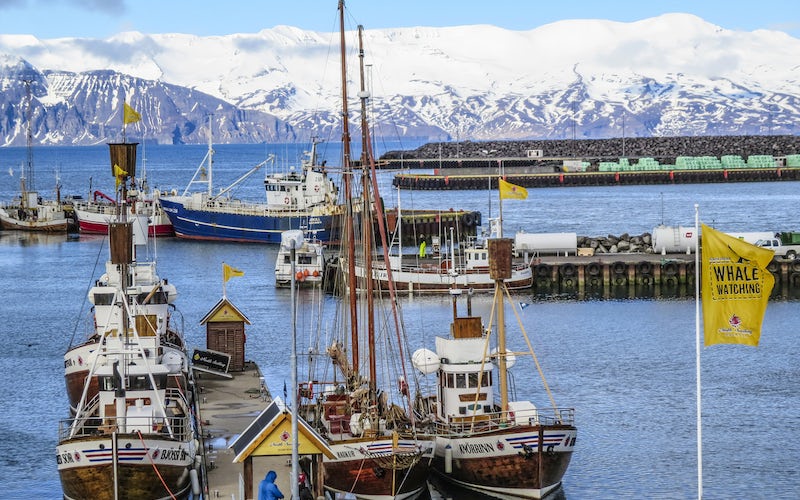 The peak season to watch whales is from April to October, but especially from June to August. Most whale-watching companies keep their websites updated with their latest sightings, giving a general picture of which species are around at a given time. Before booking your ticket, think about the following questions, to make sure that this is the right choice for you:

1. Are you prone to seasickness?

If so, you might want to reconsider. Whale-watching tours are long, and will bring you outside of the sheltered harbour. There are options to try and prevent nausea — medication, pressure bracelets, or staring at the horizon — so consider how severe your symptoms tend to be before you write it off as a possibility. It could be that with a little preparation, you can still have a good time.

2. Will you be taking the tour with children?

Children who have not been on a boat before may react to it in unexpected ways. If you suspect that the tour might be more child-watching than whale-spotting, you should perhaps consider other options. Depending on the age and attention span of the children in question, taking them on a whale cruise could be a fun day out for the family, or an exercise in frustration if the whales aren’t easy to find. 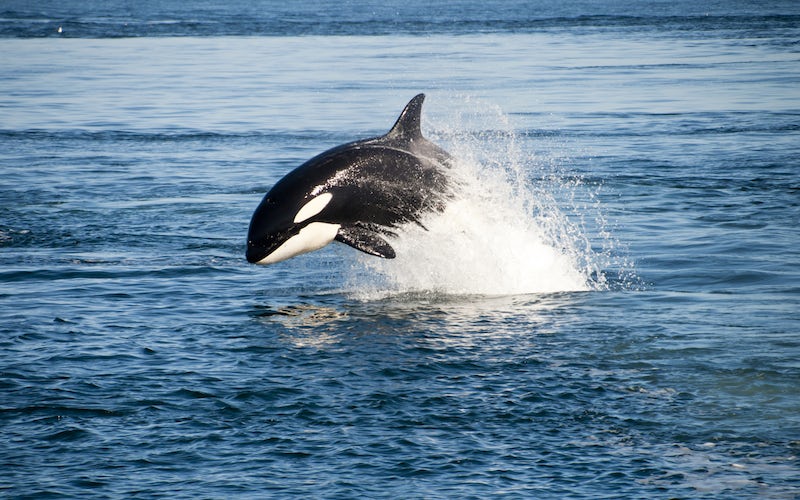 You can expect to see both dolphins and orcas during your whale-watching excursion. 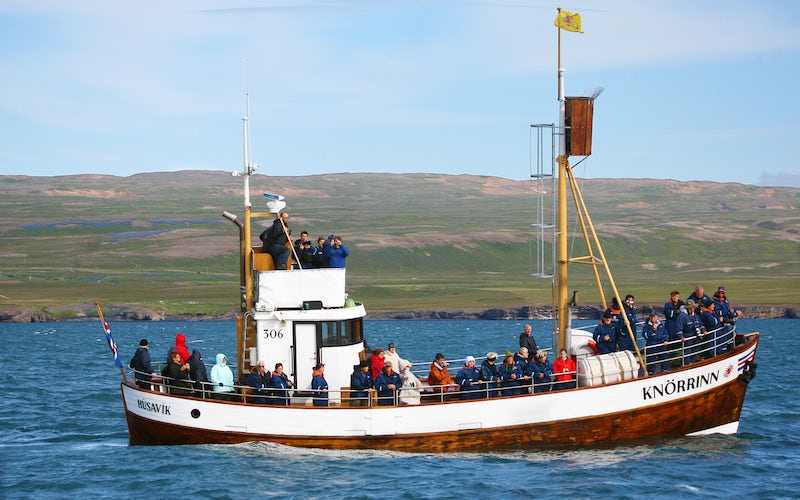 3. Is the vessel accessible to you?

If you have mobility problems, it’s a good idea to check out what kind of boat you’ll be on. While many tour boats are accessible, and staff are usually helpful in finding suitable places to get a good view, the waves can be wild and it’s important to keep the weather conditions in mind. Even if it’s fairly calm in the harbour, out where the whales are found, the sea-swell will be stronger.

4. Do you enjoy being out on the water?

A whale-watching tour is usually around three hours in length. For anyone who enjoys a good boat cruise, this can be a great way to spend the day, and a rare chance to see Iceland from the sea. If this isn’t of interest, it may be time to rethink the tour. Usually, whale-watching tours are interpreted by guides who know the area well, and the ride out to deeper waters, where the chances of a sighting are highest, is an opportunity to practice taking excellent photos even from the moving deck. There are often snacks and drinks available on board, which adds to the leisurely feeling of a cruise.

5. What other wildlife appeals to you?

Like any migratory animals, whales can be elusive and unpredictable, and even on a clear day at the height of whale-watching season, there’s no guarantee of seeing one. There are, however, always seabirds along the coast, and often it’s possible to spot dolphins from the bow of a whale-watching boat. These are especially fun to watch, as they play in the wake and try to race the vessel as it crashes through the waves. If this sparks your interest, a cruise is well worth the effort, even with the risk that the sea giants themselves will not appear. 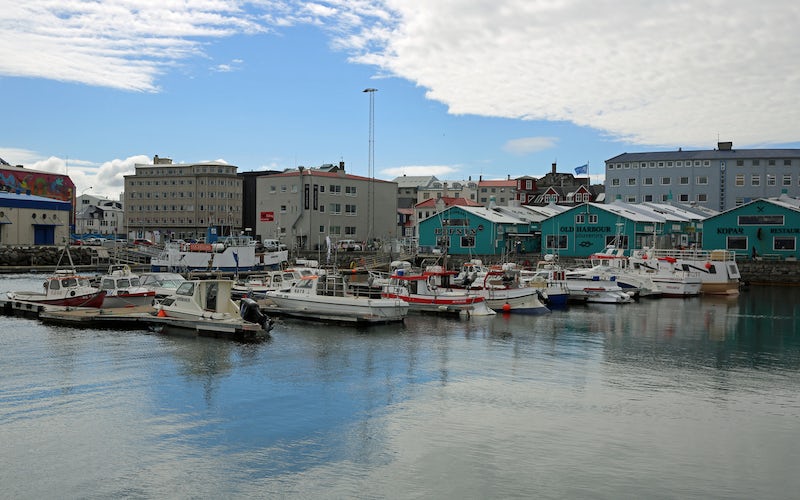 Reykjavík Harbour: This is where you'll depart from if you go whale-watching in the capital. 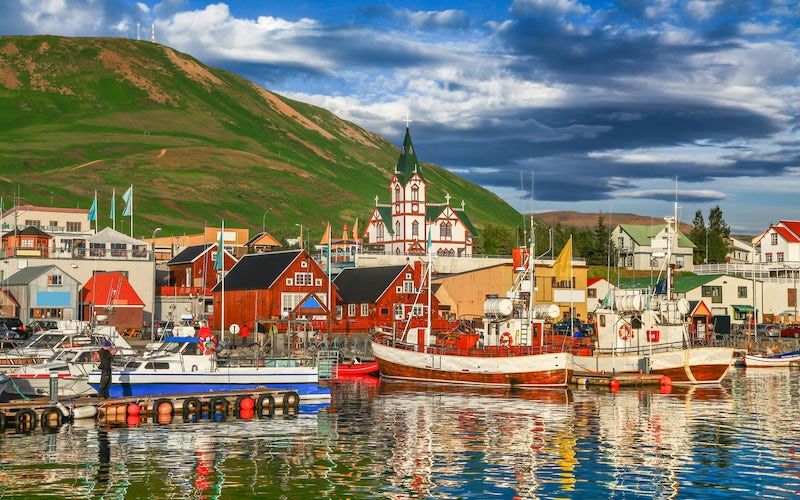 The colorful whale-watching town of Húsavík 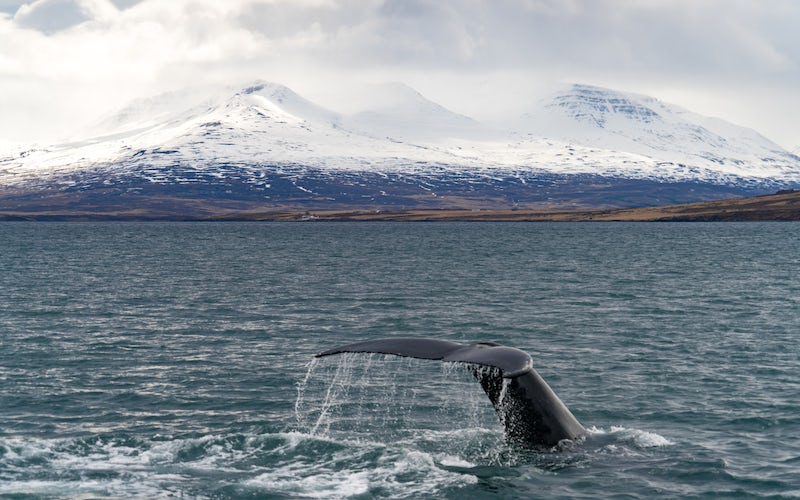 Winter is generally the worst season to go whale watching.

6. Does it have to be whale-watching?

Several tour operators in Iceland offer excursions on the water, from fishing trips and harbour excursions to puffin watching , some of which are shorter and less expensive than whale-watching. Balance your priorities, and decide what’s most important to you: increasing your chances of seeing whales, or focussing your attention on the other marine life Iceland has close at hand.

7. What if there's nothing to see?

It's always a possibility, and it's best to be prepared for it! Many companies provide passengers with a ticket to return and try again, which is helpful if you are staying long enough, or have plans to return. You may be luckier the second time. Otherwise, you'll always have to weigh the chances of success against the chances of not seeing so much as a dorsal fin.

Whale-watching can be a thrilling experience, an adventure on the water resulting in incredible memories and surprisingly good photos of seabirds, dolphins, and of course the whales. It’s an exciting day out: a new perspective, as you watch the coastline recede, and scan the vast horizon for a spout. Remember, however, that if the whales are the only part of the tour that appeals, you might want to think twice. After all, whale-watching is only one great way to spend your time in Iceland, and if you’re keen to get out on the water, there’s more than one way to make it happen.

If you decide that this is the tour for you, there are tour operators around the country who can offer you a memorable cruise in Icelandic waters, many of which also offer aurora tours in winter. In Reykjavík, Special Tours , Reykjavík Sailors , and Elding are the major companies. In the north, try Gentle Giants in Húsavík, or opt for carbon-neutral tours with North Sailing . Ambassador Whale Watching in Akureyri offers both regular cruises and fast-paced powerboat tours. The Westfjords offer West Tours and Snæfelssness has Láki Tours . And wherever you go in Iceland, keep your eyes on the water — you never know when you’ll see a whale surfacing and spouting in the distance!