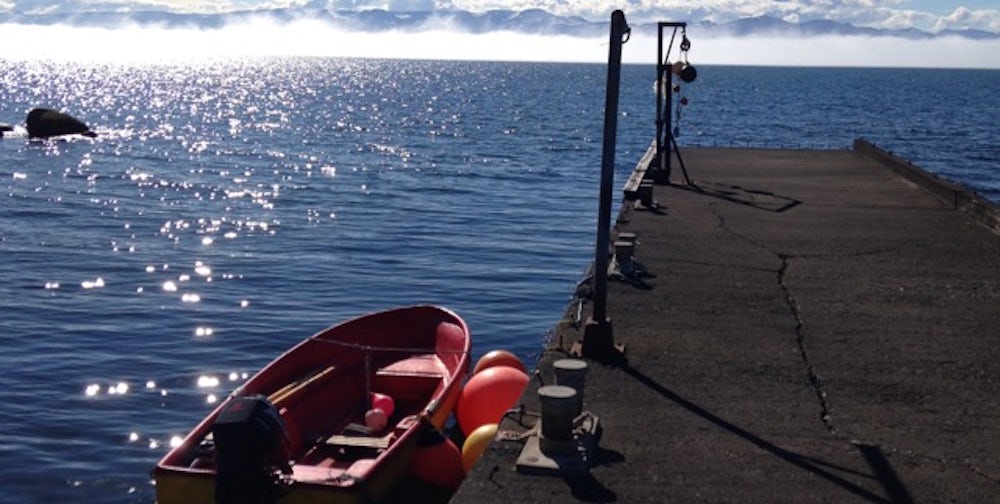 Tjörnes: A Fantastic Spot for Exploring Fossils in North Iceland

Tjörnes is one of Iceland's most important places when it comes to geology, especially when it comes to fossils. This small peninsula is located in North Iceland, around a twenty minutes drive from the town of Húsavík.

Tjörnes is a small peninsula in North Iceland, close to the town of Húsavík. Although there are dozens of places in Iceland that are noteworthy in terms of geology, this little peninsula is perhaps the most important one. This is due to the fact that you can find fossils in abundance at Tjörnes and the strata of fossils are a testimony to the changes in climate for the past 4 million years.

All university students of geology in Iceland study a great deal about Tjörnes and this tiny spot is known by geologists all over the world. Large field examinations have been conducted in the area and there’s now evidence that some of the fossils that can be found at Tjörnes are species that can only survive in waters that are significantly warmer than the ocean surrounding Iceland. 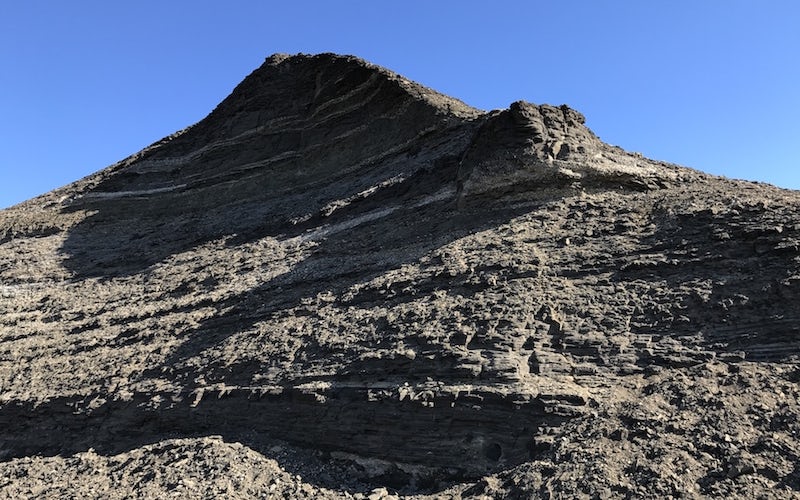 Layers of fossils at Tjörnes. Wonderguide/Hanna.

I spent a week in North Iceland last summer, mostly traveling and sightseeing in Akureyri and vicinity, and on a sunny day in August I decided to drive to Húsavík and than onwards to Ásbyrgi and Mývatn.

When we saw “Tjörnes” on a road sign, me and my travel companions immediately thought of geology class some years back. Knowing that this was probably the best place in Iceland to see fossils, we decided to take a small detour to Tjörnes, just out of curiosity.

The first thing that struck me when we arrived at the parking lot by Tungulending guesthouse and café was the unusually serene ocean, glimmering in the sunshine. In Iceland, we do not get many days that are sunny and calm, so this was a rare sight. 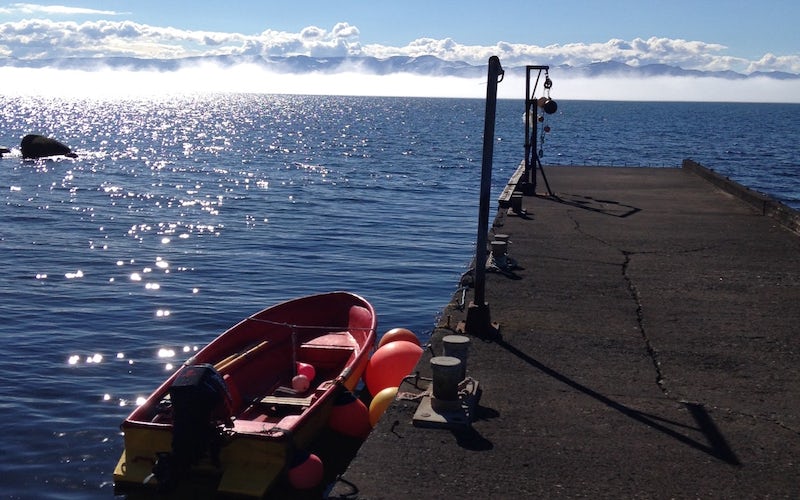 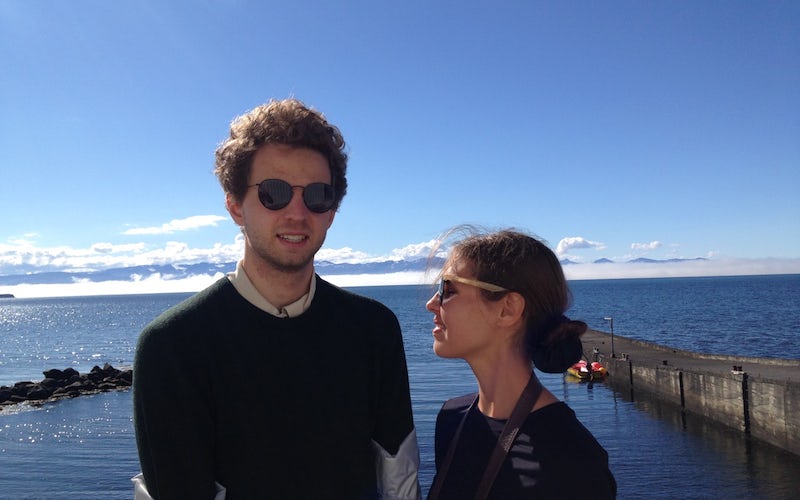 We got out of the car and checked out this cozy guesthouse that apparently was opened only in 2015. This location seemed very remote, and kind of cool for a guesthouse. We asked the waitress at the café in what direction we should walk to see the fossils. She grinned and told us that the fossils were pretty much all around.

At first, we walked by the coastline. There were indeed loads of fossils, no animals though, only shells. We had a six-year old with us and she was very curious about these “stones” and asked us a lot of questions about the whole thing. 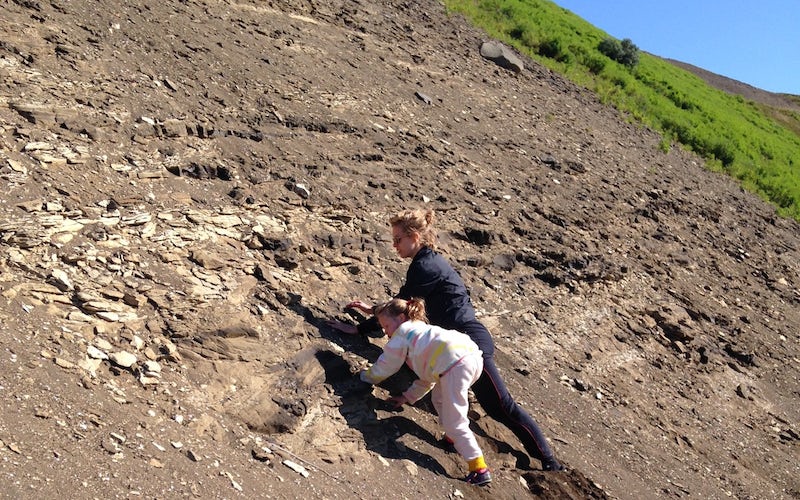 Searching for some fossils. Wonderguide/Nína. 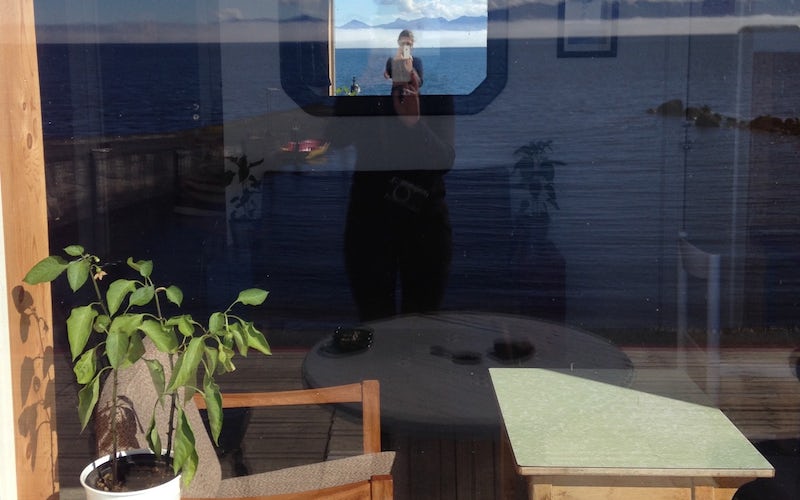 Then we walked in the opposite direction until we came across a huge wall of fossils and a small stream. This was all pretty impressive, but since going to Tjörnes was a spontaneous idea, I hadn’t done any proper research about this amazing geological phenomenon. I think that was a pity, I would love to have read something about Tjörnes (apart from what I read in high-school) before I visited.

Since the weather was splendid this day, we took some time to linger at the pier before continuing on our road trip in the north of Iceland.

If you want to go by yourself, I recommend reading about before you visit. It’s just much more fun to be informed about the wonders of it while you’re there.

The Kaldbakur Pond: Swimming with Goldfish in a Geothermal Pool
Story