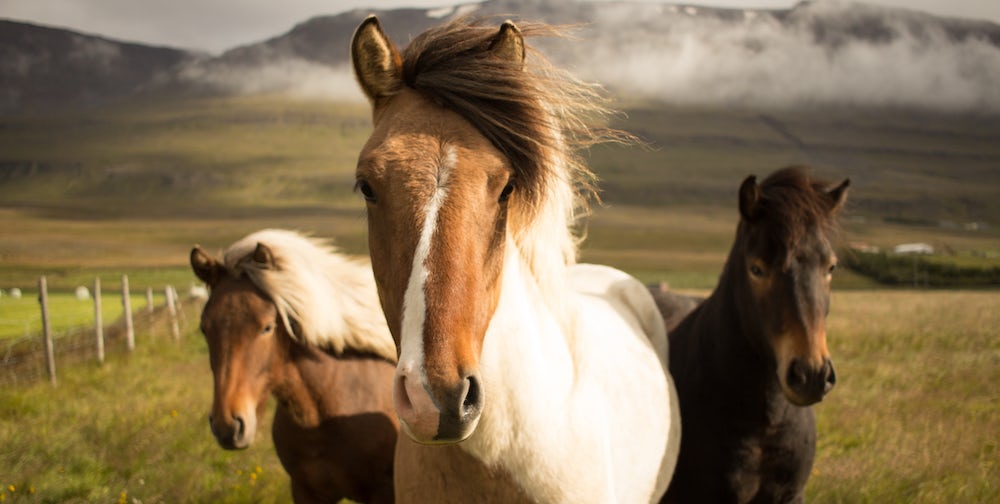 Things to Do in Iceland in May

Visiting Iceland in May? Here are some things to do and see in this bright and beautiful spring month. Also featured are interesting events and concerts taking place in Reykjavik and beyond.

In terms of weather, visiting Iceland in May is a bit of a risk. I’m writing this article in early May and the weather here in the capital for the past days has been a strange blend of snow storms and bright sunshine. I guess abnormal weather is the norm here in Iceland, especially during the shoulder seasons.

Apart from the unpredictable weather, May is generally a very nice month to visit Iceland. There are only a few hours of darkness each night at this time of year. People tend to have mixed feelings about this huge amount of brightness; some people feel energized and revitalized after the dark winter days while others just can’t sleep. I belong to the former group but I have to admit that I wouldn’t be able to sleep during this time of year if it weren’t for my sleeping mask. So I would definitely advise you to bring a good sleeping mask that blocks the sunlight completely. 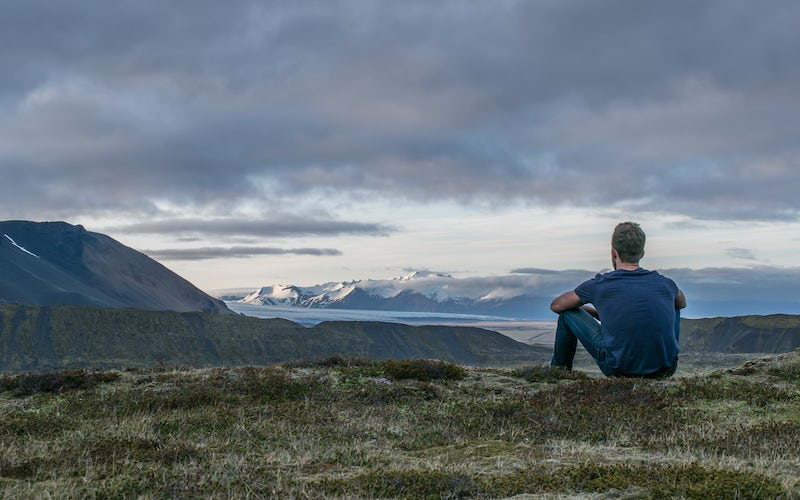 In May, conditions for outdoor activities slowly start to improve. Unpslash/Anthony Tori.

May is the month when conditions for all sorts of outdoor activities start to improve and people start looking for their hiking boots that have been collecting dust in the storage room since last fall. There are also some exciting annual events that take place in May. The biggest event is probably the Eurovision Song Contest, which is basically a televised song contest where the countries of Europe compete.

Having said all that, I’ll now tell you in more details what May in Iceland has to offer.

As I’ve just told you, the Eurovision song contest is hugely popular in Iceland. The contest takes place in the country that won the year before and is televised in most of the countries of Europe.

Most Icelanders are just crazy about the Eurovision Song Contest. People gather together in front of the television and discuss the performances in great depth. The biggest fans have normally done a lot of preparation work before the event takes place, mostly by listening to the songs numerous times and researching the contestants. 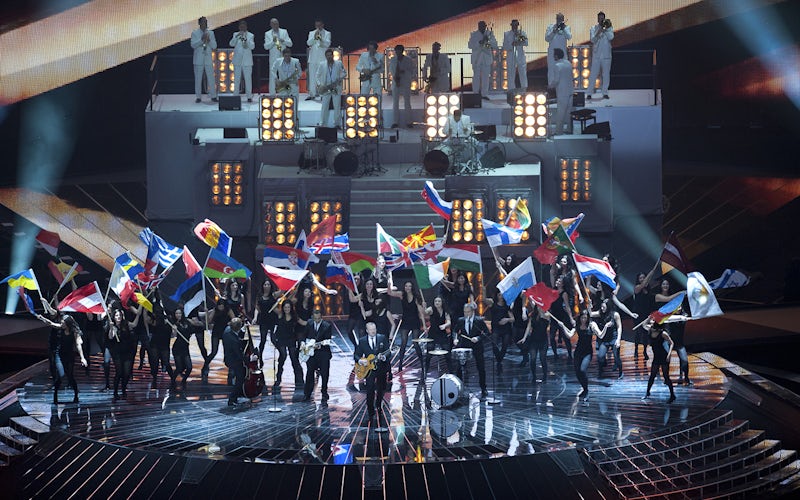 The opening act of the Eurovision Song Contest in Düsseldorf, 2011. Photo: WikimedaCommons.

Iceland took part in the Eurovision Song Contest for the first time in 1986. At that time, it was obligatory to sing in the nation’s official language. The song Iceland contributed was called ‘Gleðibankinn’ (which translates into ‘The Bank of Joy’) and was performed by a trio called ICY. The people of our tiny nation were totally convinced that we were going to win the competition but unfortunately that did not happen. We ended up in 16th place, which was a huge disappointment.

Every year since then, Icelanders have thought the same thing: that this time we’ll win for sure. That has never happened. We have come close to it two times (2nd place in 1999 and 2009).

There’s a lot going on for art lovers in Iceland in May and June. The feast starts in early May when prospective artists, designers and musicians reap the harvest of their hard work during their years at the Iceland Academy of the Arts.

For music lovers, there’s a series of graduation concerts that take place in various venues in Reykjavik. You can check out the schedule here, and the good news is that there’s no admission fee.

For those who are into art, dance, theater and design, there’s also a variety of events, just check out the Academy’s web page to find out more.

As I’ve already told you, the weather in Iceland in May is totally unreliable. It’s not yet possible to hike the famous Laugavegur Trail or the Fimmvörðuháls and the mountains aren’t rid of snow yet. 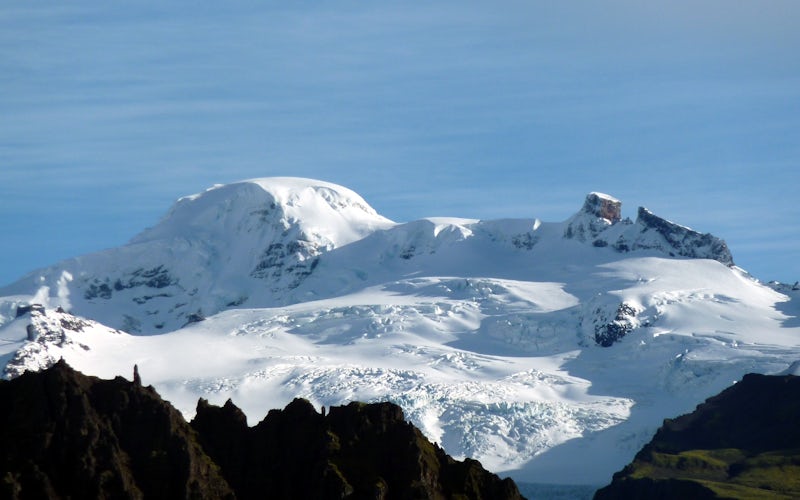 Anyhow, climbing Iceland’s tallest summit, Hvannadalshnjúkur, is something that’s only possible to do in the months of May and June. Hvannadalshnjúkur is located in Öræfajökull in Vatnajökull National Park.

If you’re interested in hiking the summit, you will have to find a guide to go with you. It’s inherently dangerous to hike on glaciers without guidance and the right equipment. You can read more about the summit here.

The hike takes 12–15 hours and the total elevation is 2,109.6 metres (6,921 ft). The drive from Reykjavik is pretty long, so you would have to stay somewhere close to the glacier the night before.

Road conditions are usually good during May, so a road trip might be a good idea. Camping might not be the best option, though, since it's still a bit cold.

If you're interested in a short hike close to Reykjavik city, that's something you can definitely do in May. This article could be a useful starting poing if you're looking for an ideal hike, not too far from the city.

This is an annual running event in Selfoss, which is one of the largest villages in the southern part of Iceland. You can choose from two different routes, one is 10k and the other is 5k. The participation fee is 2500 ISK (around 23 USD). If you want to sign up for it, click here.

This running event takes place in Kópavogur, which is in the outskirts of Reykjavik. You can choose between three distances: 21k, 10k and 5k. You’ll be running along the seaside the whole time so you should be prepared for windy conditions.

The Mývatn Marathon takes place at Mývatn, which is one of the most stunning areas in the northern part of Iceland.

The longest distance you can choose from is a full marathon, which circles around Lake Mývatn. The starting/finishing point is by the Mývatn Nature Baths, which is a fabulous bathing spot similar to the world famous Blue Lagoon. For more info, contact info@visitmyvatn.is.

The 1st of May

May the 1st is a bank holiday in Iceland, just like in many other European countries. May the 1st is the International Workers’ day – and a day off for most workers in Iceland.

Some people join the annual 1st of May demonstration and march down Laugavegur street while demanding higher wages and better working conditions. Others just stay at home and take it easy.

Ascension Day is a bank holiday in Iceland. There are no traditional celebrations on this specific days, but true Christians can of course join the Ascension Day Mass. You should also be aware that some stores are closed on this day, including the liquor store.

Whit Sunday and Whit Monday are bank holidays. It’s the first “long” weekend of the summer so locals often use the opportunity to escape the city limits, especially if the weather is decent.

The Best Season to Travel to Iceland
Story