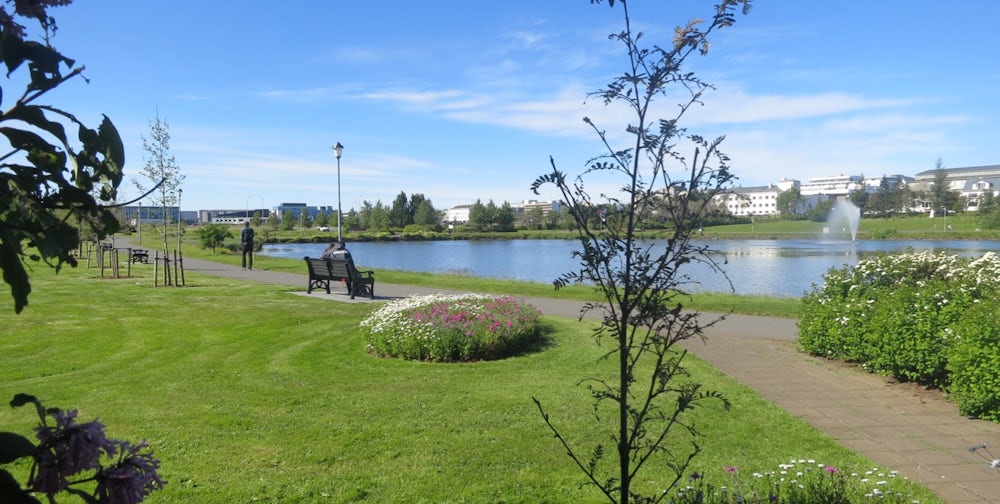 Things to Do in Iceland in July: Events, Concerts and Local Festivals

You won't be struggling to find interesting things to do in Iceland if you're visiting in July. Local festivals take place in most towns, cultural events are frequent and you can choose from numerous sports events.

Bright nights, snow-free ground and relatively mild weather are some of the reasons why July is one of the most popular months to visit Iceland. If you’re a fan of the great outdoors, you will definitely not have problems finding some interesting activities in Iceland during this time of the year.

July is also perfect for those who want to travel around the country and visit all kinds of local festivals, celebrating music, culture and art. I have tried my best to compile the most exciting events that take place in Iceland in June, though this is of course not by any means an exhaustive list. Let's start with music festivals. 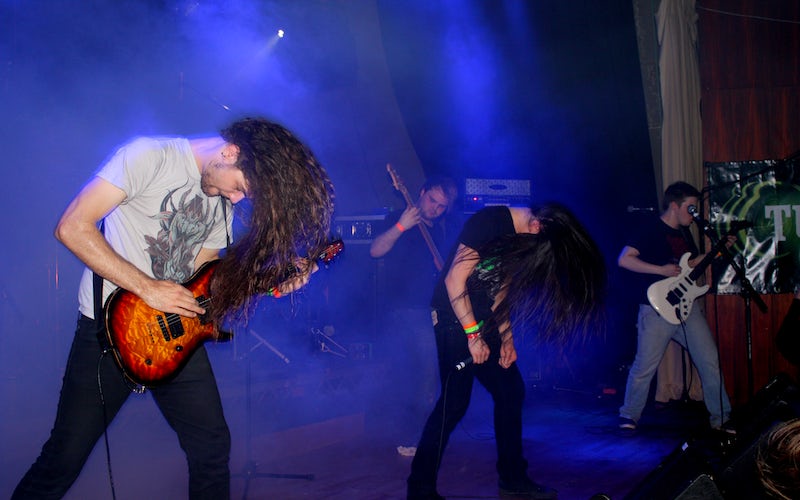 Eistnaflug is a heavy-metal festival that takes place in Neskaupsstaður in the Eastfjords of Iceland. The festival took place for the first time in 2005 and has been an annual event ever since.

The festival's duration is four days and the population of Neskaupsstaður supposedly doubles in size during that period!

The artists performing at Eistnaflug are the biggest names of Iceland's heavy-metal scene along with some foreign artists as well. The lineup for 2018 includes popular Icelandic bands such as GusGus, Sólstafir and Agent Fresco.

Neskaupsstaður is a lovely town and well worth a visit. There are all kinds of interesting attractions in the Eastfjords – a destination often overlooked by tourists due to its long distance from the capital.

The drive from Reykjavik is rather long though, it takes about 9 hours. The northern route and the southern route to Neskaupsstaður are almost equally long so you could just as well drive the whole circle around Iceland instead of going back and forth. Read more about driving the Ring Road of Iceland here.

Where? In Neskaupsstaður, East Iceland. 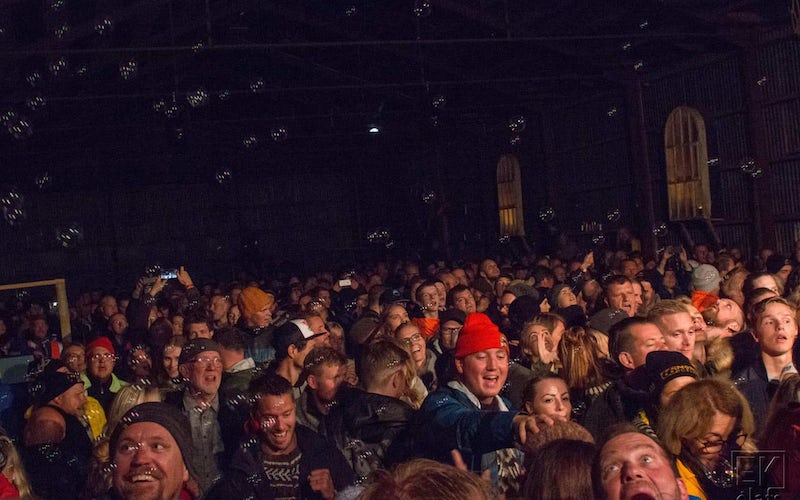 From the festival in 2017. Photo: www.braedslan.is.

Bræðslan is a music festival that takes place in Borgarfjörður eystri, a small town in the Eastfjords of Iceland. The main focus is on popular Icelandic music, with an occational performance of international artists.

The lineup for the past years includes artists such as Of Monsters and Men, Bubbi Morthens, Ásgeir Trausti and Emiliana Torrini.

The concert venue is very unique – it’s an old rendering house. The town of Borgarfjörður eystri is often said to be the most beautiful settlement in Iceland. It’s a paradise for those who love outdoor activities and the mountains surrounding the village are an adventurous challenge for hikers.

When? The festival is a single-night event that takes place in late July. 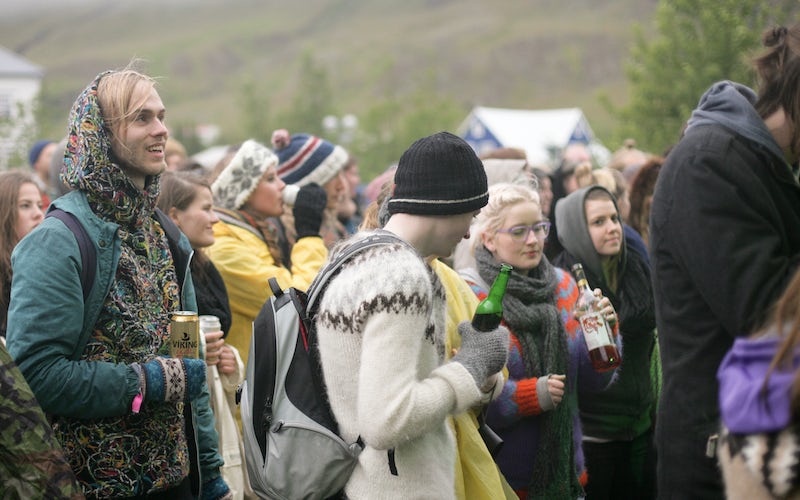 From the festival in 2012. Flickr/Christopher Brown.

Lunga is an art festival that takes place in Seyðisfjörður, also in the Eastfjords of Iceland. The festival started out as an art work shop for teenagers and young people. Now it’s a combination of work shops, concerts, art exhibitions and other art events.

Lunga is probably one of the hippest festivals you’ll find in Iceland (their website illustrates my point quite clearly). If you go there, be open minded and expect the unexpected. There’s always something at Lunga that will take you by surprise.

The duration of Lunga’s workshops is one week but the concerts usually take place over the weekend. The lineup for this summer includes the super hip JóiPé og Króli, Alvia Islandia and Reykjavíkurdætur.

Seyðisfjörður is far away from Reykjavik but it’s in my opinion a town well worthy of a visit. It is the “cultural capital” of the Eastfjords, known for being a refuge to visual artists, musicians and writers. The surrounding nature is absolutely stunning. 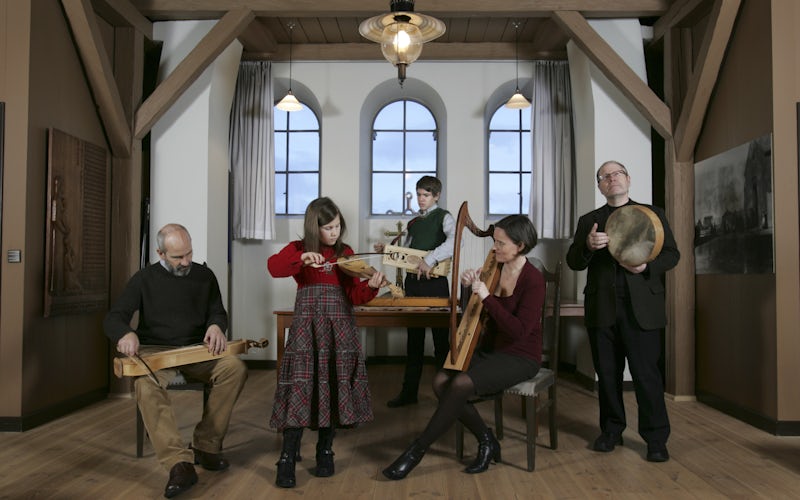 The Folk Music Festival of Siglufjörður is a five day music festival that takes place in Siglufjörður, which is a charming fishing village in the northern part of Iceland.

The festival celebrates folk music from Iceland and beyond. The festival is not just concerts; you can choose from various workshops and lectures on folk music. 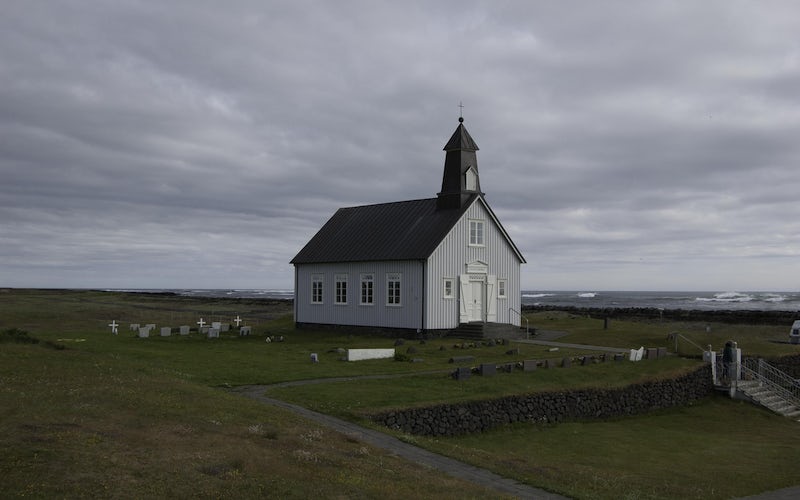 Englar og menn is a small local series of concerts in Strandakirkja, which is located in Reykjanes Peninsula. The theme of this concert series is angels, humans, history, religion and nature and the music is mostly classical or folk. The concerts take place every Sunday in July.

When? Every Sunday in July.

How much? You pay 1.500 isk (14 usd) for each concert. You cannot buy tickets online and you have to pay cash.

The Nordic House Concert Series will take place for the second time this year. The Nordic House is a stunning building in Reykjavik, designed by the Finnish architect Alvar Aalto.

The line-up for this year consists mostly of Icelandic/Scandinavian performers, this is the full program:

Where? The Nordic House 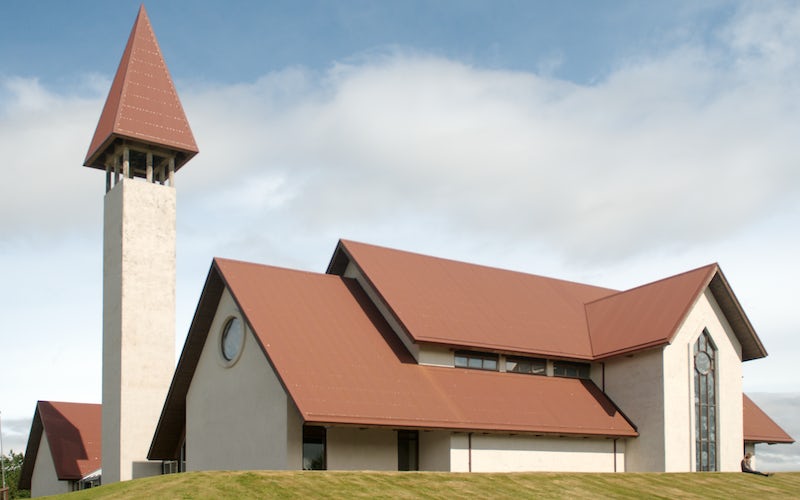 The Reykholt Chamber Music Festival is one of the most established classical music festivals in Iceland, taking place for the 21st time this summer. The venue of the festival is the gorgeous Reykholtskirkja Church in Reykholt, West Iceland.

I've been to the festival a couple of times and seen some fantastic performances. For those who share my passion for classical music, I highly recommend dropping by at Reykholt to experience some beautiful music in this historically significant setting. There are also numerous attractions nearby, such as the Hraunfossar Waterfalls, the Krauma Geothermal Baths, Langjökull Glacier, Mt. Grábrók and more.

Activites in the area:

Most towns in Iceland have an annual festival, usually taking place during the summer. These festivals differ in size and style – some attract outsiders and others are more intimate. Attending local festivals is an awesome opportunity to take part in local activities and experience something authentic and non-touristy. Here's a summary of local festivals all over Iceland that take place in July, and finally a map where you can take a better look at the location of each and every festival. 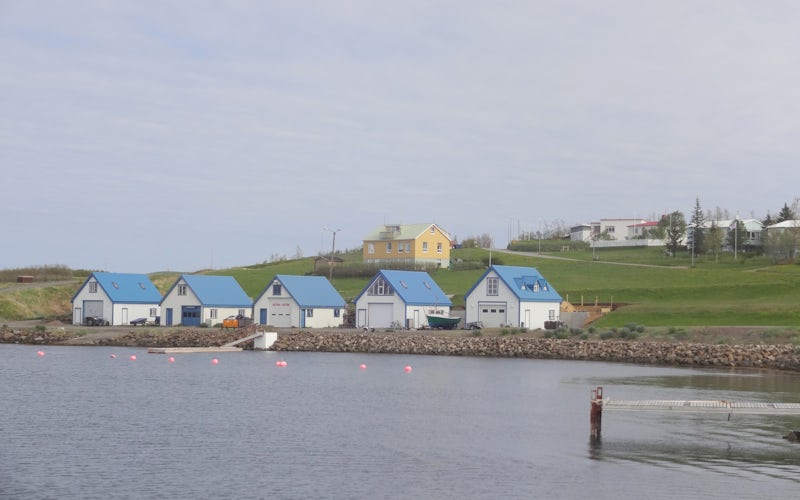 This is a family-friendly festival in Hrísey Island, which is the second largest inhabited island in Iceland. There are some concerts, games, an orienteering, a bonfire and a tractor race. There's no admission fee, you just show up and join! More info can be found here.

Things to do near Hrísey: 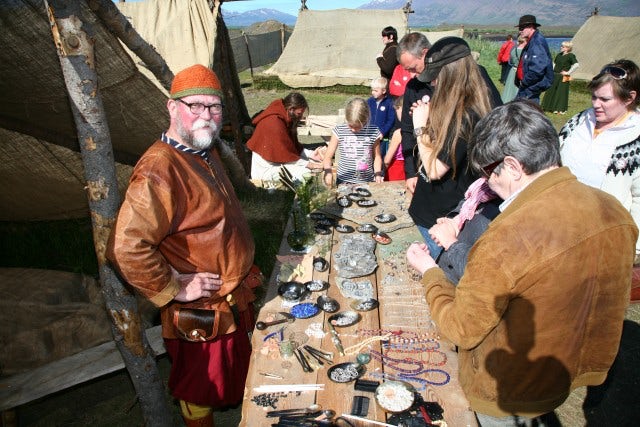 The Middle Age Days is a family-friendly festival. Photo: Visitakureyri.is.
The Middle Age Days in Gásir is an attempt to revive the daily life of Gásir during medieval times. Gásir is a tiny village close to Akureyri (which is the largest town in the northern region of Iceland). You can either watch skilled craftsmen build some tools or chat with the merchants. This is a family-friendly festival so your kids will find plenty of stuff to do.
Things to do near Gásir: 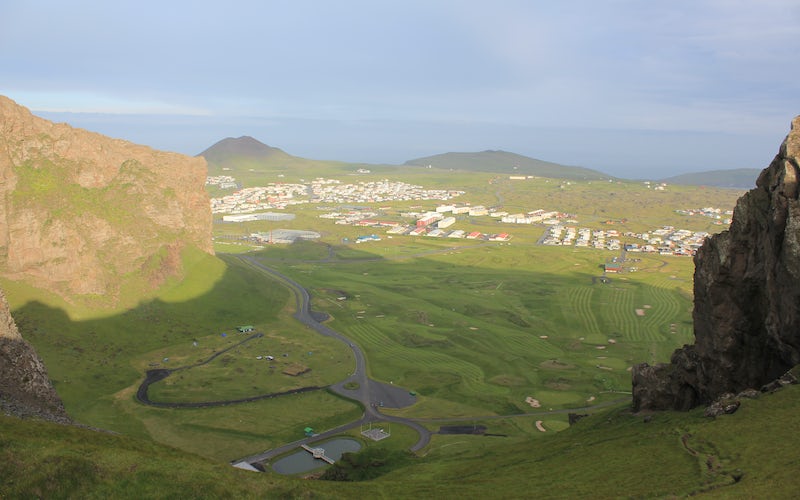 The festival celebrates the end of the Heimaey eruption. Flickr/Julien Carnot.
Goslokahátíð is a festival that takes place in the Westman Islands (icelandic: Vestmannaeyjar) every July. The mission of the festival is to memorialize the end of the 1973 Heimaey eruption, which lasted from the 23rd of January until the 3rd of July the same year. The eruption forced the inhabitants of the Westman Islands to flee to the capital and most of them didn't return until the eruption was over.
The Goslokahátíð takes place the first weekend of July every year. It's usually packed with family friendly activities and the highlight is the Saturday night concert. More info here. 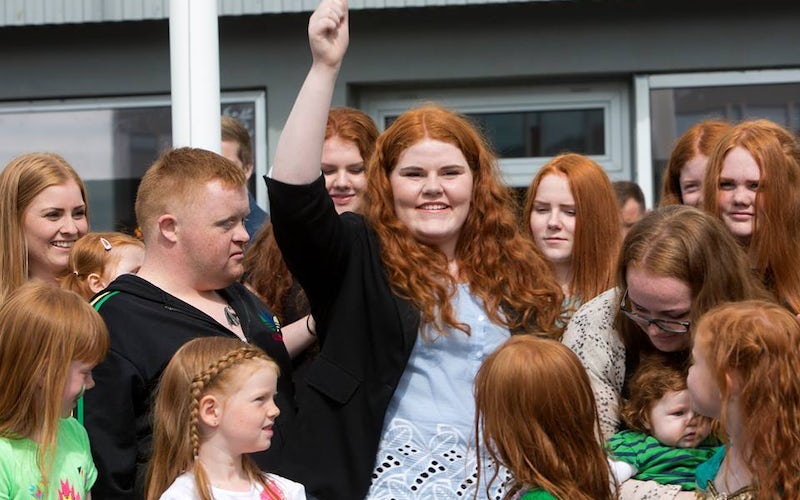 The inhabitants of Akranes claim to be descendants of Irishmen. Photo: Írskir dagar Facebook page.

The Irish Days is a local festival in Akranes, which is a small town close to Reykjavik. The mission of the festival is to celebrate the alleged Irish descent of the people of Akranes. They believe that two Irishmen landed on the Akranes peninsula shortly before the Norse settlers came to Iceland and decided to establish a settlement on the tip of the peninsula where the town of Akranes is located today. This is not a farfetched theory; there exist written reports about Irish settlers in the area and recent genetic studies have revealed that the ancestry of modern Icelanders is indeed a mix of Gaelic (Irish and Scottish) and Norse.

There are a lot of interesting events for the whole family during the Irish Days. Every year, a redhead is awarded the title "The Icelander with the reddest hair". This is usually a very exciting contest since there are quite a lot of redheads in Iceland. 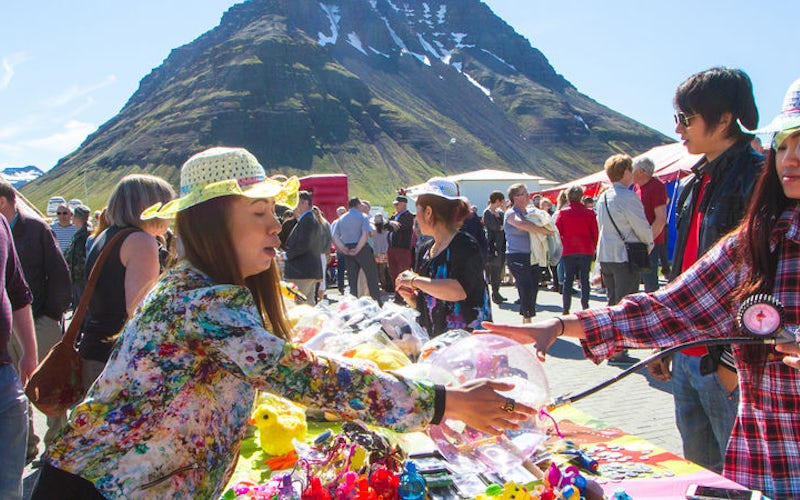 Bolungarvík is a beautiful town in the Westfjords of Iceland. Photo: Bolungarvik.is.

The Market Weekend takes place in Bolungarvík, which is a small town in the Westfjords of Iceland. The town transforms into a marketplace and there are also some musical performances and activities for kids and adults. More info can be found here. 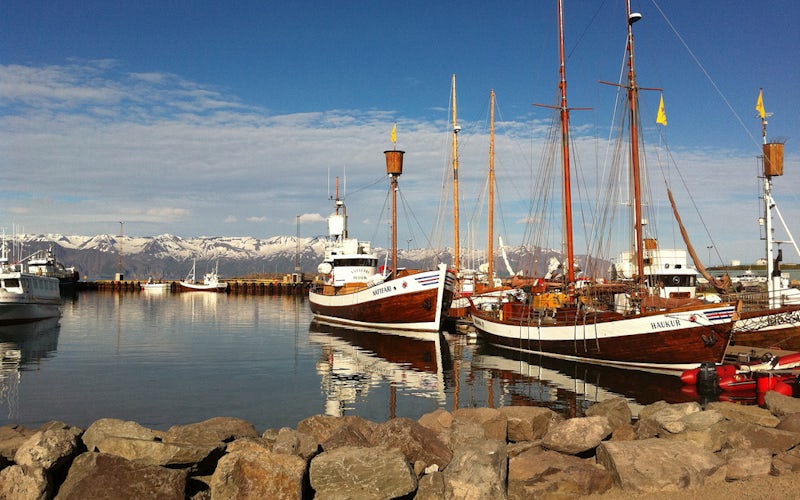 Mærudagar is a local festival in Húsavík, which is one of the most beautiful towns in the northern part of Iceland. The festival takes place the last weekend in July every year. The festival used to be an occasion for the residents of the town to meet each other, and for ex-inhabitants to visit their birthplace and catching up with old friends and relatives.

The festival has steadily grown for the past few years and now welcomes more foreigners and Icelanders that have no ties to Húsavík. More info about the festival can be found here.

Activities in the area: 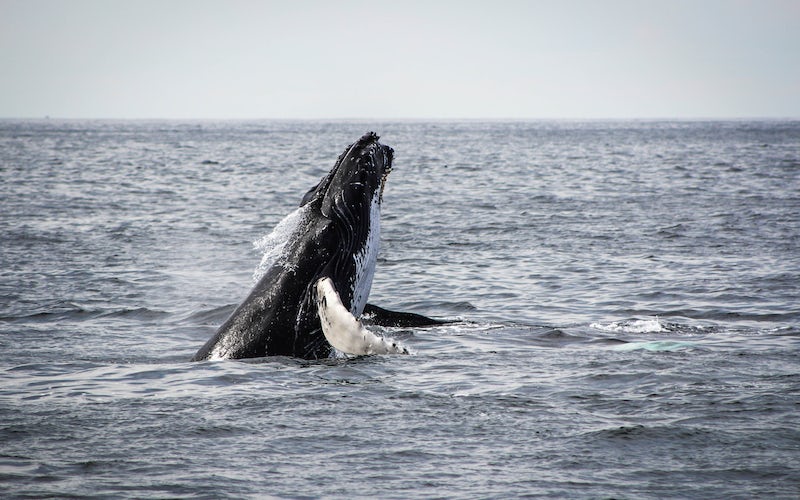 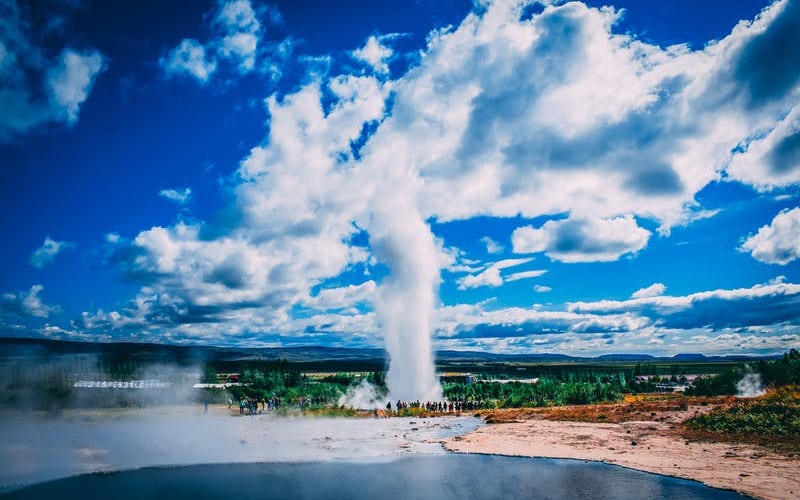 The unique landscapes in Iceland never look as good as in the summer. In my opinion, June and July are the best months for a rural getaway here in Iceland. There are various day tours from Reykjavik you can select from, here are some of my favourite ones:

Unfortunately, there is absolutely no chance of seeing the Aurora Borealis in Iceland in July. Since it's bright for almost 24 hours in this time of year, it does not get dark enough for the Northern lights to become visible. The Northern lights season lasts from late September to April.

Races and other running events

If you like running, you can choose from a number of races or other running events in the month of July. You can find all the events for July on this page.

There are no national bank holdays in July. 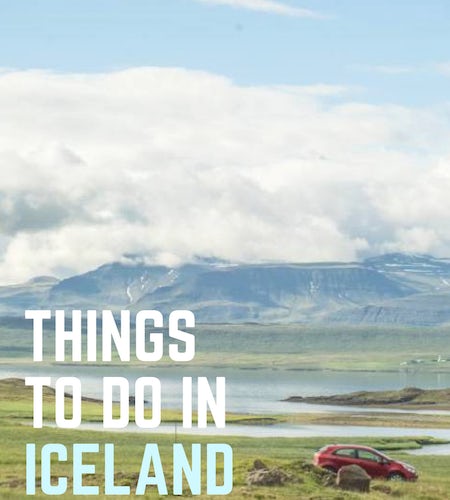 Seljavallalaug in the Midnight Sun
Story

Things to Do in Iceland in June: Weather, Events and Festivals
Story

Music Festivals in Iceland During the Summer
Story