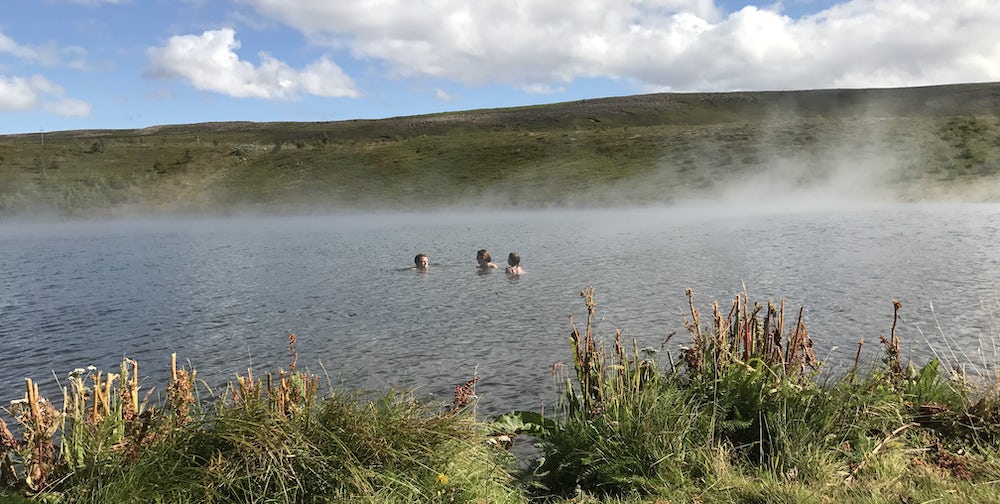 The Kaldbakur Pond: Swimming with Goldfish in a Geothermal Pool

This warm pool in North Iceland is one of the most unique pools I've been to. The temperature is perfect for sunny days and if you are looking for a pet, you can go fishing goldfish! Check this article out to find more out about the Kaldbakur pond.

I recently bought a book called Thermal Pools in Iceland. Although this book may not contain each and every natural hot pool in Iceland, it is pretty comprehensive.

I decided to bring this book along when I left for a week long trip to Akureyri and when I was browsing through the “North Iceland” section of the book, I stumbled upon a large warm pool near the town of Húsavík. It said in the description that the pool’s temperature was ideal for goldfish and that they were indeed thriving in the pool. In 2006 a goldfish weighing 850 grams was found dead by the pool so it’s safe to say that this pool is a true paradise for goldfish.

I instantly got very curious about this pool. Frankly, I had no idea that goldfish were swimming freely in some warm pond in North Iceland. I googled it but did not find any information so I decided to hit the road and see if it was any good.

The sun was shining intensely when I departed from Akureyri. I had good company, my boyfriend Árni, my friend Hanna and her daughter Örk. We were all in the mood for bathing and relaxing in the sun before driving further to see some of the major attractions of North Iceland.

It took us four attempts to find the pool. We couldn’t find any map precise enough and first we went to some other ponds that are better known and a lot bigger. These ponds, that are also known as the ponds by Kaldbakur, aren’t filled with geothermal water and thus too cold for bathing or swimming.

When we finally made it, we jumped into the water which was at a comfortable 27 degrees C or so. After lingering for some time in the water, a group of kids from Húsavík (a nearby village) joined us in the water. They were equipped with fishing nets and had a clear goal in mind: to catch some goldfish.

The kids started wading along the pond and shouted when they caught a glimpse of the bright orange goldfish.

When we left, the kids had already caught two small goldfish. 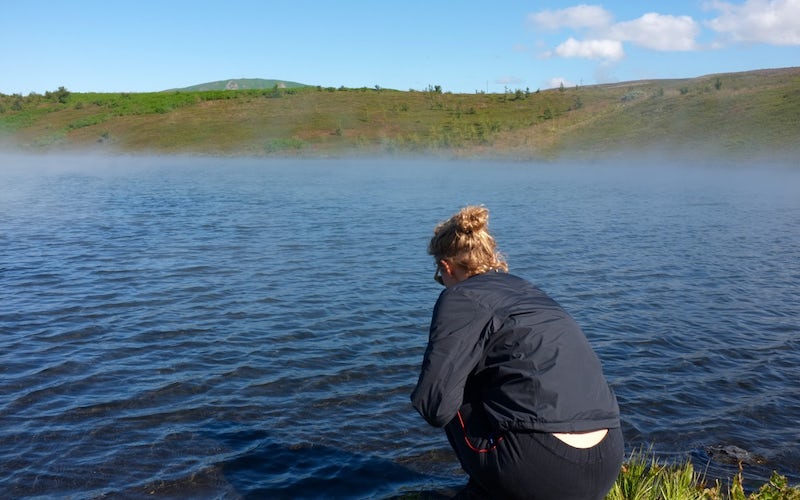 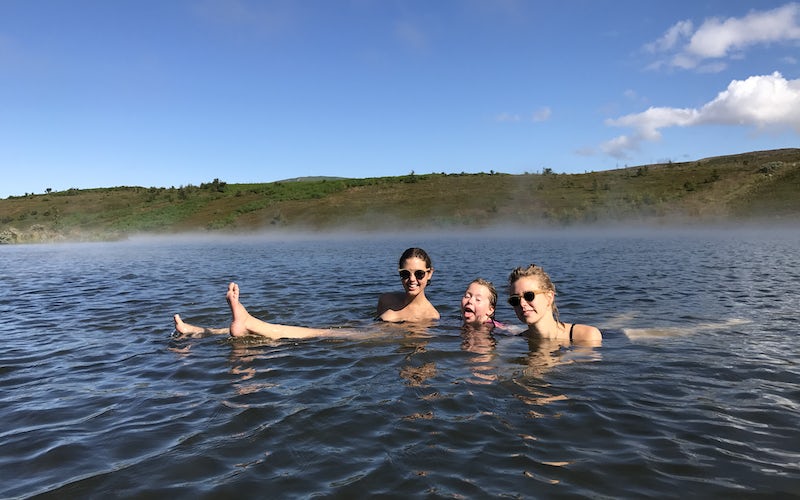 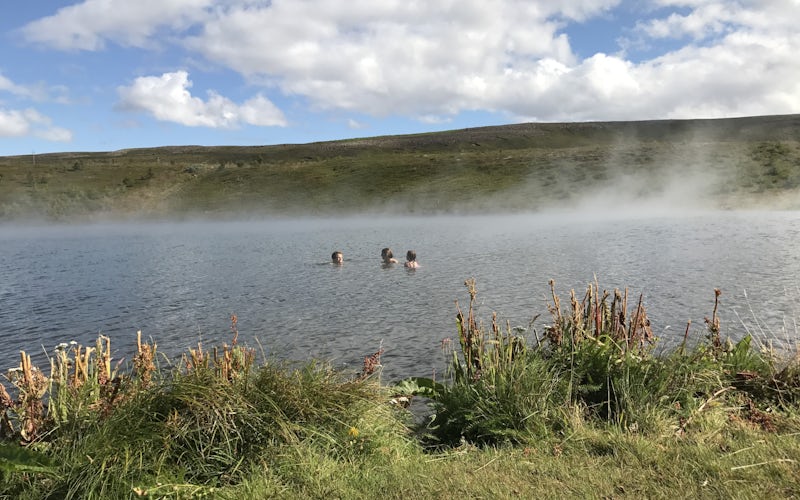 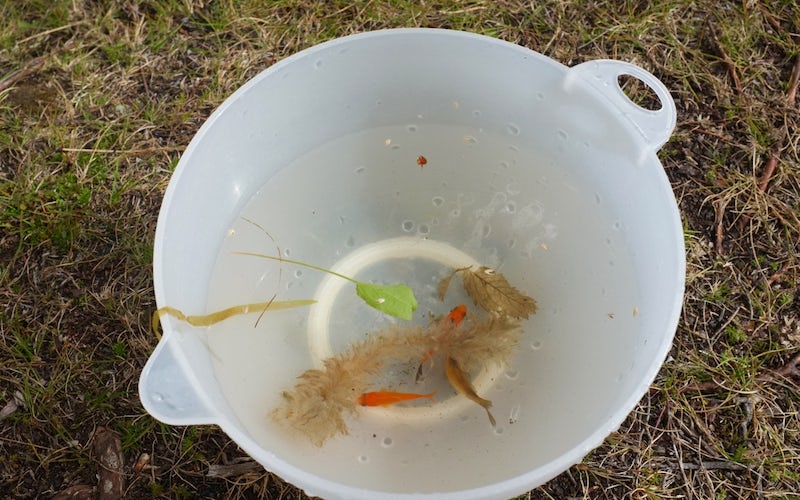 Where is this pool and how can I get there?
The pool is located around 2 km south of Húsavík. You turn to the right from Road 85, just before you approach the town. Drive just a couple of metres on a gravel road. You’ll shortly catch a glimpse of the pool.

Is the pool clean enough to swim in it?
The pool seemed clean enough to me. There are certainly some water plants and algae as well as the goldfish of course. I wouldn’t worry too much about it, this is a common place for swimming and bathing so I don’t think there’s anything too nasty in the water.

How warm is the pool?
It’s slightly colder than most geothermal pools in Iceland. According to Thermal Pools in Iceland, the temperature is around 20-30 degrees. Perfect for cool and sunny summer days but probably too cold during the winter.

Are there any facilities by the pool?
No. You’ll have to change in the car or by the pool.

Is this a crowded place?
Absolutely not. If more people knew about this place it would probably be crowded, but I think this is a real local secret. It was incredibly hard to find any information about it online.

What To Do in North Iceland
Story