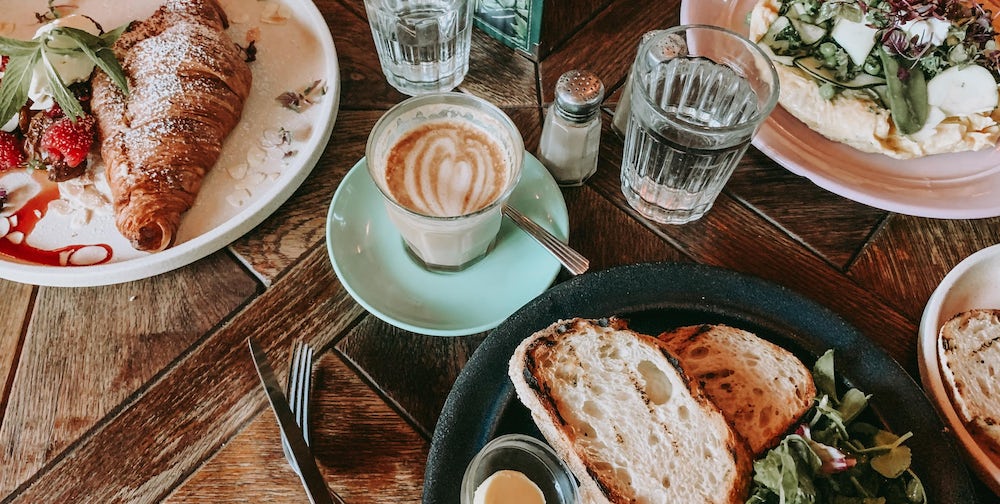 The Best Brunch in Reykjavik, 2022

Looking for a weekend brunch in Reykjavik, Iceland? I've tried quite a few places for the past few months and here are my suggestions. Enjoy!

A few years ago, I was walking in the city centre of Reykjavik looking for a decent brunch. It was a lazy Saturday and all I wanted to do was to sit down somewhere and have some pancakes or eggs Benedict, a cup of coffee and some juice. The mission turned out to be harder than I had imagined. I did‘t find any place that offered a nice brunch so I ended up going to the bakery and have a toast and scrambled eggs at home.

Now, the restaurants in Reykjavik have finally stepped up their brunch-game. Not only are there more places offering fantastic weekend brunches, but the variety is greater than it has ever been. Since I‘m on maternity leave, I‘ve been going to brunch a lot lately. It‘s been a pleasure to select five restaurants that offer the best brunches in town in my opinion. 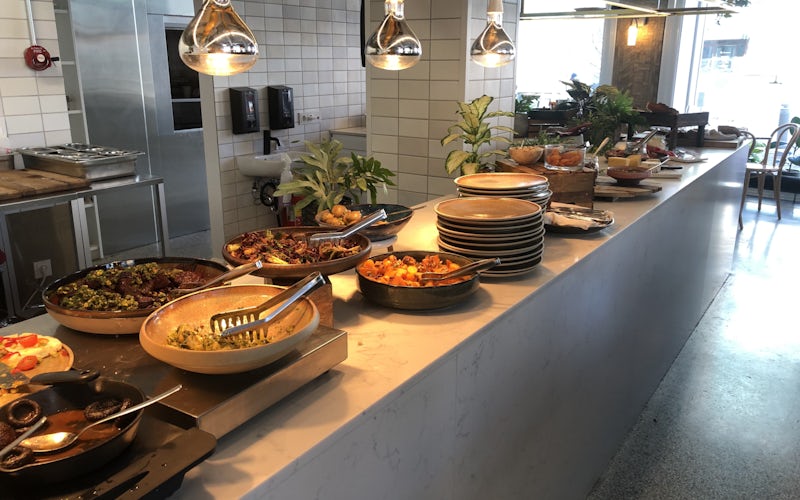 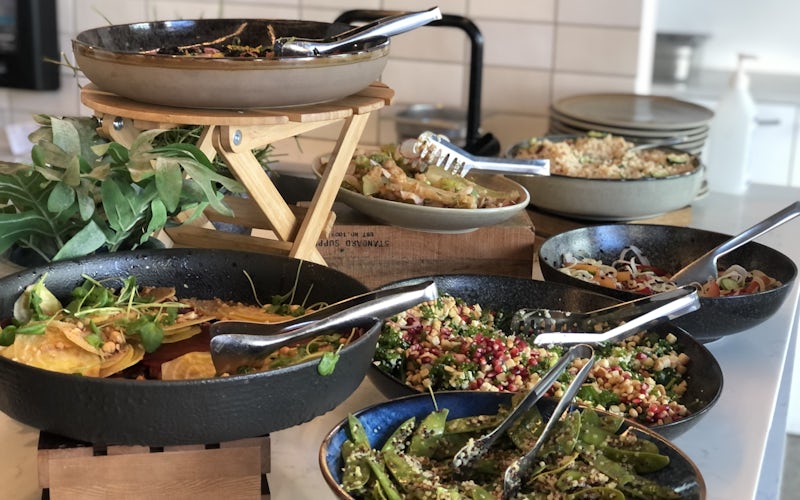 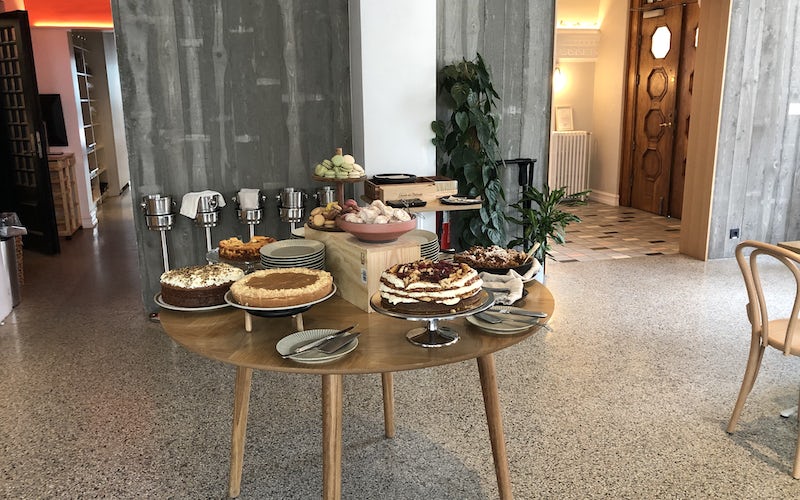 Brút is a restaurant in the heart of the city that opened just a few months ago. Although they specialise in seafood, their brunch buffet has got fantastic vegetarian dishes and some meat as well. The owner of Brút, Ólafur Örn Ólafsson owns another place in Reykjavik called Tíu sopar which I really really like. Because of that, I had been very excited for a while to try Brút out.

I‘m generally not a buffet person, but theirs was out of this world! For the first round, I tried out various salads and some beetroot-infused smoked trout on ciabatta bread. For the second round I went for baked eggs, hollandaise and potatoes au gratin. All of these dishes were delicious and had some curious elements to them as well. For instance, the gratin had a light smokey aroma while tasting a bit like mustard seeds. So good, but in sunch an unexpected way.

Desserts, mimosas/bloody Marys and coffee are included in the price, which I think is such a nice touch. All too often, restaurants make you pay huge amounts for the drinks and as a result the bill is always higher than you had imagined. At present, the price per person is 4,900 isk. 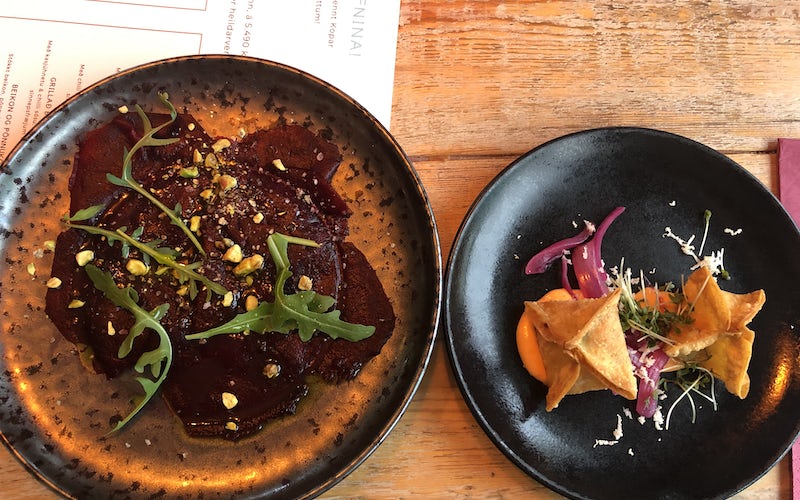 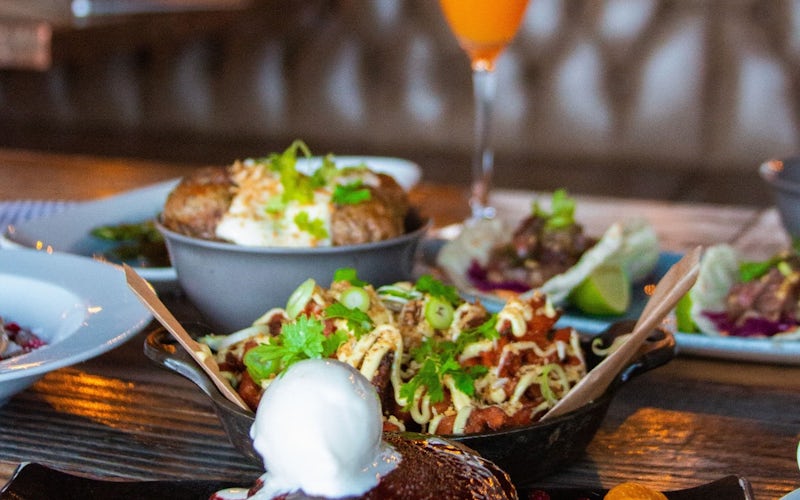 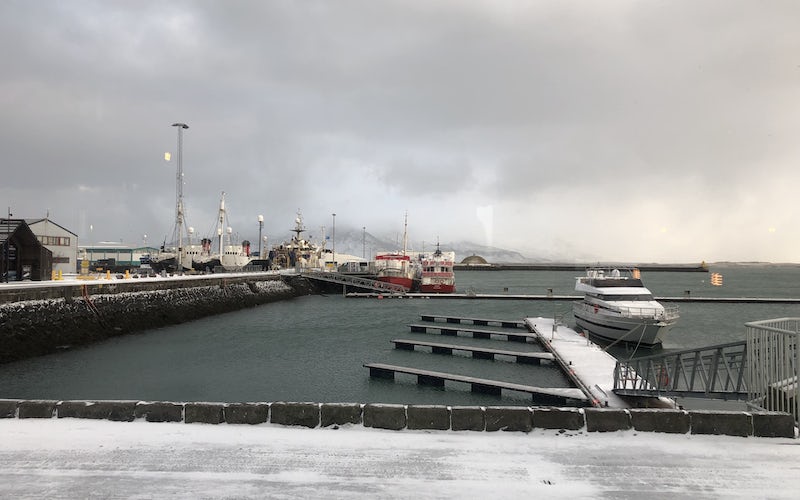 The view over the harbour from Kopar. Wonderguide/Nina.

Kopar has been one of my favourite restaurants in Reykjavik for some years. The restaurant is located right by the old harbour and their main focus is seafood and hors d'oeuvre.

I tried their brunch out recently and really liked it. Kopar‘s focus on small dishes is embraced in their brunch menu, which consists of seafood, small tacos, pancakes among other things. For a set price, you can order as much as you want from the menu, so make sure you‘re hungry when you arrive.

I was with a group of friends and tried out a lot of the dishes they had on the menu. My favourites were the crispy wonton langoustine and the dessert pancakes. 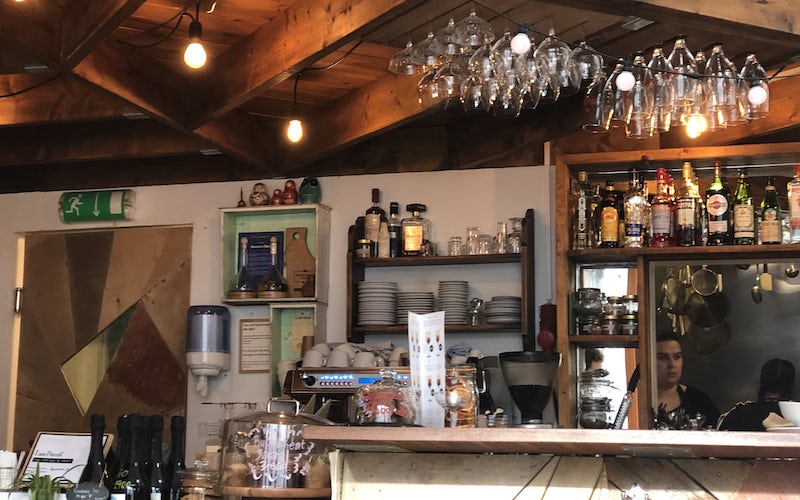 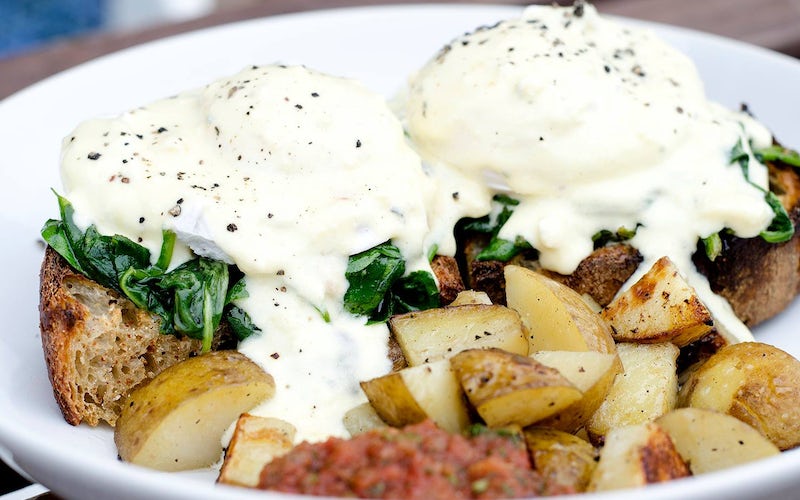 Coocoo‘s Nest is a go-to brunch place for many people who live in Reykjavik. This tiny little café/restaurant by the harbour offers classic brunch-dishes such as green eggs and ham, pancakes, omelette and eggs florentine.

Everything I‘ve ever tried at Coocoo‘s Nest has been absolutely delicious so I can‘t really recommend any one dish. It‘s a good idea to visit on a sunny day since the chances to get a table are higher when outdoor seating is a possibility. 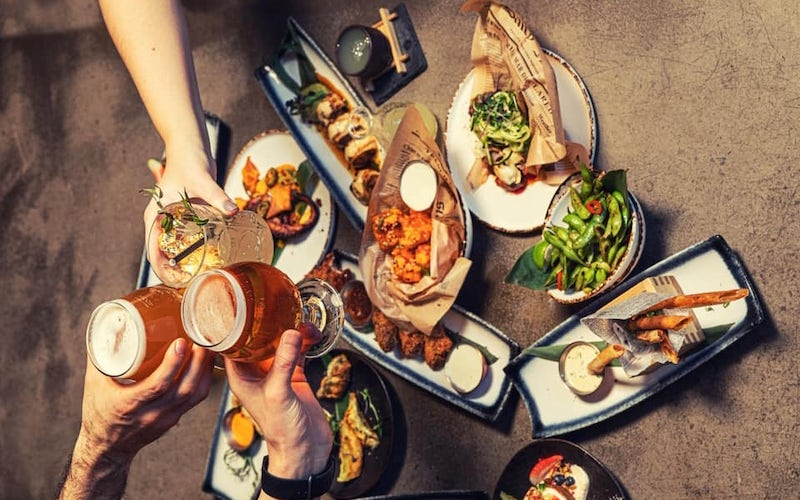 Did anyone say bottomless brunch? Public House is a gastropub on Laugavegur, which is the main shopping street in the city center of Reykjavik. They use Icelandic ingredients and are unafraid to infuse Asian tastes into traditional pub-food.

During brunchtime, you can order two courses at a time and as many drinks as you want for two hours. Currently, it costs 5.990 per person. There are plenty of interesting dishes on their menu, such as ceviche, lamb shank served in a donut and octopus.

Public House is not a very large place so it’s best to make a reservation if you can. 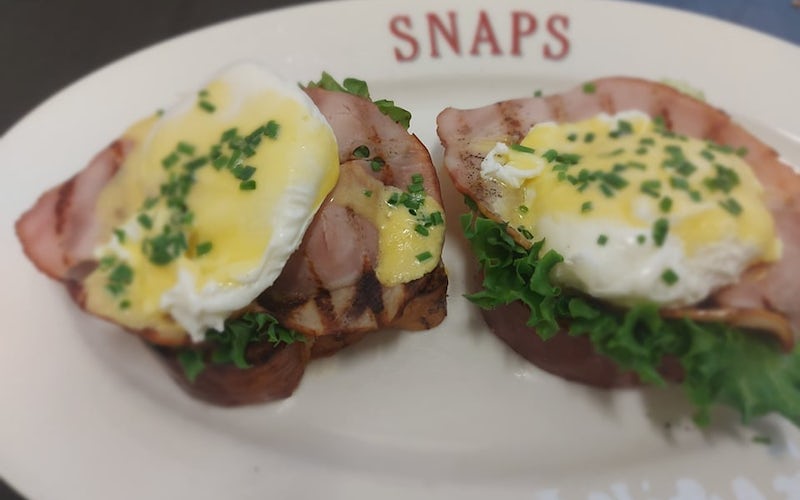 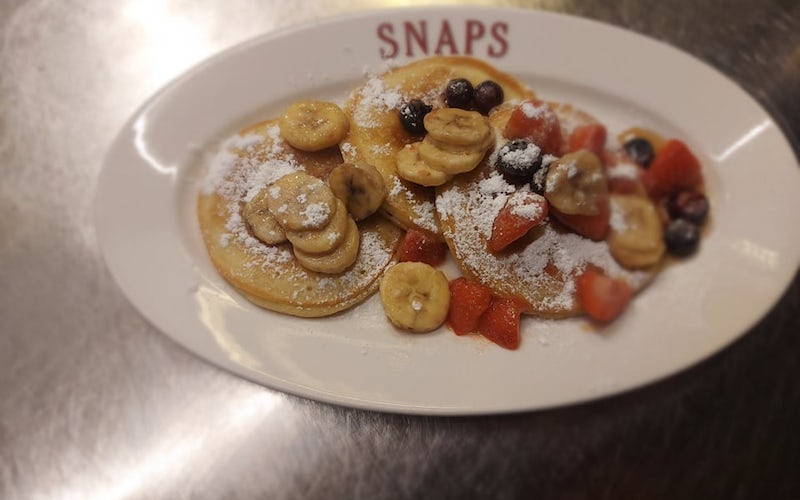 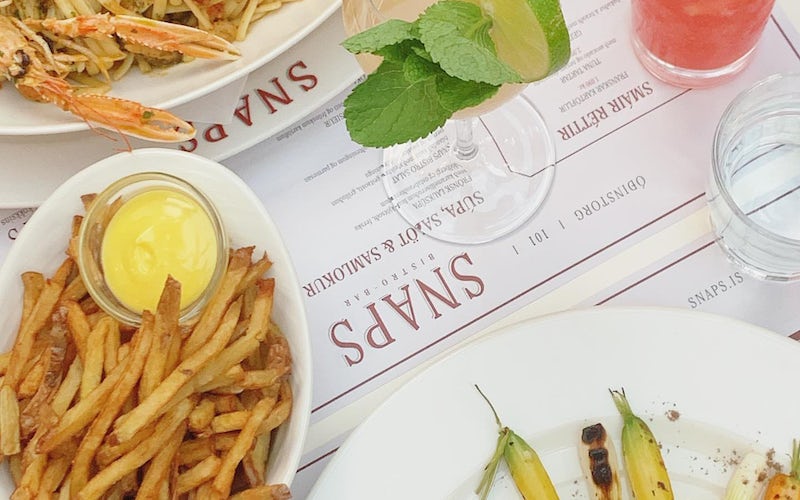 Snaps is a chic bistro, heavily influenced by French cuisine. For brunch, they serve classic dishes such as French toast, avocado toast and eggs Benedict.

I’ve always really liked the vibe at Snaps, which is elegant yet effortless. The interiors are beautiful and it’s full of plants. So lovely.

However, it is a popular restaurant, particularly during brunchtime. That’s why I recommend making a reservation if you possibly can.

There’s no particular dish I prefer, but I urge you to order fries on the side since they are absolutely amazing.

A Guide to the Grandi Area, Reykjavik (part 1)
Story

Reykjavík by a Local
Wonderguide

Visiting Iceland as a Vegan: The Only Guide You Need
Story