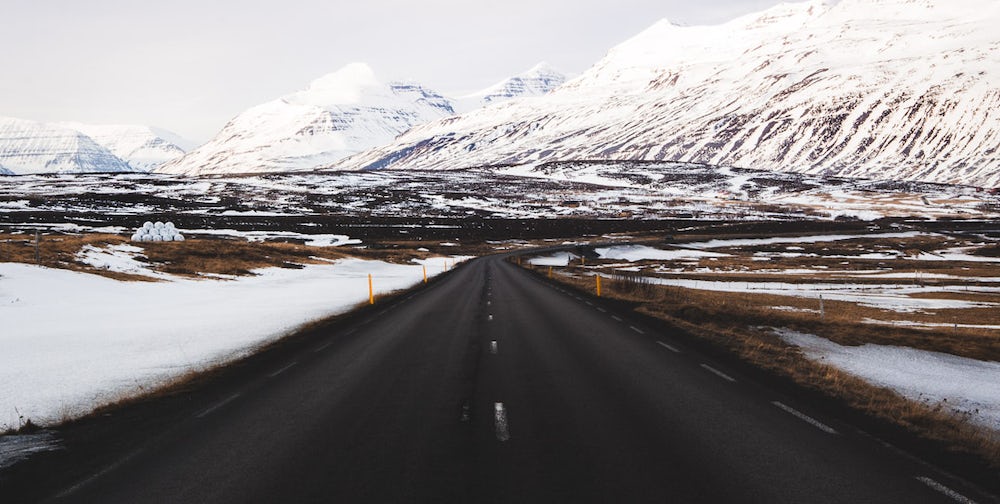 The 7 Best Day Trips from Akureyri

For those willing to make the trip up north, Akureyri in the north of Iceland, shines as a base for further explorations in the region. Read on to discover the absolute best day trips to take if you’re staying in the capital of the north.

Gnarled lava fields, rolling farmland, volcanic fissures, steaming geothermal fields, an abundance of bird life; Lake Mývatn is one of the most beautiful and diverse places in all of Iceland. Found just to the east of Akureyri, a day trip around the lake is easy to do, and you’ll see a whole lot in a small area. It’s basically the northern equivalent to the Golden Circle, except that most tours will end with a dip in the Mývatn Nature Baths before taking you back to Akureyri. 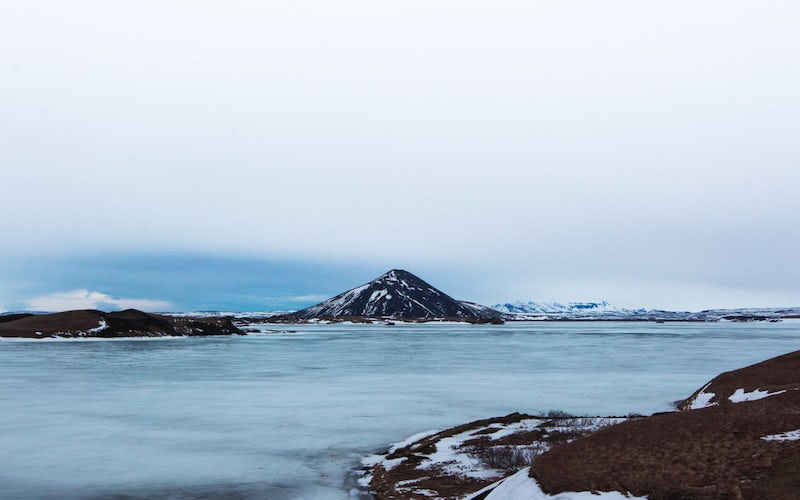 Most would think that this route is the Golden Circle of the north, but don’t be fooled by the name – it’s an entirely different beast. A day trip around this loop is a serious undertaking, but rewards those who make the effort with the Iceland that people imagine in their minds; vast lava fields, stunning canyons, spectacular mountains, and waterfalls. Covering a large swathe of area, the route delves into the northern end of Vatnajökull National Park, visiting the giant canyon Ásbyrgi and most powerful waterfall in Europe, Dettifoss. Below that is Krafla, one of the most active volcanic areas in the country, and on the western edge of the route is the pretty Húsavík, the whale watching capital of Iceland.

Book your Diamond Circle adventure here . It’s important to note that during the winter most tours will instead opt to turn this into a Dettifoss day trip , due to the harsh unpredictable weather and roads that aren’t serviced. 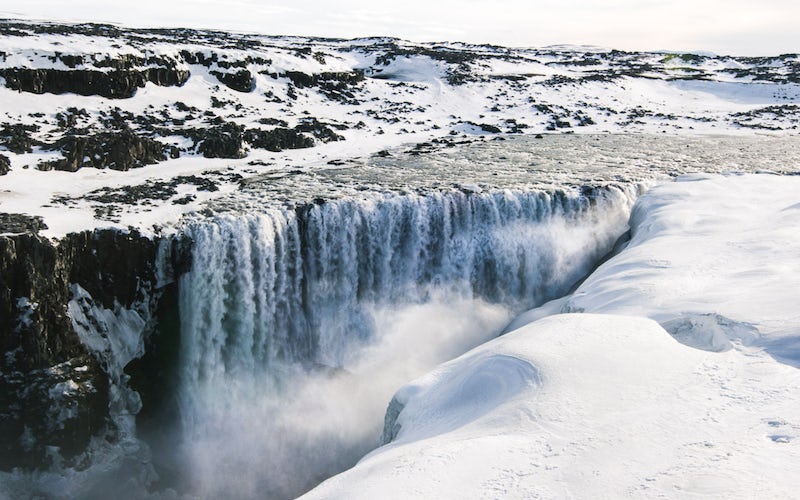 Since its inception in 1991, Iceland has become the unofficial capital of Europe when it comes to whale watching. April through to September are the best months for it, with over 20 species of whales flocking to the Icelandic waters which are rich feeding grounds thanks to long sunlight hours and a nice mixture of icy water from the north and warmer currents from the south. However, if you find yourself in north Iceland during the winter, don’t fret; tours are also available operating out of Akureyri.

Tours from Húsavík have long been the most popular, but as the tourism industry has expanded in the country a number of other options have popped up as well. Tours into Eyjafjörður and beyond leave from the harbor in Akureyri , as well as the small town of Hjalteyri up north along the coast. 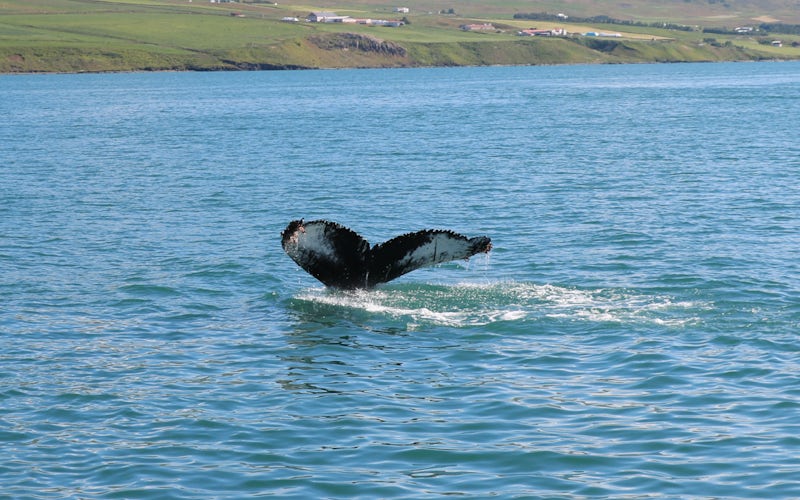 Far off the north coast lies the small island called Grímsey and Iceland’s only territory within the Arctic Circle, which cuts through the middle of the island. At just over 2 square miles (5.3km²), this tiny landmass is home to around 100 hardy Icelanders, far outnumbered by the millions of noisy sea birds that flock here in the summer months. Day trips to this fascinating location are great for wildlife fanatics and gives an interesting insight into the lives and experiences of the fisherman who call this small island home.

Boat tours leave from Akureyri daily (limited tours available in the winter time), or you can catch the public ferry to the island which leaves from Dalvík. Read all about what to expect on a day trip to Iceland’s only territory in the Arctic Circle here . 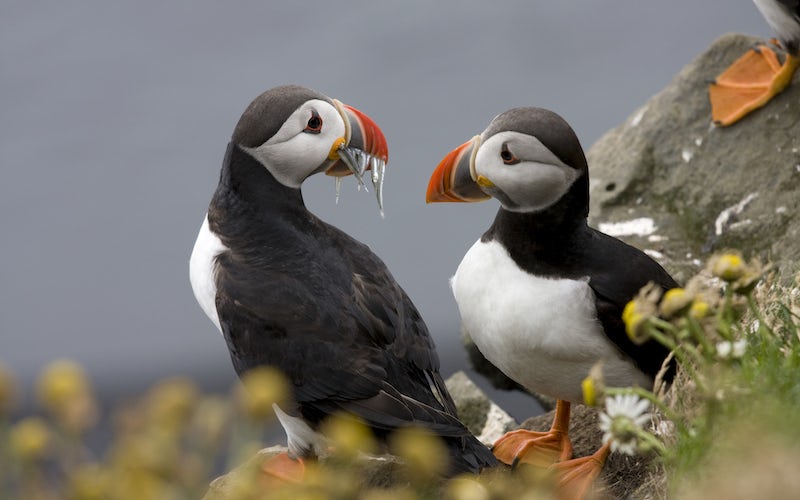 Jutting up into the ocean just to the west of Akureyri lies the little explored Tröllaskagi Peninsula. A day out around the peninsula provides an amazing road trip, thanks to a scenic road that hugs the dramatic coastline before diving into tunnels that burrow through mountains, linking small forgotten fishing villages dwarfed by the large mountains in the interior. Siglufjörður lies at the tip of the peninsula, which in its fishing heyday was at the heart of the herring industry thanks to the bountiful fishing waters just off the coast. Forgotten about after the herring were fished out, it’s starting to regain some popularity thanks to the new tunnels linking it with the rest of the towns on the peninsula. With its pretty harbour and isolated feel, it makes for a wonderful place to stop for a few hours and poke around. The sub-arctic coastline continues to impress as you swing around towards the west side of the peninsula, small settlements hiding away unexpectedly good restaurants and cafes, and at Hofsós you can take a dip in the public swimming pool that boasts possibly the best location of any in Iceland, overlooking Skagafjörður towards the peninsula across the water.

For something very different, you can also visit the first beer spa in Iceland at Árskógssandur, a small coastal village just before the town Dalvík. Read about the experience here . 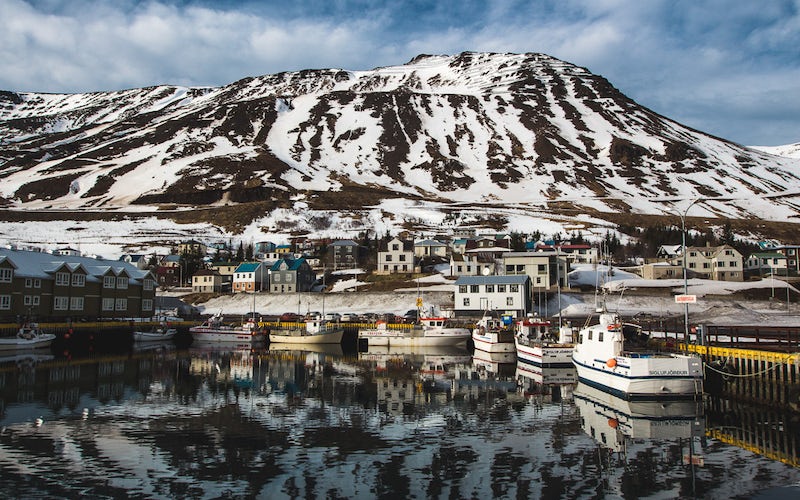 In the furthest reaches of the highlands lies one of Iceland’s most volcanic landscapes. Moulded over millennia by violent eruptions, you’re guaranteed to feel like you’re on the moon when you reach this destination. A glittering highland lake sits within the massive Askja volcanic caldera, which also houses the Víti explosion crater, a large crater filled with a warm milky blue water; a natural hot spring like no other. On the way you’ll pass Herðubreið, an amazing peak that is known as the Queen of Icelandic mountains, intense lava fields, and vast swathes of desolate moonscapes.
This is a very long day tour, only accessible with a 4x4 and only in the summer months. Taking a tour is recommended, which you can book here .

On the north-eastern side of Lake Mývatn lies an ancient lava cave, inside of which you’ll find some of the most impressive natural ice sculptures in the entire world. Situated at the base of the volcano Hverfell, tours will take you on a short walk through the extensive lava field that cover the area before you arrive at the cave. Awaiting inside is one of the most unique experience that you can have in Iceland.

Access is only granted with a tour guide, so book your tour now.