Here's my selection of five exciting, and somewhat atypical, destinations to visit in Iceland this summer. Enjoy!

Every summer I try to visit places in Iceland that I’ve never been to before. Iceland is only as big as the state of Kentucky so some of you might think that you can explore most of the things the country has to offer within a week or so. That is not the case. Due to Iceland’s remoteness and diverse landscape, you constantly find yourself discovering something new, even after weeks of traveling.

I decided to choose five destinations that are less known than the obvious attractions you’ll find in brochures and tourist magazines. These hidden gems are also less crowded than the typical attractions. 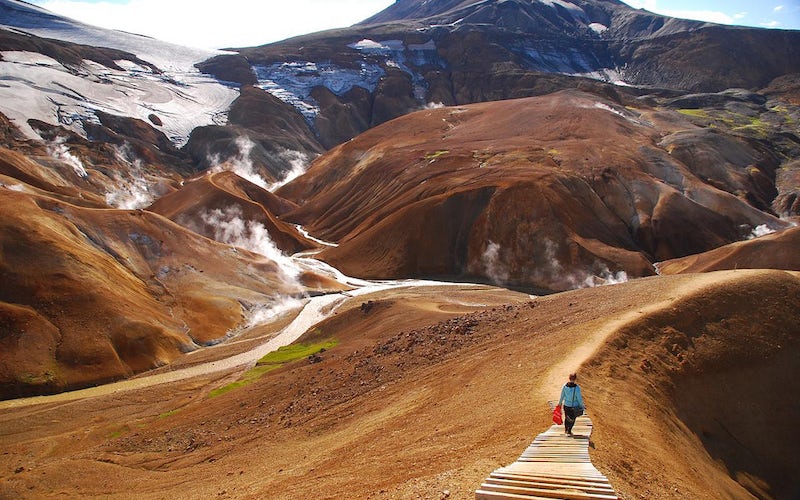 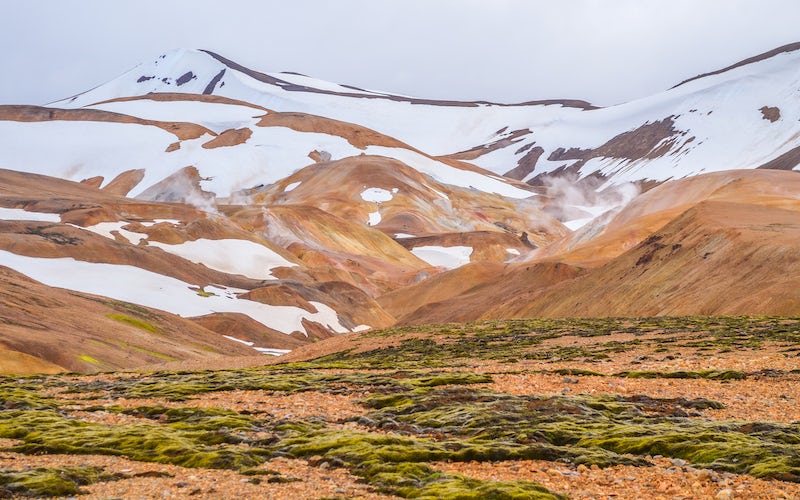 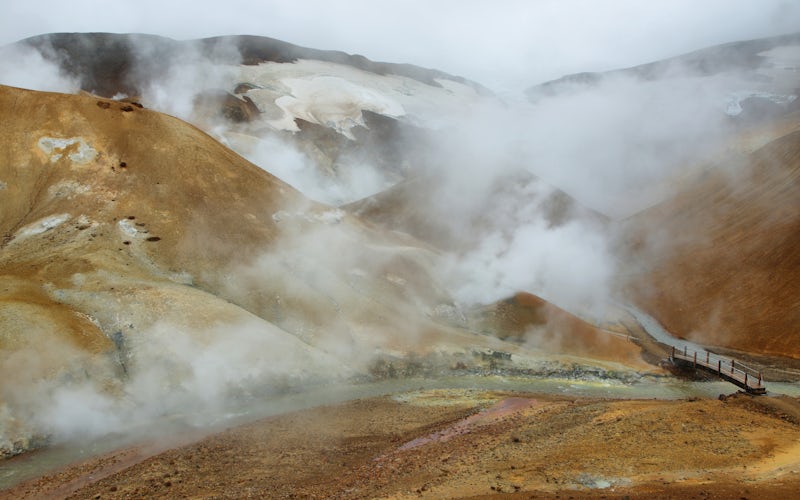 As you can see from the pictures, Kerlingarfjöll is a surreal place. Kerlingarfjöll is a rhyolite caldera complex in the Highlands of Iceland, not far from the Kjölur Highland Route. Since it’s a geologic hotspot, the area is surrounded by active volcanoes and natural geothermal pools.

Besides the geothermal activity, Kerlingarfjöll’s most distinct characteristic is its colorfulness. The reddish surface of Kerlingarfjöll stems from volcanic minerals.

There are numerous hiking trails in the Kerlingarfjöll area, some of them are even marked. The longest one, The Circle Route, is a 47 km (30 miles) long trail that takes you around Kerlingarfjöll. There are huts on the way so you won’t have to camp along the way unless you want to. Other hikes are shorter and doable in just one day.

Kerlingarfjöll used to be a ski resort but the ski lift has been closed down. The facilities still remain and it’s possible to book accommodation there. There’s a restaurant in the area, cooking facilities and a camp site.

How to get there: Most roads in the Icelandic highlands are open during the summer. Before you drive there, make sure you check out the conditions first. If you decide to visit Kerlingarfjöll in the wintertime, which is also possible, you will need a snowmobile or a superjeep to get there. If you do not have a rental car, there scheduled bus rides (Reykjavík-Kerlingarfjöll) from the 18th of June until the end of August. 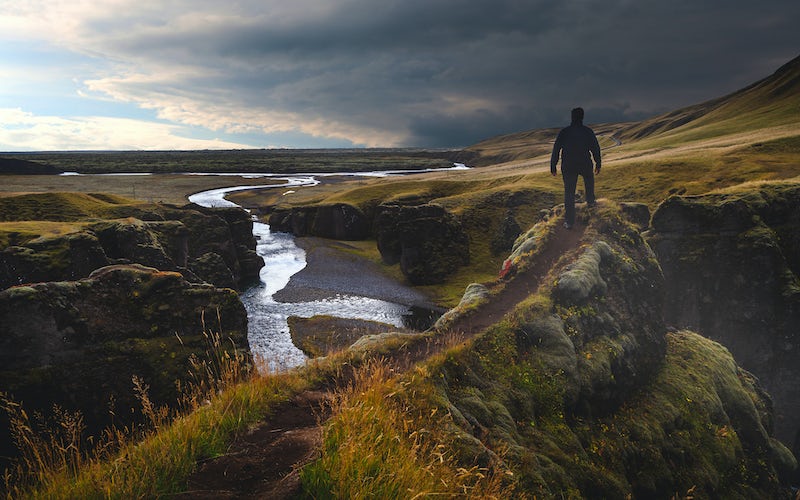 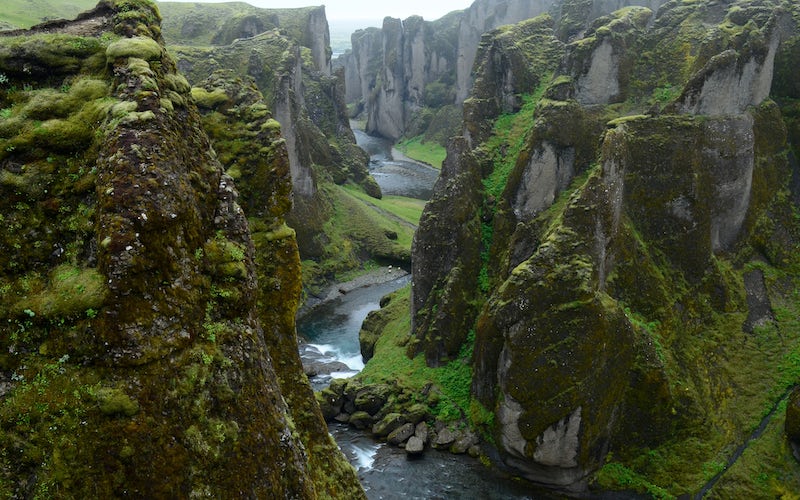 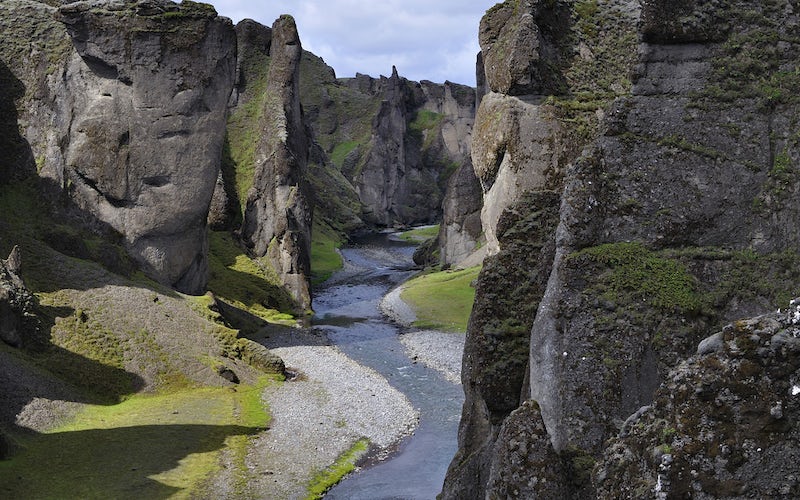 Fjaðrárgljúfur Canyon is located in southeast Iceland, not far from the village of Kirkjubæjarklaustur. This 1.2 miles long and 330 ft. deep canyon was formed around nine thousand years ago, at the end of the last Ice Age. There’s a river that flows through the canyon called Fjaðrá.

Although Fjaðrárgljúfur is located only 2 miles away from the Ring Road, it’s not completely accessible by car. You will have to park at a parking lot and then there’s a short hike that leads you to the canyon. The hike is very easy and takes you through a very lovely scenery.

If you are driving the Ring road anyway, I recommend that you take the time to visit Fjaðrárgljúfur Canyon. The detour won’t take longer than two hours.

How to get there: If you are on the Ring Road, driving east, turn left to road 206 (before Kirkjubæjarklaustur). Drive for a couple of minutes, until you come across an intersection. Turn left on the intersection and drive until you reach the parking lot. The last part of the way is unpaved so drive carefully, especially if your car is small. 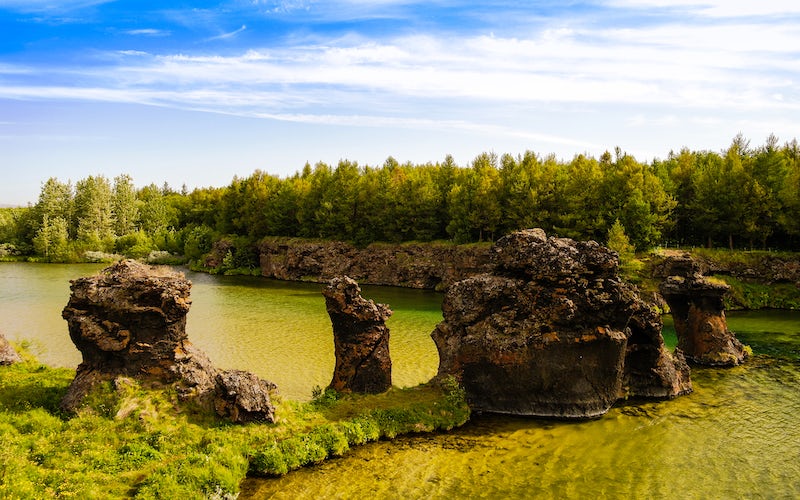 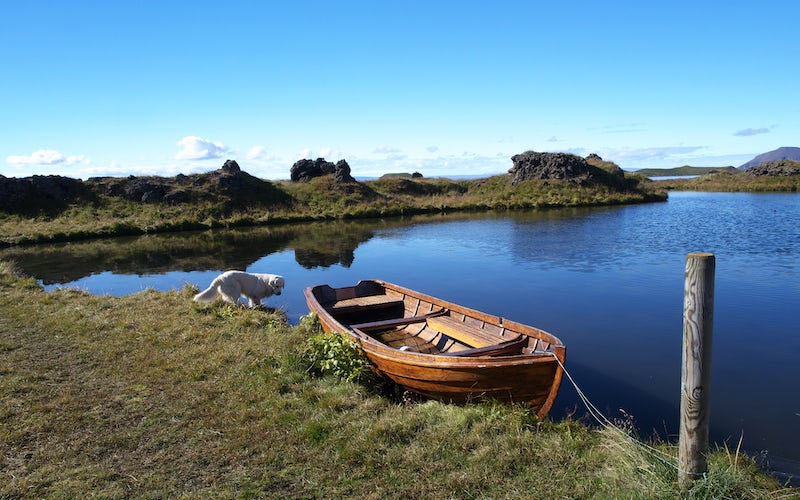 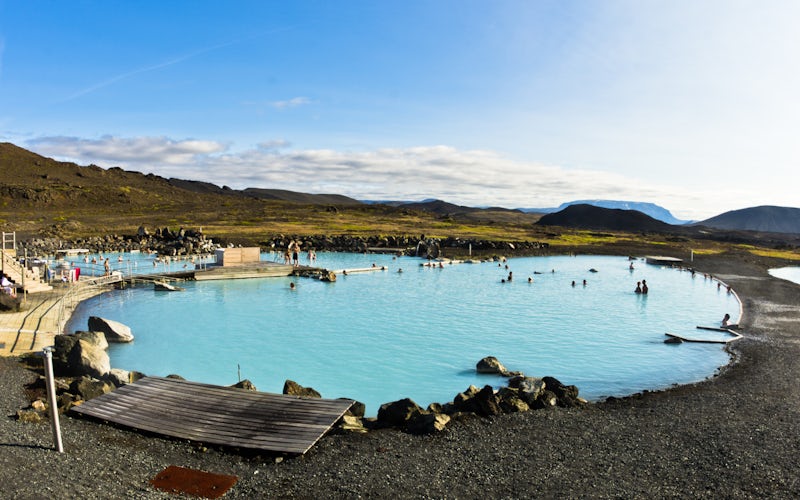 Mývatn is a lake in the northeastern part of Iceland, not far from Akureyri. The Mývatn area has a lot to offer and there are numerous attractions nearby.

The lake itself is 14 square miles. There are around forty small islands that are home to various species of birds. There is actually no place on earth where you can find more species of ducks than in Mývatn. Mývatn is also home to a very unique algae called marimo (Aegagropila linnaei). This ball-shaped cluster of algae is very rare and can be found in just a small number of lakes in Scotland, Iceland, Japan and Australia.

There are plenty of attractions to see around Mývatn. On the south coast of the lake, you’ll find a series of pseudocraters, called Skútustaðagígar. Pseudocraters are, just like the marimo, a very rare phenomenon. There is a marked hiking trail that takes you around the craters. It takes 20 to 30 minutes to walk the whole trail. You can find information about various hiking trails in the Mývatn area here.

Mývatn is bustling with geothermal energy and it even has its own “Blue Lagoon” – The Mývatn Nature Baths. This geothermal pool is probably the closest you get to the actual Blue Lagoon. It’s also less crowded and it’s not necessary to book a visit beforehand. A single entrance for an adult is 4.300 isk during the high season, which is cheaper than the Blue Lagoon.

There are plenty of tours and activities in the area, for example you can go horseback riding.

How to get there: There bus rides scheduled from Reykjavík to Mývatn at least three times a week. It is also possible to ride with Strætó but the ride takes almost eight hours due to a large number of stops along the way. If you are have a rental car, just drive the Ring Road until you come across Lake Mývatn. 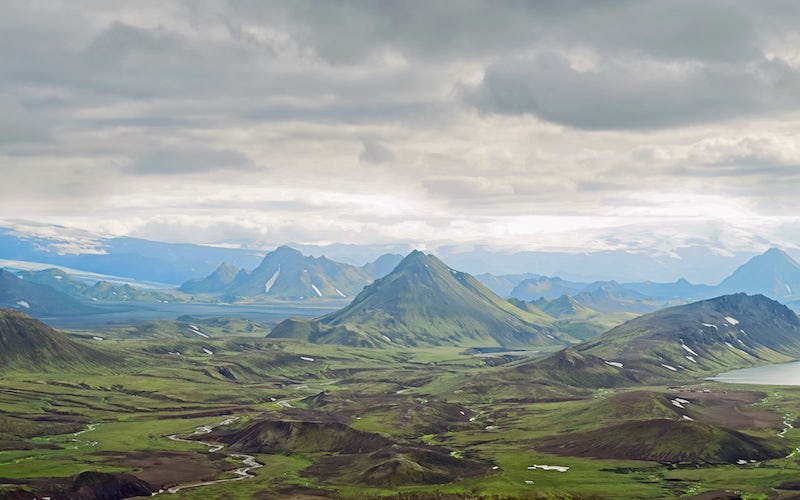 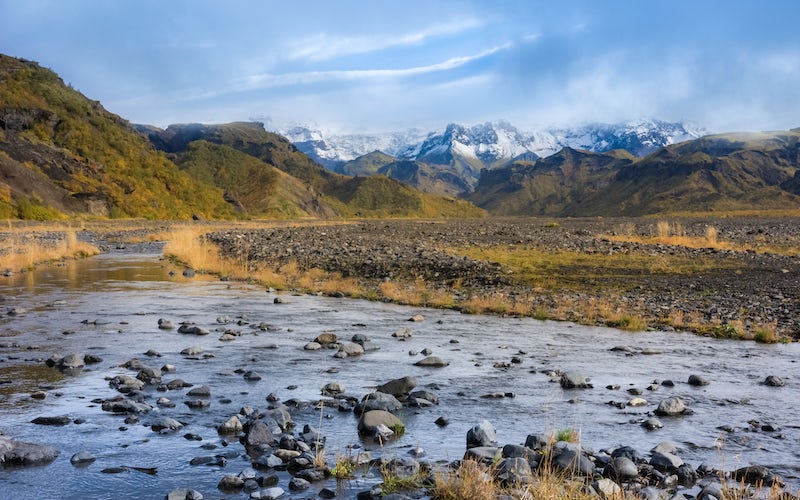 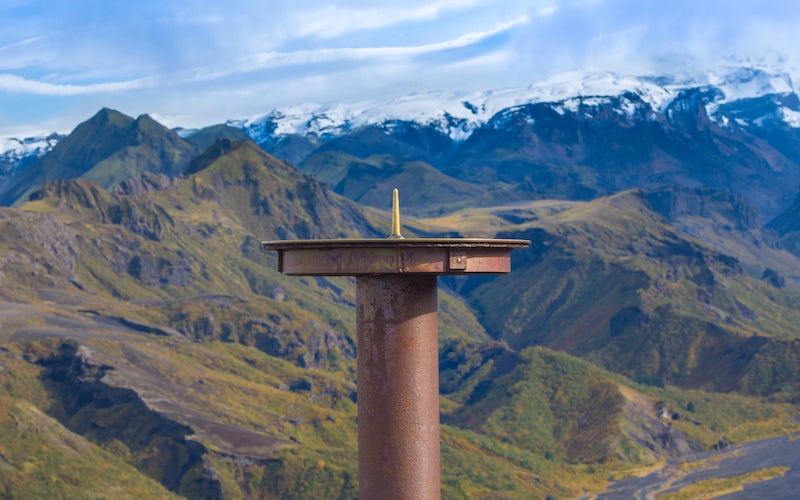 Thorsmork is a mountain ridge, located in south Iceland. The name literally translates to “Thor’s Woods”, referring to the Norse god Thor. The Thorsmork area is extremely beautiful area combining characteristics of the Icelandic Highlands, black sands and lush woodlands.

Thorsmork is a paradise for hikers. There are countless trails in the area, including the world famous Laugarvegur Highland Trek. It’s also the finishing point (or the starting point if you walk from north to south) of the Fimmvörðuháls Trek. If you are interested in hiking Fimmvörðuháls Trek as a one-day trek, here's a helpful article.

There is a nice campsite in Thorsmork but there are other alternatives for accommodation too: The Volcano Huts for example. Staying in Thorsmork for a few days is heavenly for hikers and nature lovers – it's the ideal place to visit during the short Icelandic summer.

If you're looking for guided hiking tours in the area, you can book that here.

How to get there: Thorsmork is not accessible for small/mid-sized cars since you have to cross several rivers on the way. If you are renting a car, let the staff know that you will be driving to Thorsmork and they'll find you a suitable jeep. Scheduled bus rides are available during the summertime. You can find more information on how to get to Thorsmork here. 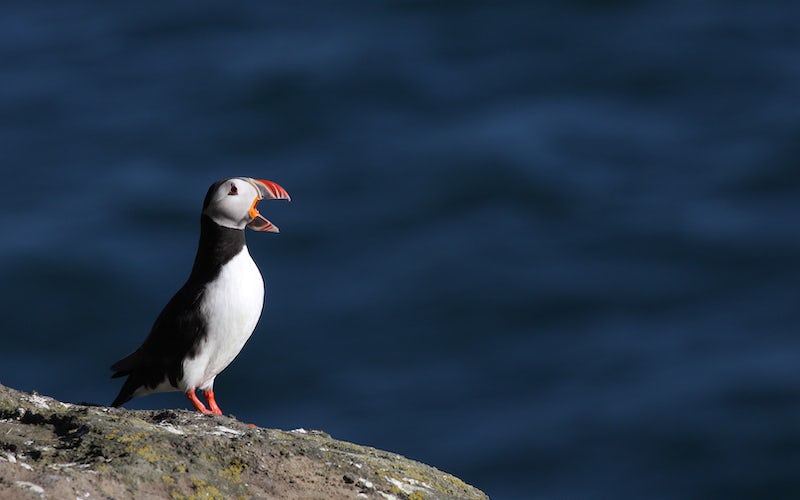 There are approximately ten million puffins in Westman Islands. Wonderguide/iStockphotos 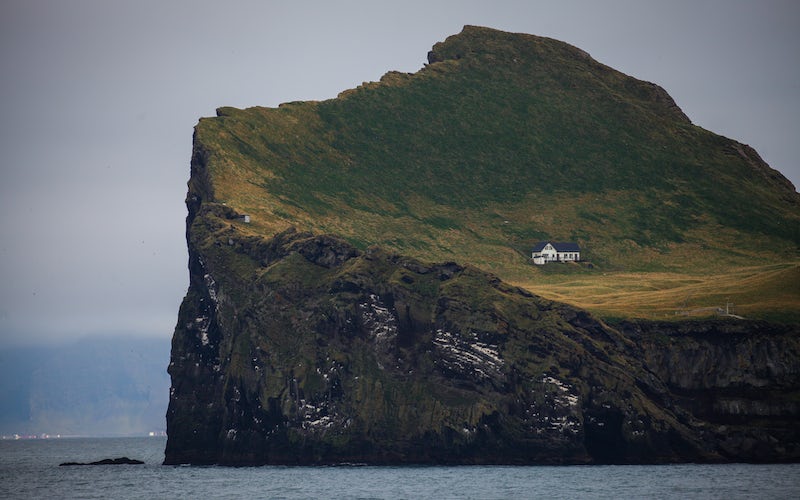 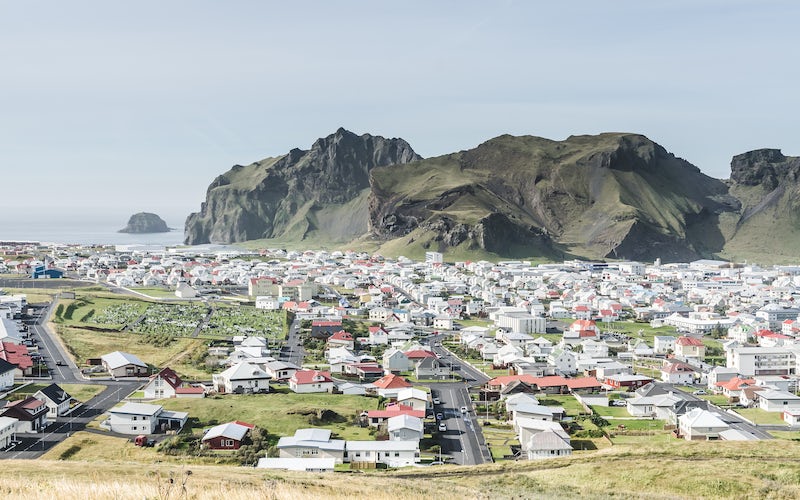 The Westman Islands (Vestmannaeyjar) are an archipelago just off Iceland’s south coast. The archipelago consists of several islands but only one of them, Heimaey, is inhabited.

The Westman Islands are a result of a 10–12,000 year phase of numerous volcanic eruptions in the area, which lies on the Southern Icelandic Volcanic Zone The latest addition to the archipelago, a small island called Surtsey, was formed during a four years long submarine eruption in 1963.

In 1973 there was another historical eruption when a small volcano called Eldfell erupted. Eldfell is situated on Heimaey, the only inhabited island. The eruption was unexpected and the people of Heimaey had absolutely no time to vacate the island. Fortunately, all of the inhabitants were saved in time.

There are plenty of things to do in the Westman Islands; including volcano hiking, puffin-spotting, visiting museums and going on boat trips. The islands are very scenic so make sure you bring your camera.

How to get there: Herjólfur ferry sails from Landeyjahöfn every day in the summertime and the boat ride only takes 35 minutes. More information can be found here. There are also direct flights from Reykjavik to the Westman Islands every day during the summer. 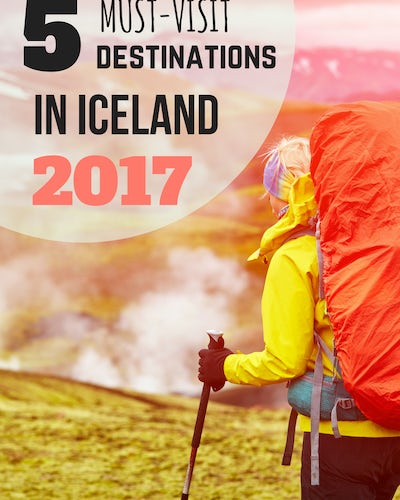 What To Do in Iceland in June
Story

Hiking Keilir: A Peaceful Escape on a Volcano
Story

The Best of The Westman Islands
Story

What To Do in Iceland in August
Story

What To Do in Iceland in July
Story