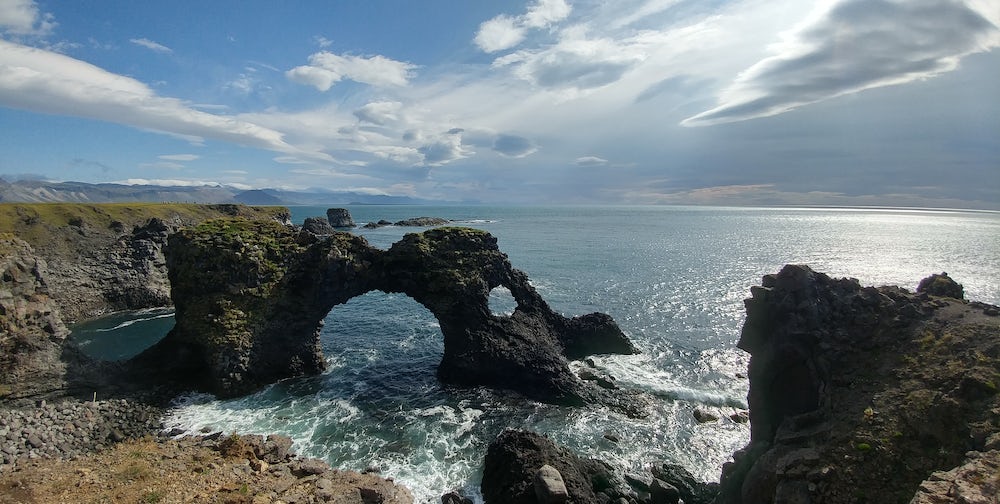 Seals and Sagas on the Snæfellsnes Peninsula: An Itinerary

This one-day itinerary takes you around Snaefellsnes Peninsula, west Iceland. You'll be stopping in places that are significant, both historically and culturally but the tour also includes some hiking and sight-seeing outdoors.

The beauty of Snæfellsnes, the peninsula just north of Reykjavík and extending westward into the Atlantic, has been celebrated by Icelanders and visitors alike for centuries.

From Jules Verne’s Journey to the Centre of the Earth to Halldór Laxness’s Under the Glacier, it’s a land that lends itself easily to literature. Many of the stories of Snæfellsnes go back to the Icelandic sagas of the medieval period, and any tour of the region should include stops at the sites connected with their most famous episodes. 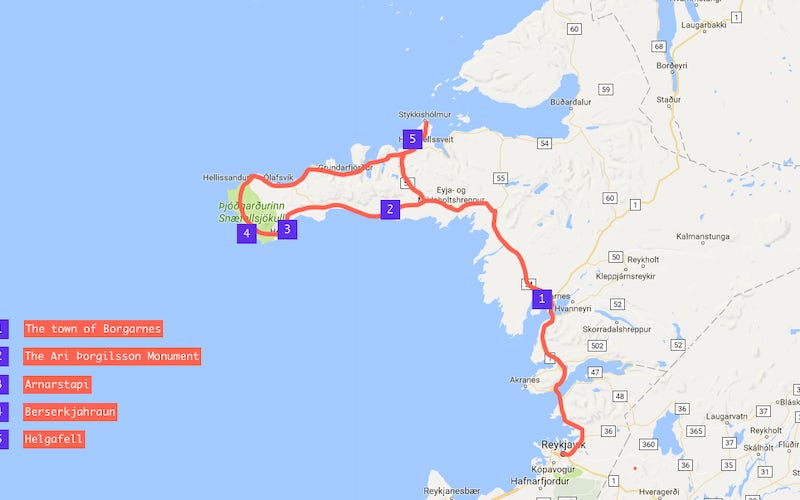 Drive northwards from Reykjavík on the ring road, turning onto route 54 at Borgarnes. If you have time, it’s worth making a stop in Borgarnes, the setting for much of Egils saga and the site of the titular character’s father’s tomb. It also features an excellent museum, recounting the events of Egils saga as well as the story of the settlement of Iceland. 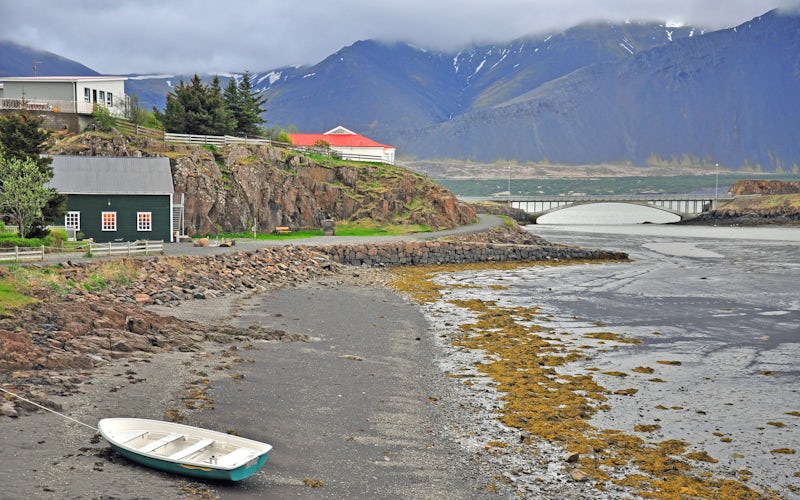 The town of Borgarnes. iStock/Arseniy Rogov.

Route 54 leads all the way around Snæfellsnes, and it’s easiest to follow it from south to north, with a slight detour at the tip of the peninsula.

The southern coast features few towns, as the sandy beaches made landing boats a challenge. On the northern side, deeper bays and fjords make the coastline more hospitable, and a neat line of mountains divides the two. At the southeastern end of the peninsula stands the monument dedicated to Ari Þorgilsson, composer of the medieval text Íslendingabók, or the Book of Icelanders. It’s a brief stop, but a good way to begin the literary tour of the peninsula.

Taking a walk at Staðarsveit is worthwhile for two main reasons. It is a beach of brown sand, unlike the volcanic black of Iceland’s south coast. It is also one of the best places to see seals. Common or harbour seals, recognisable for their resting ‘banana’ pose, lifting both head and tail at once, bask on the nearby skerries. Larger grey seals pop out of the water as well, their dark eyes looking around inquisitively. 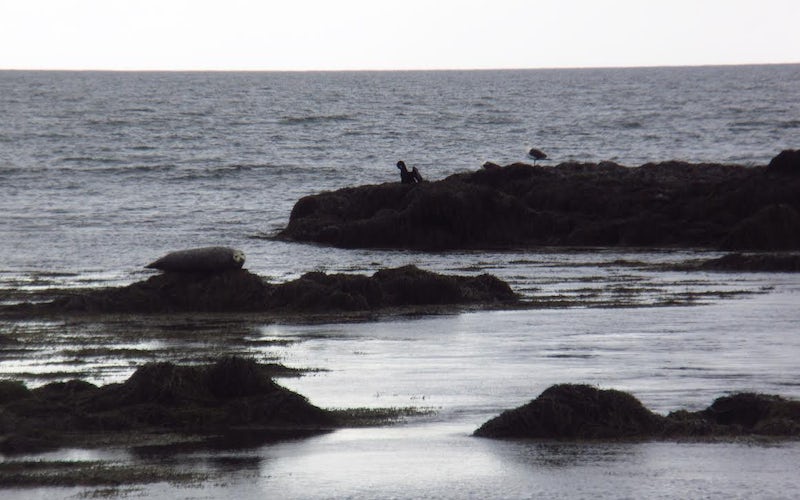 Can you spot the seal? Wonderguide/Karin 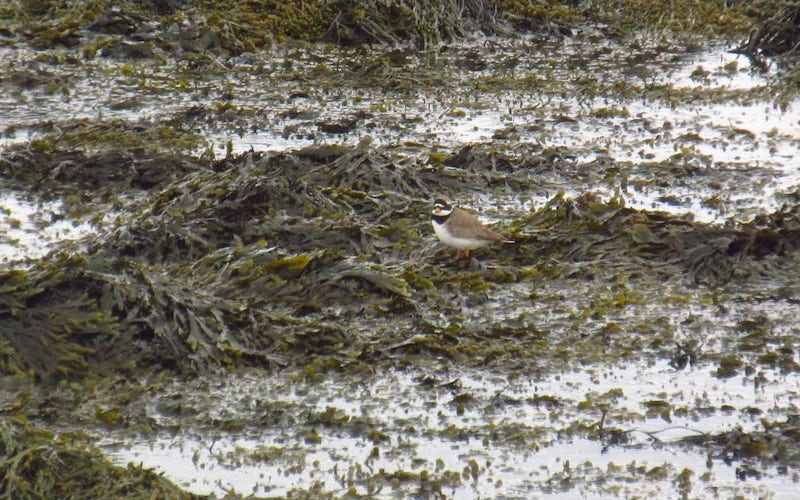 Readers of Eyrbyggja saga might be reminded of the seal rising mysteriously from the floor of the hall. Plenty of seabirds can be spotted along the shore, including ringed plovers, Arctic terns, and eider ducks. It’s an easy place to stop and stretch your legs after the drive from Reykjavík, and an enticing start to the exploration of Snæfellsnes.

Keep going westwards, turning left from route 54 onto Útnesvegur, continuing towards the tip of the peninsula. Stop in the town of Arnarstapi, where the view of Stapafell to the north is only matched by that of the cliffs and caves along the shore. Towering impressively over the path to the sea, the statue of Bárðr, hero of Bárðar saga Snæfellsás, greets travellers on their way. Stop and read his story on the nearby plaque, before carrying on to watch the gulls, fulmars, and cormorants diving in the spray. Watch your step — the caves extend some way into the land, and holes in the ground can give you a fascinating look inside. 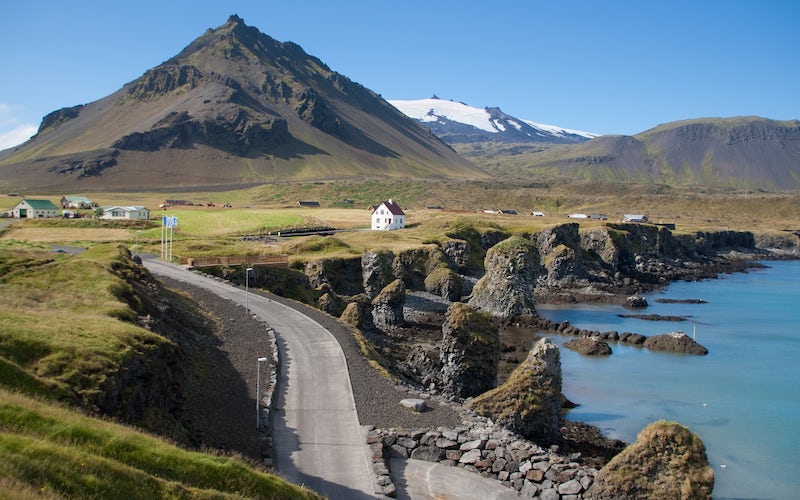 The village of Arnarstapi. iStock/santirf 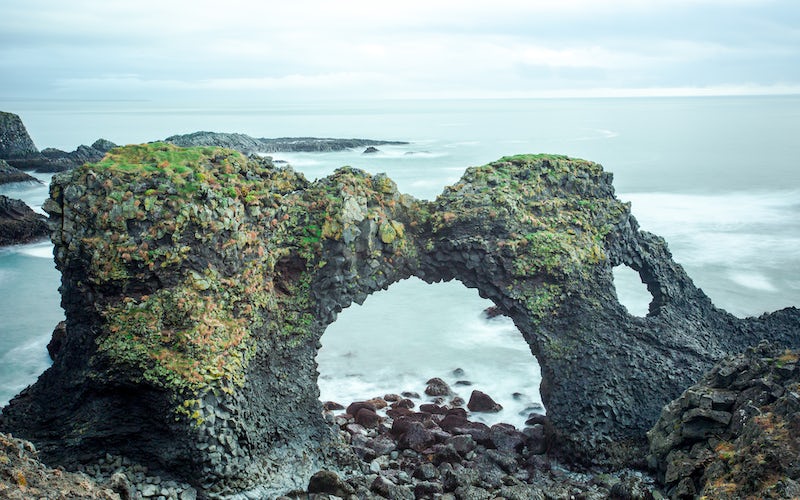 A stunning arch of lava at Arnarstapi. iStock/santirf

A little further west, you’ll find the lava field Berserkjahraun, which covers several miles and is crisscrossed with narrow paths. In Eyrbyggja saga, this is where the farmer Styrr ordered the two berserkers who worked for him to clear a road in a single day. Having promised his daughter’s hand in marriage to one of them, should they achieve this task, Styrr hoped that they would fail, but when they rose to the challenge, he killed them both and buried them in the lava field.

Today it makes for an easy but interesting hike: prepare to cross streams and remember where you started, as the field is deceptively broad and hilly. There are several points of access to the trails, making for plenty of choice in where you start walking.

The lava field stands close to the glacier, Snæfellsjökull, and you’ll rejoin route 54 as you make the turn towards the northern side of the peninsula. Here you’ll find more towns, though the sense of remoteness remains as stark as on the southern coast, and the beach at Djúpalón, just east of Ólafsvík, heightens this impression with its flotsam-strewn sands, scraps of rusty metal left over from the wreck of an English fishing trawler in 1948. 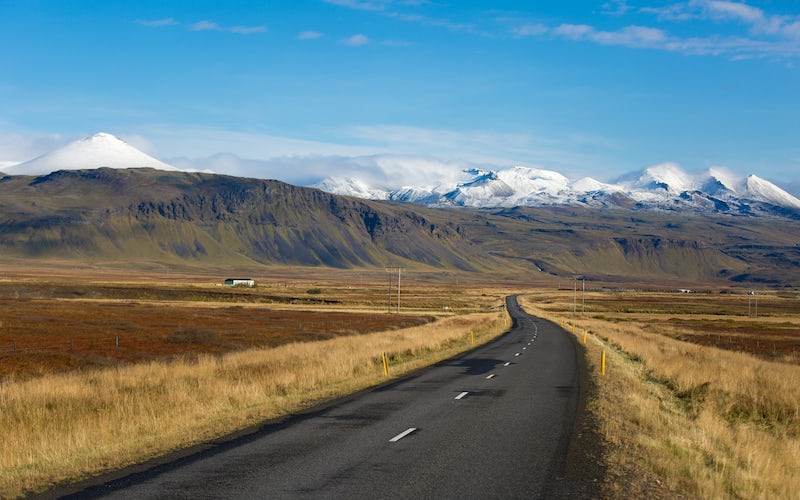 A glimpse of Snæfellsjökull glacier. iStock/dislentev

Further east, Helgafell — Holy Mountain — is located just outside the town of Stykkisholmur, and is a secluded spot from which to admire the chain of islands connecting the northern coast of Snæfellsnes to the mainland. The mountain has been considered sacred, and perhaps for this reason, an interesting tradition surrounds the trail to the top. It is said that if a person faces east, makes up to three wishes, climbs to the top without speaking or looking back, and finally, enters the small stone enclosure on the hill and recites a prayer, their wishes will come true.

The walk to the top costs 400 kr for trail maintenance, and can be paid in the small hut at the bottom of the hill. It’s a short, easy walk, but the panoramic view from the top is surprisingly vast. Take a moment on the way down to visit the grave of Guðrún Ósvífsdóttir, heroine of Laxdæla saga.

There are many places to stay along the peninsula if you plan on spending more time there. Several of the towns, including Arnarstapi, Stykkisholmur, and Ólafsvík, have guesthouses or holiday rentals which make a suitable base for exploring the area. However, it is also possible to visit from Reykjavík in a single, though long and eventful, day. It’s a good idea to bring food with you, as towns are often some distance apart, and grocery stores are few. 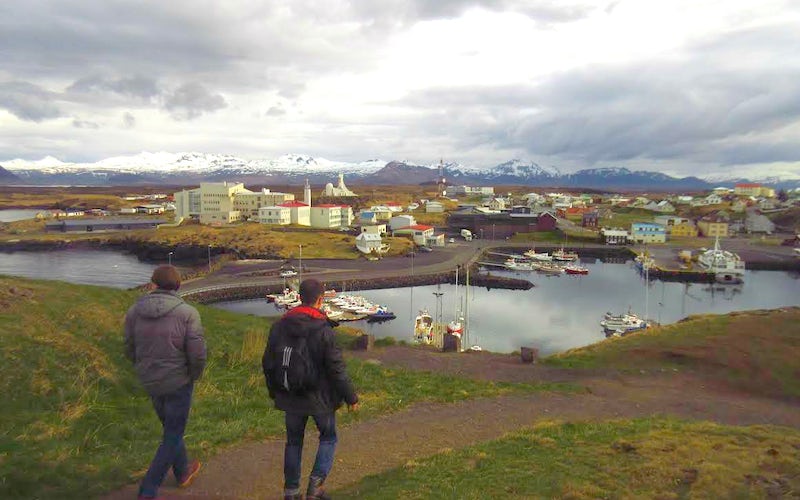 The town of Stykkishólmur. Wonderguide/Karin

Stock up on snacks at the Bónus in Borgarnes, or pick up a picnic lunch. Borgarnes, Ólafsvík, and Stykkisholmur all have a few restaurant options for lunch and dinner, and Arnarstapi is home to a cosy turf-roofed cafe. Whether you choose to take it all at once, or to spend more time there, the dramatic scenery of Snæfellsnes and its fascinating stories are an important part of Iceland’s landscape — both physical and cultural.

All of the sagas referred to can be found in translation at bookstores throughout Iceland (Mál og Menning, Eymundsson), or online at the Saga Database (sagadb.com). 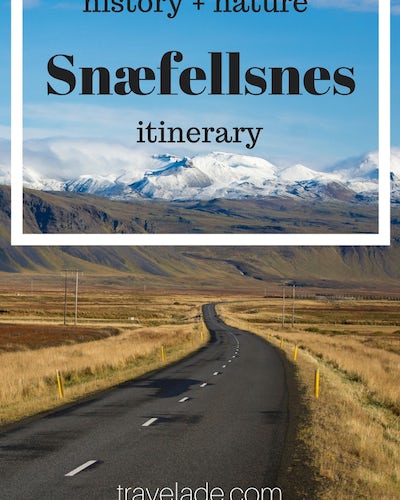 The Best of The Westman Islands
Story

Everything About Camping in Iceland
Story