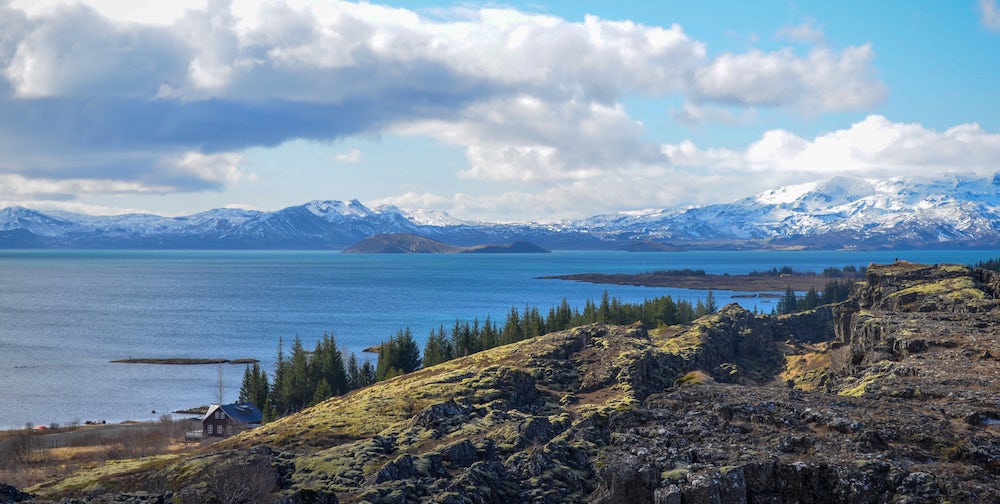 Read this Before You Visit: A Brief Overview of the History of Iceland

Planning a trip to Iceland, and want a little bit of cultural context? Here’s a very quick overview of the history of Iceland, from the age of settlement and the Vikings up until this day.

Let’s start with the basics. Iceland, or Ísland, is an island country in the North Atlantic Ocean. It is found along the continental divide of North America and Eurasia - and you can see these tectonic plates for yourself at Þingvellir National Park. Despite the name, it’s not the coldest place in the world – though it is incredibly windy, so pack accordingly! On a map, you can see that we are closest to the Faroe Islands, Greenland, the UK, Norway, Sweden, and Finland.

The capital here is Reykjavík, which happens to be the northernmost capital in the world. The language spoken here is Icelandic, though many Icelanders are bilingual or multilingual, and English is generally understood and spoken. Still, while you’re here, why not try out some Icelandic?

Iceland is home to an incredibly rich and detailed history. You may notice plenty of history museums throughout the country, in particular those dedicated to the Settlement, maritime history, and volcanic or natural history. Why’s this so? Well, Icelanders held a tradition throughout the ninth to eleventh centuries of keeping a written history in the form of the Sagas, or Íslendingasögur. In particular, the Saga Museum in Reykjavík has a very interesting website, which offers thorough summaries of some of these legends. It’s a great resource if you’d like to learn more!

Also, since the written form of Icelandic has not changed drastically throughout the ages, the language used in old texts is still fairly understood, and so this history is still accessible to the masses. Icelandic itself comes from Old Icelandic, which was a form of Old Norse. Finally, the island is very active geologically, and so there is plenty of natural history – from volcanoes to floods – that can be studied.

This may seem like a lot – and it is. But I’m here to offer a very quick glimpse at this country’s history and culture – that way you can have a bit of context before roaming through museums and bookshops and even national parks while here. So let’s dive right into the Settlement of Iceland, shall we?

Yep, most travelers to Iceland are pretty excited to learn about Vikings. As detailed in the medieval work Landnámabók, or “Book of Settlements,” the Norse arrived in Iceland in the 800-900s. In particular, the first Norseman described to have come to Iceland was called Hrafna Flóki Vilgerðarson. Did you know that the Celts, in particular the Papar Irish monks, were already there by the 7th or 8th century? [1] In this book, thousands of people are described in over 1000 settlements.

In particular, 435 Norsemen were the original settlers, arriving in the 870s. Reykjavík itself was founded around 874 by Ingólfur Arnarson, a Norseman who moved to the area along with his wife and brother. Recently, however, there have been studies disputing the Landnámabók - for instance, in a genetic study done by Helgason et al., around a quarter of the settlers were Gaelic. [2] This is likely due to the movements of the Norse through the British isles before settling in Iceland - which, did you know, was one of the last areas in Europe to be colonized? [2]

One of the oldest constructions in Iceland is a wall that dates all the way back to around 871. You can learn more about this, and a hall dating back to 930 that was excavated in 2001, in the Reykjavík City Museum’s Settlement Exhibition, Reykjavík 871± 2, located at Aðalstræti 16. There, you can see how life in the Settlement Age truly was. Interested in archaeology? Iceland’s a pretty interesting place for you. I also recommend the National Museum, Þjóðminjasafn Íslands, at Suðurgata 41. This museum has a rich collection of cultural artifacts from the Celts and the Norse all the way up to modern times, and in particular a very interesting portion of the museum is dedicated to an archaeological dig. 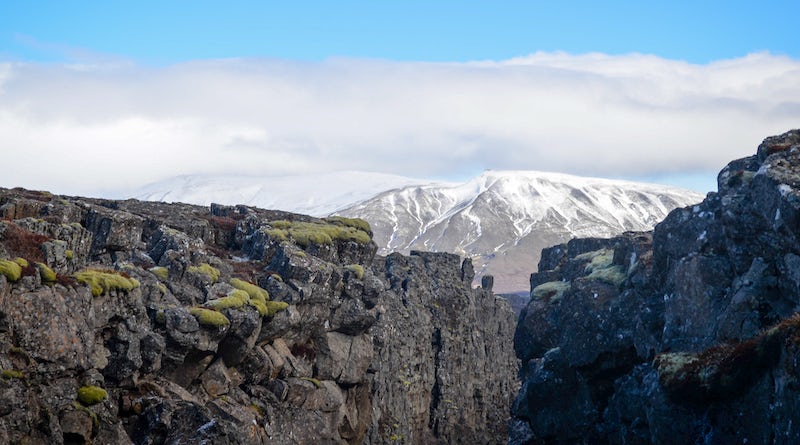 Okay, so now we’re all settled in here in Iceland. What happened then? A country tends to form a government of sorts, right? A legislature? The parliament here in Iceland is actually the oldest in the world – it was founded in 930, and is still operating.

Called Alþingi, or Althing, you can actually visit the location where the parliament’s sessions were originally held, at Þingvellir, a gorgeous national park that is included in many tour options. It’s really not to be missed. Nowadays, the parliament house, or Alþingishúsið, is in Reykjavík, built in 1880.

As you’ll see below, Iceland was under sovereignty of both the Norwegian king and Denmark throughout its history. This resulted in an unsteady history of the Althing – it was closed in 1800 by the Danish king, and then reestablished 43 years later. [1] 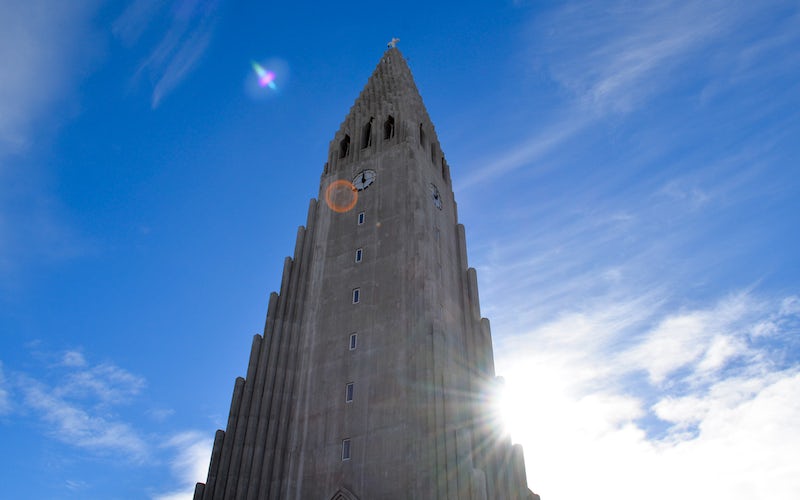 Around 1000, Christianity became widespread in the young country. Indeed, Iceland still has a National Church that is active today, though this current Church was founded in 1540. You may remember from above that the original men in Iceland were Celtic monks. However, the Norse settlers which came after worshiped pagan gods. After some time, as Christianity spread through Europe, of course some missionaries found their way towards Iceland as well, and began to influence the Icelandic chieftains, called goðar. [3]

This resulting religious tension between the Pagans and the Christians was eventually ended – formally, at least – in an official conversion to Christianity at the Althing, though paganism was still tolerated. [3] You may remember that I mentioned today’s church in Iceland is a bit different – in the mid-1500s, the Reformation in Iceland began by a Danish decree to convert to Lutheranism. [4] The Evangelical Lutheran Church, or Hin evangelíska lúterska kirkja, still is active today.

You may be wondering where the Danes came in – in fact, after a period of bloody civil war between clans, Iceland came to be under sovereignty of Norway around 1262, and then unified with Denmark in 1387. [1] This was not an easy time for Iceland. Rather than leave you on the brink of you’ll seat, I’ll speed through quite a bit of history and spoil the ending for you: Iceland began to rally for independence around the 1850s, and home rule was finally granted by Denmark in 1904. Iceland entered a union with Denmark in 1918. [1] Finally, on 17 June 1944, Iceland became a formal Republic of Iceland, as the country stands today.

Whew – please, keep in mind that this is only a very brief glimpse at centuries of rich and complicated political history. For more information on any of these subjects, definitely see the sources I’ve listed below.

Plague, Volcanoes, and the Dark Ages

Not to give you a bit of historical whiplash, but not all was smooth sailing, so to speak, before the independence of Iceland, and so we must return back further into the past in this section. As I mentioned above, Iceland’s a pretty active volcanic island. There have been plenty of disasters affecting the lives of Icelanders throughout history. In particular, some major events happened which wiped out a large portion of the population in what is known as the Dark Ages.

Heading back to the early 1700s, the Bubonic Plague, or the Black Death, which I’m sure you’ve heard about, also reached this little island. In the end, it wiped out around an entire third of the population – it was utterly devastating. [4] This, coupled with the 1783 eruption of Laki, resulted in a horrible period of the Dark Ages. This eruption lasted eight months and led directly to widespread famine and the loss of another large portion of the population, as haze affected livestock and crops. [5] For some context, the climatic effects of this volcanic eruption were on a global scale. 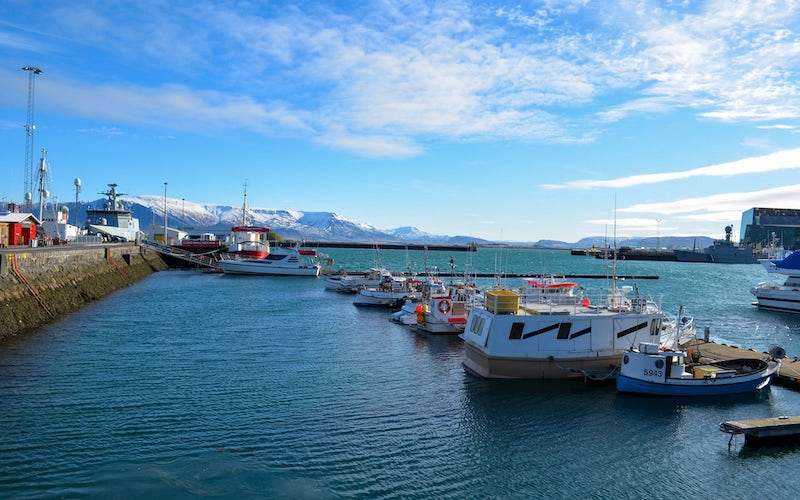 Indeed, livestock and farming are essential to life here in Iceland. Major industries here include fishing, dairy farming, geothermal energy, and hydroelectric power. In particular, Iceland is home to incredibly rich fishing grounds. However, the fishing industry has had several “cod wars,” or Þorskastríðin, over fishing territories with Great Britain – from 1958-1961, and in the 1970s. [1] Iceland found victories in all of these territorial disputes. 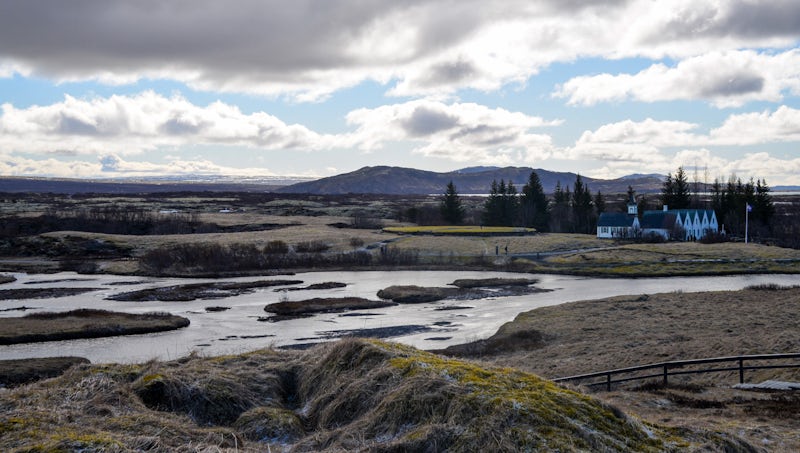 Ah, let’s settle into the 1900s and today, shall we? Did you know that Iceland does not have a military? In 1940, the country was occupied by British troops, and then US troops from 1941 for WWII. Also, in 1949, the country became a founding member of NATO.

Iceland is seen worldwide as a fairly progressive nation. Vigdís Finnbogadóttir was the first woman to be elected head of state, and Jóhanna Sigurdardóttir was the world’s first out LGBTQIA prime minister.

Iceland has also made international headlines in other ways – for instance, you may recall a certain Eyjafjallajökull eruption in 2010, and the havoc wreaked upon air travel (as well as newscasters worldwide struggling to pronounce Eyjafjallajökull. Can you do it?) Additionally, you may have heard of the financial crisis resulting from banking defaults in 2008. And nowadays, as you, my wanderlusty reader may know, this beautiful country is home to a booming hospitality tourism industry.

A Trip to Reykholt: The Snorri Story
Story