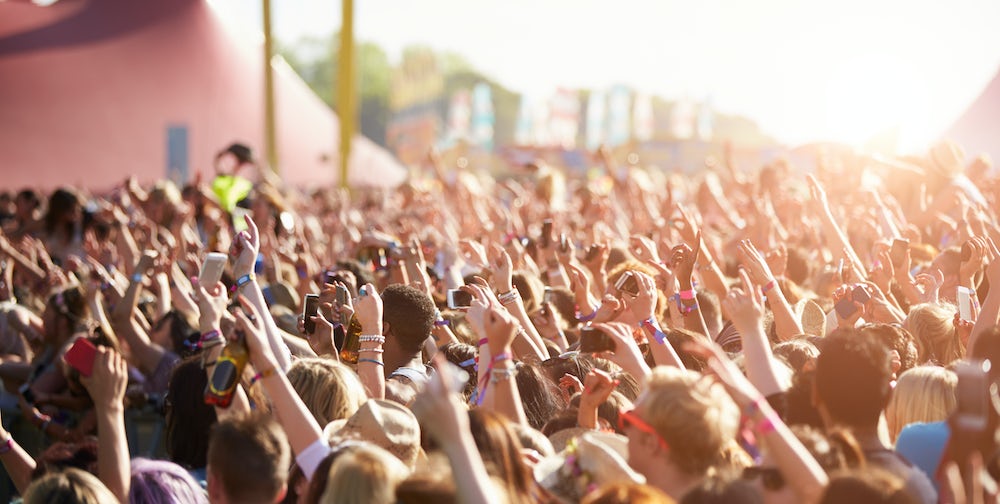 Music Festivals in Iceland During the Summer

Music lovers know that no vacation is complete without a musical experience. I gathered some of the best music festivals that take place during the summer in Iceland.

Reykjavik Midsummer Music is a four-day festival that celebrates both classical and contemporary music. The artistic director and founder of the festival is Víkingur Heiðar Ólafsson, a renowned Icelandic pianist.

The festival took place for the first time in 2012 and has been growing steadily since then. The programme is an ambitious combination of classical and contemporary music, by famous composers and less known musicians alike.

The artistic vison of Reykjavik Midsummer Music isn't just about music, it's also about visual arts and poetry – and the boundaries aren't always clear. Each festival has a different theme; this year's theme is freedom.

Although Reykjavik Midsummer Music is one of the most recent classical/contemporary music festivals in Iceland, it has gained a very impressive reputation. The Reykjavik Grapevine called the festival "absolutely unmissable" and the Icelandic Journal Fréttatíminn called it "one of the highlights of the musical year".

I didn't select Reykjavik Midsummer Music purely because of my interest in classical music – I believe it has an appeal to everyone who loves music and the arts.

When? The exact dates vary from year to year but it's always held around the summer solstice.

Where? The festival takes place in Harpa music and conference hall.

Secret Solstice is kind of the outdoor/summer-version of Iceland Airwaves. The focus is mainly on indie and electronic music, with some big headlines in between (Radiohead, Massive Attack and The Prodigy to name a few).

Secret Solstice Festival was an instant hit when it was first held in the summer of 2014. It has now become one of the largest music festivals in Reykjavik and it's both popular with locals and tourists.

The festival takes place around the summer solstice, just like Reykjavik Midsummer Music. In this time of year in Iceland, the sun hardly sets at all. An outdoor music festival during the bright nights of the arctic summer is simply an unforgettable experience – there's a strange sense of energy in the air.

There are still tickets left for the 2017 event, you can buy a festival pass here.

When? The exact dates vary from year to year but it's always held around the summer solstice. This year it's from the 15th until the 18th of June.

Where? The festival takes place in an outdoor area in Laugardalur, not too far away from Reykjavik's city center.

Eistnaflug is a heavy-metal festival that takes place in Neskaupsstaður in the Eastfjords of Iceland. The festival took place for the first time in 2005 and has been an annual event ever since.

The festival's duration is four days and according to the website of Eistnaflug, the population of Neskaupsstaður doubles in size during that period!

The artists performing at Eistnaflug are the biggest names of Iceland's heavy-metal scene along with some foreign artists as well. The lineup for 2017 includes popular Icelandic rock band such as Dimma, Skálmöld, Sólstafir and Ham (a punk band fronted by Iceland's Minister of Health).

Neskaupsstaður is a lovely town and well worth a visit. There are all kinds of interesting attractions in the Eastfjords – a destination often overlooked by tourists due to its long distance from the capital.

The drive from Reykjavik is rather long though, it takes about 9 hours. The northern route and the southern route to Neskaupsstaður are almost equally long so you could just as well drive the whole circle around Iceland instead of going back and forth. Read more about driving the Ring Road of Iceland here.

Bræðslan is a music festival that takes place in Borgarfjörður eystri, a small town in the Eastfjords of Iceland. The main focus is on popular Icelandic music, with an occational performance of international artists.

The lineup for the past years includes artists such as Of Monsters and Men, Bubbi Morthens, Ásgeir Trausti and Emiliana Torrini.

The concert venue is very unique – it’s an old rendering house. The town of Borgarfjörður eystri is often said to be the most beautiful settlement in Iceland. It’s a paradise for those who love outdoor activities and the mountains surrounding the village are an adventurous challenge for hikers.

When? The festival is a single-night event that takes place in late July.

How much? A ticket costs 8.900 isk (90 usd). Unfortunately there are no tickets left for the festival this summer.

Lunga is an art festival that takes place in Seyðisfjörður, also in the Eastfjords of Iceland. The festival started out as an art work shop for teenagers and young people. Now it’s a combination of work shops, concerts, art exhibitions and other art events.

Lunga is probably one of the hippest festivals you’ll find in Iceland (their website illustrates my point quite clearly). If you go there, be open minded and expect the unexpected. There’s always something at Lunga that will take you by a surprise.

The duration of Lunga’s workshops is one week but the concerts usually take place over the weekend. The lineup for this summer hasn’t been announced yet but last year’s lineup included some super hip Icelandic artists, such as GKR, Hatari and Human Woman.

Seyðisfjörður is far away from Reykjavik but it’s in my opinion a town well worthy of a visit. It is the “cultural capital” of the Eastfjords, known for being a refuge to visual artists, musicians and writers. The surrounding nature is absolutely stunning.

Swing, Salsa and Hop: Where to Put On Your Dancing Shoes to Reykjavík
Story