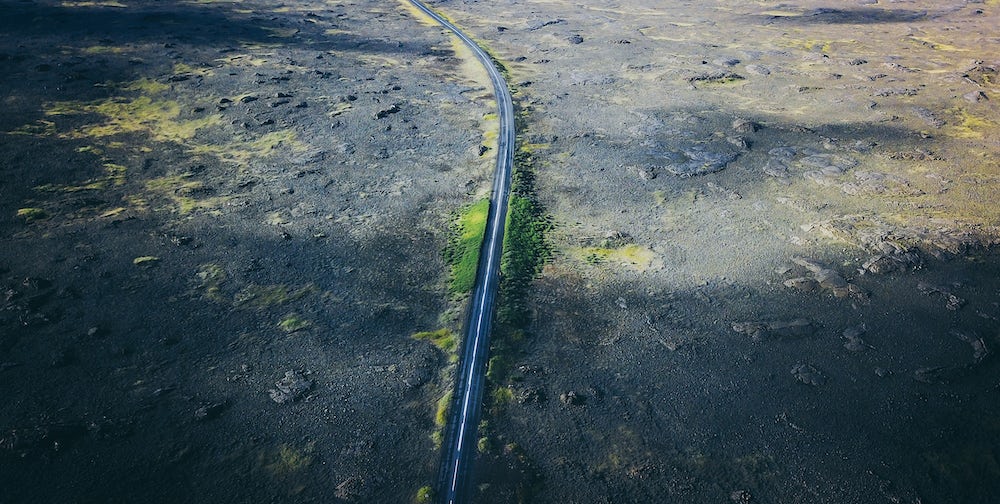 How to get from Keflavik Airport to Reykjavik

Here's some essential information about getting from the Keflavik International Airport to Reykjavik, the capital of Iceland.

Keflavik Airport is Iceland’s international airport. It’s located around 30 miles (48 kilometers) away from the city centre. In this article, I’ll tell you about the options available for transport between the airport and the city. The drive takes around 45 minutes.

Disclaimer: The prices are subject to change due to currency fluctuation and other factors.

The most common way to travel between the airport and central Reykjavik is by airport shuttles. This is also one of the cheapest options. There are three different companies that offer shuttle services and there are some nuances in price, arrival locations and so on.

The flybus departs every 15 minutes during the most busy hours, namely in the early morning and in the afternoon. You can check out their schedule here.

You can take a look at the exact route on the map below:

Reykjavik Excursions also offer a flybus service that drops you off/picks you up at selected hotels and designated bus stops.

This option will save you the hassle of taking a cab from the BSÍ Bus Terminal to your hotel. This service is a little bit more expensive, it adds around 10$ on the rate for the basic flybus service.

Grey Line is another bus company that offers transfers from/to Keflavik Airport. Their bus terminal in Reykjavik is a bit farther away from the city center than the BSÍ Bus Terminal but luckily they also offer you to be dropped off/picked up in front of the Culture House which is situated in the very heart of downtown Reykjavik.

Grey Line run their service 24 hours a day, seven days a week. They depart every 30 minutes but you have to select the exact timing if you order online, which is something that Reykjavik Excursions do not require you to do.

You can take a look at the exact route on the map below:

This service is similar to the Flybus+ described above. There are over 100 hotels, guesthouses and designated bus stops in Reykjavik city, so it's very likely that your accommodation is one of them, or at least close by.

Airport Direct is a shuttle service that offers numerous options, ranging from a basic bus service from the airport to the Airport Direct Terminal, to private luxury chauffeur service straight to your accommodation. They use mini-buses for their service, unlike the companies that are mentioned here above.

Here are these options and the price for a one-way ticket:

If you’re traveling on a budget, taxi is not really your best option. Taxi service is quite expensive in Iceland and will probably cost you around 160$ from Keflavik Airport to the city centre, one way only. There’s unfortunately no Uber in Iceland yet, just so you know.

If you don’t mind these sky high prices, then I would say taxi is definitely your most convenient option. As you know, the weather in Iceland can be just awful and thus strolling around the snowy streets carrying your suitcase to the next bus station is not very pleasurable. During the winter months, the mornings are very dark as well and it’s easy to get lost.

There are several taxi services that you can call. The only one I’ve tried personally is Hreyfill Bæjarleiðir, which is the go-to taxi service of most people I know.

You can check out your options here.

Strætó, the public bus service in Iceland, is probably your cheapest option (apart from walking or cycling). The ride takes significantly longer than shuttle or taxi services since the bus stops numerous times on the way. According to Strætó’s website, the ride from downtown Reykjavik to the airport takes 90 minutes.

For some reason, there’s absolutely nothing inside the terminal at Keflavik Airport that indicates that you can actually use public transport to get to the city centre. No signs or anything. Therefore I recommend that you save all the necessary information you need before you head to Iceland and keep it handy on your smartphone. You can also download the Strætó app, which in my opinion is essential for those are going to be using Strætó while in Iceland.

Another downside is that the bus stop at Keflavik Airport is located 650 ft. from the terminal which means that you have to walk a bit, which is annoying when there’s snow and wind.

The bus that goes between Reykjavik and the airport is number 55 and it departs from BSÍ Bus Terminal. It might also stop somewhere closer to your accommodation.

If you’re renting a car in Iceland, make sure to pick it up at the Keflavik Airport. That will save you precious time and money.

The road from the airport to Reykjavik City is called Reykjanesbraut. Usually there’s not much traffic but I would like to remind you to respect the speed limits. Serious traffic accidents are quite common on this road and the driving conditions can be bad, especially during the winter.

You can take a look at the route you will be driving on this map below.

If you’re feeling extremely adventurous and have plenty of time on your hands, you could try to walk. The route is really not intended for pedestrians though, so you would have to walk along the Reykjanesbraut road. If you’re carrying a lot of luggage, I really would not make this bold attempt.

The distance is equivalent of a full marathon, so this “little stroll” would take you over eight hours!

If you’re bringing your bike to Iceland, you might just as well start cycling right away. If you choose to go by bike from the airport to the city centre, you should be aware of the fact that there are no specific roads for bicycles along the way which means that you have to cycle on the actual road. This is the case throughout Iceland, so if you’re cycling in Iceland anyway, you might just want to try it right away to get used to it.