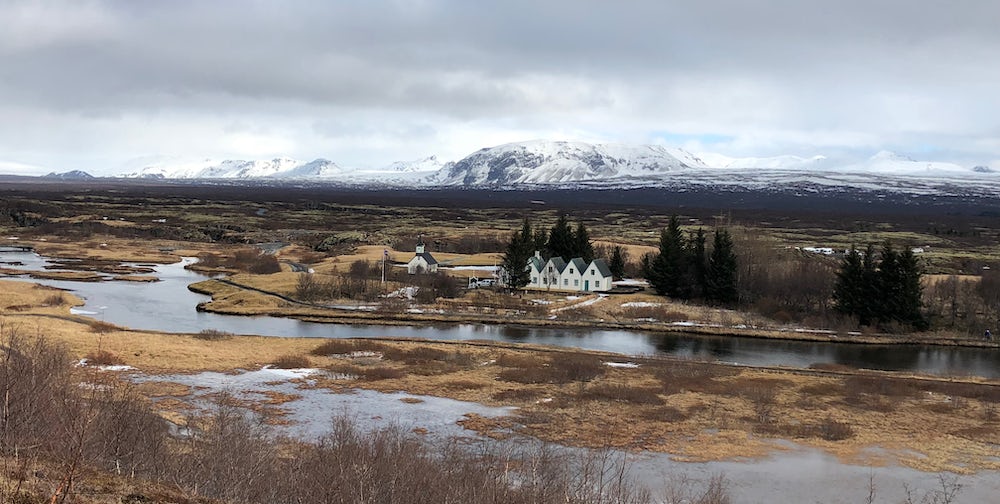 This hiking trail is short but very interesting, both in terms of history and nature. If you're sight-seeing in Thingvellir National Park, you should absolutely add the Execution Trail to your agenda – it takes just over half an hour.

Thingvellir is one of three national parks in Iceland, the other two are Snaefellsnes National Park and Vatnajokull National Park.

Thingvellir is a remarkable place, both in geological and historical terms. Thingvellir is situated between two tectonic plates, the North American and the Eurasian. It is actually quite easy to see the continental drift between the two tectonics, there are visible cracks and faults traversing the area. Some of these cracks are very large, like the walkable Almannagjá for instance, and the Silfra fissure where you can go snorkeling.

The historical significance of Thingvellir for Iceland is also great. Shortly after the settlement, the newcomers chose Thingvellir to be the location for a common parliament, Althingi. Being established in 930, Althingi is the world’s oldest parliament.

The settlers of Iceland had scattered all over the island, settling down wherever there was good farmland. Because of that, it was important to choose a fairly central and easily accessible location for the nation’s parliament. Every summer, the farmers would ride to Althingi to settle legal disputes, take part in legislative work and probably attend to some networking and business too. 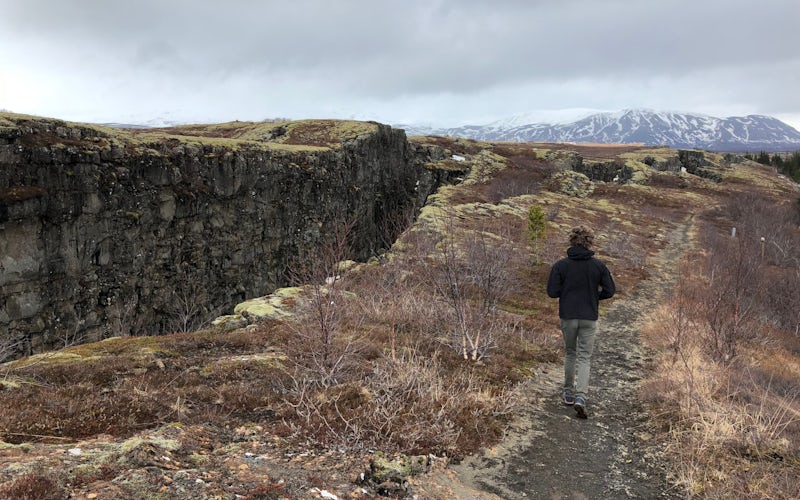 The cracks due to the continental drift can easily be seen at Thingvellir. Wonderguide/Nína.

The legislative power of Althingi diminished as the years went by, first due to the submission of Icelanders to the king of Norway in 1262. Continued by ages of monarchy under the Danes, the Althingi of Iceland finally lost its legislative powers completely.

In 1844, Althingi was moved to Reykjavik and restored after a harsh era in Iceland’s political and judicial history.

A trail of horror

Death penalties were actually not common during the settlement era. In 1281, Icelanders accepted a law code from the king of Norway, called Jónsbók. With this change in legislation, the death penalty was legalized as well as some other physical punishments. Icelanders were not entirely happy with this new law and there was harsh opposition to some of Jónsbók's contents and the death penalty clause was seldom used.

Capital punishments became more frequent when the Great Edict (Stóridómur), which was a series of laws demanding harsh physical punishments, came into force in the mid-seventeenth century. Death penalty was especially common in cases concerning "immoral" activities, such as incest and adultery. This was due to the growing influence of the church. The executions were usually carried out at Thingvellir and this spooky hiking trail will take you to four spots where people were either drowned, burned alive, hanged or decapitated. 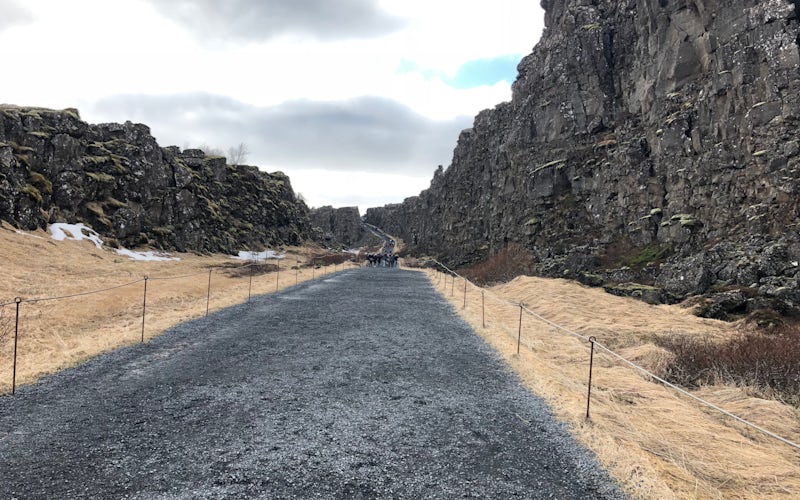 The walking path at the Almannagjá fault scarp. Wonderguide/Nína. 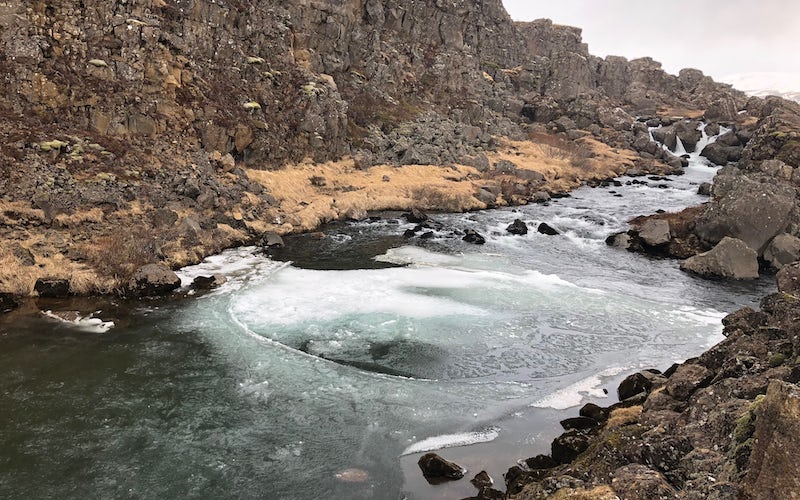 The trail begins with a walk down Almannagjá, towards Lögberg. Your first stop is Drekkingarhylur in the Öxará river. At least 18 women were drowned in Drekkingarhylur, most of them were sentenced to death for adultery or incest.

Next stop is Lögberg. Lögberg is a rock that is said to have served as the assembly for Althingi. There have been debates about the exact location of Lögberg but it’s highly likely that this rock you’ll see on the trail is it. A large number of people was sentenced to death at Lögberg, at least 70 people during the 180 year period the death penalty was legal. 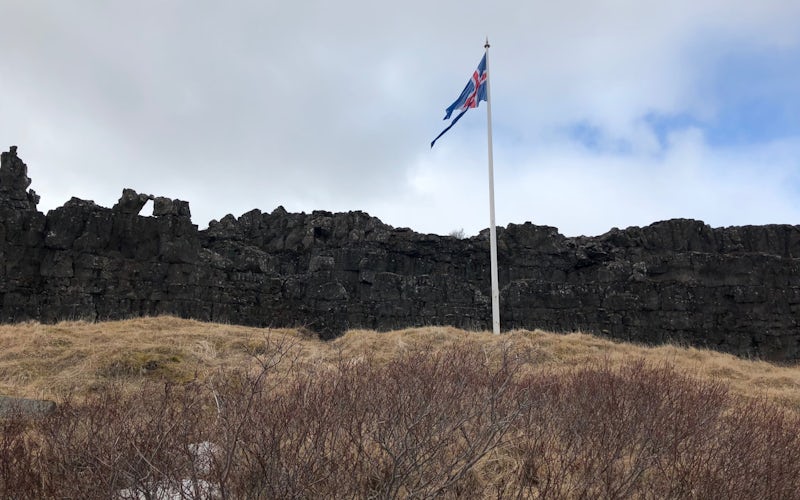 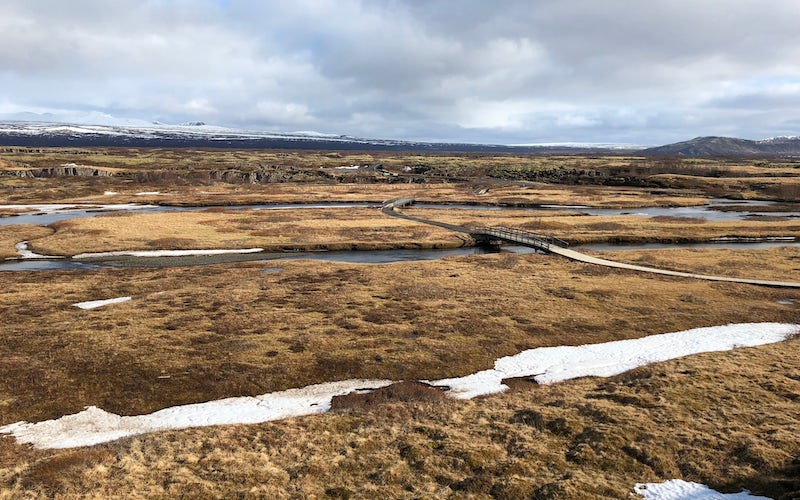 After Lögberg, you walk towards the bridges over Öxnará and cross them. Your next stop on the way is Höggstokkseyri, on the eastern bank of Öxará. Höggstokkseyri literally translates into “the Bank of the execution block”. As you may have guessed, this is the spot where decapitations were carried out.

Continue to walk up north until you reach the southern part of Brennugjá – “the Burning Canyon”. Most of the poor people that were burned alive in Brennugjá were accused of sorcery. Remains of human bones have been found in Brennugjá, so be on the lookout! 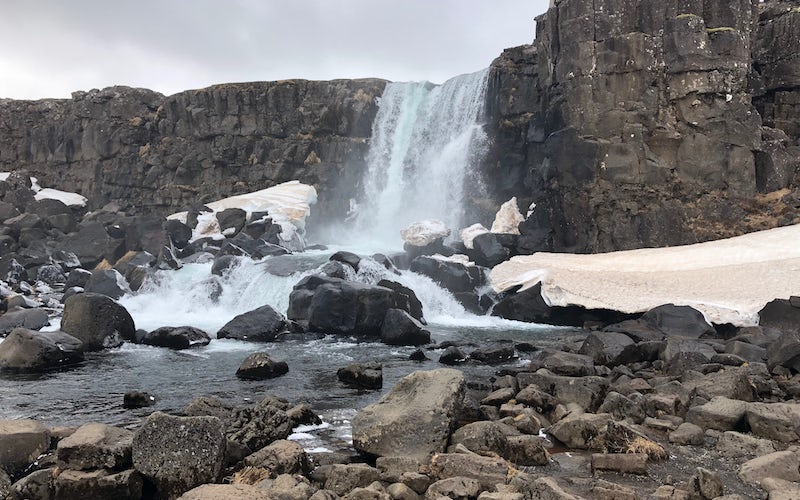 After you reach the parking lot again, walk north towards the Stekkjagjá canyon, which is your last stop. At least 15 men were hanged in the canyon. You will come across a very pretty waterfall, Öxarárfoss, on your way to Stekkjagjá. It’s incredibly picturesque, so I recommend that you take a moment and snap some pictures.

After you’ve reached Stekkjagjá, simply turn around and head back to the parking lot.

How long is the hike?
The hike is approximately 1.3 miles long (2 km). It will take you roughly 30 minutes, or maybe a bit longer if you decide to stop on each site and take some pictures.

Where does the hike start?
At the parking lot at Efri-Vellir. Parking costs 500 krónur (around 5 USD) for the whole day.

How long is the drive from Reykjavik to Thingvellir?
Around 45 minutes.

Seals and Sagas on the Snæfellsnes Peninsula: An Itinerary
Story