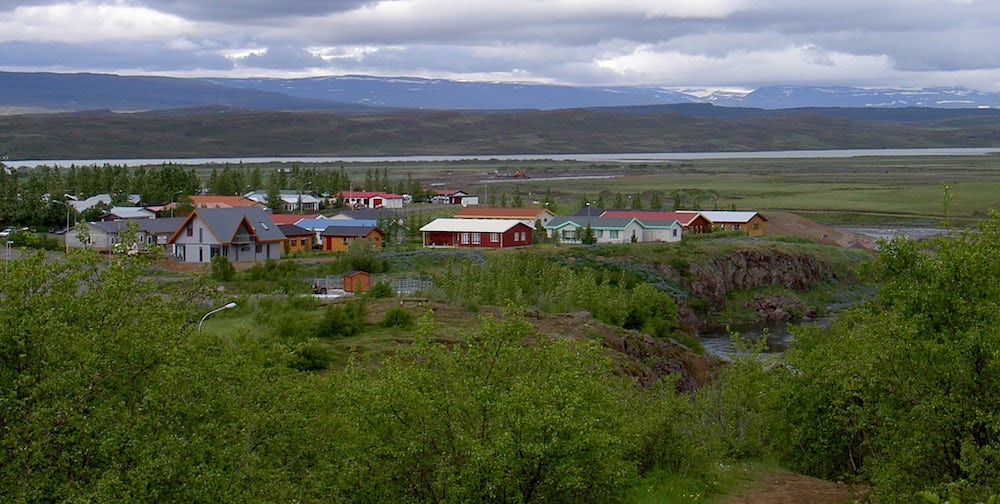 Egilsstaðir is one of the largest towns in the Eastfjords of Iceland and one of the most important hubs for trade and service in the region. In this article, I’ll tell you a little bit about the major attractions in the Egilsstaðir area.

Although Egilsstaðir is one of the largest towns in the eastern region of Iceland, its population is in fact only 2,500. The town is located on the banks of the Lagarfljót river, and is thus one of only few large towns in Iceland that are not situated by the sea.

Egilsstaðir is one of the youngest settlements in Iceland and, due to its location, has no history of fishing or seafaring. Most of the inhabitants of Egilsstaðir work in the nearby Kárahnjúkar plant or in the aluminium smelting plant in Reyðarfjörður. Tourism is on the rise too, although the eastern region of Iceland has generally not seen nearly as many tourists as the rest of the country. 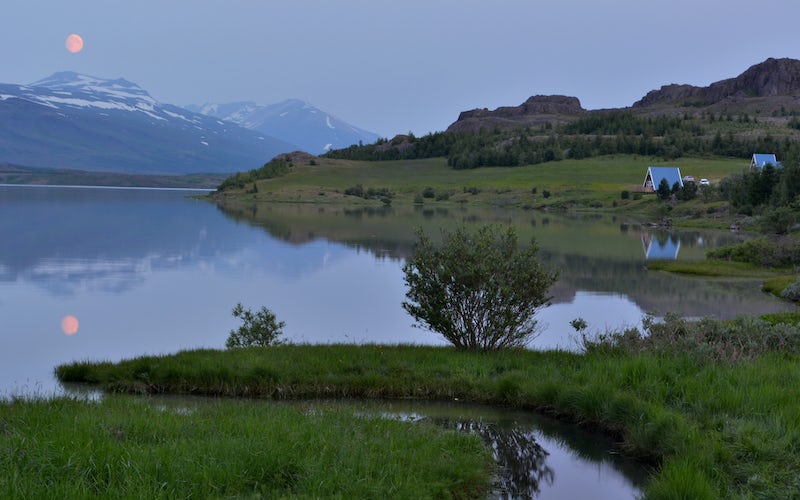 By car: It is possible to drive from Reykjavik to Egilsstaðir in one day. The total driving time is around eight hours. You should note that driving conditions in the Eastfjords aren’t always ideal, especially during the wintertime. You should be cautious and always have a look at the website of The Icelandic Road and Coastal Administration for the most recent updates on road conditions. 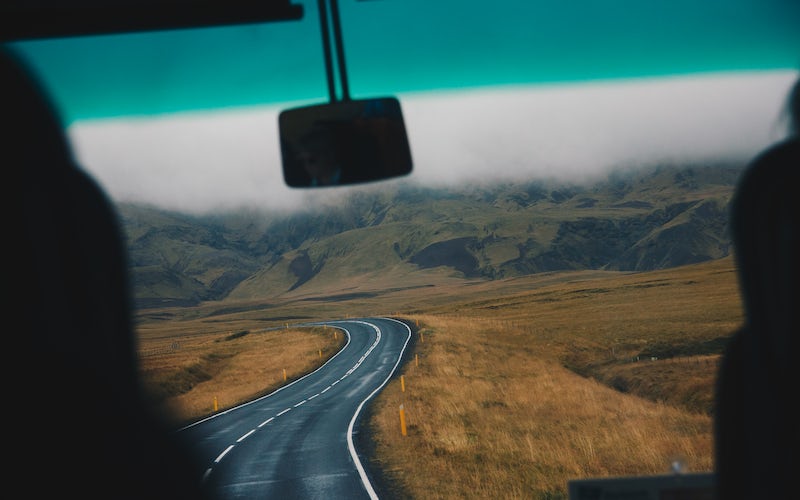 Always check the road and weather conditions before you hit the road. Unsplash/Ruslan Valeev.

By airplane: There is a domestic airport in Egilsstaðir, which means that you can fly straight from the capital. There are several flights each day and the flying time is one hour. You can check out the schedule here. 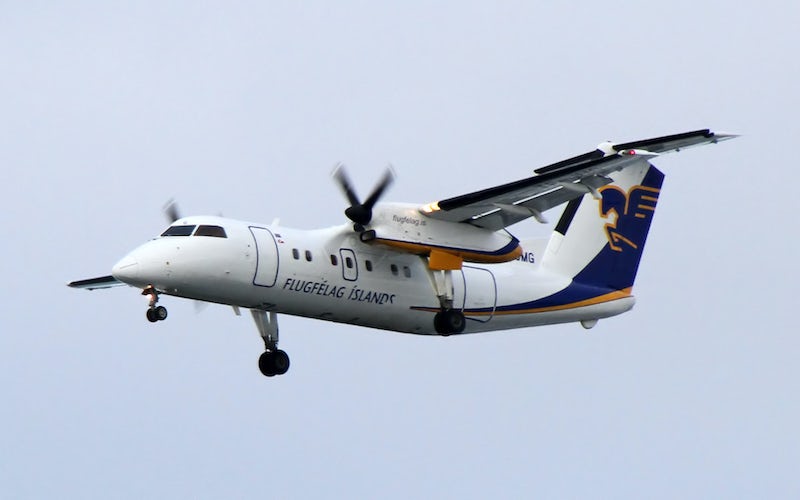 The flying time from Reykjavik to Egilsstaðir is only 60 minutes. Flickr/Tony Hisgett.

By bus: It is possible to go to Egilsstaðir by bus but the whole trips takes 10,5 hours. The ticket is in my opinion rather expensive, it costs one person 18,400 ISK (around 150 USD) to go just one way. Further details can be found on Strætó's website. 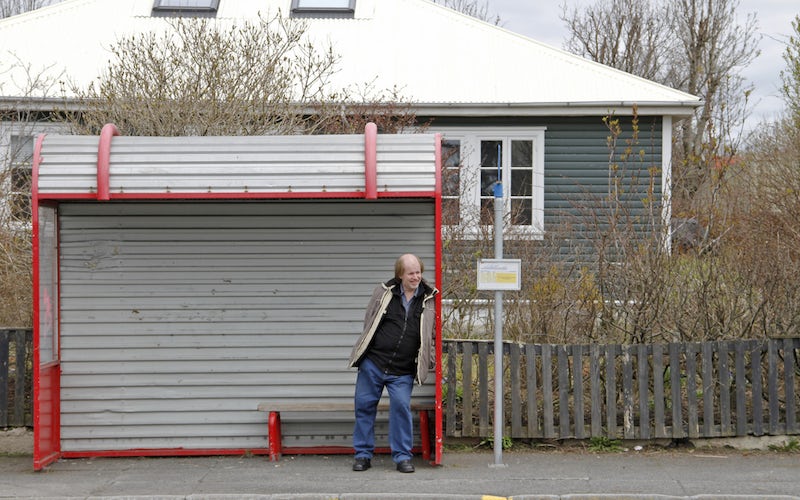 Is this guy waiting for the bus to Egilsstaðir? If he is, he at least seems excited. Flickr/Helgi Halldórsson.

The climate in Egilsstaðir is a bit different from the capital city. The winters are a bit colder but the summers tend to be warmer. During the summer, it’s not uncommon to see significantly higher temperatures in the Eastfjords than in the southern and western parts of the island. This June, for instance, the temperatures reached 70 degrees F in the Eastfjords while they were just around 50 degrees F in the capital. You can read more about the climate in Egilsstaðir here.

Major attractions in the Egilsstaðir area

Eyvindará River is where the inhabitants of Egilsstaður go swimming in the summer. Although the summers are warmer in Egilsstaðir than in Reykjavik, the river is very cold even during the hottest days. If you don’t mind the cold, it’s awesome to go swimming in this beautiful river when the weather is pleasant. Local kids love to jump into the river from small cliffs on the river bank and I’m sure that it’s thrilling! 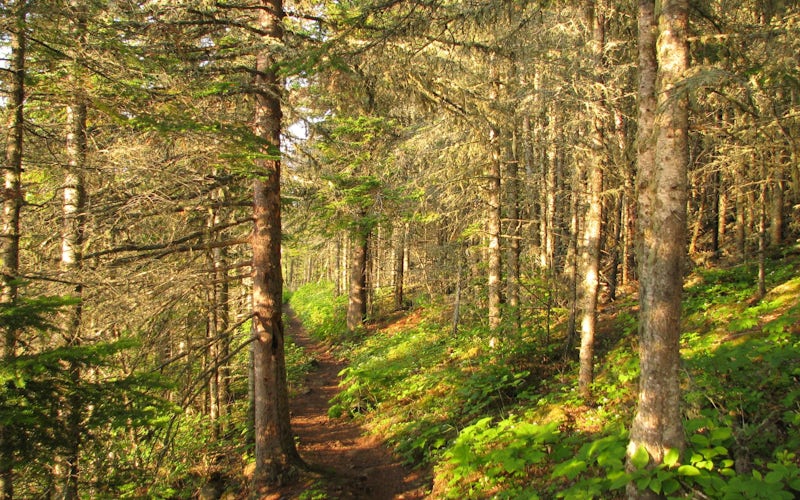 Hallormsstaðir is the largest forested area in Iceland. This national forest spans around 740 hectares and consists of a variety of foreign and endemic tree species. You can find numerous hiking trails in the Hallormsstaðir Forest and if you fancy an overnight stay in the woods,  there’s a pretty nice camping ground by the Atlavík Cove.You can read more about the Hallormsstaðir National Forest here. 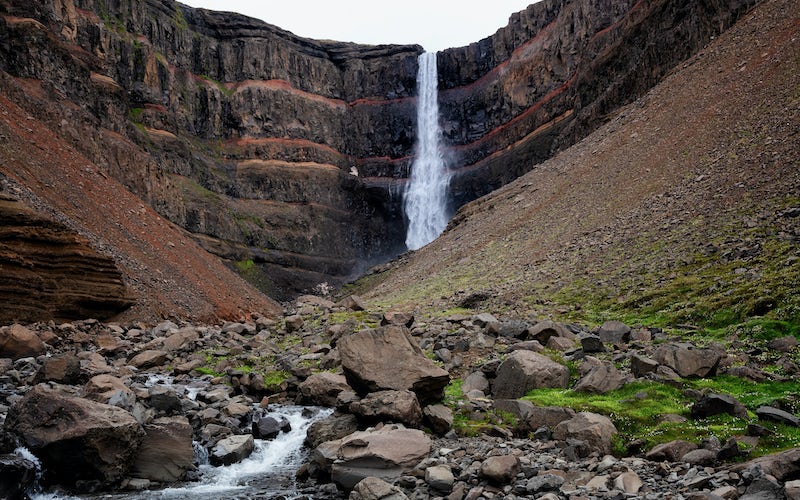 Hengifoss is the third tallest waterfall in Iceland. This 420 ft. tall waterfall is only a 30 min. car ride away from Egilsstaðir but you will be required to hike a little bit from the parking lot in order to be able to see the waterfall. If you want further information about the hike, you can check out this online brochure. 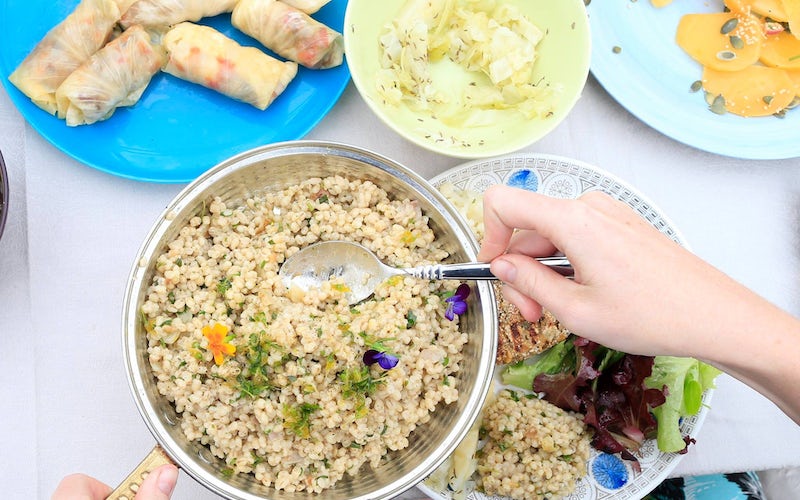 "Risotto" made from local barley in Vallanes. Photo: Móðir Jörð@Facebook.

The organic food store at the farm is open for visitors during the summer. It is also possible to arrange a farm tour and a “from field to table” breakfast at the farm. Find out more here. 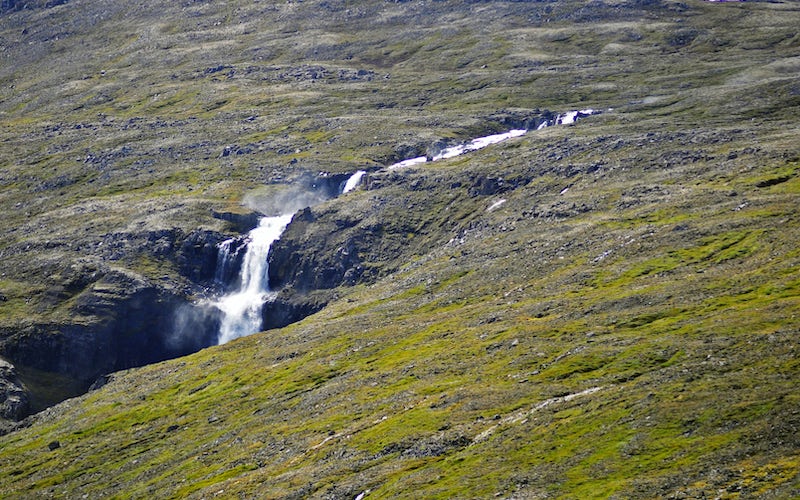 A sneak peak of the top part of Strútsfoss Waterfall. Flickr/Jennifer Boyer.

Strútsfoss is another tall waterfall, around 25 minutes southeast of Egilsstaðir. Just like in the case of Hengifoss, you will have to do a bit of hiking to reach the waterfall. In my opinion, that makes the whole experience even more interesting. More info can be found in this online brochure. 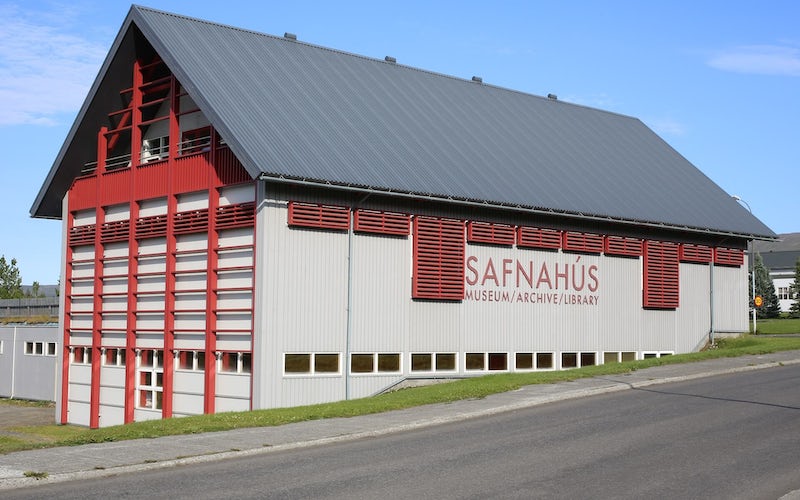 If you are curious to learn more about how life used to be for the people of Eastfjords, you should definitely check out the East Iceland Heritage Museum. Personally, I am fascinated by old things and relics from the past, and this museum is full of items that reflect upon the society in Egilsstaðir and vicinity. Learn more about the museum by clicking here. 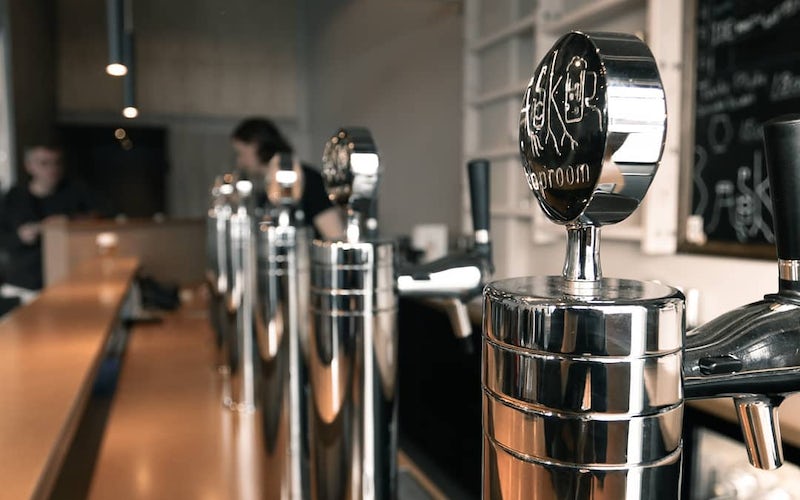 Askur Taproom has received fantastic reviews since it opened in April 2018. As you might know, tap rooms and craft breweries have been shooting up all around Iceland for the past few years, and the Eastfjords are no exception.

Askur Taproom offers an abundance of interesting local craft beers and I recommend that you try at least two or three different brews. The most interesting beer on the menu is probably the wasabi-beer, which is brewed with locally grown wasabi.

In 1997, the former mayor of Egilsstaðir promised a monetary prize to anyone who could proof the existence of the monster. In 2012, a video of the alleged Lagarfljótsormur went semi-viral and naturally the guy who shot the video claimed the prize for providing a proof that the creature did in fact exist. A commission of thirteen people was given the task of judging whether the video was real and whether that “thing” in the video was the one and only Lagarfljótsormur. The commission concluded that the video was authentic and the guy who shot it eventually received the prize.

What To Do in the Eastfjords of Iceland
Story

9 Great Hikes In The East Of Iceland
Story