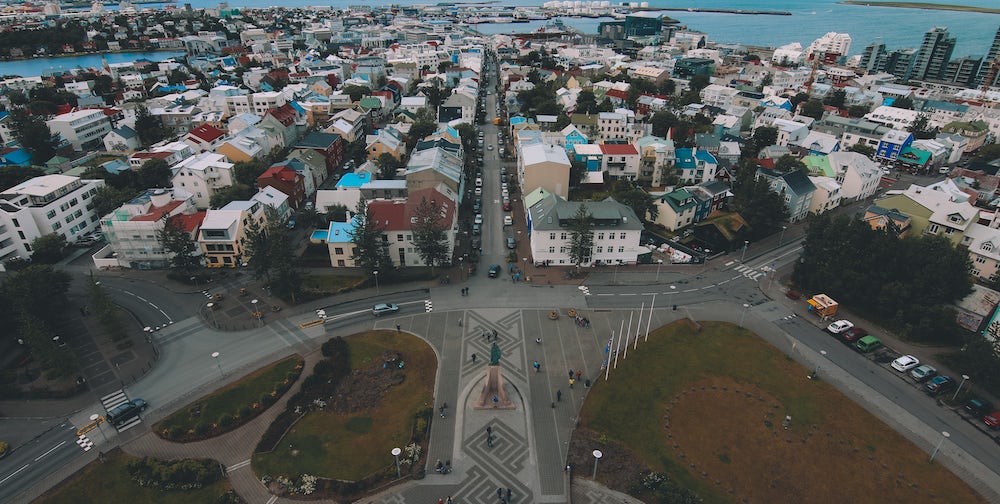 Visiting a city for the first time always feels a bit overwhelming. Although Reykjavik is the capital of Iceland, it's by no means a huge metropolis. A little research beforehand will nevertheless be of great help and save you time once you're there.

Quick Facts About the Capital of Iceland

Reykjavik, the world’s northernmost capital, is home to approximately 125.000 people. Thus, it’s by no means a large city, although it does spread over 277 square kilometres.

Reykjavik has remained the capital of Iceland since the settlement in 870, and it’s believed that Ingólfur Arnarsson (the first settler of Iceland) chose the southwest corner of Iceland to abide:

The city has grown rapidly in the recent years and due to an increasing number of tourists, the number of restaurants and shops gets higher by every year.

Downtown Reykjavik has the postal code 101, which also covers the Old Harbour Area and the domestic airport. Although the city centre has more inhabitants per square kilometer than other areas in the city, it’s not by any means densely populated. It really has a cute small town character to it, with quirky little houses and cozy restaurants. 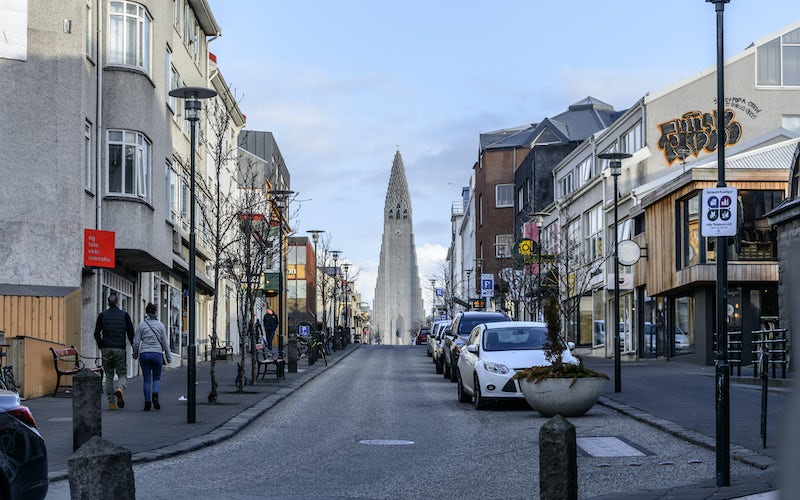 Reykjavík is no metropolis. Flickr/dconvertini.

Sadly, Reykjavik does not have an underground metro system and there are actually no trains in Iceland. If you intend to use public transport during your stay in Reykjavik, buses are your only option.

The Reykjavik Bus Network, called “Strætó”, is not very efficient in my opinion and the buses are not as frequent as in most cities in Europe. Plus, a single ticket costs 460 ISK (around 5 USD), which I find outrageously expensive.

If you choose to use the buses while you’re here, I highly recommend that you download the Strætó-App, which allows you to purchase online tickets and view a real time map of the bus network of the whole city.

You can check out the routes on Strætó’s website.

It’s usually pretty easy to get a taxi in Reykjavik. If you call them, they usually show up around 5 minutes later (except maybe late at night during the weekend).

There are several taxi services in Iceland and they’re pretty much all the same (same price, same services etc).

Uber has still not made the scene in Reykjavik and neither has Lyft.

3. Renting your own car

The most efficient way to get around in Reykjavik is by driving yourself. I highly recommend to rent a car, especially if you’re planning to travel beyond the city limits.

It’s usually cheapest to rent your car online, ideally a few weeks before you arrive.

It’s definitely possible to navigate the city by bike, and I actually do that a lot. There are some bike rentals in Reykjavik but you can also opt for the Wow city bikes.

If you’re staying in the city centre, you might as well rely on your two feet. Most of Reykjavik’s major attractions are within walking distance from the very center of the city and if you have good shoes and dress warmly, walking around the city can be a very pleasant way to get around.

You should be able to visit Reykjavik’s major attractions in just one day. However, the city has plenty of interesting things to see besides the classics. Spending 3–4 days in Reykjavik without getting bored is an easy task, even if the city might seem small (and a bit underwhelming) at first glance. 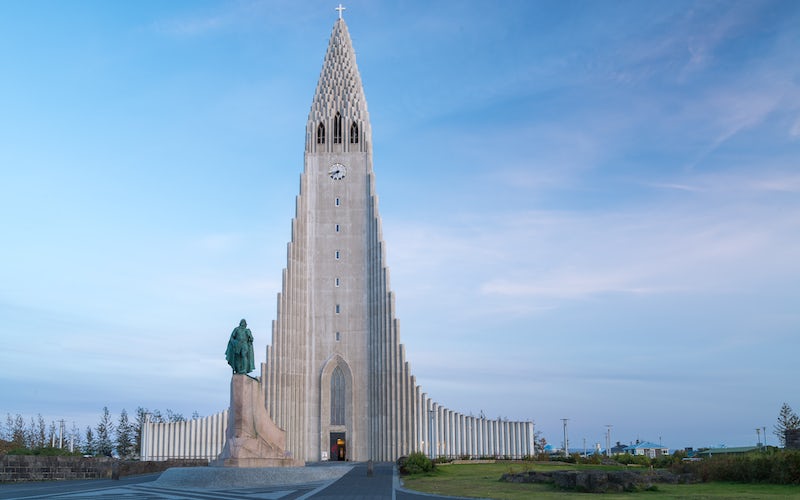 Hallgrímskirkja Church is without a doubt Reykjavik’s most iconic building. The church, designed by the state architect Guðjón Samúelsson, was constructed from 1945 to 1986. Hallgrimskirkja, which is 244 ft tall, is Iceland’s second tallest building, after the Smáratorg Tower in Kópavogur.

During the 41-year construction period, Hallgrímskirkja’s architecture became an apple of discord amongst the city’s inhabitants. Guðjón Samúelsson’s design was criticised for being a medley of different architectural styles and some thought the church’s exterior was too traditional-looking.

The façade of Hallgrímskirkja is, like several other buildings in Iceland, inspired by columnar basalts. Other elements of the church are also inspired by Icelandic nature, such as volcanoes, geysers and the vast wilderness.

The church’s interior is impressive too, although it hardly rivals the unique exterior. The most notable feature of the interior is probably the 50 ft tall Klais organ, which is the largest musical instrument in Iceland. It consists of 5275 pipes and weighs 50,000 pounds.

The church is inarguably the best observation tower you’ll find in downtown Reykjavik. There’s an elevator that takes you to the top and the entrance fee is 800 isk (around 8 usd). 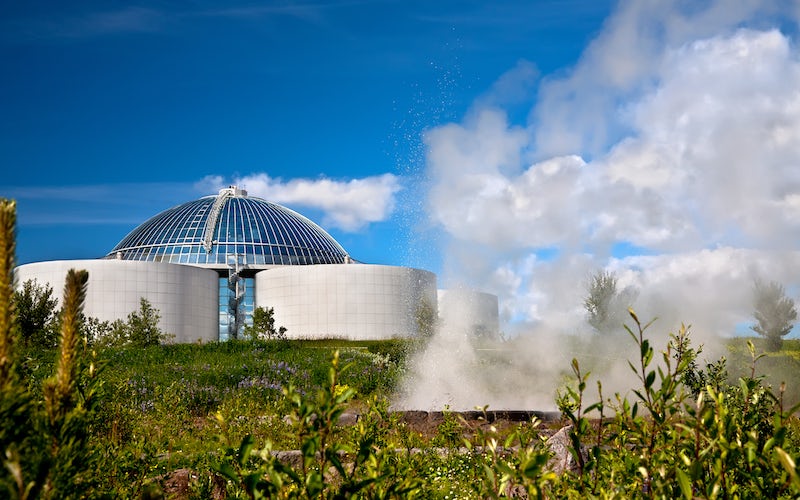 A man-made geyser just outside of Perlan. Wonderguide/iStock.

Perlan (The Pearl) is a dome-shaped glass building sitting atop six enormous hot water storage tanks, situated on Öskjuhlíð Hill. Perlan was designed by Ingimundur Sveinsson and opened in 1991. It is hands down the most bizarre building in Iceland.

The construction of Perlan was the brainchild of Davíð Oddson, former mayor of Reykjavík (which became Iceland’s Prime minister after his incumbency as mayor). The purpose of this huge glass building has remained a mystery. There used to be a gourmet revolving restaurant on the top floor but it has been replaced as a souvenir shop. Apart from the restaurant, there was really nothing there to see.

However, Perlan was recently partly transformed into a museum that celebrates the nature of Iceland. Now, you can visit a man-made ice cave, see a replica of an Icelandic bird cliff and experience fake earthquakes, all within the walls of Perlan.

In addition, there is a 360° observation deck on the top floor, which I highly recommend visiting on a clear day. 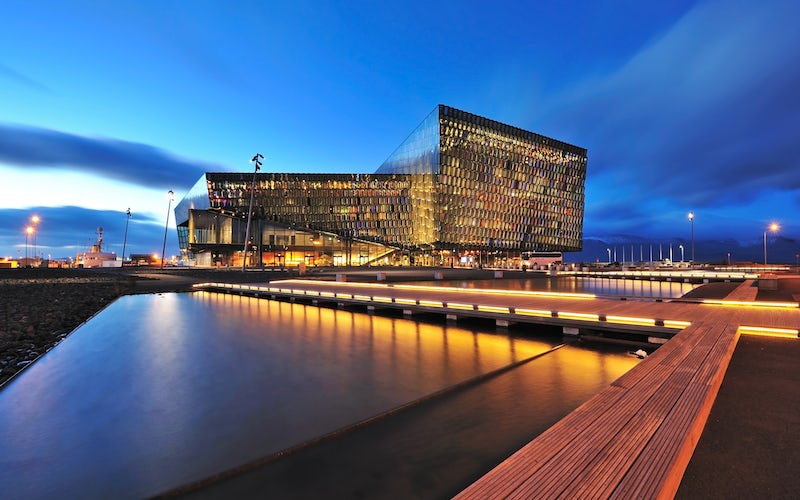 Harpa, Reykjavik’s concert and conference hall, is the most recent addition to the architectural highlights of Reykjavik City. Harpa formally opened in May 2011, and it was designed by a Danish architectural firm in coöperation with the Icelandic-Danish artist Ólafur Elíasson.

Harpa’s design is inspired by basalt columns, just like Hallgrimskirkja. These basalt columns appear as geometrically shaped structures on the exterior of the building, made of metal and glass of different colors.

When it isn’t bright outside, the exterior of Harpa becomes a spectacle of dancing lights. The lights can be programmed in different ways, so the spectacle changes every night. Most of the time the lights resemble the Aurora Borealis so if you are in Iceland for the northern lights but don’t have any luck, you can go and gaze at these “fake” northern lights. 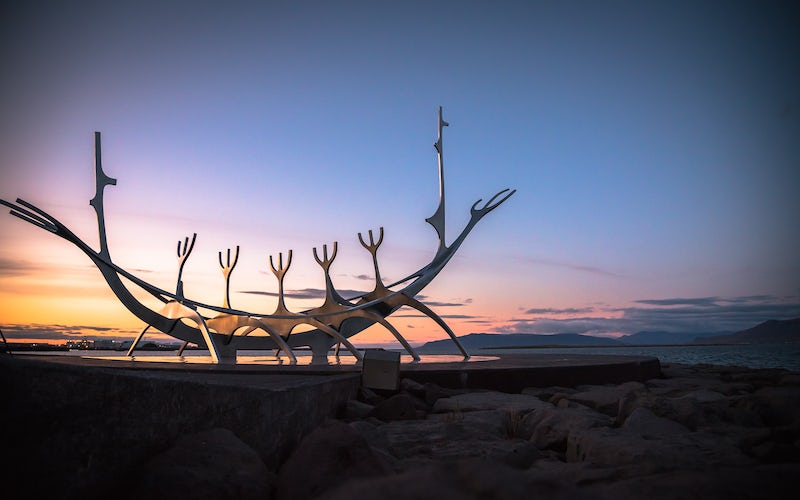 The Sun Voyager, or Sólfarið in Icelandic, is an outdoor sculpture by Jón Gunnar Árnason, located by the sea. I always thought that it depicted a Viking ship, but according to my research, it is supposed to represent a “dream boat” or an “ode to the sun”.

Árnason was actually very ill with cancer when he created the sculpture in the late 1980s and some say that the Sun Voyager symbolizes a ship that transports souls to the realm of the dead. If that is correct, you should rather be reminded of Charon, the ferryman of Hades, sailing his boat across the rivers of Styx and Acheron to reach the world of the dead, instead of perceiving it as an homage to Iceland’s Viking past.

The Sun Voyager is located by Sæbraut, not so far from the Harpa Concert Hall. You can easily walk there from downtown Reykjavik. 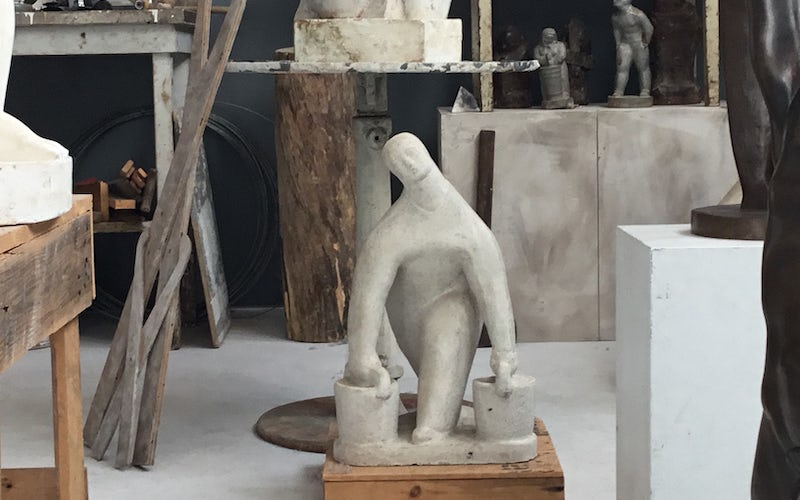 The studio space at Ásmundarsafn, just outside of the city center. Wonderguide/Pearl.

There are several art museums in Reykjavik, as well as some noteworthy history museums. Check out Reykjavik Art Museum in “Hafnarhús” or the National Gallery of Iceland if you’re curious about the works of Iceland’s most prolific artists. There are also various galleries scattered around the city; I8, Hverfisgallerí and Týsgallerí to name a few. 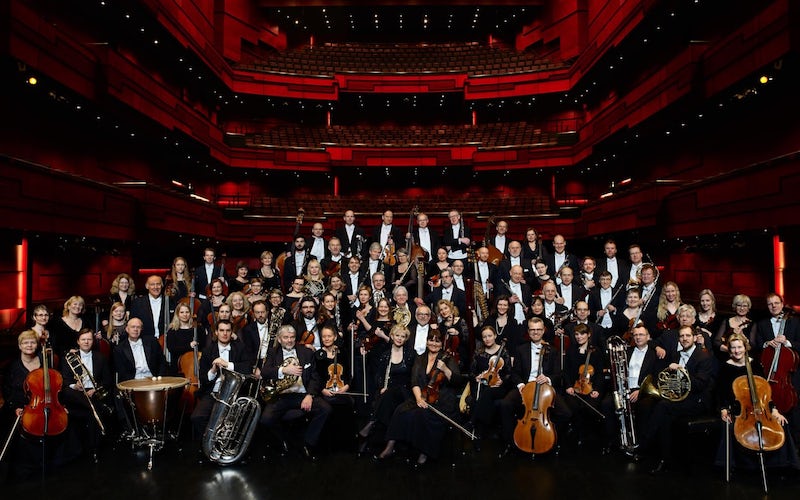 It’s surprisingly easy to find interesting music events in Reykjavik. You should check out the schedule in Harpa if you like classical music and if you’re into jazz, there are various bars and clubs downtown hosting live jazz nights every week. 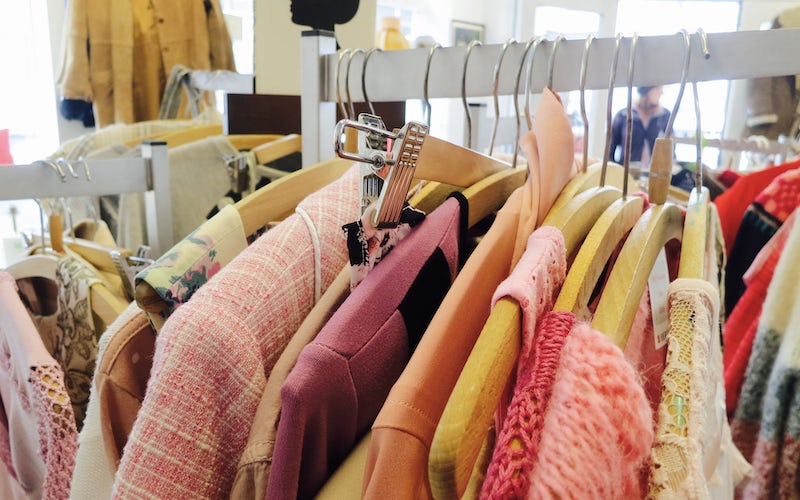 Reykjavik is expensive, which is bad news for shopping enthusiasts visiting the city. If you’re looking for something budget-friendly, I would hit the thrift stores. If money is not an issue, go to Geysir on Skólavörðustígur for beautiful clothes or Geysir Heima on the same street for designer items and art.

Farmers and friends on Laugavegur (the main shopping street) also has a nice selection of warm and cozy apparel for men, women and children.

The Reykjavik nightlife scene is very vibrant and actually attracts people from all over the world. If you’re planning on partying your ass off in Reykjavik, check this article out: Guide to the Reykjavik Nightlife.

You can embark on a whale watching tour from the Old Harbour, in the city centre, which is pretty cool. Most of these tours last around 2 hours and they operate throughout the year. Here’s a selection of tours I can recommend:

I personally like getting to know cities by hopping on a guided tour. Usually the tour guides are extremely knowledgeable and provide you with interesting facts about the destination. There are plenty of guided tours to choose from in Reykjavik; long, short, on foot, by bus, segway tours etc. 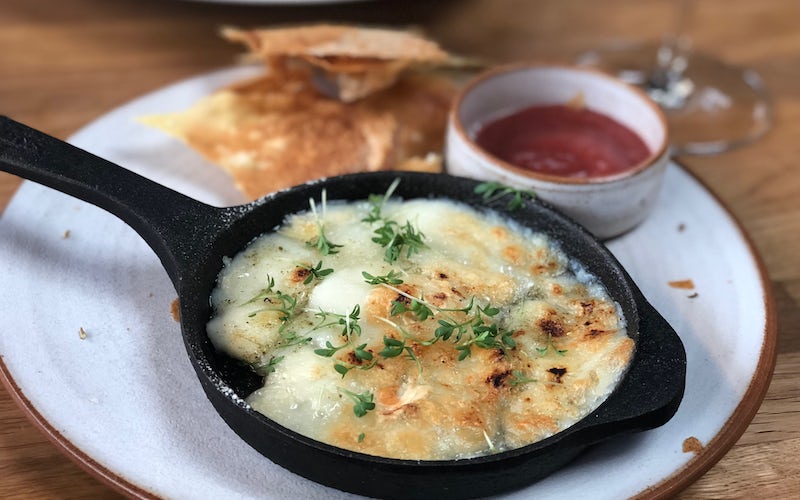 Most restaurants in Reykjavik are excellent, but some are better than others. Here are several articles about restaurants, bars and supermarkets in Iceland:

Every season has its own charm and all that...but it really depends on your needs and interests when it comes to choosing when to visit the capital. Check out this article if you need help making up your mind; The Best Season to Travel to Iceland