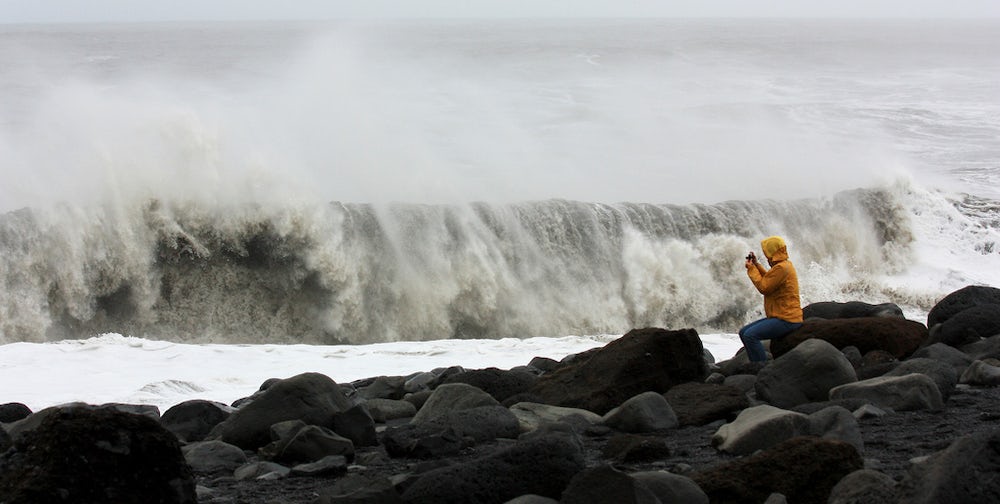 Iceland is considered one of the safest countries in the world, and consistently tops the Institute for Economics and Peace’s Global Peace Index. However, there are dangers in Iceland you need to be careful about.

Is Iceland safe? The short answer to that question is yes. Iceland is considered one of the safest countries in the world, and consistently tops the Institute for Economics and Peace’s Global Peace Index. Even though chances that something harmful is going to happen to you are pretty low, there are always some things you have to watch out for.

Terrorism is, by all measures, inexistent in Iceland. There is of course no single reason for this, but there are a few obvious contributing factors. Iceland is geographically isolated, comparatively rich, ethnically and culturally homogeneous and egalitarian, and, like the other Scandinavian countries, notoriously atheist.

As for crime, unprovoked violent offenses against tourists are unheard of and violent crime in general is uncommon. Safety in Iceland is maybe best demonstrated by the fact that it is one of five countries in the world where police are not armed. A sad incident in December 2013 was the first and last time in history police used lethal force.

Theft and petty crime does happen, like everywhere else, but is never directly targeted at tourists, and you can put auto theft close to the bottom of things you should be worrying about.

What precautions should I take? ​Don’t leave wads of cash or credit cards unattended in the street. Someone will have to go through heaps of trouble to find you and return them. 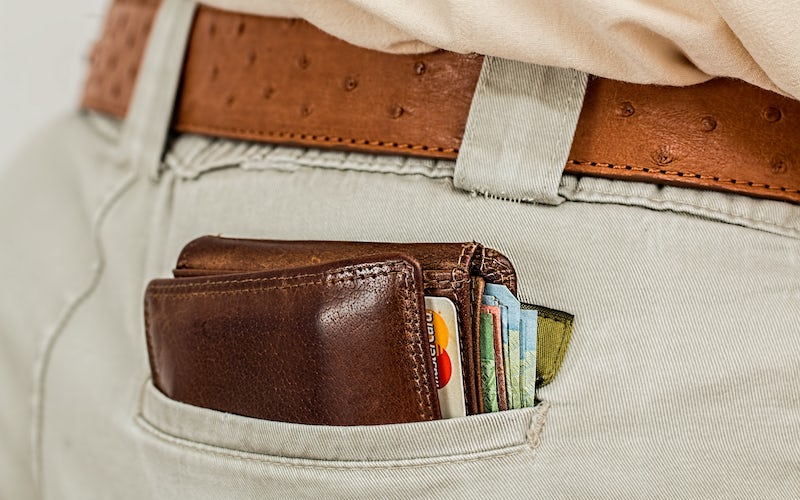 Assaults are rare in Iceland. So is pickpocketing! Wonderguide/Pexels.

Iceland is pretty cold. While it does not suffer the paralyzing frosts of Siberia or Antarctica, a consistent cold in the highlands combined consistently bad weather makes it very inhospitable for wildlife. Of wild land mammals might encounter some arctic foxes, and traveling east you’d be lucky to spot a few reindeer, but they are few and far between, and definitely not dangerous. You are bound to see both sheep and horses, treat them kindly and they will return the favor.

Thinking smaller, the only bird that might bother you is the fiercely protective arctic tern. It is an elegant flyer that will not hesitate to aim its droppings at you if you approach its nest. If that won’t do to drive you away, it will swoop in threateningly and try to peck your head. There is no danger involved, but no fun either. 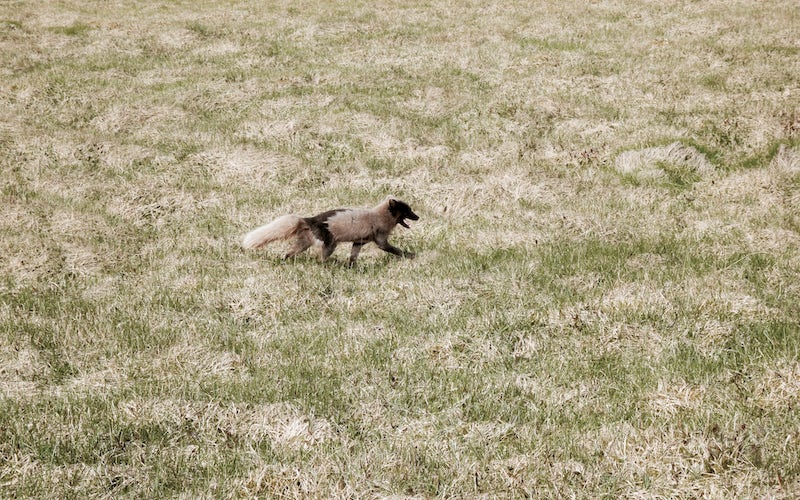 This guy won't do you no harm. Wonderguide/Nína.

Smaller still, Iceland, along with Seychelles, is remarkably the only mosquito-free country in the world. Midges and blackflies can be found around lake Mývatn ( “mý” is the Icelandic word for those flies, and “vatn” means “water” or “lake”), but they are a little more than a nuisance, and most importantly, do not carry disease.

The only real concern is sheep, strange as that may sound. They are let to wander free during the summertime and have been known to cause car crashes by running into the road and panicking.

What precautions should I take? ​Bring a camera and look out for sheep on the road.

A remarkable fact about the widely disruptive 2010 eruptions in Eyjafjallajökull is that there were no serious health complications for a single person near or far to the eruption. All of Iceland’s volcanoes are actively monitored and closed off at the slightest risk of a possible eruption. In fact Iceland is one of the safest countries in the world with respect to risk of natural phenomena evolving into disasters.

Earthquakes are another concern, with Iceland located right on top of the Mid-Atlantic Ridge. Again, there is no reason to worry, since they are usually very weak. In the case they aren’t, Icelandic houses are exceptionally small and sturdy, and far removed from any risk. 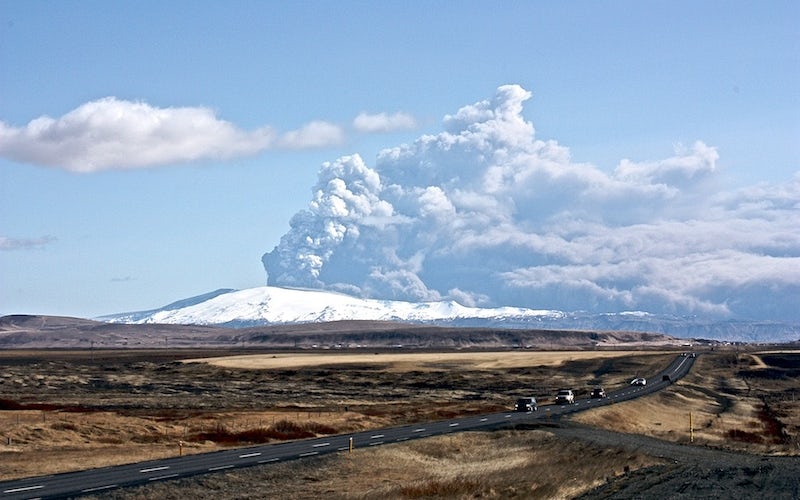 In wintertime avalanches fall occasionally and unpredictably. A particularly horrid incident was the 1995 avalanche which swept right over the village of Súðavík, killing and injuring several people. Since then precautions have been made in all mountainside towns and villages, and you have a higher chance of being struck by lightning. (We forgot to mention: there are no lightnings in Iceland.)

What precautions should I take? ​Bring a camera and check the news regularly for closed roads.

This is where you really need to start reading carefully. Iceland is a large country with very few people. This means large parts of it are barely or not at all inhabited, which inevitably means bad roads. Unfortunately, with the explosion of tourism, bad roads do not mean there is no traffic, a fact not everybody realizes. Of 16 traffic fatalities in 2015, 7 were foreigners, or which 5 were tourists. This proportion is climbing fast.

There is nothing resembling the multi-lane highways found almost everywhere else, and even on Route 1, the Ring Road, this article counts 39 bridges only wide enough for one car at a time (counting both directions!). There is a universal speed limit of 90 km/h, which should be respected, especially if you are not used to driving in bad or snowy conditions.

The biggest risk, however, is other tourists. Reckless driving is one thing (of which there is plenty), but another is the fact that tourists will often stop their cars in the middle of the road to take pictures or for any other reason, assuming they are remote enough that no one will come along and drive into them at 90 km/h. That is of course not the case and there have been some fatal accidents because of such carelessness.

Should I be worried? ​Not worried, but very careful.

What precautions should I take? ​Do NOT stop your car in the middle of the road to take pictures, and do most definitely NOT set up your tent there. Read everything you can on traffic safety and conditions (you can start here) and respect the speed limit. 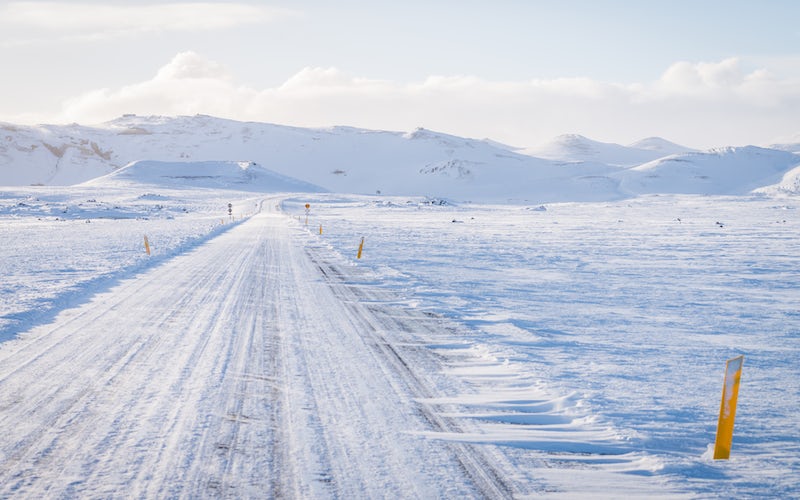 Iceland’s latitude is just below the Arctic Circle but due to the North Atlantic Current, the climate here is quite temperate. The winters here are probably milder than you thought. In Reykjavik, the average temperature during the coldest months is about 0°C/32°F.

Despite of that, the weather in Iceland can actually get pretty rough. You should by all means take precaution, especially if you are going to hike or camp somewhere in the wilderness.

If you will be doing some outdoor adventure in the wintertime you have to do some serious research. Last December, three British hikers tried to hike across the Icelandic highlands, with no success due to extreme weather conditions. Actually, they called the rescue squad three times and decided to surrender the third time. They sure did have the proper equipment but that apparently wasn’t enough.

This does not mean that wintertime mountaineering is not an option in Iceland. The highlands are a great challenge so you should perhaps opt for some place closer to the coastline. Good preparation is they key here. Check the forecast, make sure that you’ve got the proper equipment and let someone know of your whereabouts.

The same principles actually also apply to outdoor adventures in the summertime. Please don’t go hiking wearing just shorts and a T-shirt. As you reach higher altitudes, the temperature drops. There are always a few people each summer that get rescued from mountain tops because they are suffering from hypothermia.

In 2014, a travel blogger stated that Iceland is the safest place on earth for the solo female traveller. She might be right.

Although sexual assaults occur here, just like everywhere else, they aren’t common. You probably won’t get catcalled or improperly gazed at. The nightlife is usually quite safe too so if you are a solo female it should be ok to go to the bar by yourself and have a drink.

What precautions should I take? ​None you wouldn’t take anywhere else.

The most attractive thing about Iceland is its fierce nature. In Iceland there are some things you have to watch out for—steep cliffs, hot geysers, great tides and waves, cold rivers and glacial crevasses—to name a few. Some places are more dangerous than others, for instance there have been noticeably many incidents in Reynisfjara on the south coast of Iceland.

Should I be worried? ​Depends on where you’re going.

What precautions should I take? ​Use your common sense, read the instructions and don’t do anything foolish. 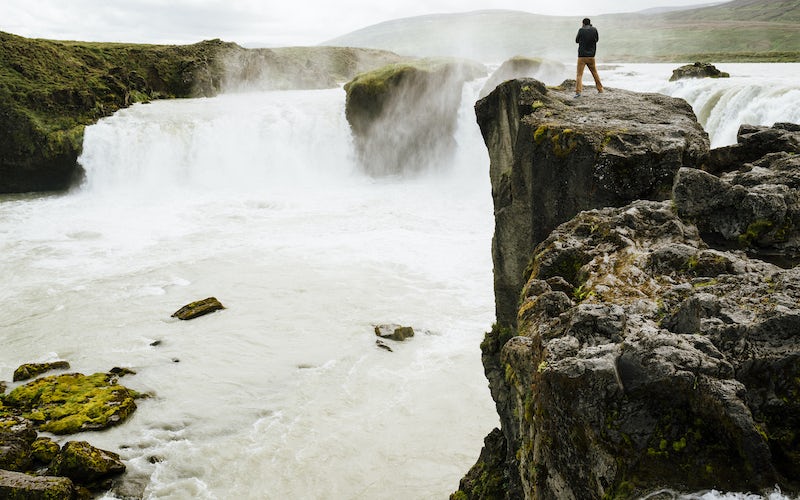 Don't go to the edge of a cliff just to get a nice pic for your Instagram. It's just not worth it. Wonderguide/Pexels.

The Essentials of an Icelandic Winter Road Trip
Story

The Golden Circle: 4 Ideal Stops on the Way
Story