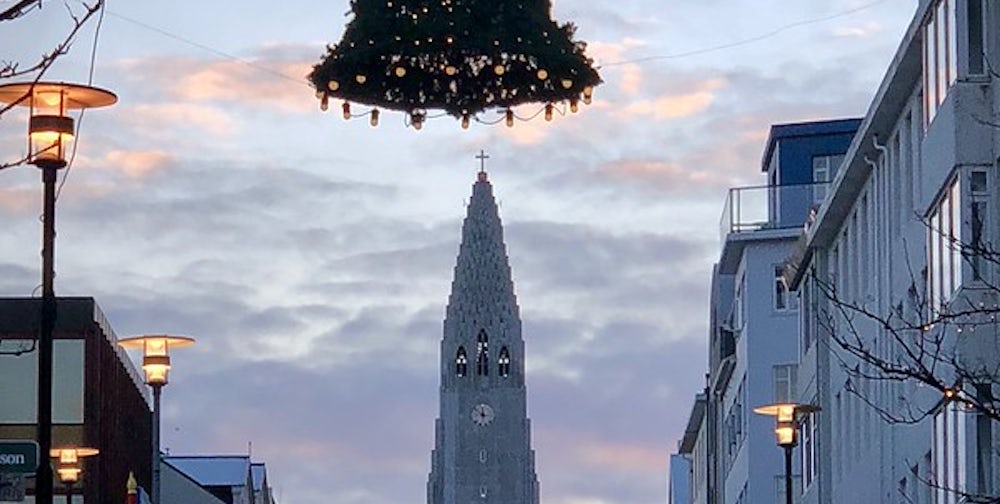 Christmassy Things to Do in Iceland in December

Visiting Iceland in December? Here are a few things I've compiled to make sure you don't miss out on the holiday spirit during your trip, despite being away from home.

Like most other European countries, Icelanders celebrate Christmas in December. Preparations for the festivities typically start in November and gradually become more pervasive as it draws nearer to Christmas Eve, which is the highlight of the holidays in Iceland as in other Scandinavian countries.

December is a very cold and dark month in Iceland, so Christmas lights and decorations really brighten up these gloomy winter days. Contrary to what many people believe, white Christmas is not guaranteed in Iceland. During the winter, the usual weather pattern is a constant shift between rain and snow, which means that a snow-covered ground usually only lasts for a few days at the time. However, in the northern parts in Iceland, the chance of a white Christmas is much higher. 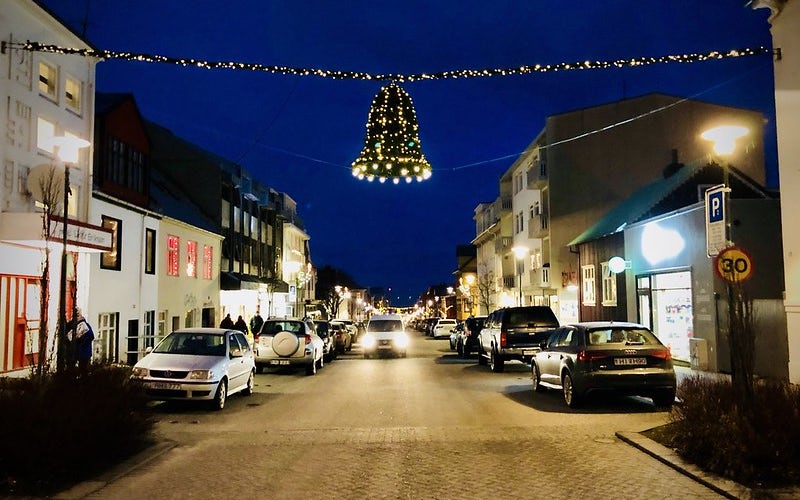 When it doesn't snow on Christmas Eve, Icelanders call it "red Christmas" as opposed to white Christmas. Flickr/Aaron Paulson.

Icelanders do have a few peculiar Christmas traditions. The most unique of them is without a doubt the very established custom of giving books (usually novels) as Christmas presents to friends and relatives. The majority of Icelandic novels are published in October and November, that is, just in time to join the “Jólabókaflóð” (an Icelandic word that could be translated as “The Christmas Book Deluge”).

Other traditions tend to have roots in folklore. For instance, according to one legend, a huge and terrifying cat (called the Yule Cat) will show up on your doorstep before Christmas if you haven’t bought a new item of clothing for the holidays, and eat you. Or your children, if you haven’t bought anything for them. Icelanders also have thirteen Yule Lads instead of a pot-bellied elder who travels around on a sleigh powered by flying reindeer. The Icelandic Yule Lads do not wear red suits, and tend to be quite prankish. 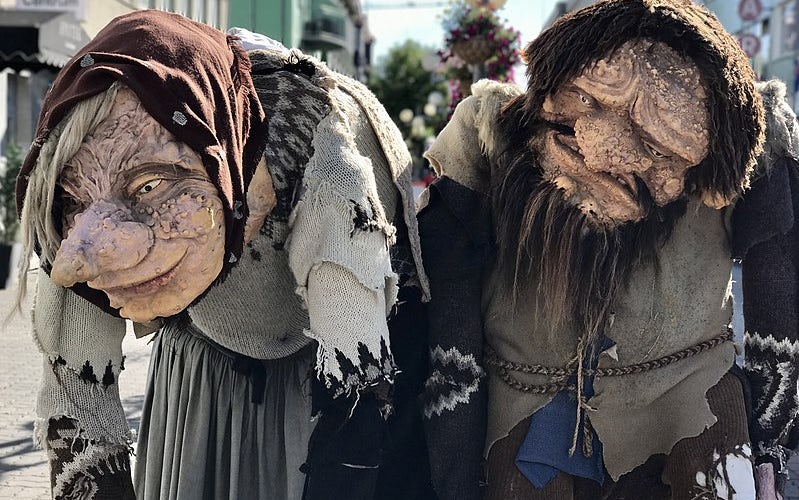 Figures of Grýla and Leppalúði, the sloppy and evil parents of the 13 Yule Lads. Photo/WikimediaCommons.

However, Christmas in Iceland generally means the same as in most other corners of the word: it’s an excuse to drink hot cocoa in excess and spend way too much money on gifts and decorations. It’s also such a cosy season, full of warmth and festive rituals. So, I’ve created list of five incredibly nice and Christmassy things to do in December in Iceland for all those who are lucky enough to visit the country during this magical time of year.

1. Walk down the main shopping street on December 23 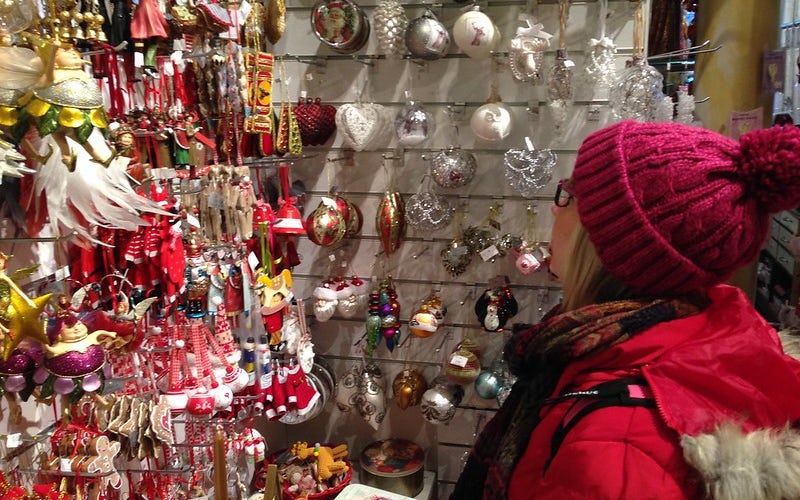 Many Icelanders do last-minute Christmas shopping on December 23. Flickr/burkazoid.

On the 23rd of Decembers, Icelanders celebrate the Mass of St. Thorlac. This is the day when Christmas preparations are at its peak, and the disorganised among us flock to the city centre to do some last-minute Christmas shopping.

As a result, the evening of St. Thorlac’s Mass is almost more festive than Christmas Eve: everyone goes downtown to meet friends and bump into acquaintances, choirs sing carols on street corners and shops are open until 11 pm.

I usually buy the last Christmas present on the 23rd of December, just to have an excuse to go downtown and enjoy the holiday vibes. 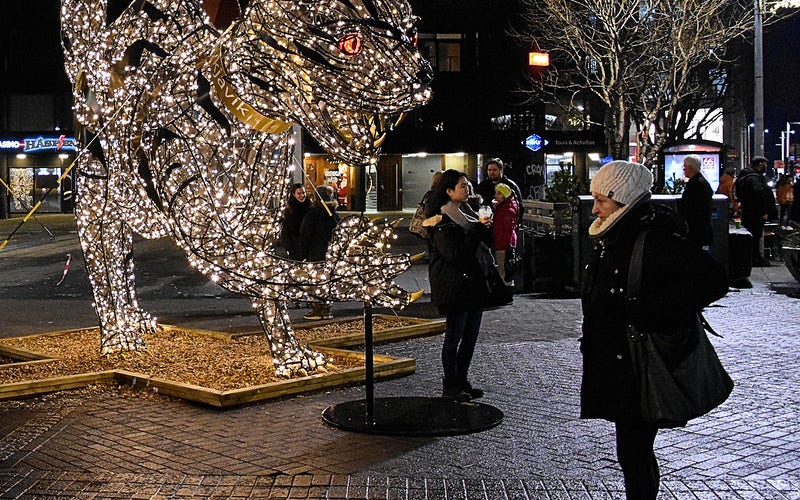 It's clear that the woman standing beneath the the Yule Cat's mouth has not yet bought a new item of clothing for Cristmas 🙀 Flickr/Atli Harðarson.

I have already mentioned the legendary Yule Cat (you know, the horrific cat who eats those who celebrate Christmas in a last-season outfit). For the past few years, a huge lit-up Yule Cat has been installed on Lækjartorg Square as an alternative to a Christmas tree. Although it’s probably the scariest Christmas decoration you will ever see, it’s quite unique and very picturesque.

3. Treat yourself to a fancy Christmas lunch/brunch 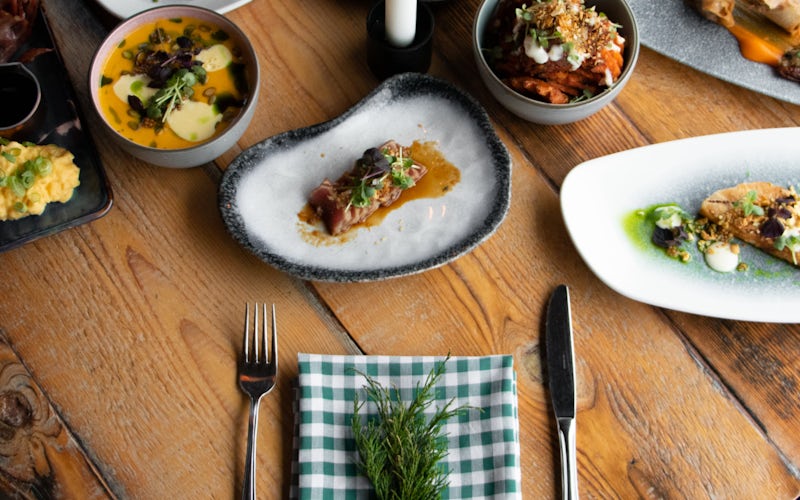 Many restaurants have started offering a multi-course Christmas lunch, or a Christmas brunch buffet, in December. The dishes usually consist of traditional Icelandic Christmas delicacies, such as Hangikjöt (smoked lamb) and pickled herring, as well as the usual turkey and beef wellington.

Usually, the price for a set-menu Christmas lunch, or a buffet, is around 5.000–7.000 ISK per person. You can browse through different restaurants and book via Dineout. 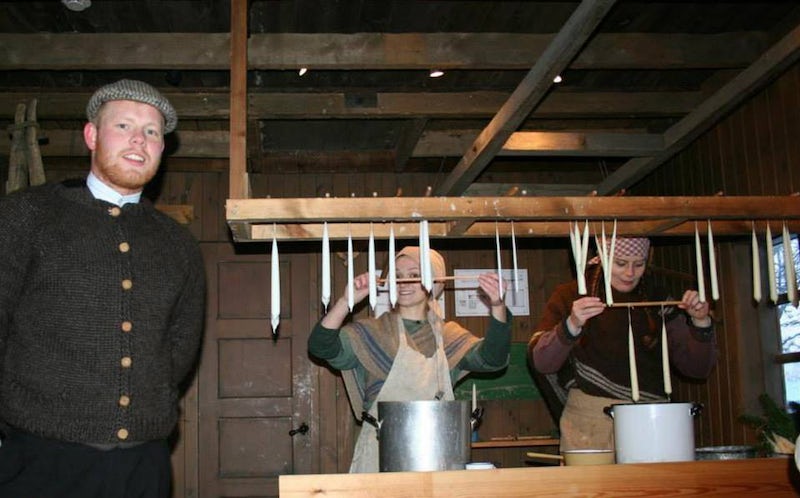 The Árbær Open Air Museum is built on the site of an old farm in Reykjavik called Árbær. It now consists of more than twenty old buildings that resemble an old Icelandic village. According to its website, the museum aims “to give a sense of the architecture and way of life and lifestyles of the past in Reykjavík.” Visitors are free to enter the buildings and explore what’s inside.

The Árbær Open Air Museum offers an interesting family-friendly Christmas program which allows guests to take part in traditional Christmas festivities and sample all kinds of Icelandic Christmas delicacies. The events take place every Sunday in December until Christmas and the price per person is 1.500 ISK (free for children and young people under 18 years). 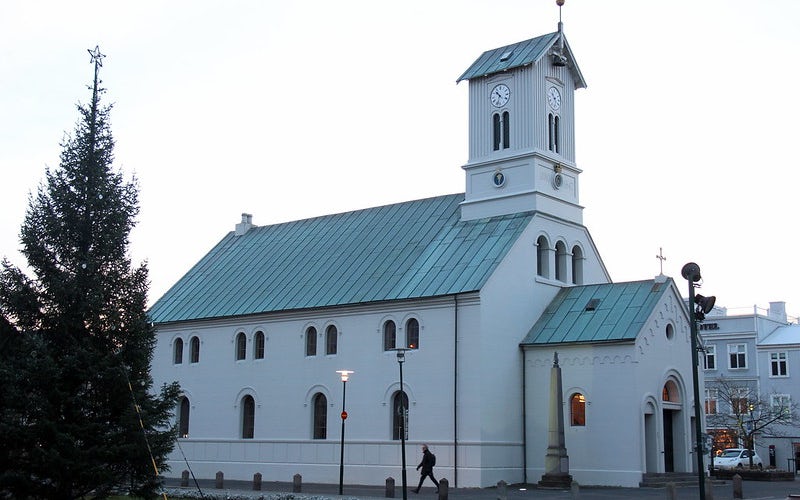 The Cathedral during the holidays. Flickr/Bex Walton.

For the past years, the Camerarctica chamber group has performed some beautiful music by Wolfgang Amadeus Mozart in the Dómkirkja Cathedral right before Christmas. For many people, this is one of the most festive Christmas traditions, as it allows the audience to enjoy a few peaceful moments after a period of stressful holiday preparations.

Buy tickets for the event here.

How to Prepare for a Winter Road Trip in Iceland
Story

The Magical Year Round Christmas Garden in Akureyri
Story

Things to do in Iceland in December and January: Travel Guide by a Local
Story