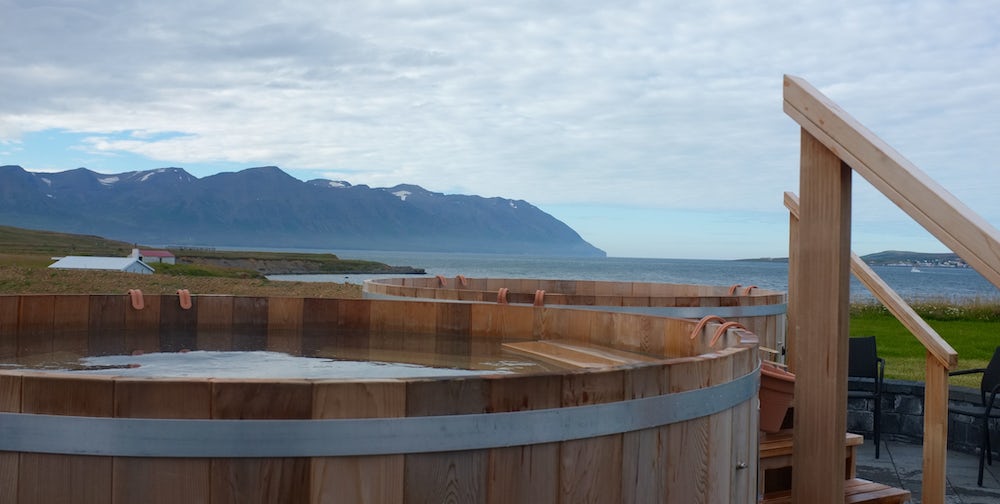 Bathing in Beer: A Visit to the Beer Spa in North Iceland

The latest addition to Iceland’s vibrant craft beer scene is the Beer Spa at the Kaldi brewery, not far from Akureyri in the northern part of Iceland. The spa, which opened earlier this summer, offers visitors an opportunity to bathe in tubs filled with beer, warm water, hops and yeast, while drinking cold Kaldi craft beer from tap.

Beer spas are quite common in the Czech Republic and most of the largest Czech breweries operate spas that attract beer-lovers from all over the world. The Czechs believe that bathing in beer is good for the skin and that it’s overall a revitalizing experience for your mind and body.

The Kaldi Beer Spa has been very popular since it opened, both with locals and foreigners so I decided to check it out and see if it lived up to the hype.

We drove to the Kaldi brewery in Árskógasandur from Akureyri, where we were staying for a couple of days. The drive was about 20 minutes from Akureyri’s city centre. 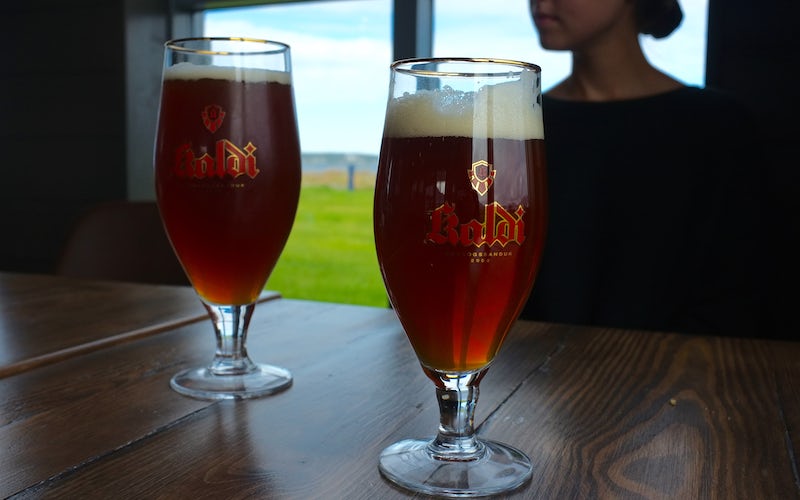 Kaldi brewery was founded in 2006. Wonderguide/Nína. 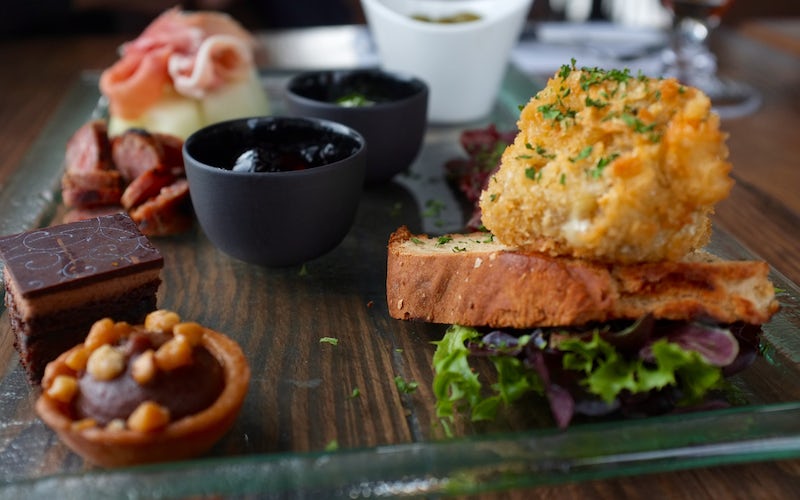 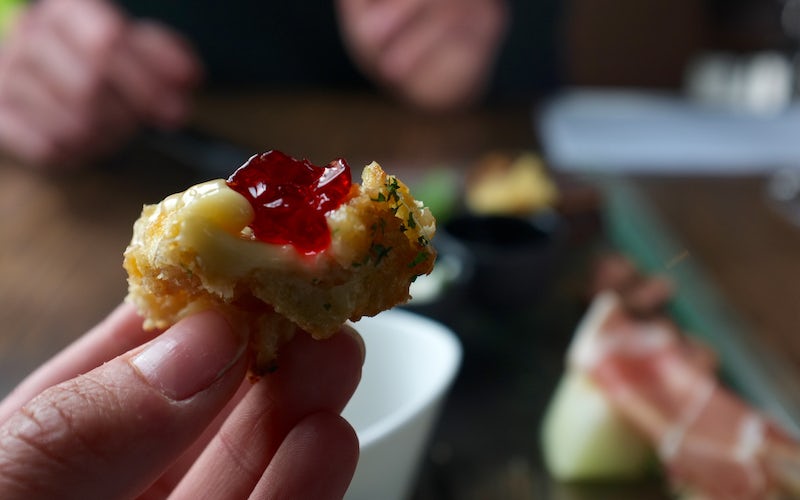 Before starting our spa session, we tried out some delicious appetizers at the restaurant, including some double smoked lamb, deep-fried camembert, prosciutto and salami.

After that, we were showed to our private room where we shared a hot tub filled with beer. We spent 25 minutes in the tub which was very relaxing. You could drink as much beer as you wanted during that time but I just had a few sips since I was the designated driver.

When the bathing session was over, we went upstairs to the “relaxation room” where we lay down wrapped in blankets and chilled for about twenty minutes.

We could have gone to the outdoor area after that, but we felt kind of tired, perhaps a bit too relaxed, to do try out the outdoor-tubs and the sauna. 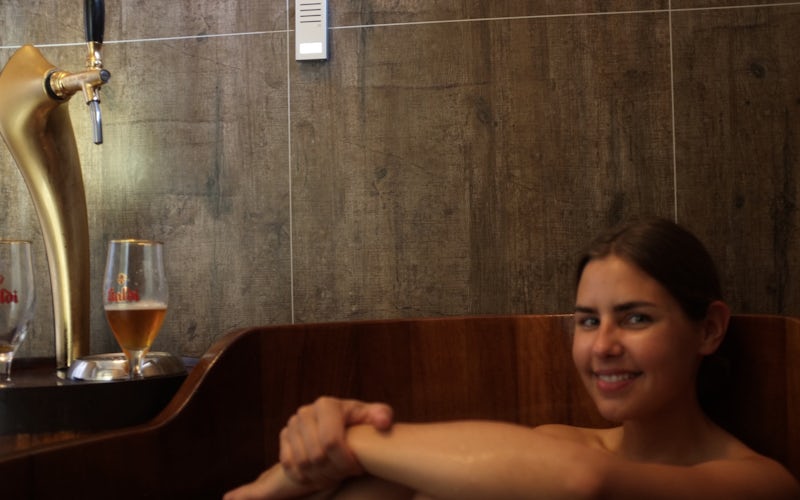 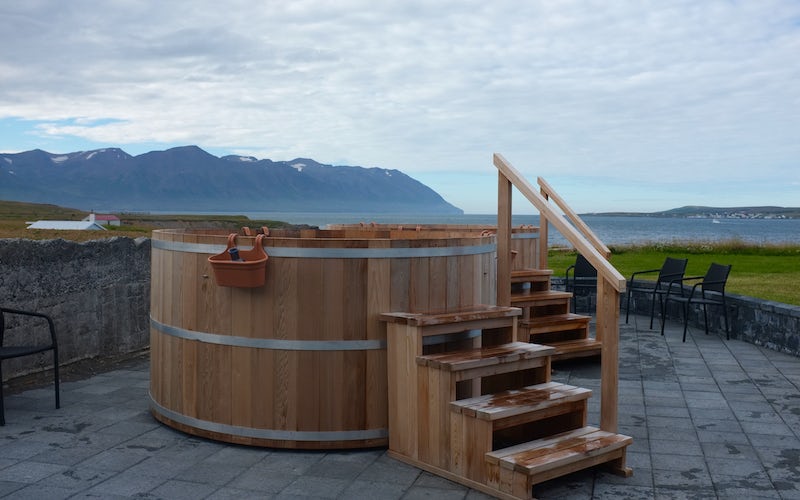 The view from outdoor tubs is not bad. Wonderguide/Nína 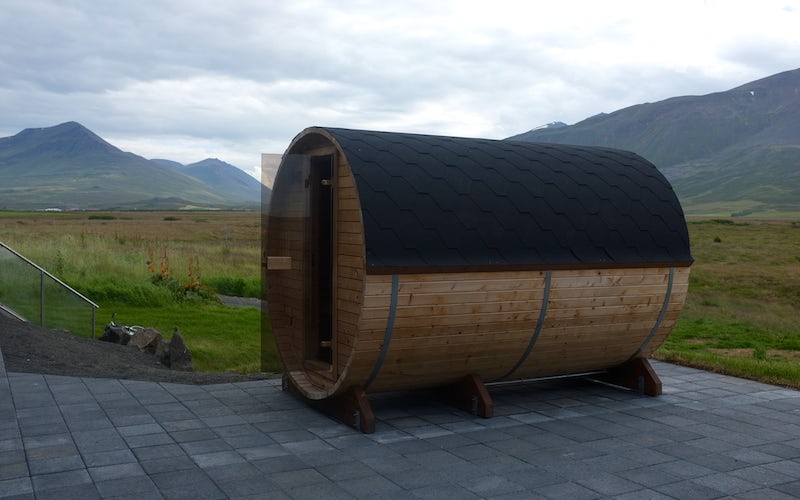 Don’t you get intoxicated by soaking in beer?
No, the bath isn’t alcoholic so you don’t have to worry about getting “drunk” during the bath unless you’re consuming beer while you’re bathing.

Can I drink the water in the tub?
They change the water for each new guest so it isn’t dirty. If you’re really curious, you can try it if you want. Don’t expect it to taste good though.

Can children go to the Beer Spa?
Yes, but children under 16 have to be accompanied by adults.

Isn’t it dangerous to drive after the Beer Spa?
Those who are driving shouldn’t drink beer during the spa session. A couple of sips to taste may be fine, but it is strictly against the law in Iceland (just like most other places in the world) to drive after consuming alcohol.

Akureyri: Paradise of the North
Story