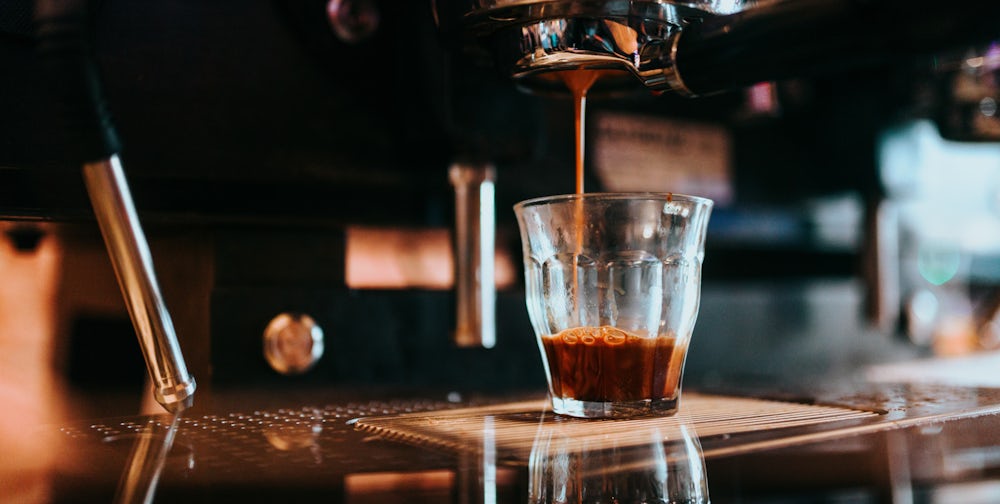 An Introduction to Iceland‘s Coffee Culture

Icelanders are crazy about coffee, even more so than the neighbouring countries. Since the introduction of this exotic caffeinated drink roughly 300 years ago, Icelanders have celebrated their favourite beverage by drinking it in excess – early in the morning, late in the evening (and in the hours in between). Here are a few words on the coffee culture in Iceland and where to get the best coffee in the country today.

Coffee is said to have first arrived in Iceland on November 16, 1703. Whether this precise date is correct is debatable. However, the story goes that the famous manuscript collector Árni Magnússon had acquired a taste for coffee and tea during his years abroad and when he came back to Iceland, he complained relentlessly about the lack of coffee in the country. His friend eventually ordered some coffee beans for him from Denmark, which are said to have arrived on this date.

During the 18th century, coffee was mostly enjoyed by Danish officials, priests and county magistrates in Iceland as it was too expensive for commoners. However, drinking coffee quickly became very widespread in the 19th century and the whole country seems to have become addicted before 1900. 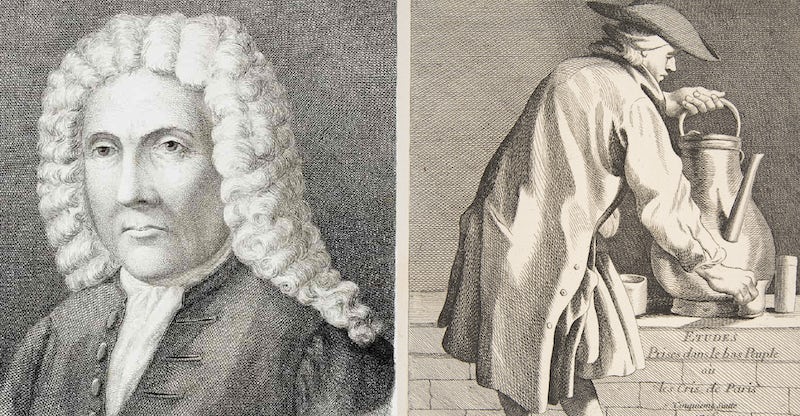 Árni Magnússon on the left, a European coffee vendor on the right.

There is no single explanation for Icelanders’ obsession with coffee. Drinking multiple cups a day is so thoroughly embedded in daily life here that we hardly ever think about it as a peculiar habit. People have their first cup as soon as they get up and then continue drinking coffee throughout the day.

Personally, I think this may have to do with the fact that sunlight is very scarce in the wintertime in Iceland, since the country is located just below the Arctic Circle. Most inhabitants experience winter fatigue at some point – and what’s a better remedy for tiredness than a strong cup of coffee? The cold climate is another factor. We tend to like our coffee hot, as it warms up the body during these cold wintery days.

But Icelanders care about quality too. In recent years, people have started to think more about roasting and brewing methods as well as the quality of the coffee beans. Moreover, many homes now have elegant espresso-makers similar to those that used to be seen only at cafés. In other words, the coffee culture in Iceland has evolved quite a bit in the past decade or so. Now, a cup of coffee isn’t just a source of caffeine to keep you going, but something to pleasurably savour during a much-needed break from the daily grind: a ritual.

Black or white, bitter or sweet? How Icelanders take their coffee

When I moved to Italy a few years ago, I quickly realized that there were some very established cultural norms in place regarding the local coffee culture. For instance, a local told me that drinking cappuccino should be exclusive to mornings. As you probably know, Italians are fond of their espresso, which they usually take black with lots of sugar. Big cups of coffee, that is American sizes, are simply not a part of the culture there. 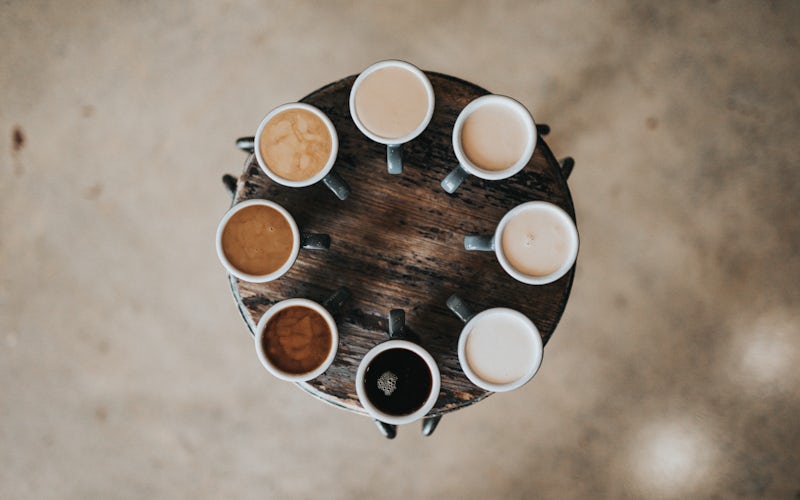 Black or white, that is the question. Unsplash/Nathan Dumlao.

The Icelandic coffee culture is a bit more relaxed than in Italy. The traditional Icelandic cup of coffee is brewed in a drip coffee maker and served with a splash of milk and some sugar. Nowadays, less and less people take sugar in their coffee and milk has become optional. Frothy milk-based Italian coffee, such as caffe latte and cappuccino, were incredibly popular in Iceland around the start of the millennium. These drinks are still around, but I believe that they aren’t as incredibly trendy as they used to be.

Another thing worth mentioning is when people in Iceland get visitors, they are expected to offer them coffee. This means that even those who don't drink coffee usually have some coffee in their cupboard and a coffee-making machine.

Where to get the best coffee in Reykjavík

Moving on to cafés, I’m now going to share with you some of my favourite spots to grab good quality coffee in the capital. I will name a few places that can’t go wrong if you’re looking for excellent taste and quality – and tell you how to order coffee in Icelandic 🤓 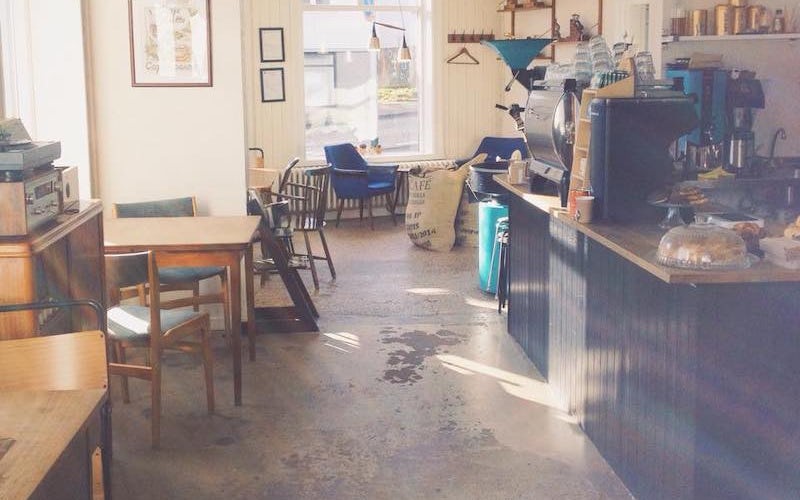 Reykjavík Roasters is an incredibly ambitious coffee shop and roastery, located in the heart of the city centre. Their coffee has a distinct mildly acidic flavour, which may not appeal to everybody, but coffee enthusiasts really seem to like it. Reykjavík Roasters were also among the first coffee shops to serve oat-milk lattes and cappuccinos, which is very much appreciated by those who choose to avoid regular milk. 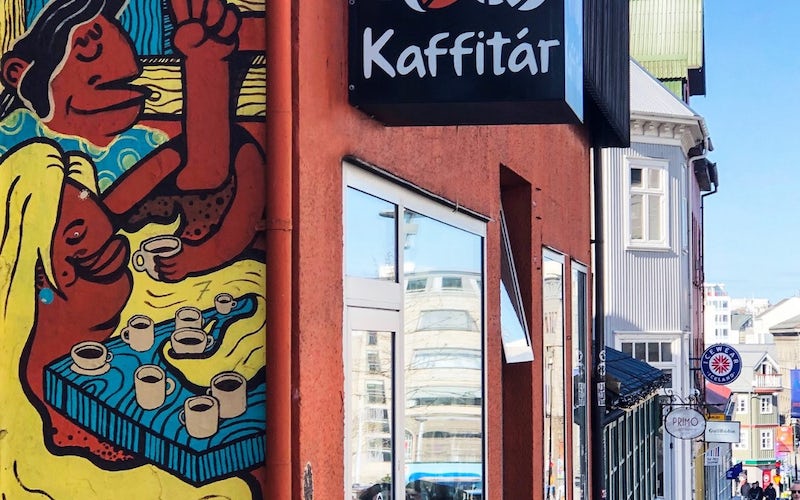 Kaffitár is an excellent café, located in Bankastræti in the city centre. The baristas who work there are highly skilled and the coffee is always top quality. 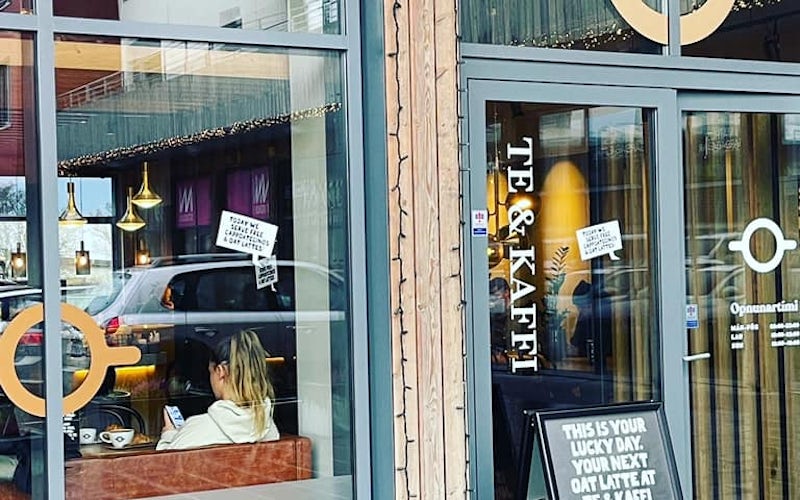 This is the largest chain of coffee houses in Iceland. However, their standard is very high. I also like the fact that many of their coffee shops are inside bookstores, which allows you to drink excellent coffee in the company books and magazines. 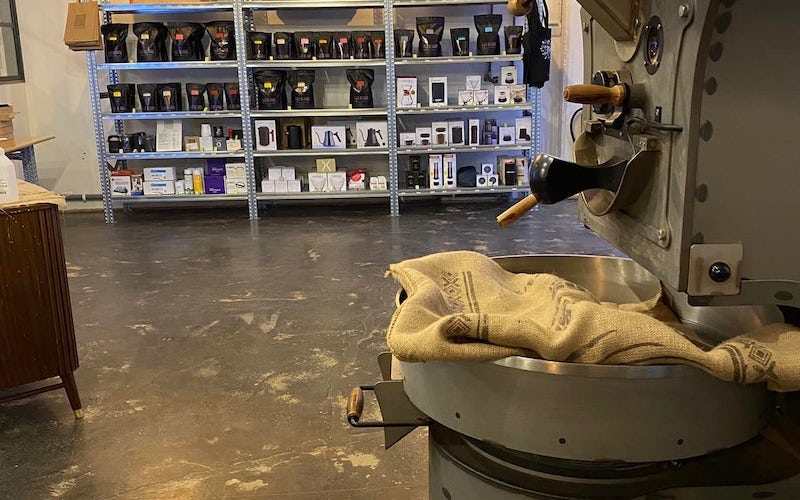 Kaffibrugghúsið is not a café, but a retailer of home-roasted coffee beans and coffee-making equipment. They also offer seminars and workshops for coffee enthusiasts and professionals alike.

How to order coffee in Icelandic?

Well, that is easy:

10 Atypical Things to Do in Reykjavik
Wonderguide