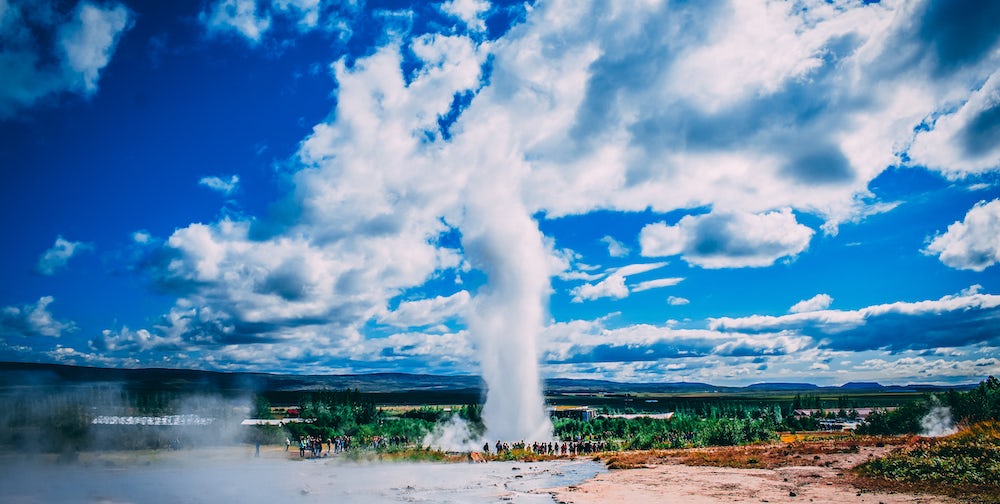 All You Need to Know about the Golden Circle

Those of you that have already started researching Iceland as your next destination have already stumbled upon numerous articles on the Golden Circle route. In this article, I will tell you everything you need to know about this ever-popular route.

What is the Golden Circle?

The Golden Circle is a route between three major attractions: Geysir, Gullfoss Waterfall and Thingvellir National Park. It takes one day or less to do the whole tour and it’s well within reach from the capital. The route is around about 300 kilometres (190 mi) long, counting the drive from Reykjavik.

The Golden Circle route is still extremely popular with tourists and therefore it’s wise to know what you’re getting into before you hit the road. 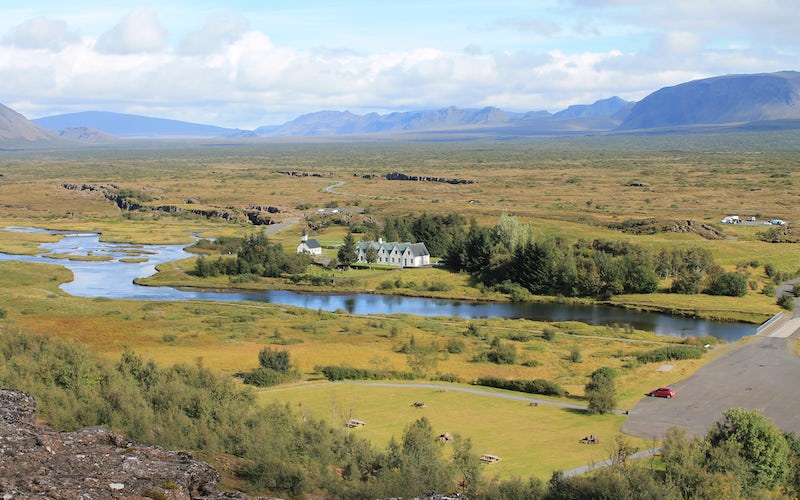 The church of Thingvellir by Öxará river. Photo: MaxPixel

The first stop along the way is Thingvellir National park. Thingvellir is an extremely interesting destination, both in terms of history, nature and geography. Thingvellir is situated between two tectonic plates, the North American and the Eurasian. It is actually quite easy to see the continental drift between the two tectonics, there are visible cracks and faults traversing the area. Some of these cracks are very large, like the walkable Almannagjá for instance.

The historical significance of Thingvellir for Iceland is also great. Shortly after the settlement, the newcomers chose Thingvellir to be the location for a common parliament, Althingi . Being established in 930, Althingi is the world’s oldest parliament.

The settlers of Iceland had scattered all over the island, settling down wherever there was good farmland. Because of that, it was important to choose a fairly central and easily accessible location for the nation’s parliament.

Every summer, the farmers would ride to Althingi to settle legal disputes, take part in legislative work and probably attend to some networking and business too.

The legislative power of Althingi diminished as the years went by, first due to the submission of Icelanders to the king of Norway in 1262. Continued by ages of monarchy under the Danes, the Althingi of Iceland finally lost its legislative powers completely. In 1844, Althingi was moved to Reykjavik and restored after a harsh era in Iceland’s political and judicial history.

Thingvellir is ideal for short hikes, exploring Almannagjá or diving in the Silfra Fissure – which is supposedly an unforgettable experience. 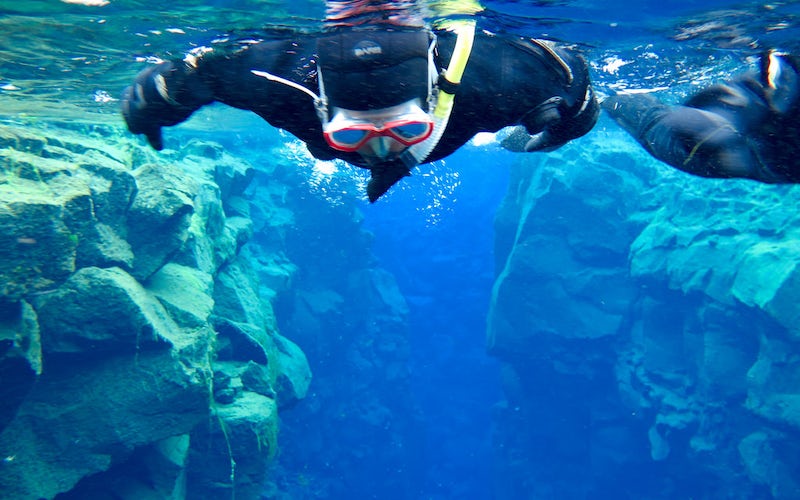 Unfortunately, Geysir has not been very active in the past decades. Its eruptions used to be incredible high, or up to 560 ft (170 m). The Strokkur geyser, on the other hand, is extremely active as it erupts in every eight minutes or so. Watching it erupt is a magnificent sight, something you won’t forget any time soon. 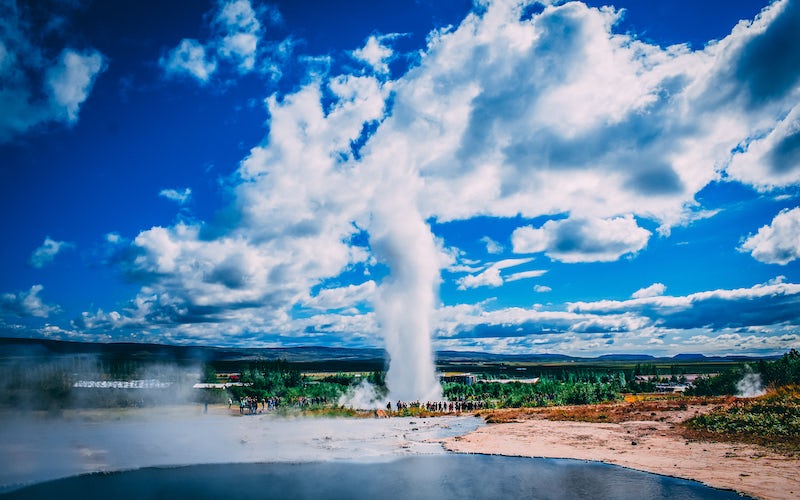 Strokkur can erupt up to 130 ft (40 m) but usually the eruptions are somewhat smaller, or around 60 ft (18 m). The best thing about Strokkur is that it’s extremely reliable, it will erupt while you’re there and you will be able to catch some magnificent photographs or videos of the spectacle. There are a few smaller geysers in the area and you can walk around and check them out too.

There is also a hotel and a large tourist centre in Haukadalur, just by the parking lot. There you’ll find some rather nice stores selling outdoor apparel, such as Mt. Hekla, 66°North and the most fashionable store in Iceland, which is actually called Geysir .

There are at least two restaurants to choose from at the Geysir centre. One of them, called Glíma, has a a beautifully designed interior and it’s definitely worth checking out. I haven’t tried the food there but I’ve heard it’s good.

Gullfoss is probably the most famous waterfall of Iceland. The name translates to “The Waterfall of Gold” and it has been dubbed the “King of Waterfalls”.

Although there’s now a general consensus about the waterfall’s stunning beauty, this major attraction used to be a subject of debate. In the early 20th century, harnessing electricity from naturally flowing streams and waterfalls became more common and some entrepreneurs became obsessed with the idea of harnessing electricity from the incredibly powerfull Gullfoss Waterfall. 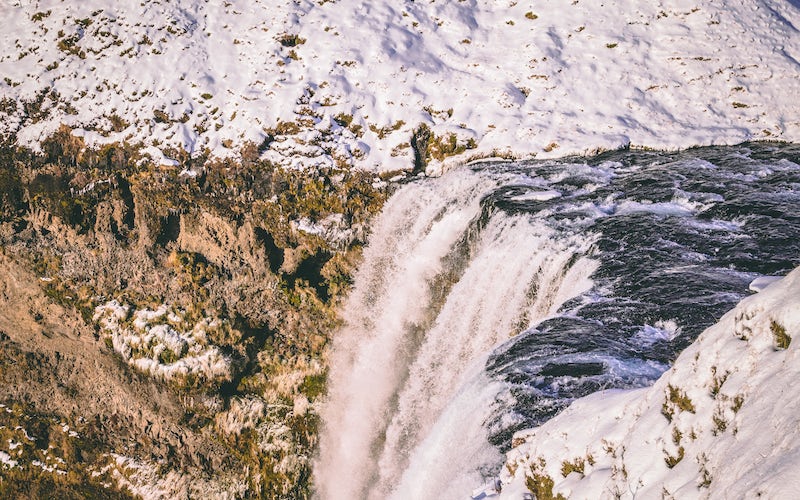 There were, of course, voices of opposition at the time, but nature conservation was not as big an issue back then as it is to day. One of the fiercest opponents was a woman named Sigríður Tómasdóttir, the daughter of the landowner of Gullfoss and its vicinity. The landowners had tenants, and the tenants were the ones that were planning on harnessing Gullfoss’s power. Luckily, these plans came to nothing and Gullfoss was left untouched.

Gullfoss is 105 ft (32 m) high and it’s divided into two drops. Its average flow rate is 140 m3/s. There is a tourist centre and a huge parking lot by the waterfall. The tourist centre isn’t as large as the one by Geysir but you can buy some food, drinks, refreshments and souvenirs there.

When is the best time to go?

The Golden Circle is (usually) open all year round. It is wise to check the weather and road condition during the coldest months. Roads may be closed in the winter, especially if the weather is bad. vegagerdin.is is your go-to website if you’re driving in the Icelandic winter, there you can see which roads are close due to weather or maintenance.

If you decide to drive the Golden Circle route during the summer, I recommend choosing the time of day wisely. Most buses depart at 9 am from Reykjavik and the main attractions on the route are extremely crowded from 10 until the evening. Therefore, it’s best to be either ahead of the crowds or show up after they’ve left.

I went to Geysir and Gullfoss last summer and if I recall correctly, I was there around 9 am. There weren’t too many people in the area so I guess I succeeded in skipping the crowds. It might also be a good idea to go there late in the evening, or even during the night, especially in early summer while it’s still bright.

Self drive or an organized tour?

The advantages of a self-drive tour are that you can plan the tour according to your needs. There are loads of interesting sites in the region and some pretty decent restaurants too. Self-drive is also a good option for those who are spontaneous and want to let their curiosity control the itinerary.

Interesting stops on the way

There are many interesting destinations located on the Golden Circle route. It might be a smart idea to explore some of them since you’re in the area. Here’s a list of my top ten:

Is the Golden Circle a must-do while in Iceland?

Well, there are numerous other destinations in Iceland equally beautiful in my opinion. The reason why the Golden Circle route is so popular is because it’s close to the city and makes up a very convenient day tour.

If you have more time on your hands, you might want to drive further away from the city and perhaps explore other regions.

If you’re in the northern part of Iceland, you might want to check out the Diamond Circle , which is a very beautiful and unique sightseeing route. If you’re staying in Reykjavik, driving along the South coast is also an alternative to the Golden Circle.