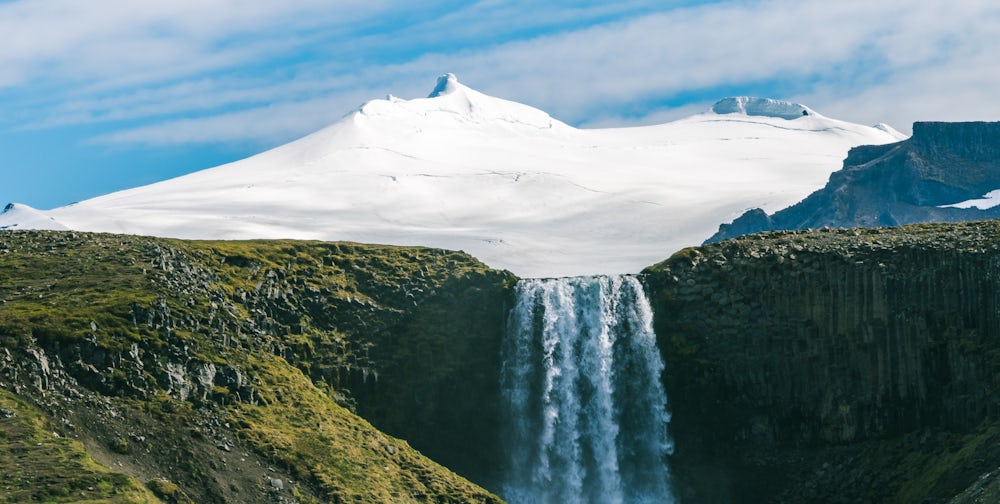 As in other countries, the tourist industry in Iceland has suffered greatly from the COVID-19 pandemic. However, there is much optimism that things start to become closer to normal next year, as vaccination rates in the world keep getting higher. I’ve selected a few activities worth checking out if you are visiting in 2022 – some of which were not available before the pandemic hit. 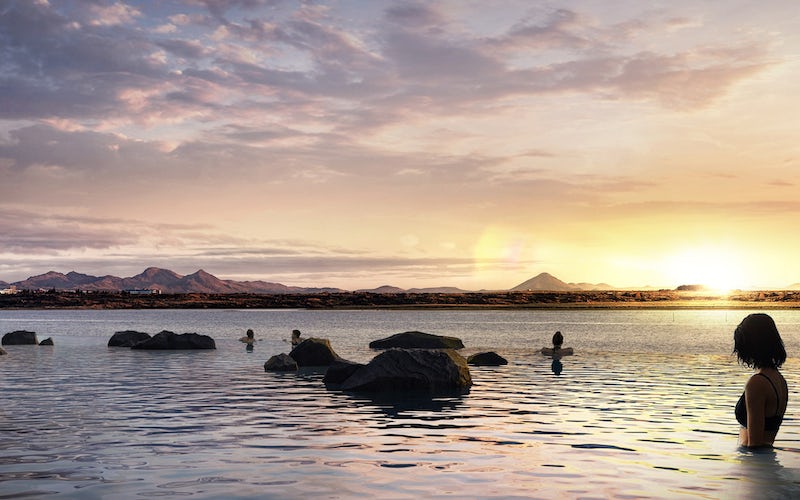 The Sky Lagoon is a brand-new thermal spa in Kópavogur (a suburb of Reykjavik). Its location by the sea, and its innovative seven-step wellness ritual, makes it a truly unique experience.

The spa differs from the Blue Lagoon in many ways, so in my opinion it shouldn’t be seen as an alternative to that world-famous geothermal pool. If you generally like thermal spas, I say you try visiting both of them!

Pro tip:  There is a new restaurant in the industrial zone close to the Sky Lagoon called Brasserie Kársnes, perfect for a post-spa dinner.

FlyOver Iceland is a virtual reality experience, imitating a flight over the island. “Passengers” sit with dangling feet in front of a huge spherical screen, while the other senses are stimulated with wind, scents and music.

FlyOver Iceland was opened in 2017 and has been a great success among tourist and locals ever since. It is located in Grandi, a quasi-industrial area west of the city centre in Reykjavik. 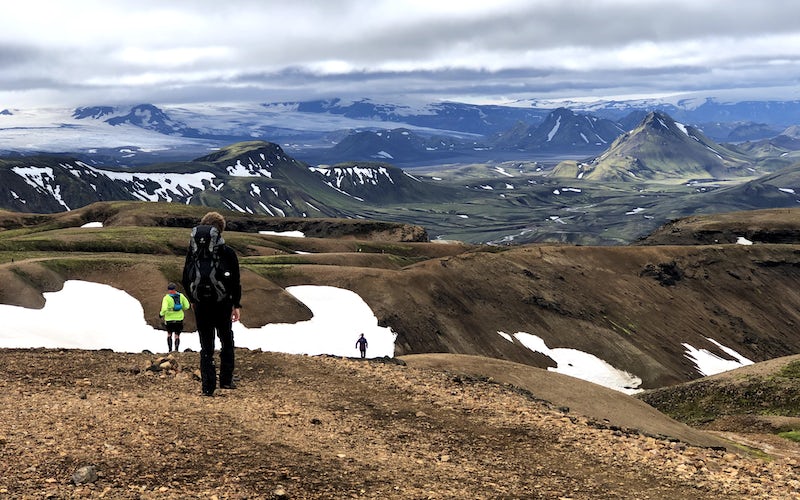 Laugavegur is one of Iceland’s most popular hiking routes. It is situated in the vast Central Highlands of Iceland and takes you through diverse landscapes. The route can be hiked in two to three days, with overnight stays in huts or a tent.

It's best to plan your hike well in advance. Keep in mind that the route is impassable during the wintertime, and it can even be quite snowy early or late in the summer.

Pro tip: If you’re an avid runner, sign up for the Laugavegur Ultra Marathon, which takes place in July every year.

4. Attend a concert at Harpa 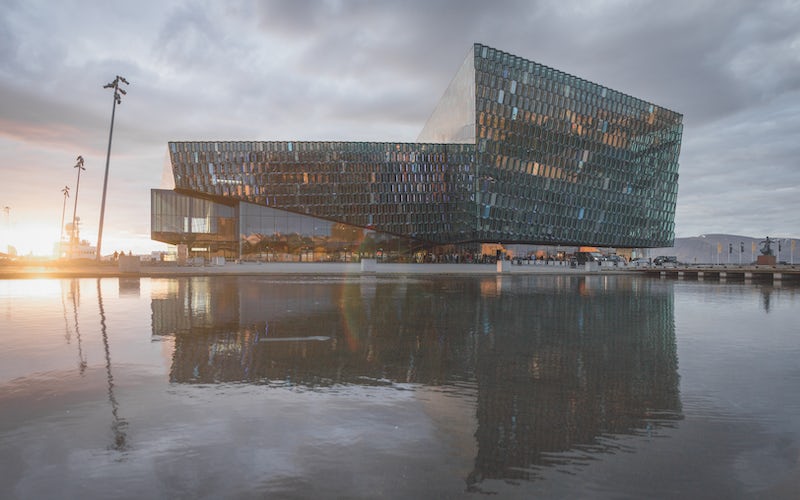 The Harpa Concert Hall in Reykjavik has already become one of the city’s most iconic landmarks, despite only having been around for a decade. Gazing at the façade of the building, which is covered in synchronised led lights for a kaleidoscopic effect, is a magnificent experience in itself, but attending a concert is also highly recommended.

Harpa is the home of the Icelandic Symphony Orchestra, a world class symphonic orchestra that performs in the Eldborg Hall of Harpa every Thursday night during winter. Check out the program for 2022 here. 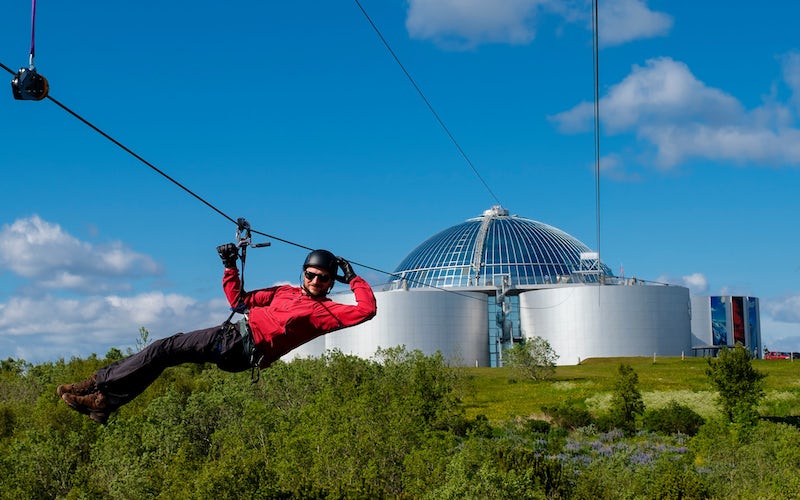 In Reykjavik, there's a peculiar building called Perlan situated on top of one of the tallest hills in Reykjavik. Perlan is actually a fun place to visit: there's a man-made ice cave, museums, a restaurant, and the tallest fountain I've ever seen in my life (which erupts every few minutes, just like a geyser).

The zip line is one of the latest additions to Perlan's huge selection of family-friendly activities. It offers fabulous views over the city and allows you to reach a thrilling 50 kilometres per hour! 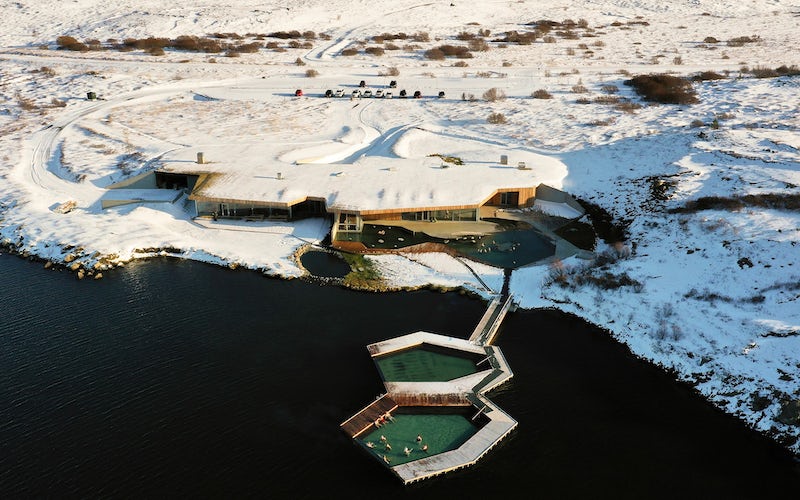 Here's another fabulous addition to Iceland's growing selection of geothermal spas. The Vök Baths are located in the Eastern Region of Iceland, and has recieved much applause since they opened in 2019. Unlike many new geothermal spas in Iceland, the Vök Baths are not situated by the sea, but by a lakeside. During the summer, you can swim in the lake in the unlikely event of getting tired of soaking in hot geothermal water.

The Vök Baths are located a stone's throw away from Egilsstaðir, the largest town in the Eastern Region. 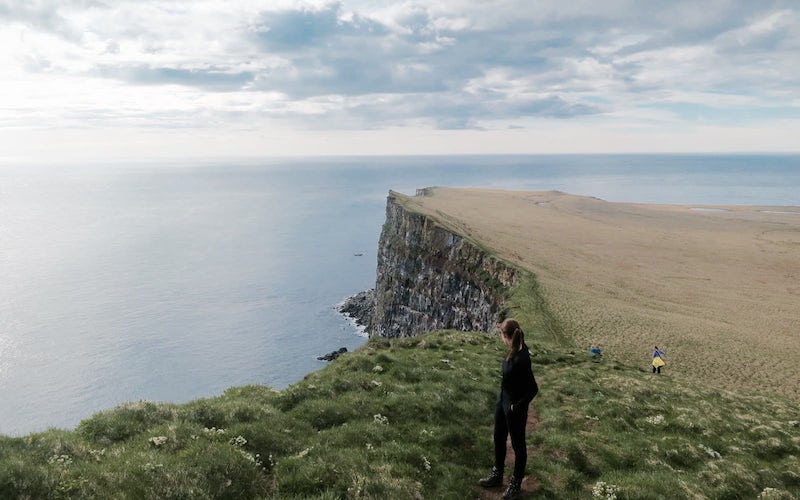 The Westfjords Peninsula is in my opinion the most underrated region in Iceland. Since it is not a part of the famous Ring Route of Iceland, it sadly slips under the radar of many visitors. Recently, the Westfjords of Iceland was chosen by Lonely Planet as the number one region to visit in 2022. According to their review, the jagged coastline and the "jaw-dropping" coastal fjords, as well as the low number of tourists, is what makes the Westfjords a fabulous place to visit.

See also: The Westfjords of Iceland: A 4 Day Hiking and Hot Springs Itinerary

I've been there several times and I can wholeheartedly recommend the region. Rent a car and drive around for a few days in the midnight sun and you won't be disappointed.

8. Dive in the Silfra fissure 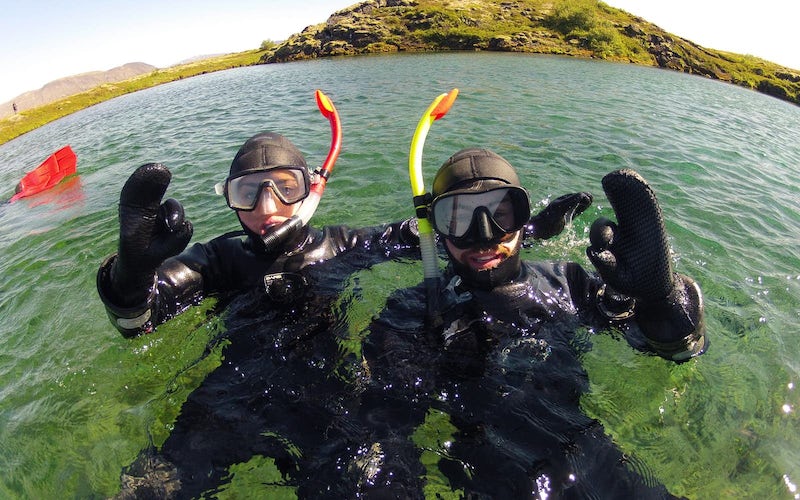 Silfra is an incredibly unique fissure in Thingvellir National Park, situated between the North American and Eurasian tectonic plates. The fissure is filled with glacial water that has been filtered through porous lava rock for decades. As a result, the water is crystal clear and ideal for snorkling or diving.

Diving in Silfra is an option throughout the year. The water is, quite understandably, extremely cold but you will be equipped with a comfortable dry suit on arrival. 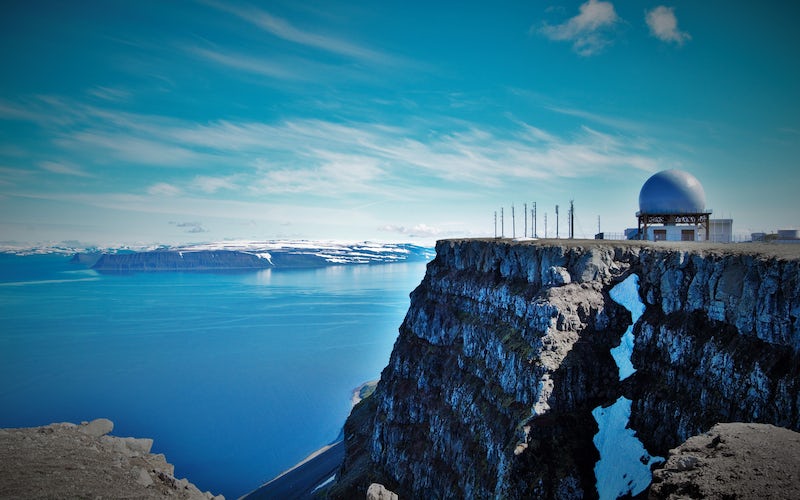 Bolafjall is a mountain in the Westfjords of Iceland that offers splendid views over the gorgeous fjords and mountains in the region. A viewing platform is currently being built on the mountain and is due to open next summer. A café will be opened at the same time.

10. Listen to some live jazz 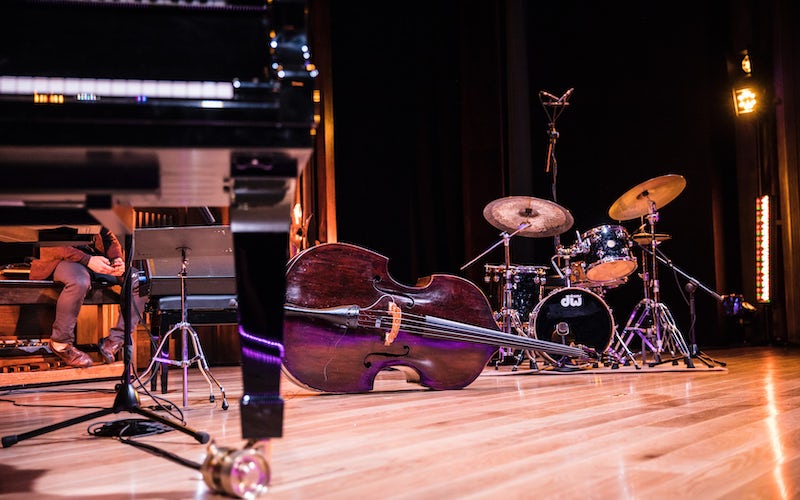 Musicians, artists and other performers have suffered a great deal from COVID-19 restrictions for the past months. Hopefully, we will see less restrictions in the upcoming year, and in turn, a revival of the music scene around the world. One of the things I missed the most during the pandemic was being able to attend concerts spontaneously - without rapid testing, masks or social distancing. If things go back to normal next year, I urge you to use the opportunity and listen to some of Reykjavik's super talented jazz musicians perform.

Breakfast in Reykjavík: A Guide for the Early-Morning Traveller
Story