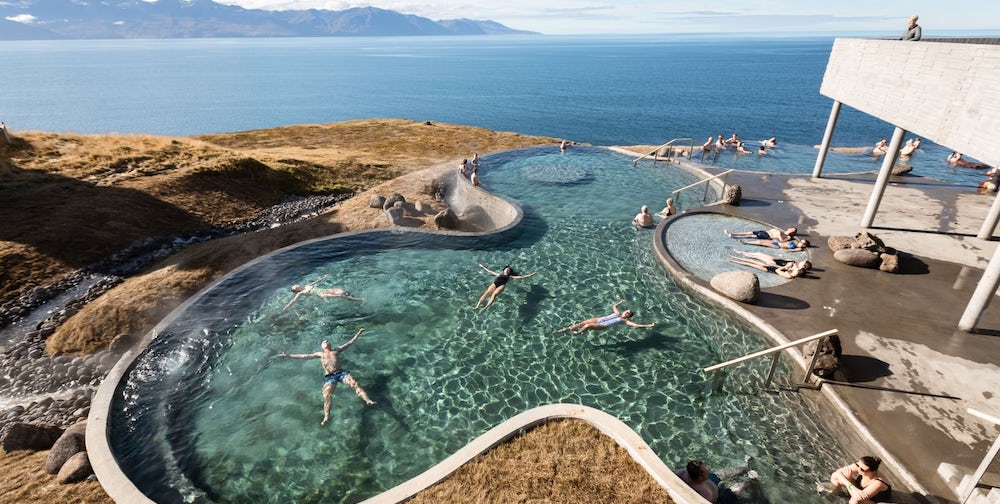 8 Geothermal Spas in Iceland That Aren’t the Blue Lagoon

If you’re planning a trip to Iceland, chances are that you have already heard about the Blue Lagoon. This iconic geothermal spa attracts thousands of visitors each year and has been one of the most popular tourist attractions in the country since it opened roughly two decades ago.

The Blue Lagoon is characterised by its milky white colour, which stems from silica, a mineral compound that can be found in high volumes in the geothermal water. The water is also rich in other minerals, such as algae and mineral salt. Because of this, bathing in the Blue Lagoon has some medical benefits, particularly for those who suffer from skin conditions such as psoriasis and eczema. 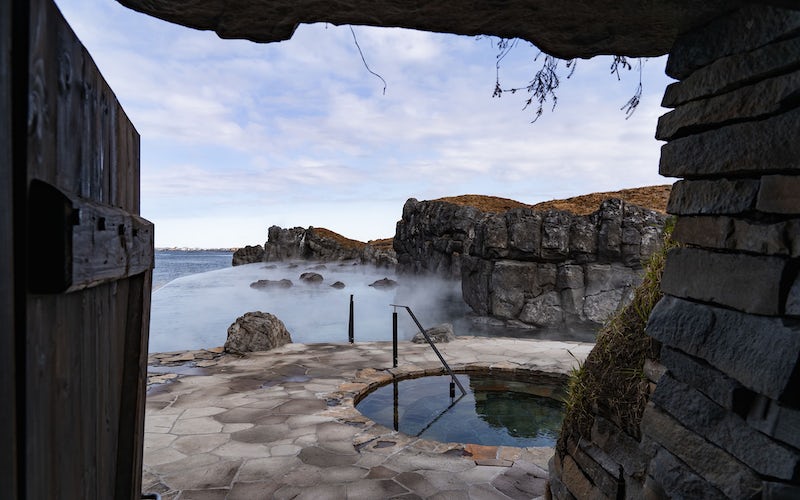 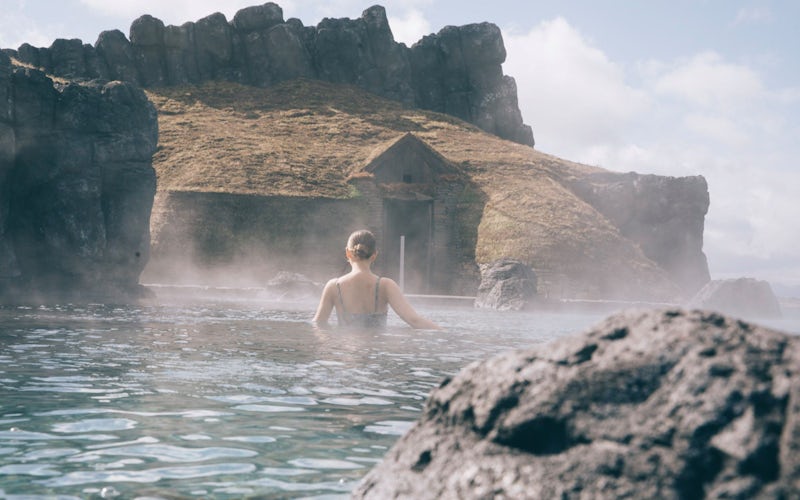 The Sky Lagoon is a new geothermal spa located in Kársnes, which is around ten minutes’ drive from the city centre. It’s location by the sea, and its innovative seven-step wellness ritual, makes it a truly unique experience.

Just like the Blue Lagoon, the spa is large and luxurious. However, there are some important differences. First of all, it is much closer to the city and therefore more accessible for those staying in Reykjavik. Secondly, it offers a magnificent ocean view which serves as a killer backdrop for your selfies. I totally forgot to bring my phone when I visited a couple of weeks ago so I sadly don’t have any photos from my experience, but the same cannot be said about the tourists I came across there. So – bring your phone to the pool if you want to document your trip!

As I previously mentioned, the Sky Lagoon is pretty fancy. The facilities are gorgeous and there is a bar in the pool, in case you’re in the mood for beer, wine or bubbles. As a result, admission is on the pricier side – just like the Blue Lagoon. If you skip the seven-step wellness ritual, it’s a bit cheaper. Make sure to book your visit in advance. 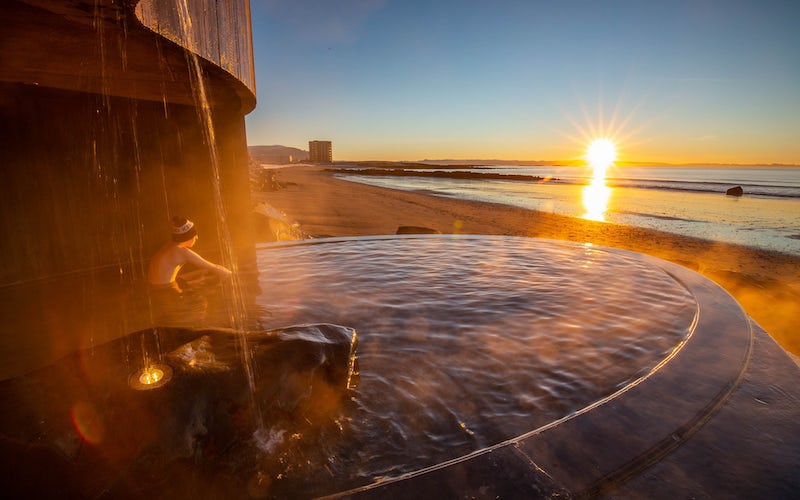 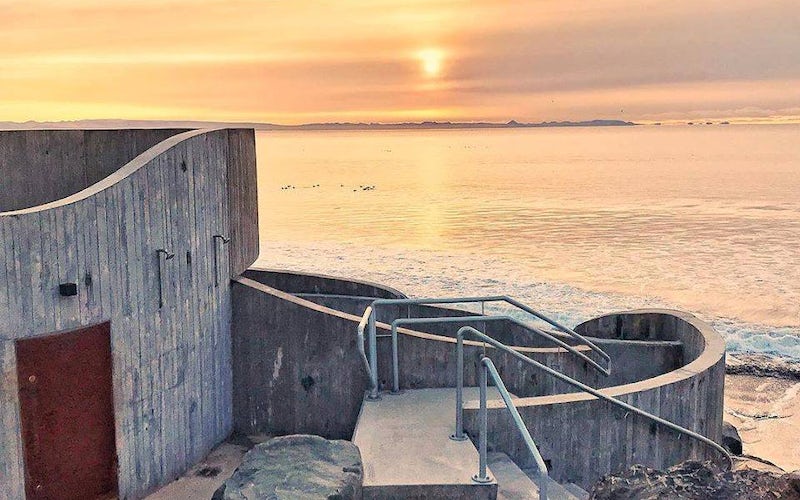 Ok, I must admit that Guðlaug is significantly different from the Blue Lagoon. It is, however, one of my favourite geothermal pools near Reykjavik so that is why I decided to feature it on the list. The admission is just 500 ISK (around 3,5 Euros), which makes it a great option for those who are travelling on a budget.

Guðlaug is essentially a set of geothermal hot pools situated at Langisandur Beach in the town of Akranes. What I really love about it is the ocean view and the fact that you can easily exit the pool and take a walk on the beach or even go for a swim in the sea. 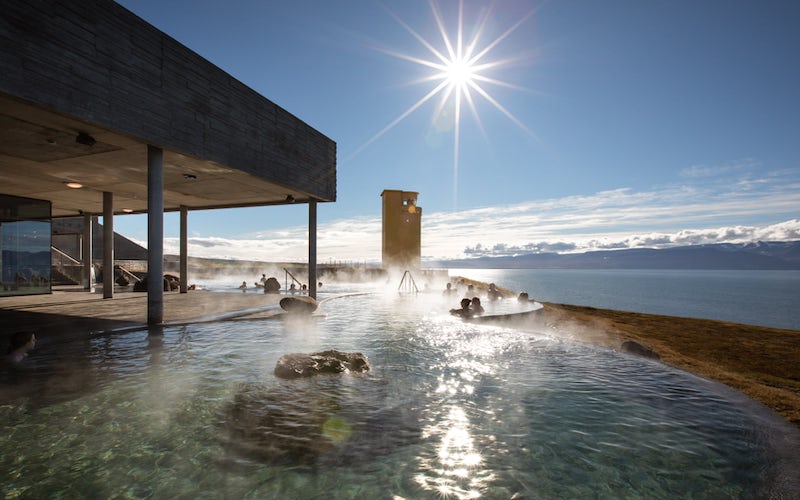 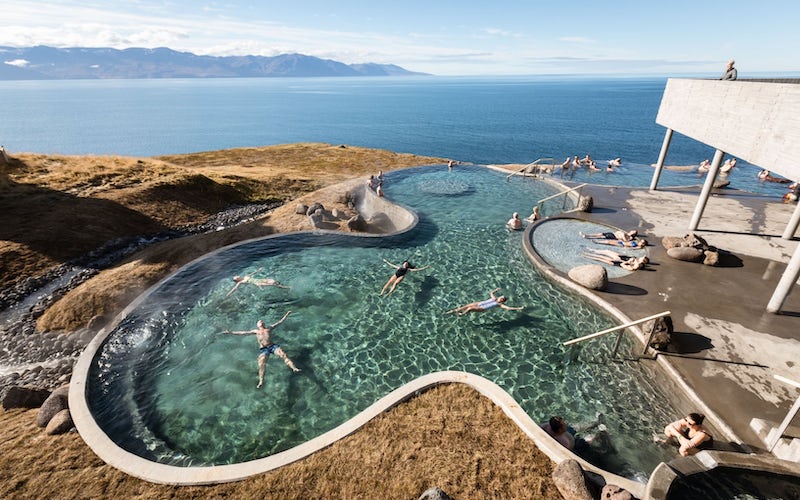 This gorgeous geothermal spa is located in the town of Húsavík, North Iceland. The pool is filled with excess geothermal seawater which was discovered when locals were drilling for hot water in the area some decades ago.

The water is rich in minerals which makes it good for the skin. Another huge plus is the view over the Skjálfandi Bay, which is one of the most popular fjords in Iceland to go whalewatching. Spotting whales from the pool is by no means guaranteed, but it sure is a possibility. 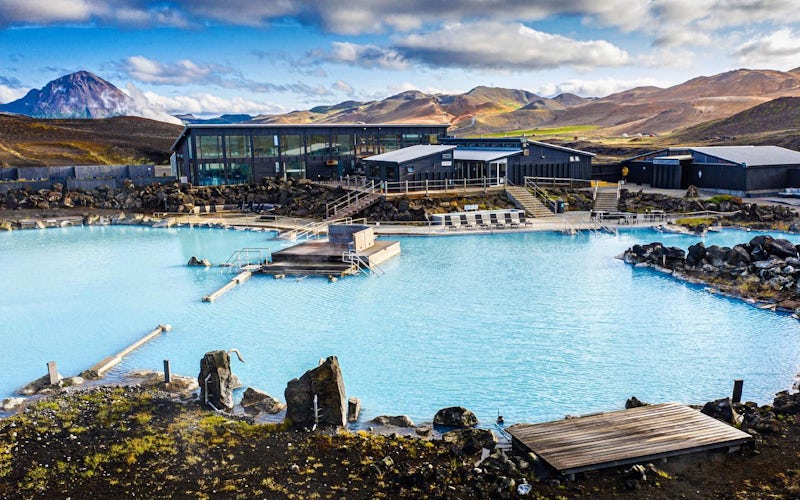 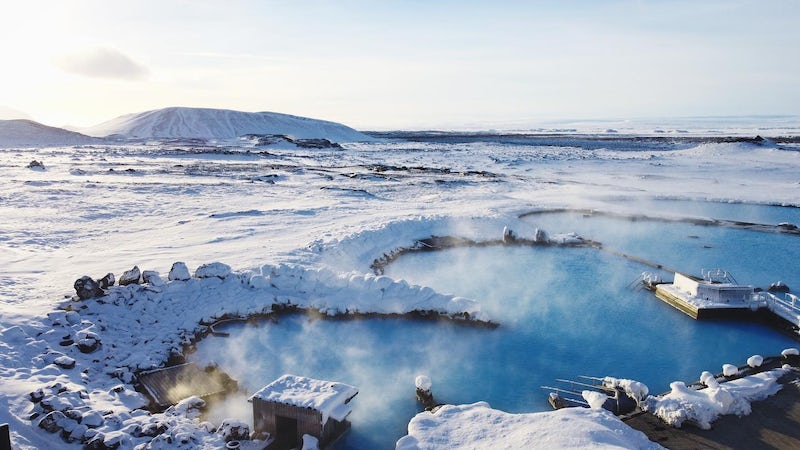 The Mývatn Nature Baths is North Iceland’s answer to the Blue Lagoon. Similarly, the spa is man-made and composed of excess water that flows from a nearby bore hole. The water is rich in minerals and resembles the unique colour of the Blue Lagoon. 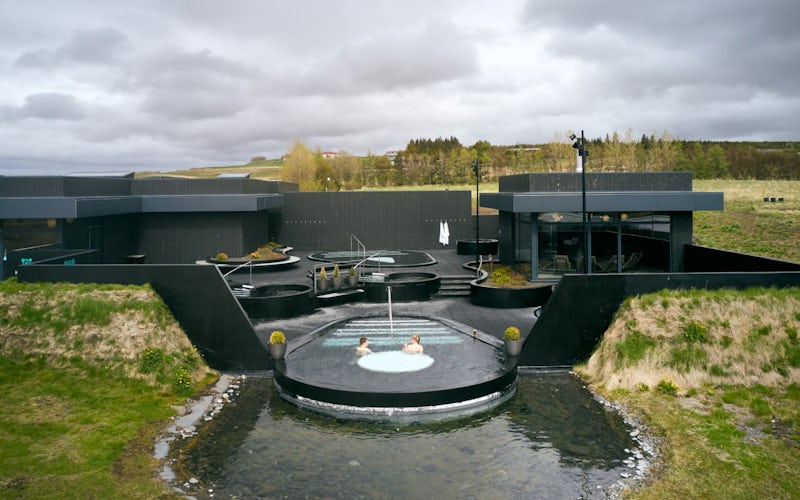 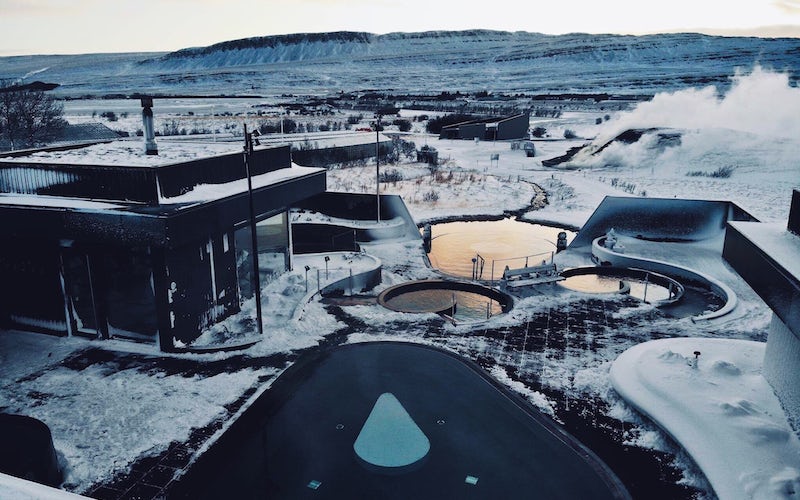 Krauma is a geothermal spa located a step from Deildartunguhver, which is the most powerful hot spring in Europe. The spa consists of a few hot tubs, an infrared cell, a steam bath and a relaxation room – which I really liked when I visited a few years ago. The largest bath has a nice view over the hot spring, as you can see on the photo above. 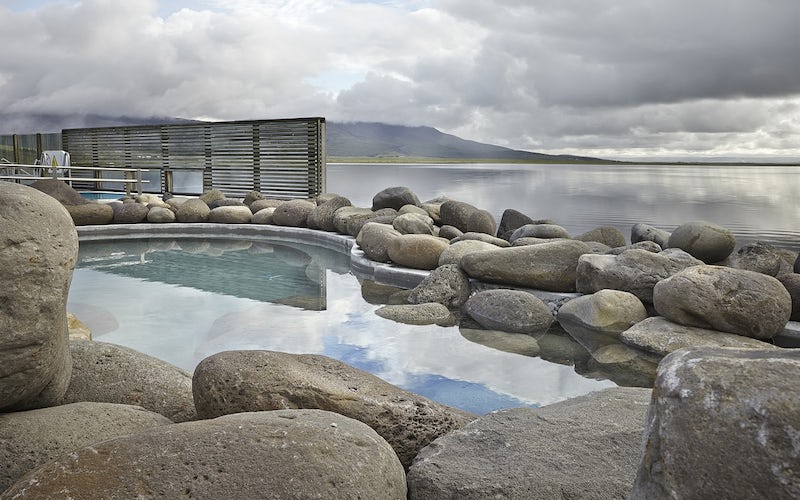 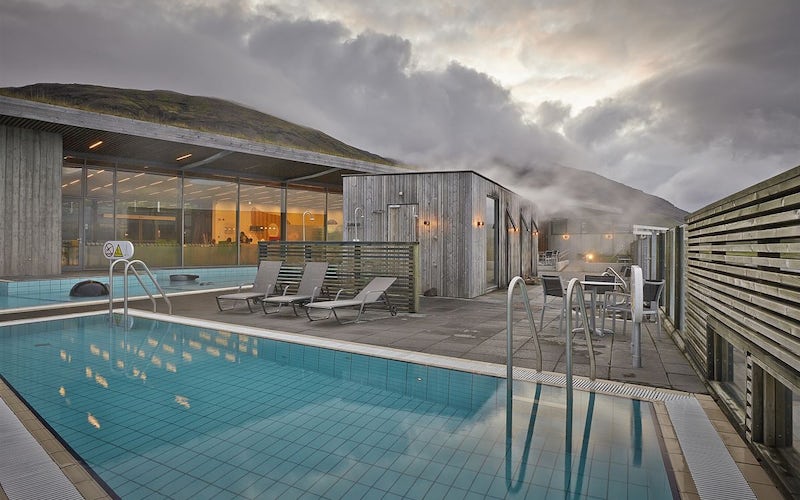 Like most of the spas featured in this article, Laugarvatn Fontana consists of hot tubs and steam rooms. It was constructed at a hot spot by the Lake Laugarvatn where natural steam baths had been in place for decades. The geothermal energy at Laugarvatn has in fact been utilised for many different purposes throughout the years, for instance to bake rye bread. If you find that intriguing, check out this video of “hot spring” rye bread in the making.

What I like best about Laugarvatn Fontana is its location by the lake. There is a pier that takes you directly from the spa to the lake, which is great if you fancy a swim in the lake on a warm summer’s day. 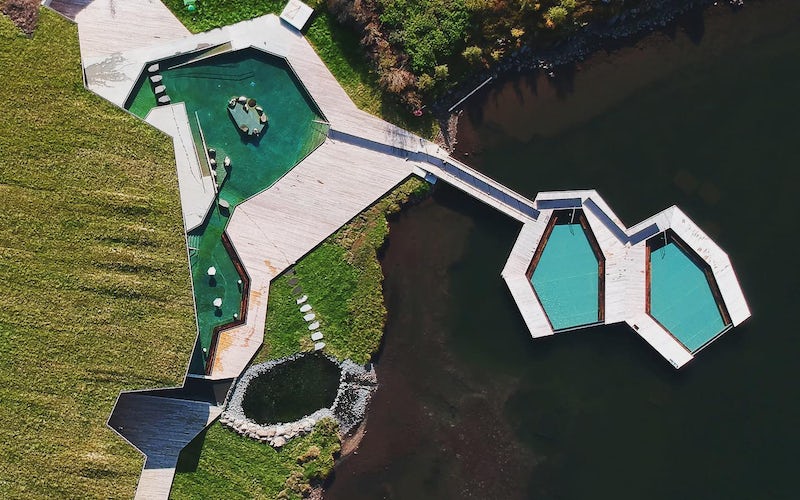 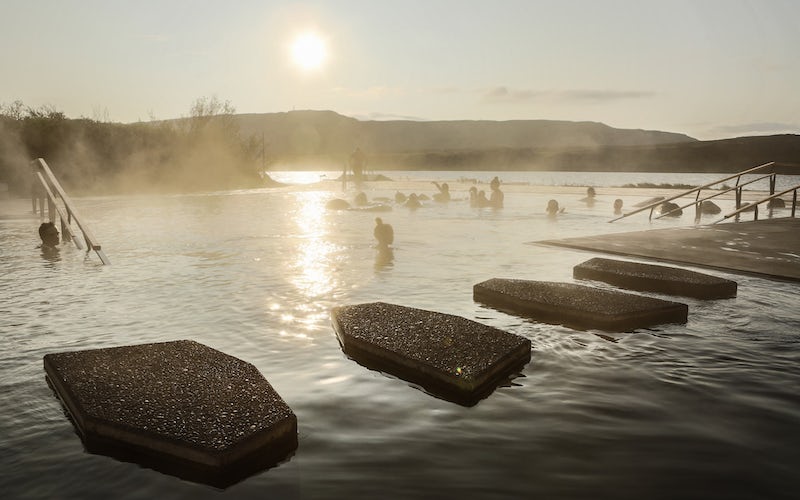 Since its opening in 2019, the Vök Baths have been one of the top attractions in the eastern region of Iceland. What makes the Vök Baths totally unique is without a doubt the “floating” pools pictured above that sit on top of Lake Urriðavatn. The water used for the baths is locally sourced geothermal water. 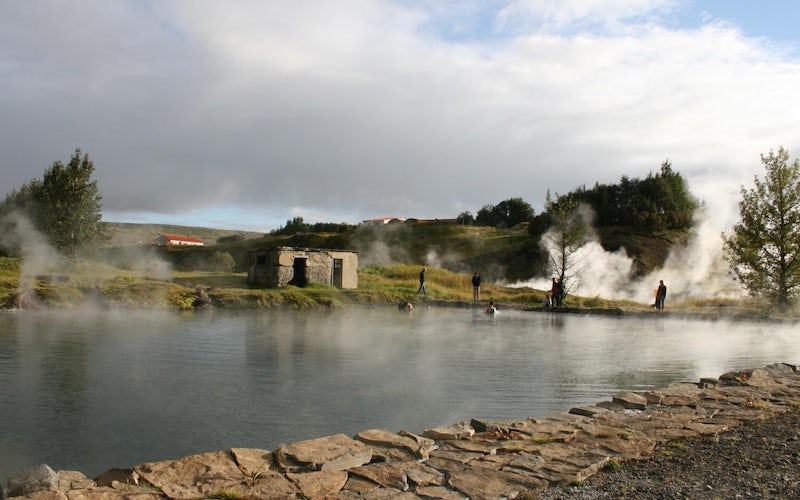 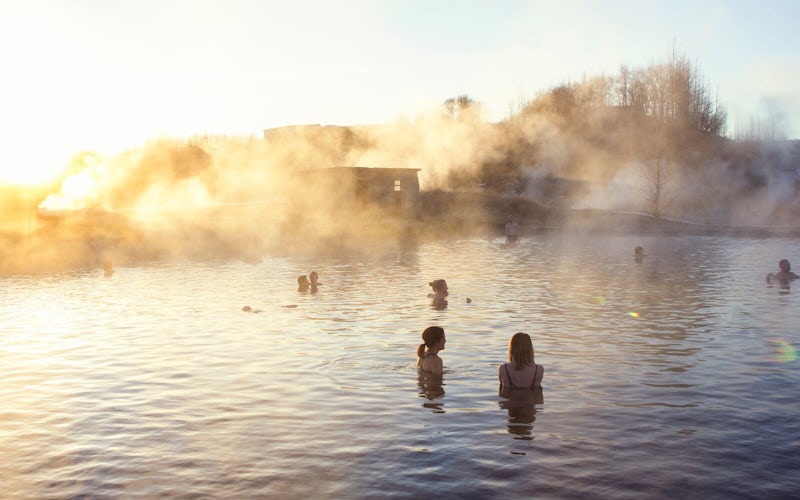 Secret Lagoon is a bit more rustic than other geothermal spas featured in this article. The pool was originally constructed in 1891, but it went through a total makeover in 2014, when proper facilities were built. The geothermal water derives from hot springs in the area.

I highly recommend Secret Lagoon if you're looking for authenticity rather than luxury. The admission is also relatively cheap for a geothermal spa (it's around 20 Euros per person). It should also be noted that the Secret Lagoon is on the Golden Circle route, which is one of the most popular day trips from Reykjavik.

Reykjavik on a Budget
Wonderguide