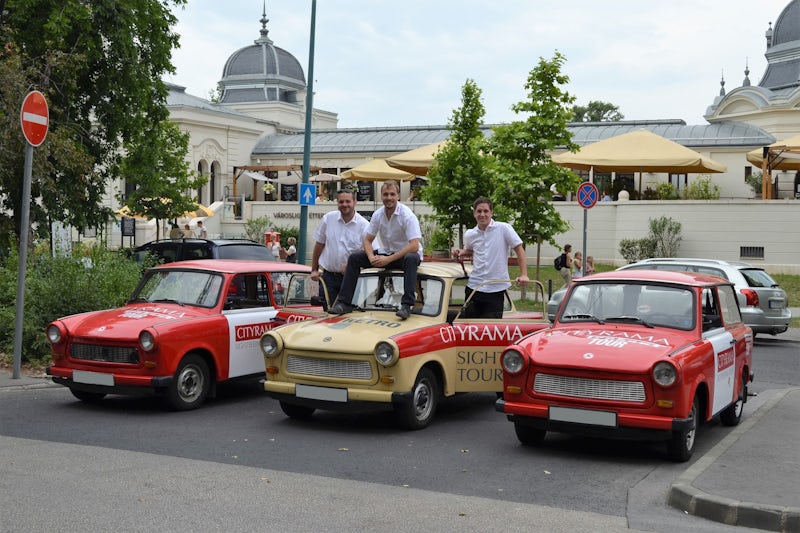 Have you heard about the Trabant Car, but never tried? Take a deep breath and travel back in time. Enjoy the comfort of a Trabant and feel how Hungarians travelled a few decades ago. Book your Trabant Tour and have fun with us.

Trabant car is the one and only true tangible legacy of the Communist era. Either you can do an "ordinary" city tour to see the top attractions of Budapest or you have the opportunity to see the "communist face" of Budapest. Come and see the giant statues at Memento Park and learn more about Hungarian life during the previous political system. Doing a Trabant Tour is a unique way to see the sights. Book your private Trabant tour now and do not forget to bring your valid driving licence with you. After a short training we let you to drive the Trabant car.

Some facts about the Trabant cars

During this long production run 2.818.547 Trabant 601s were produced overall and it was the most common vehicle in former East Germany.

The body of the car is made of duroplast (recycled material, cotton waste and phenol resins)