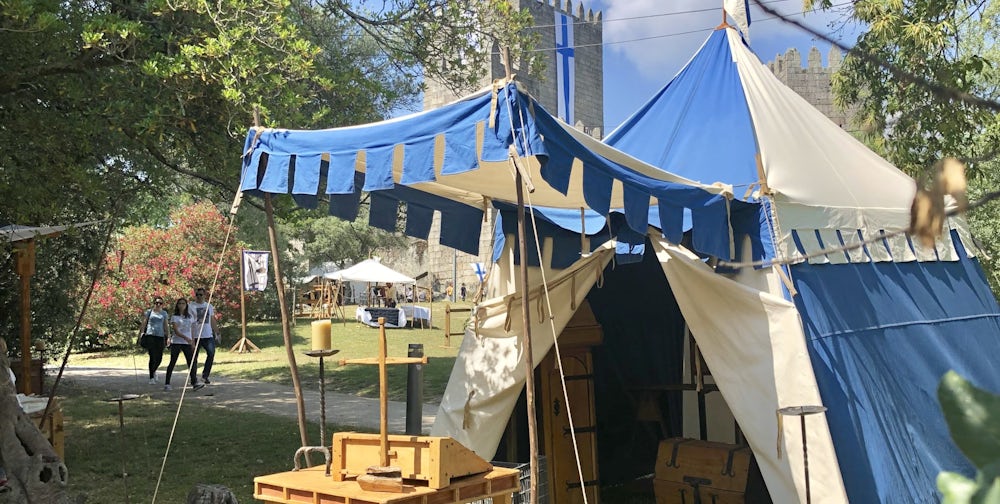 Welcome to Guimarães - For my special guests of Casa Titos Founded in the fifth century, the city of Guimarães played a crucial role in the development of Portugal as a country. www.casatitos.weebly.com 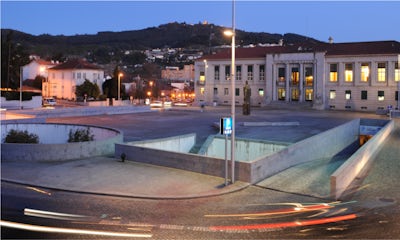 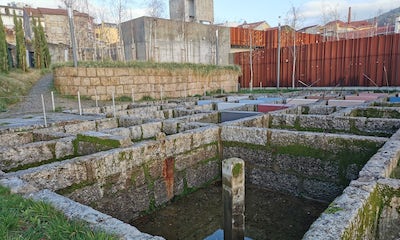 Gift from Helder. Get a discount off all experiences!

Here you can find the most interesting places to visit in the city of Guimarães. 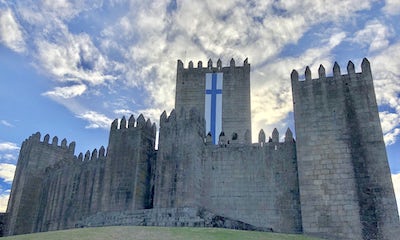 Place
Guimarães Castle
Helder:In a dominant position, overlooking the Campo de São Mamede, this monument is linked to the founding of Condado Portucalense and the independence struggles of Portugal, being popularly designated as the cradle of nationality. Classified as a National Monument, in 2007 it was informally elected as one of the Seven Wonders of Portugal. (2€/person). ⚠️ important you can buy this tickets together - Paço dos Duques + Castelo de Guimarães + Museu de Alberto Sampaio for 8,00€
more 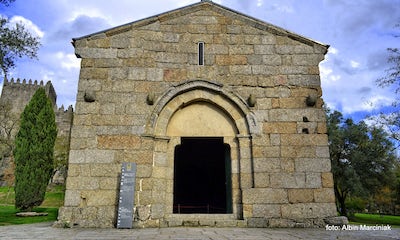 Place
Church of São Miguel do Castelo
Helder:Construction of the early 12th century, probably by Count D. Henrique, of Romanesque style, small and of great architectural simplicity. It has a great symbolism for its historical connection to the period of the founding of nationality and the tradition of having been baptized there D. Afonso Henriques. Inside the floor is paved with graves that are attributed to noble warriors linked to the foundation of nationality. It is classified as a National Monument. (free)
more 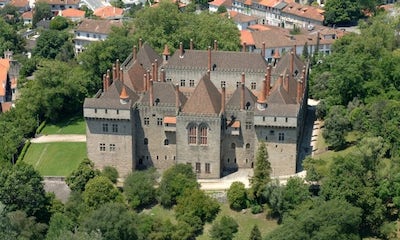 Place
Palace of the Dukes of Braganza
Helder:The Palace of the Dukes of Bragança (typically known only as the Palace of the Dukes) was built in the 15th century by D. Afonso, (illegitimate son of King D. João I and D. Inês Pires Esteves), 1st Duke of the House of Bragança and 8th Count of Barcelos, at the time of his second marriage to D. Constança de Noronha (daughter of D. Afonso, Count de Gijón and Noronha and D. Isabel). It was erected in the fifteenth century on the initiative of Alfonso I of Bragança. The Burgundian style of this palace reflects its tastes acquired during travels throughout Europe, although its current appearance was recreated in a controversial manner during the Estado Novo. (5€/person)
more 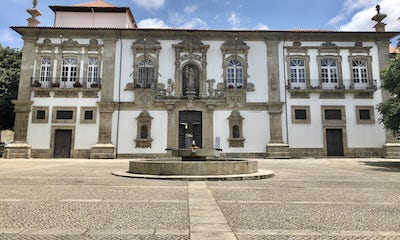 Place
Câmara Municipal de Guimarães
Helder:The Convent of Santa Clara, where today is located the headquarters of the City Hall of Guimarães, is a work begun in the 16th century, and successively intervened in the following centuries, with important extensions and improvements. The building has a majestic façade, very decorated and divided into three bodies, with in the center the figure of the Patroness, in a niche, over the entrance portal. Part of the building was erected in the 18th century and the chapel enriched with carvings and paintings, but was destroyed in the 19th century… The extinction of religious orders in 1834 led to the abandonment of the Convent… With the collapse of the Collegiate in 1910 there is the officialization of the Lyceum ." “In 1968, the building assumes the functions it maintains today, that is, it now houses the main services of the Guimarães City Council.
more 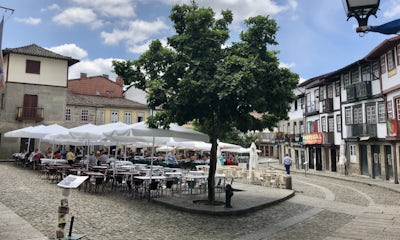 Place
Praça de São Tiago
Helder:According to tradition, an image of the Blessed Virgin Mary was brought to Guimaraes by the apostle St. James, and placed in a pagan temple in a square that became Plaza de Santiago. Very old square, referred to over time in various documents, still retains the medieval outline. It was in their vicinity that the Franks settled in Portugal with Count D. Henrique. There was a small porch chapel from the 19th century. XVII dedicated to Santiago that was demolished at the end of the century. XIX
more 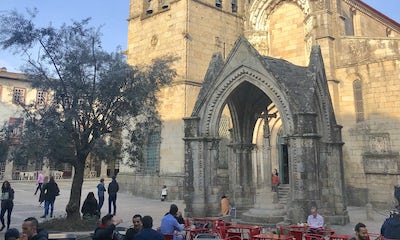 Place
Largo da Oliveira
Helder:Largo da Oliveira owes its name to a secular olive tree planted here. Surrounded by picturesque, typically northern houses, it is the ideal starting point for walking the city streets. But in Largo itself, there are some interesting reasons to see: on the east side, a curious Gothic templete erected in the reign of D. Afonso IV, commemorates the battle of Salado, where Portuguese and Castilians defeated the forces of the Moorish kingdom of Granada in 1339. Behind, the Church of Our Lady of Oliveira (or the Collegiate) is the first Gothic monument erected in Minho, under the auspices of D. João I to fulfill a vote for the victory in the battle of Aljubarrota (1385) against the troops of Chatelaine. The bell tower, detached from the body of the church, is of Manueline character, later later. To the Collegiate of Our Lady of Oliveira belonged notable men like Pedro Hispano, doctor and philosopher who was elected pope by the name of John XXI.
more 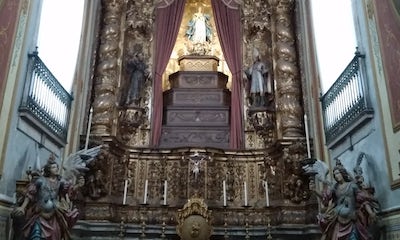 Place
Igreja de Nossa Senhora da Oliveira
Helder:The origins of the Insigne and Royal Collegiate of Our Lady of Oliveira date back to the monastery dedicated to the Savior of the World, the Virgin of Santa Maria and the Holy Apostles, founded by Countess Mumadona Dias, circa 950. The invocation of Our Lady of Oliveira prevails after 1342, with the greenness of an olive tree in the border square. The current building shows the successive remodeling and additions, integrating elements from different eras - the gothic reconstruction driven by D. João I; the tower of the church of Manueline characteristics, completed about 1513-1515; the chancel, of classical architecture, rebuilt in the century. XVII by D. Pedro II; the stuccoes of the major and collateral chapels are references of the neoclassical reform begun in 1830; the last intervention dates from the 19th century. XX and intended to leave in sight the granite walls and columns of medieval origin. The church has been classified as a national monument since 1910.
more 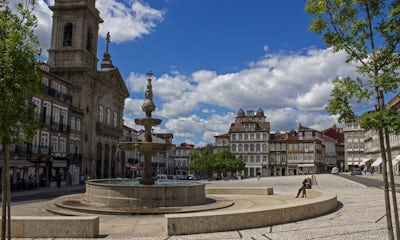 Place
Largo do Toural
Helder:Considered today as the heart of the city, it was in the seventeenth century a large extramural near the main door of the village, where was held the cattle fair and other products. In 1791, the City Hall cleared the land next to the building wall, which was later made according to a plan possibly coming from Lisbon, and thus the beginning of the slow transformation of the Toural. In the second half of the century the Public Garden is built, surrounded by an iron railing, which opened in 1878. For this space is created an urban furniture framed in the new iron architecture: bandstand, urinal, benches and lamps. With the establishment of the Republic, the Public Garden is moved to another location, and the statue of D. Afonso Henriques is placed in the center of Toural. A few years later it goes to the Castle Park and is replaced by a flashy Artistic Fountain. Today, as a result of the intervention carried out in 2011, the three-bowl Renaissance Fountain, originally placed here in 1583.
more 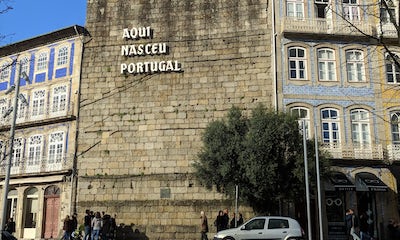 Place
Portugal Was Born Here
Helder:Must take a foto 📷. The city of Guimarães is historically associated with the founding of Portuguese nationality and identity. Guimarães (among other villages) precedes and prepares the foundation of Portugal, being known as "The Cradle of the Portuguese Nation". Here took place in 1128 the main political and military events that would lead to the independence and birth of a new nation. For this reason, it is inscribed in one of the towers of the old city wall "Aqui Portugal was born", a historical and cultural reference for residents and national visitors.
more 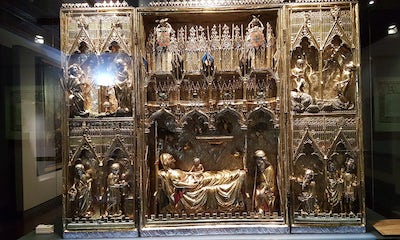 Place
Alberto Sampaio Museum
Helder:The Alberto Sampaio Museum was created in 1928 to house the collections of the extinct Collegiate Church of Nossa Senhora da Oliveira and other churches and convents of the Guimarães region, then owned by the state. It is located in the heart of the historic center, in the exact place where, in the tenth century, Countess Mumadona installed a monastery, around which the Vimaranense settlement was born. The spaces it occupies belonged to the Collegiate Church, and have historical and artistic value: the cloister and the surrounding medieval rooms, the former Priory House and the Cabido House. It presents important collections of sculpture (architectural, large and tumulary), covering the medieval and Renaissance periods and extending to the eighteenth century. The collection of goldsmiths is one of the best in the country: the Romanesque chalice of D. Sancho I, the image of Santa Maria de Guimarães (13th century), the processional crosses, and the magnificent Gothic silver.
more 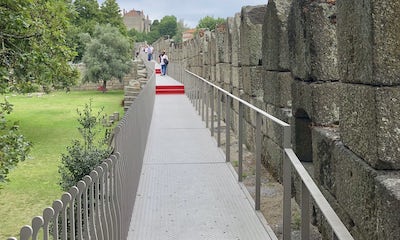 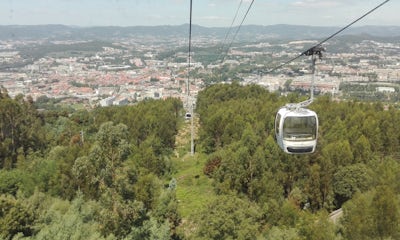 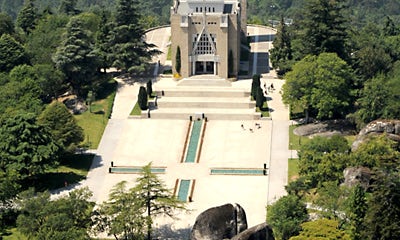 Place
Penha
Helder:Best views of the city 🚡. The mountain of Penha, offers the visitor a wide offer of spaces and services. In addition to the Sanctuary, it has a wide range of infrastructures, including a mountain campsite and a Pension, a Mini Golf course, maintenance circuits, an Equestrian Center, walking and picnicking areas, restaurants, bars and cafeterias. You can also venture out to discover the numerous caves and enjoy the magnificent landscapes that the natural viewpoints provide.
more 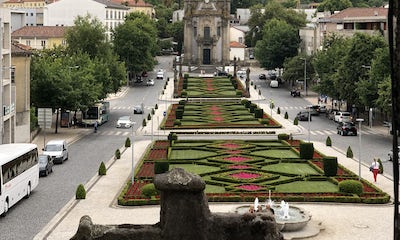 Place
Igreja de Nossa Senhora da Consolação e Santos Passos
Helder:The Church of Santos Passos, also known as Church of Our Lady of Consolation, was built by the Brotherhood of Our Lady of Consolation and Santos Passos to architect Andrés Soares in the early 18th century. The Church, located in Guimarães, was built on the same site where a small chapel had existed since the 16th century. The imposing temple is topped by two towers added in the mid-century. XIX, by an architect from Porto. This period also includes the staircase and the balustrade. The altarpiece of the chancel is of classic inspiration from the end of the century. XVIII, with painting imitating marble.
more 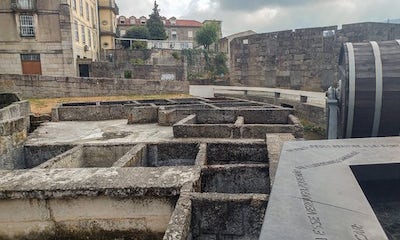 Place
Rua de Couros
Helder:It is along Rua de Couros that lies the heart of Guimarães' tradition of tanning and skimming. Its arteries extend to places surrounding the river which, in its short and winding path, is unusually familiar with different names. Here is the river of Couros and runs in the lower part of this street that connects the city to the small watercourse that runs through it almost invisible. In the Middle Ages, when the arts and crafts were perfected, this street already had the current denomination. In 1315, brothers João and Pedro Baião, shoemakers by profession, founded the Brotherhood of S. Crispim and S. Crispiniano and endowed the institution of a source of income by leaving a puddle with seven stone sinks, located at Rua de Couros.
more

Here you can find the most interesting placas to visit in the city of Guimarães. 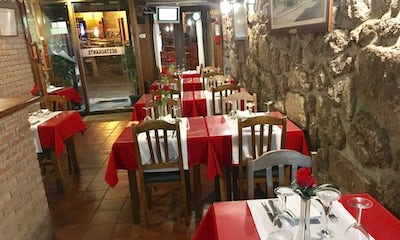 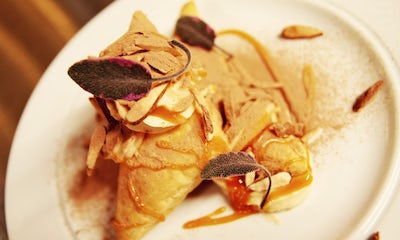 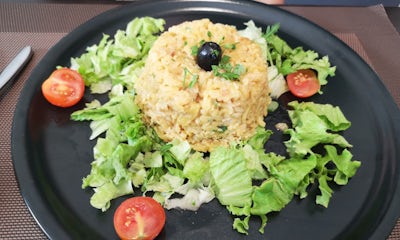 Place
Paraxut Restaurante
Helder:Great restaurant in the heart of Guimarães 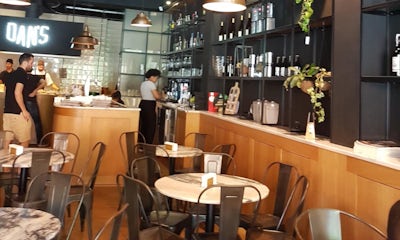 My choice of bars in Guimarães 🥂 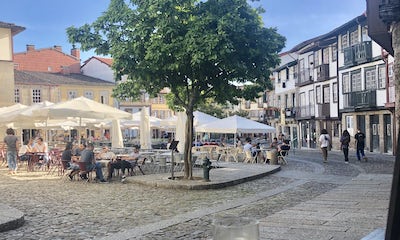 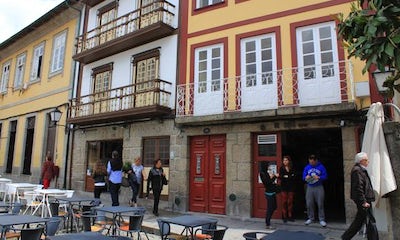 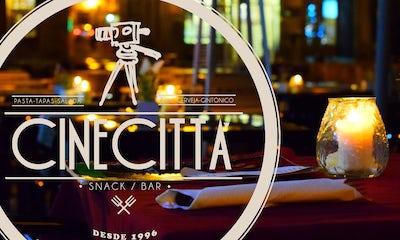 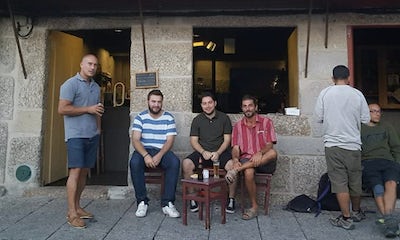 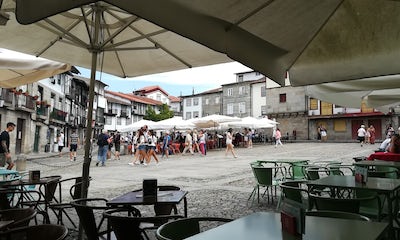 If you want to experience a city tour with a special guide on an exclusive bike, you just have to call Ricardo 👍 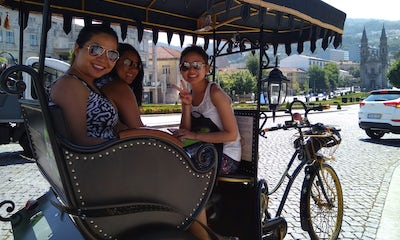