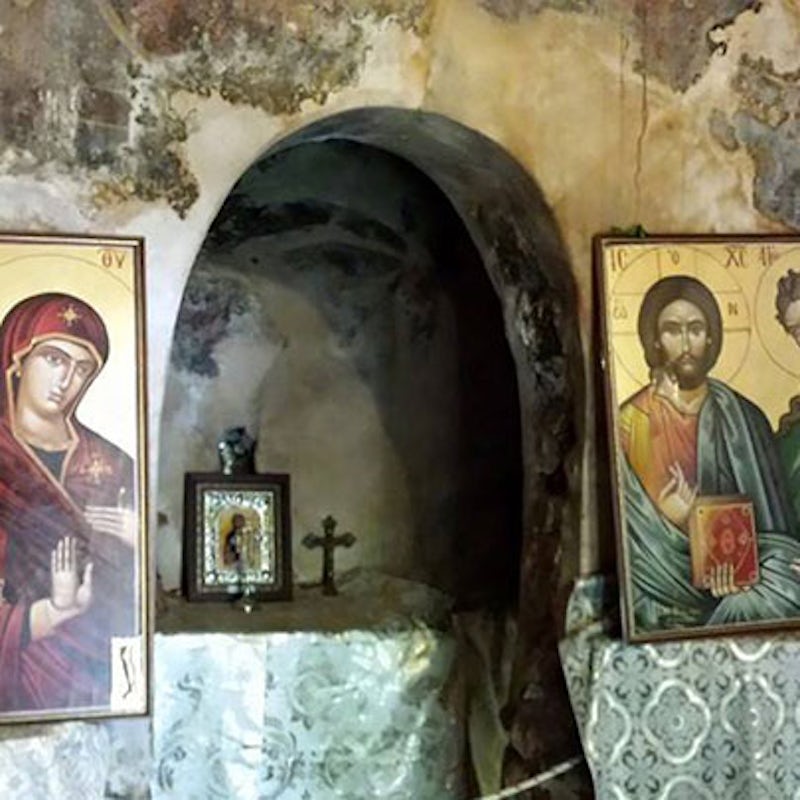 On this tour, we are going to visit the St. Theodora church and see the miracle that the church is famous about.

Agia Theodora of Vasta is a small Byzantine church and has 17 holly and maple trees growing from its roof. It is considered as one of the most beautiful and most unique churches in the world and has been registered in the Guinness Book as “miracle church”.

According to the local legend, Theodora lived in the 10th century in the town of Vasta. When the area was raided by bandits, she disguised herself as a man to join the defense. In the battle that followed she was fatally wounded, and just before her death asked God to change her body into a church, her hair into a forest, and her blood into the water that will feed the trees.

The villagers, moved by her bravery, built a church at her grave. Legend has it that a local river re-routed to pass directly under the church. Eventually, trees grew from the roof of the church. The site has become important for Greek Orthodox pilgrims and sightseeing visitors.

In this tour we are going to visit the St Theodora church and see the miracle that the church is famous about.

This tour includes pick-up from the following locations: