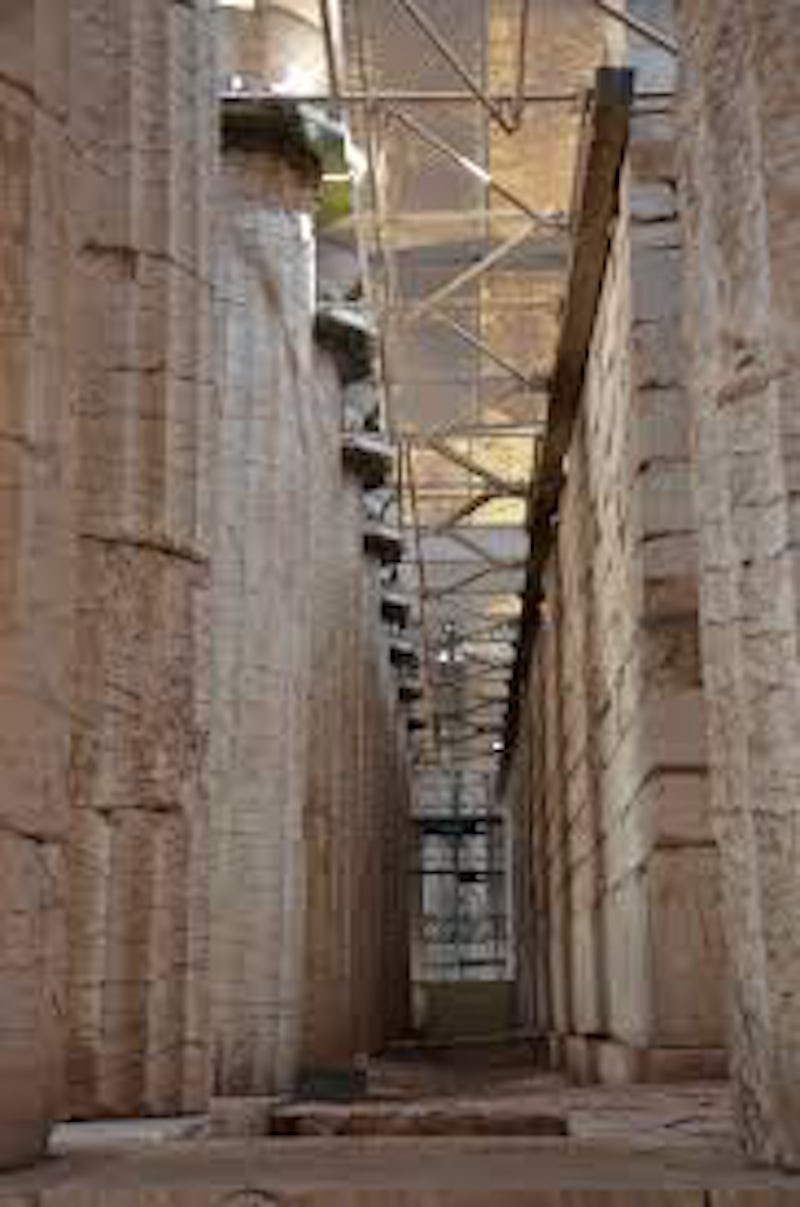 On this tour, you will see the remains of the temple of Apollo Epikourios, a roughly 1,600-year old relic that still stands today.

The temple of Apollo Epikourios was built sometime between 450 and 400 BC, around the time of the constructing of Parthenon in Athens. The ancient writer Pausanius attributed the design to Iktinus, architect of the Parthenon, but so far this has not been independently confirmed.

Ictinus made an extensive study of the surrounding area when he undertook the temple. He preferred to use grey limestone for construction, which is endemic to the site. This choice had the result of making the temple appear as a natural element of its surrounding environment, standing proud and eternal. The proportions of length and width are such that the enormous size of the temple is balanced by the grace it exudes.

The temple is unusual in that it has examples of all three of the classical orders used in ancient Greek architecture: Doric, Ionic, and Corinthian. Doric columns form the peristyle while Ionic columns support the interior and a single Corinthian column features in the center of the interior.

The temple of Apollo Epikourios remained well-preserved over the centuries, thanks primarily to its isolation. it was too far up in the mountains for looting of materials.

The temple of Apollo is presently covered in a white tent in order to protect the ruins from the elements. In this tour you will see the remains of the temple that still stands today.