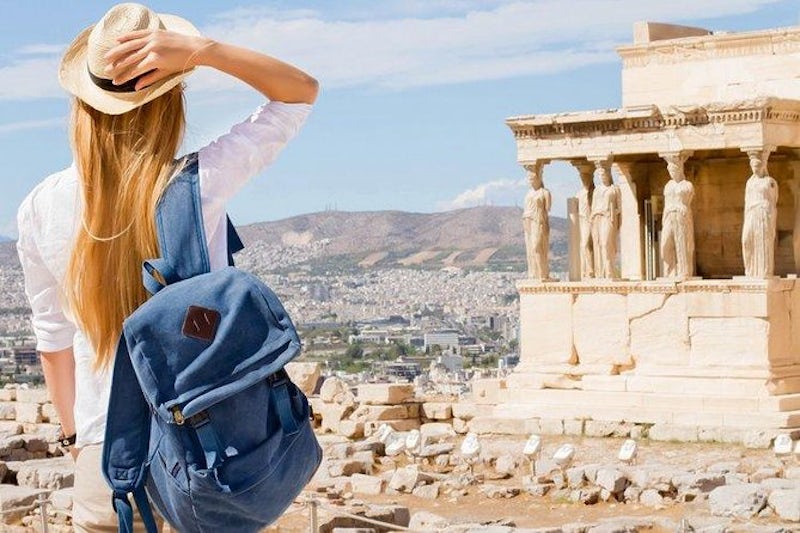 Visit the highlights of mythical Athens, and benefit from the in-depth commentary on the most important monuments of the historical city and the Acropolis on this comprehensive walking tour.

Begin at the House of the Greek Parliament and the Monument to the Unknown Soldier, and watch the changing of the guards.

Your tour then continues towards the National Gardens passing by the Panathenaic Stadium and on to the beautiful neoclassical Zappeion Hall.

Stop at: Temple of Olympian Zeus

Temple of Zeus and Hadrian’s Arch

After we head towards the beautiful pedestrian walk way of Dionyssiou Areopagitou, passing by the Odeon of Herodes Atticus until we reach Areopagus Hill, where we will begin our ascent while taking in the spectacular views of the city below. Your guide will give you a detailed explanation into the glorious monuments of the Acropolis, such as the Parthenon, Erechtheion, Propylaea, Nike Temple and the surrounding monuments (such as the Temple of Hephaestus, Philopappos Hill, the Observatory, Pnyx Hill and the Ancient Agora).

Your tour will end at the New Acropolis Museum, a must see for anybody visiting the city and the best way to complete your city tour of Athens, with its 4000 artifacts on display and excavations visible under stunning glass floors.