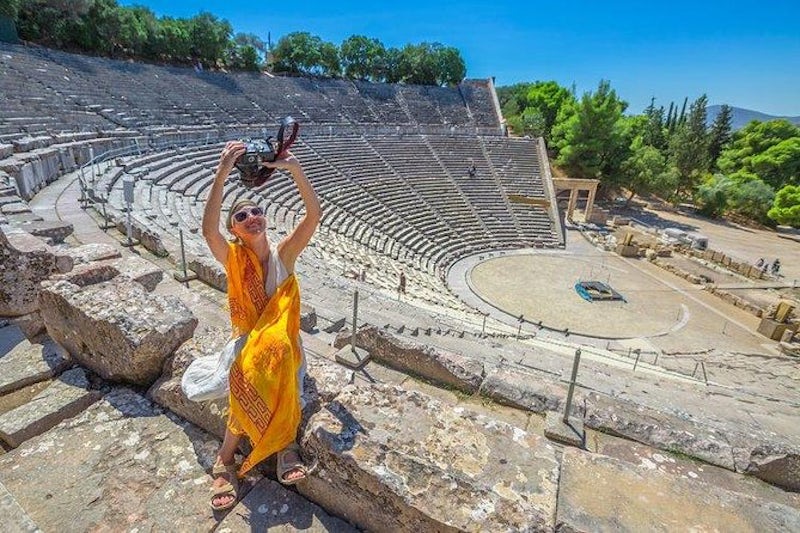 Spend the day in the Argolis region, exploring Mycenae, the city rich in gold, and its archaeological site, where you can marvel at the acoustics of the ancient Epidaurus Theater.

Explore the remains of the ancient city of Mycenae, a major center of Greek civilization from 1600 BC to 1100 BC and a world heritage monument. Depart from our terminal for your one day tour via the coastal national highway for the Corinth Canal.

Drive to Mycenae, and visit the archaeological site, home to the kingdom of mythical Agamemnon. Visit the Palace, the Lionesses Gate and the Tomb of Agamemnon. Before lunch an optional stop at a pottery factory.

After lunch through Argos proceed to Nafplio, the first capital of modern Greece with the Venetian fortress of Palamidi and the fortified islet of Bourtzi.

Continue to Epidaurus, and visit the ancient theater. This UNESCO World Heritage Site is said to be the birthplace of Apollo’s son Asclepios, the healer, and was the most celebrated healing center of the classical world. Epidaurus is probably most famous for its theater, one of the best preserved classical Greek buildings, which is still used today due to its amazing acoustics. You return to Athens in the late afternoon.