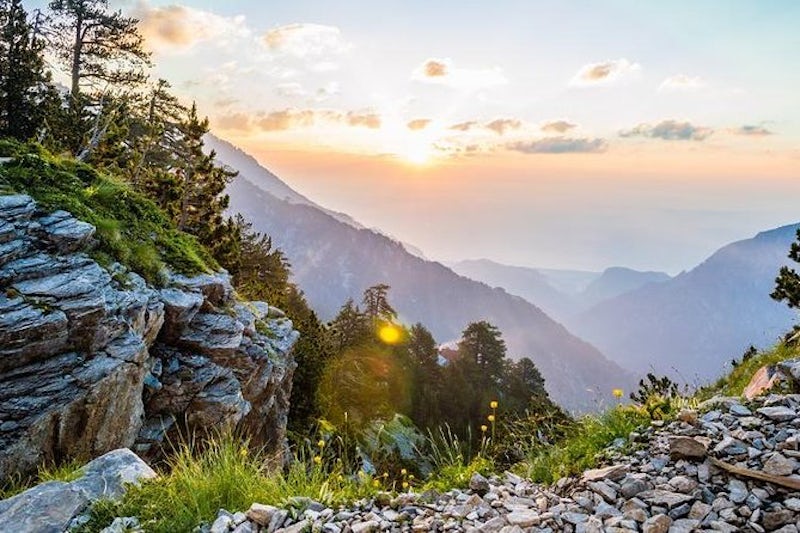 Get the most out of your time in Greece by visiting Dion and Mount Olympus in one day. You’ll enjoy stops at Dion (the religious site of ancient Macedonians), the traditional village of Litochoro, the valley of Enipeas, and you’ll also get great views of Mount Olympus.

Pick up and departure for Dion, the religious center of the ancient Macedonians dedicated to the worship of Olympian Zeus, situated at the footsteps of the famous Mount Olympus, the mythical home of the Greek gods. In Dion, Alexander the Great offered rich sacrifice to the gods before leaving for his legendary expedition to Asia.

Enjoy a guided visit of the archaeological site and the museum. Marvel at the site as well as the amazing vistas of the mountain and the forest surrounding it.

We continue to the traditional village of Litochoro. You will have free time for a tour of this picturesque village and for a walk in the charming valley of Enipeas, on the low slopes of the mountain before returning to Thessaloniki.

What is not included?