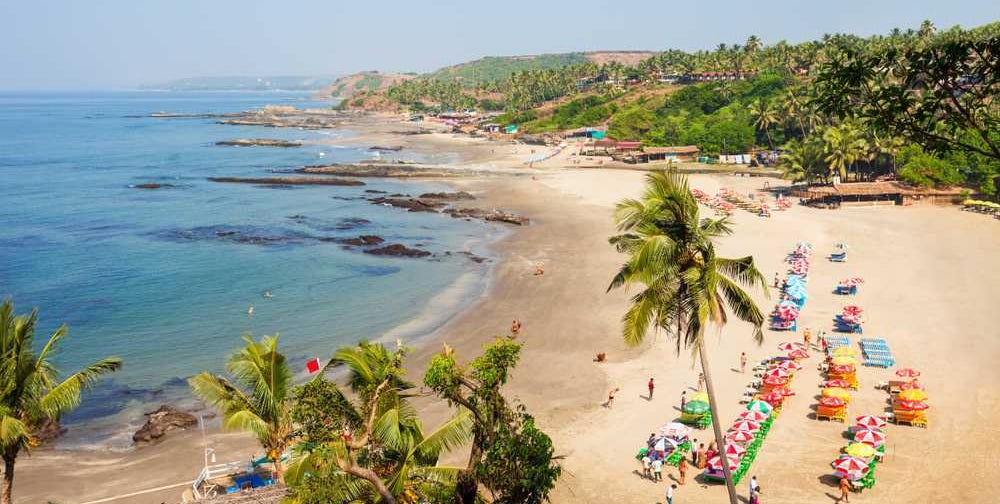 Goa - Off the beaten track

Goa is the smallest state in India, where Indian culture intertwines with Portuguese influences left over from a 500-year occupation. The sun soaked beaches of Goa are an major attraction for Tourist from around the world. 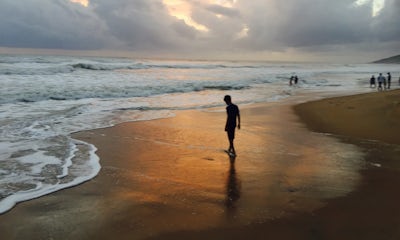 Place
Calangute Beach
Clifford:Well known as the ‘queen of beaches’ Calangute beach is one of the most popular beaches in Goa and also the largest beach in North Goa, it is among the most recommended tourist spots in Goa popular with both domestic and international tourists. It is also one of the busiest commercialized beaches in Goa. During peak seasons this beach is crowded with people from all over the world. The beach offers a long coastline with an amazing view of the sea and the beach front is restaurants,shacks, clubs and shopping outlets. One can also enjoy a plethora of water sports at Calangute beach. It easily tops the list of top places to visit in North Goa.
more 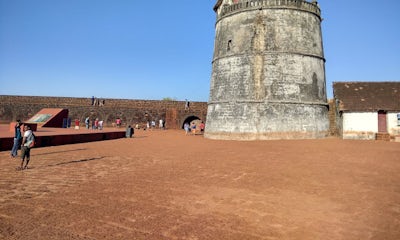 Place
Aguada Fort
Clifford:Fort Aguada located on the Sinquerim Beach in North Goa is a well-preserved 17 century Portuguese fort, built as the chief defence of Portuguese against the Dutch and Marathas, it was the most prized and crucial fort of the Portuguese. The fort is ringed by thick battlements and a deep dry moat. 2 things worth visiting inside the fort are the 13 metre high lighthouse built in 1864 and a vaulted cistern capable of storing ten million litres of fresh water. From here fresh water was supplied to the ships that stopped there. Some buildings of the fort are still in good shape having been converted into a jail and interestingly, it happens to be the largest jail in Goa. Fort Aguada is one of the top sightseeing places in Goa.
more 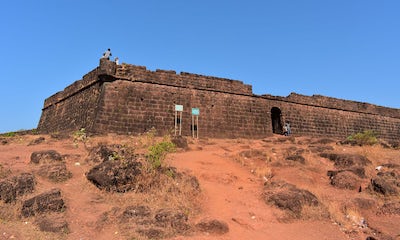 Place
Chapora Fort
Clifford:The Chapora fort stands at the mouth of the Chapora river as an old guard. Today this laterite fort is almost in ruins but does offer some sensational views of the coastline from the top of the fort. That itself is reason enough for any photo enthusiasts.
more 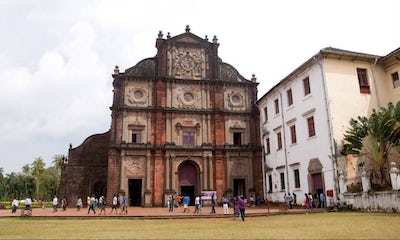 Place
Basilica of Bom Jesus
Clifford:One of the popular churches in Goa is the Basilica of Bom Jesus. The mortal remains of St. Francis Xavier is preserved here in this Basilica and hence revered by many. It is also an UNESCO World Heritage site.Churches in Goa are an important legacy of it being an erstwhile Portuguese colony. Built across centuries, these architectural wonders were more than just a place of worship; they hold a place of historical or cultural significance as well.
more 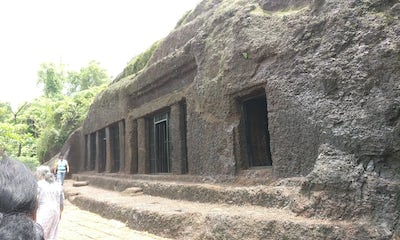 Place
Pandava Caves
Clifford:About 9 kms to the south of Bicholim town in North Goa is located the 6th century Pandava cave complex and Arvalem waterfalls. The cave complex is divided into 5 compartments and the ‘linga’ enshrined in the middle compartment is held in great reverence by devotees here.
more 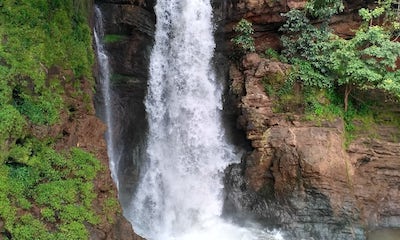 Place
Harvalem Waterfall
Clifford:The Harvalem Waterfall also known as Arvalem falls is a very scenic and beautiful picnic spot. This beautiful waterfall forms a huge lake at the bottom, which is much popular amongst the swimmers. The color of the waterfall becomes muddy brown in monsoon rains and the water flow is quite less in summer. This waterfall is set amidst charming surroundings, with the Rudreshwar temple in its vicinity. The Rock cut caves are just situated nearby. The Arvalem waterfall is one of the most crowded tourist spots in Goa. The Government has developed a park at the waterfall where one can peacefully sit and enjoy the beauty of the waterfall. The best time to visit Arvalem falls is just after the monsoon, the waterfall takes the most majestic look but it is rather deep all the year round. The falls are easily accessible from the nearest road point (around 100m walk).
more 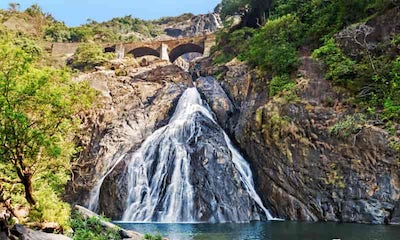 Place
Dudhsagar Falls
Clifford:Literally meaning a sea of milk, Dudhsagar Falls is a 4 tiered waterfall located and the 4th tallest waterfall of India. Located at a distance of 46km from Madgaon, the falls appear spectacular during monsoons after been fed by the rains. There is a railway bridge which passes right in front of the waterfall and passenger train passing through the fall tend to always slow down for passengers to view the fall up close. Unfortunately, there is no viewing platform or site for tourists to take in the full view of the enormous waterfall. Some people do get down at the Dudhsagar station and walk backwards on railway tracks, but that is certainly not recommended.
more 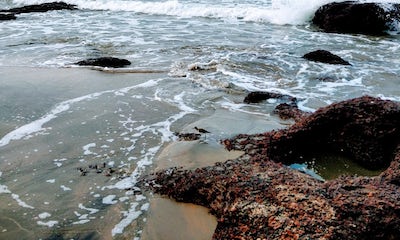 Place
Ashvem Beach
Clifford:Not everybody loves crowded beaches. For those looking for some serenity in Goa, Ashwem beach is kind of an oasis. Located in North Goa, around 27 miles from Anjuna beach, this beach is quite opposite to what the popular North Goa beaches like Baga or Calungute are. It is quiet, clean, less crowded and peaceful. White sandy beach with a smattering of restaurants and hotels scattered around the beach area.
more 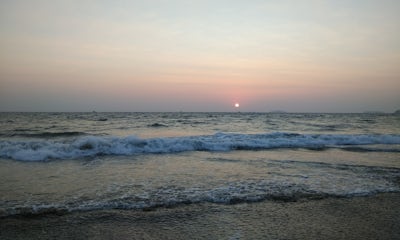 Place
Arossim Beach
Clifford:Arossim Beach is another such South Goa travel destination or rather beach. Located at a distance of 12 kms from Margao, this beach also is a peaceful paradise with dazzling white sands and swaying palm trees. This beach is also famous for 2 very popular beach shacks; The Star Fish” shack and “The Venus” beach shack. Excellent food (both Indian and international) and awesome views are 2 primary reasons why these 2 places are hugely popular. Looking to watch the sun go down with a chilled beer? Look no further.
more 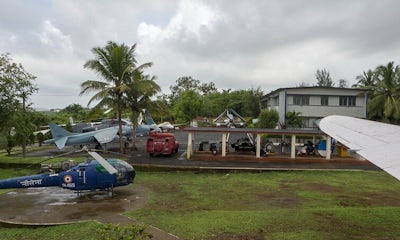 Place
Indian Naval Aviation Museum
Clifford:Unknown to many, the Naval Aviation Museum is the only one of its kind in the whole of Asia and the only Naval Aviation Museum in India. It has an outdoor and an indoor section and exhibits range from 7 different type of aircrafts, rockets, bombs, armaments, protective gears, parachutes, pilot’s outfits etc. Definitely a must visit on your next Goa tour, especially for those keen on life about the defence forces.
more 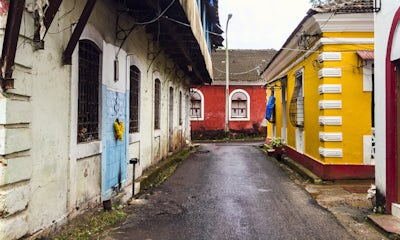 Place
Fontainhas
Clifford:Fontainhas (or Bairro das Fontainhas, in Portuguese) is an old Latin Quarter in Panjim, capital city of the state of Goa, India. It maintains its Portuguese influence, particularly through its architecture, which includes narrow and picturesque winding streets like those found in many European cities, old villas and buildings with projecting balconies painted in the traditional tones of pale yellow, green, or blue, and roofs made of red coloured tiles. The narrow winding street flanked by brightly coloured houses with projecting balconies and red tiled roofs makes for a very picturesque sight. Even the beautiful number plates of the houses are like works of art. It gives a very Mediterranean look and feel to the entire place. Located at the foothills, with the Altinho hills on the west and the Ourem creek on the East, it derived its name from ‘Fonte Phoenix’ (Fountain of Phoeni)’, which was essentially a water reservoir constructed during the Portuguese rule. The Fountain of Phoenix can still be seen on the way to the Maruti Temple in the Mala area. You can also opt for a Heritage walk in Fontainhas to know more about the architectural marvels of the place.
more 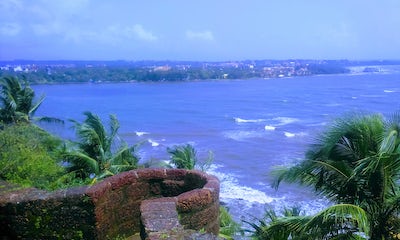 Place
Reis Magos Fort
Clifford:The Reis Magos Fort is the oldest fort in Goa and has been recently restored to its former glory. It was initially used as the viceroy’s residence and later converted to a fortress. It also served as a prison until recently. Surrounded by sturdy and distinctive reddish laterite walls and studded with typically Portuguese watchtowers or turrets at strategic points. The fort offers some remarkable views of the surrounding countryside and overlooks the Reis Magos Church which lies only a short distance away.
more 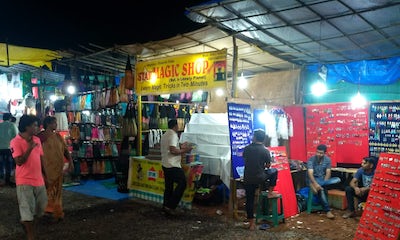 Place
saturday Night Market Arpora
Clifford:Goa’s flea markets are also an integral part of tourist experiences in this beach city. Originally started off by hippies as a means of earning money by bartering or selling their stuff, today it is very much a part of any tourist’s Goan itinerary. Arpora night market is held every Saturday from 6pm until late night. This market is a more welcome alternative to the Anjuna market held during sweltering hot afternoons. Also, you can find food stalls offering an inexhaustible range of delectable fare and a centre stage which hosts live concerts.
more 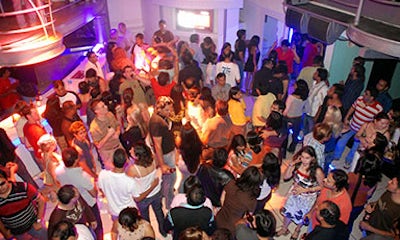 Place
Club Tito's Goa
Clifford:Goa has always being popular for its nightlife, and Tito’s is one of the best nightclubs in Goa. It is also one of the first discotheques of Goa. Located off the main road, towards Baga beach, Tito’s consists of 2 levels; dance floor on level 1 and level 2 is from where you can sit and watch over the action below. Saturday nights at Tito’s is all about pulsating dance floor, electrifying music, and throbbing lights. The food at Tito’s is also quite lip smacking.
more 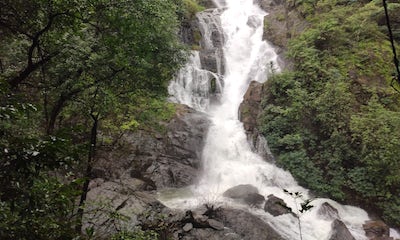 Place
Mollem
Clifford:The Mollem National Park, located in the Western Ghats along Goa’s eastern border with Karnataka. Spread over 240 sq km, the national park is home to several species of wild cats, a wide variety of birds, several species of snakes and even a wide range of butterflies. Besides wildlife, the park is also home to “the Dhangar”; a community of nomadic buffalo herders. It is also known for some awesome trekking trails and the 12th century Tambdi Surla Mahadev temple dating back to the Kadamba Dynasty.
more

Gift from Clifford. Get a discount off all experiences!