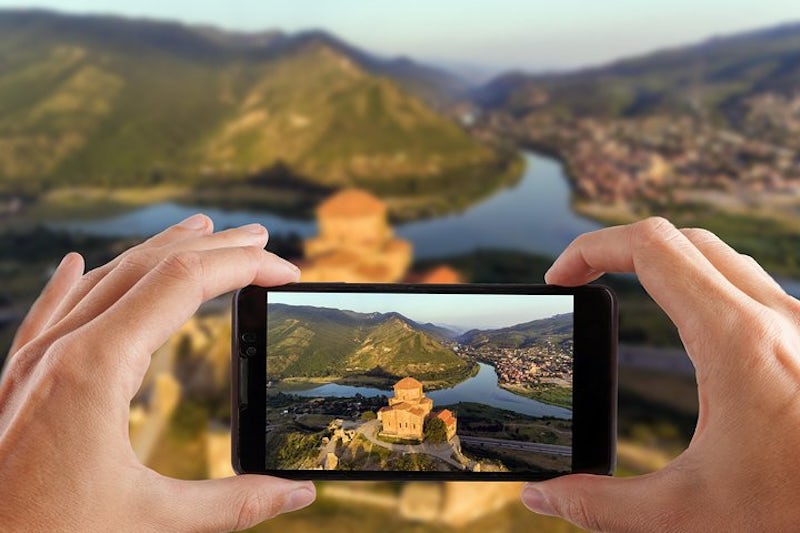 Departure point: We pick you up from your hotel.

Kartli region is well known by a diverse range of cultural sites including several historical, cultural and landscapes. Since as early as first half
of the III millennium BC the region date from classical to medieval period including and have been altered a number of times. The region was standing over the crossroads of cultures. The significance of this arterial road was connecting east and west. Magical rituals were performed here yet in 18th century. Dubois De Montperreux duly mentioned: “here lived people who appreciated art and were knowledgeable about it.” Possessing Kartli meant possessing heart of Caucasia. Region had witnessed great many invasions. In the fourth century BC, when Georgia was invaded by the Macedonian Army the enemy “found intensely fortified cities in the middle of “Kartli” where happened to live “selfless warriors” From 8th century it turned into a bastion of fighting against the Arabs. Here was started Georgia’s unification in the 10th century. Despite the rich history of this region, visitors are left in the dark on what exactly happened here: information is scarce and much of what you see is left up to the imagination. Large spaces are often referred to as a ‘big room’,which is both hilarious and a pity for lovers of culture and history. Besides the Religion and cultural values Kartli is famous because of Joseph Stalin who was born and grown in Gori.

09:00 Congratulations, Your Experience Has Just Started

Uplistsikhe (literally “Lord’s Fortress“) is an abandoned rock-hewn town which once have played an important role in Georgian history and was the home of gods and their earthly embodiment – priests, chiefs and kings. Where every layer of the ground keeps a memory of epochs. The place was founded in the late Bronze Age around 1000 BC and continued to be inhabited until the 13th century AD. Between the 6th century BC and the 11st century AD Uplistsikhe was one of the most important political and religious centers of pagan Kartli – one of the predecessors of the Georgian state. Sovereign priests performed pagan rituals here and offered sacrifices to glorified female divinity, lighted holly fire and the holy flag was rested here. Walking along ancient stone walkways and stairwells makes you feel like you are walking in a city like Jerusalem before Jesus was ever born.

14:45 Arrive To Stalin Museum Or Free Time In Gori (Optional)

Gori is the hometown of Joseph Stalin. So you have the opportunity to have a trip to Museum which is dedicated to the life of Joseph Stalin, the leader of the Soviet Union. The tour is escorted by a local guide working for the museum.

In Case Of Free Time In Gori (Optional)

Discover The City Gori which has been populated since the early Bronze age. According to medieval Georgian chronicles, the town of Gori was founded by King David IV. The fortress of Gori (Goris Tsikhe) appears to have been in use already in the 7th century and archaeological evidence indicates the existence of an urban community in Classical Antiquity. In the 2008 Russo-Georgian war, the town came under aerial attack by the Russian air force from the outset of the conflict. Military targets and residential districts of Gori were hit by the airstrikes, resulting in civilian injuries and deaths.

To get the best view, we drove up to Jvari Monastery. Sweeping views of the Caucasus Mountains, confluence of Mtkvari and Aragvi rivers and the old town dotted by the Svetitskhoveli Cathedral will take your breath away. The name of this monastery translated as the "Monastery of the Cross" - for the Georgian monastery in Jerusalem with the same name Monastery of the Cross. Jvari Monastery is Georgian Orthodox monastery built in 6th century and along with other historic structures of Mtskheta it is listed as a world heritage site by UNESCO.

17:25 Arrive To Svetitskhoveli In Mtskheta

Mtskheta One of the oldest cities of Georgia founded by the ancient Meschian tribes in the 5th century . Due to its historical significance and several cultural monuments, is recognized by UNESCO as a World Heritage site. It was capital of the early Georgian Kingdom of Iberia from the 3rd century BC to the 5th century AD. However, Mtskheta continued to serve as the coronation and burial place for most kings of Georgia until the end of the kingdom in the 19th century.

The Svetitskhoveli Cathedral (literally the Cathedral of the Living Pillar) It is currently the second largest church building in Georgia, after the Holy Trinity Church. One interesting fact about this place is that Georgians claim that the robe that Jesus wore during crucifixion was buried underneath the Cathedral. It is believed that the robe was brought to Mtskheta from Jerusalem. Svetitskhoveli has been one of the principal Georgian Orthodox churches and is among the most venerated places of worship in the region.Svetitskhoveli was not only the site of the coronation of the Georgian kings but also served as their burial place.

- Pick up from your hotel (located in Tbilisi)

- Transportation by sharing minibus or bus

- Hat in the summer & warm clothes in the winter.