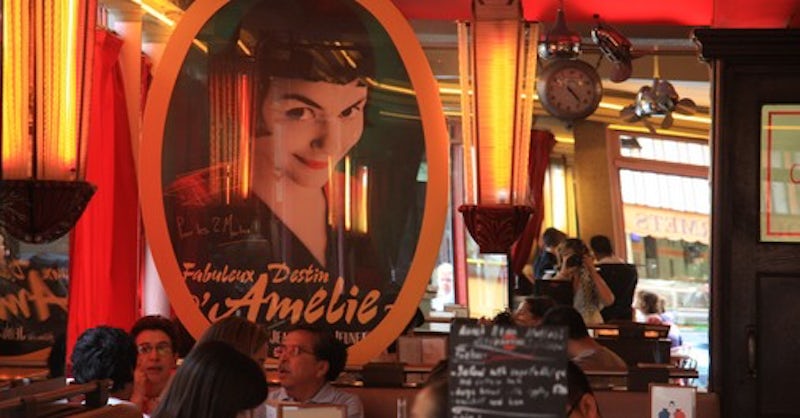 Stars, Cinema And Glamour In Paris

Come and join us on a guided film exploration of Montmartre, a favorite area of filmmakers and actors, many of whom reside locally. Discover several set locations for popular films, while sipping a free coffee or glass of wine.

On average, Paris is featured as the backdrop in about 900 film shoots (movies, TV shows, documentaries and ads) annually, making it one of the most popular choices for film directors worldwide.

Discover the bar where the film Amélie (starring French actress Audrey Tautou) was shot. See the Moulin Rouge, the famous cabaret that inspired the eponymous 2001 film starring Nicole Kidman. Our guide will share with you exactly what has inspired filmmakers to try and capture the magic of Paris, since the dawn of moving film. You’ll learn about the secrets of shooting a movie in Paris and discover some surprises. This is an original Paris tour for film buffs of all types. A complementary drink is included in the price.