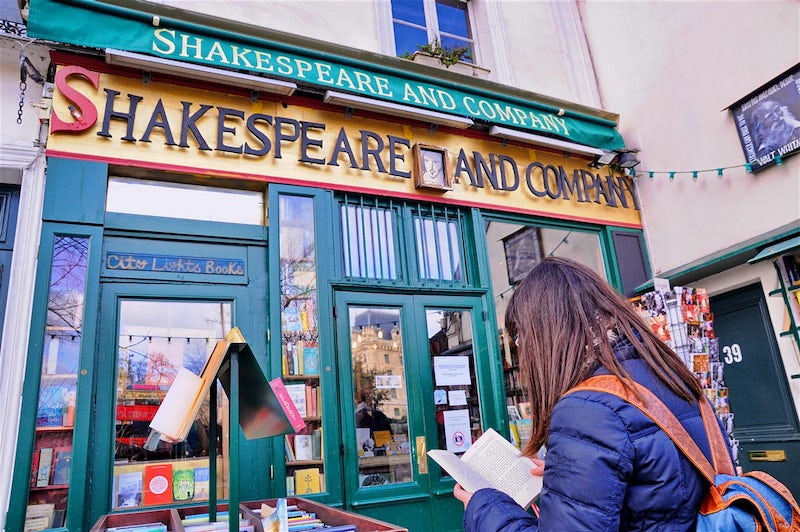 From American Ernest Hemingway to Irishman James Joyce, from the neighborhoods of Montparnasse to Saint-Germain, follow in the footsteps of literary giants as you discover their favorite Paris haunts!

Start in the world’s most visited cemetery, a one-stop shop for venerating many literary figures including French playwright Molière – who made his name directing at the Théâtre du Palais Royal (forerunner to the Comédie Française), poets Jean de la Fontaine and Apollinaire, and writers Balzac, Proust, Gertrude Stein and Colette (who lived at Palais Royal next to the still fabulous restaurant Le Grand Véfour). Irish playwright Oscar Wilde (1854–1900) rests beneath a sculpted tomb, covered with a glass barrier to stop impassioned fans planting red lipstick kisses on the stone.

From Père Lachaise it's an invigorating 2km walk or quick metro ride (line 3 to République then line 8 to Chemin Vert) to reach place des Vosges. Between 1832 and 1848 novelist Victor Hugo lived in a 3rd-floor apartment in its northeastern corner, now the Maison de Victor Hugo. After this, cross the river to Île de Cité to ogle at gargoyles and other bestial sculptures on the cathedral rooftop. Flop afterwards on a bench with a flying-buttress view on Square Jean XXIII.

Next, you'll walk across Pont au Double to the Left Bank and lose yourself in books at Shakespeare & Company. The present incarnation of Paris’ most mythical bookshop was opened in 1951 by American-born George Whitman (buried at Père Lachaise).

lastly you'll walk southeast along rue Mazarine and rue de l’Ancienne Comédie, past Paris’ oldest café Le Procope (1686), which Molière and Balzac frequented, to Carrefour de l’Odéon. Beyond, on rue de l’Odéon, where you can browse an eclectic mix of bookshops.