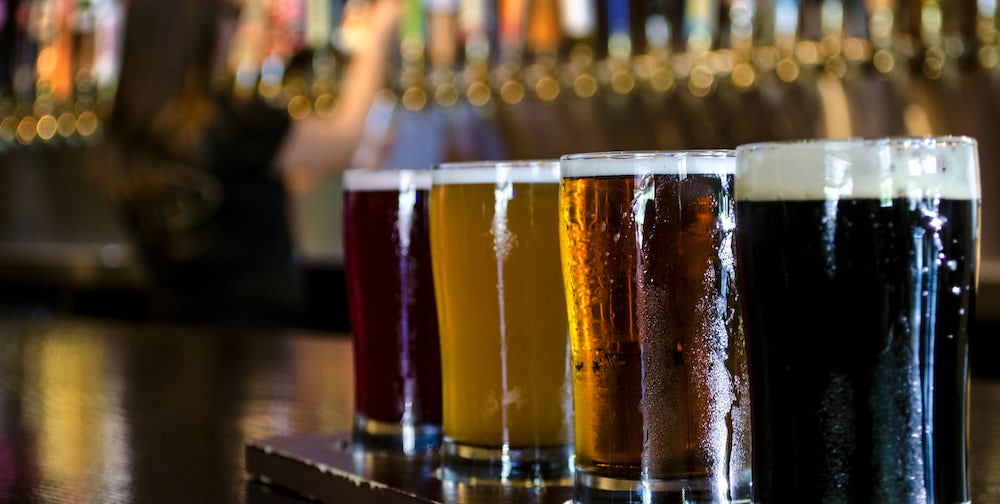 It may even be your first time in Helsinki and you feel like having some drinks in a nice place somewhere, but you don’t know where to go. If you're a fan of beer, look no further because here's a list of Helsinki taprooms that you'll love.

We compiled a quick list for you to find yourself a decent tap house to quench your thirst. There are a lot of cool taprooms in Helsinki besides these, but probably not as cool as these nearby the City Centre.

A really well-equipped taproom of Sori Brewing; a brewery located in Tallinn, Estonia run by a couple of Finnish guys. They established their brewery in Estonia rather than in Finland because of Finland’s strict alcohol legislation and bureaucracy. That’s also why the name is what it is.

This taproom offers 24 taps of Sori’s own beers (which are all totally awesome) and some wine as well. They have a good selection of bottled beers as well.

If you get hungry you should try some American-style food from their own kitchen, like burgers and smoky meats and options for vegetarians as well. Quite close to a perfect place for satisfying all of your needs for food and drink, eh?

Located in Kamppi Centre – a large complex of various shops and restaurants – there is this jewel. For many beer enthusiasts in Finland it has been a regular spot to visit since its opening in 2006.

From their 20 taps you’ll find a various selection of beers, surely something to your liking. They in fact have a small brewery within the restaurant, so it’s quite possible that you get to taste their own products too!

And like most of the bars throughout Finland they too have a tap for Lonkero, should you get tired of beer at some point. It’s a Finnish specialty made out of Gin and Grapefruit soda. It’s surprisingly good, try it!

This place has its expertise especially in American beers. You can find over 60 different American brews as well as a carefully selected variety of American-style Finnish craft beers.

This bar is a namesake of Tommyknocker Brewery located in Idaho Springs, Colorado from which many of their beers come from. Here you can have an authentic craft beer experience in its essence, as some of the beers are even bottled by hand.

They serve their beers in sizes of 0,1L, 0,2L and 0,4L. Taste your way through their selection and pick your favorite!

If you happen to crave for a classic British-style pub experience, this is definitely the place to be. Since Angleterre was established in 1976, it has been a sanctuary for British beers. They always have at least one pump of Real Ale too.

From their 20 taps and several different bottled beers you can definitely find something interesting to drink. You can also throw some darts. while you wet your whistle with the most delightful classics one can only imagine.

This bar has the largest selection of Finnish craft beers in Helsinki. Located a bit more further north from the core centrum, this bar has a relaxed atmosphere to enjoy a perfect brew. You can have your beer in a 0,2L, 0,33L or 0,4L glass.

About 100 different craft beers in their selection from everywhere in Finland makes this a treasure island for beer lovers. Surprise yourself and taste something that you’ve never-ever seen before. Sports on the TV is a plus too.

5 Saunas You Must Visit in Helsinki
Story

Top Nature Trips in and around Helsinki
Story