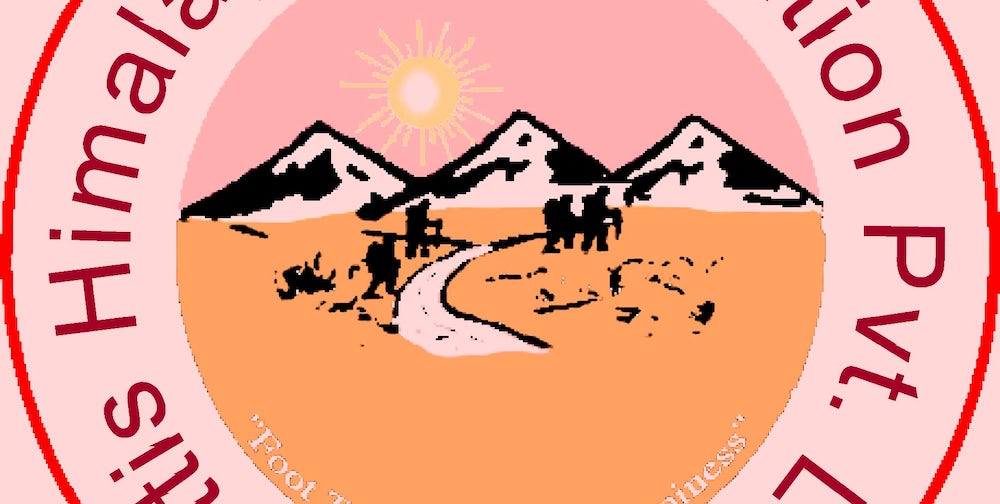 Nepal is the ultimate destination for mountain lovers. The Nepali Himalayas is the roof of the World, home to Mount Everest — the highest peak on earth. Travelers who venture to this country soon discover that many more sights and experiences in this country, worth the long journey

Trekking all around nepal 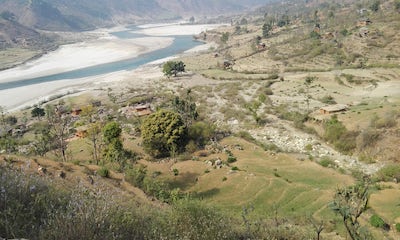 Gift from Kamal Singh. Get a discount off all experiences! 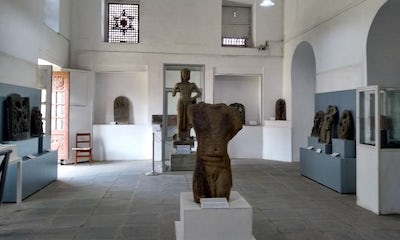 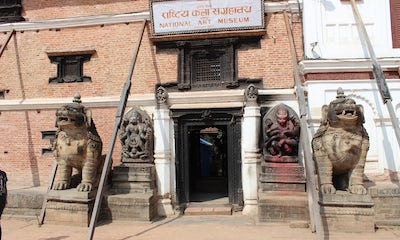 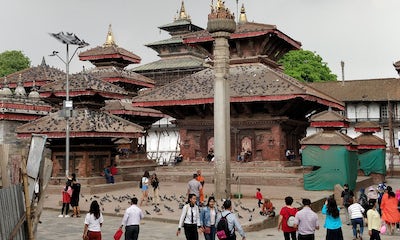 Place
Kathmandu Durbar Square
Kamal Singh:Not really a museum but a beautiful and truly a historic landmark in Nepal 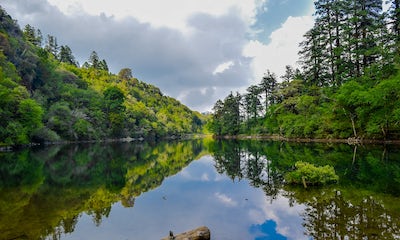 Place
Khaptad Lake
Kamal Singh:Khaptad National Park And Bardiya National Park Location Nepal Coordinates 29°16′12″N 80°59′24″ECoordinates: 29°16′12″N 80°59′24″E Area 225 km2 (87 sq mi) Established 1984 Governing body Department of National Parks and Wildlife Conservation, The Khaptad National Park is a protected area in the Far-Western Region, Nepal that was established in 1984. Stretching over the four districts of Bajhang, Bajura, Achham and Doti it covers an area of 225 km2 (87 sq mi) and ranges in elevation from 1,000 m (3,300 ft) to 3,300 m (10,800 ft).Khaptad National Park was established in 1984 on the advice of the region’s holy man Khaptad Baba. The renowned Khaptad Baba Ashram, a religious site where Hindu pilgrims come to worship Shiva on the full moon of July–August each year, is located near the park headquarters. A buffer zone of 216 km2 (83 sq mi) was declared in 2006.Khaptad Baba moved to the area in the 1940s to meditate and worship. He spent about 50 years as a hermit and became a reno
more 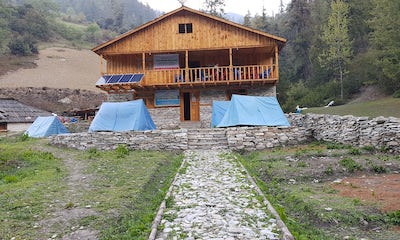 Place
Rara National Park
Kamal Singh:Rara lake has been a popular destination with a very rough route in Western Nepal for trekkers. The glimpses of culture and scenery on the way is quiet different from the rest of Nepal. Situated in high altitude, you can find the lake surrounded by Rara National Park with pine, spruce and juniper forest. The view of snow-capped Himalayan peaks enhance the attraction of trekkers. The trek begins with flight to Jumla (over an hour flight from Kathmandu) or from nearer Nepalgunj. Going along the mountain path and some villages one can reach the bank of Rara lake
more 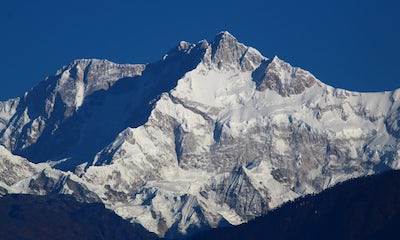 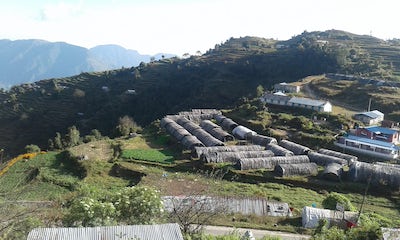 Place
Daman
Kamal Singh:Exploratory of Nepal - 14 Days (Tour to Kathmandu, Daman, Kulekhani & Chitwan Jungle Safari)Nepal is mountainous country with it’s nature, deep valley in between peaks and mid hill ranges, road has become vital for bringing together communities, and trade links. But until Nepal was open to the outside world in early 1950s, the Kingdom has nothing except village trails and mountain paths. On this tour we trace a portion of old trails that once linked Kathmandu to India via Rakxaul which carried cross-country trading that took weeks and months tortuous affairs on foot. Starting our journey from Thankot, a small village about 2km along the Rajpath (Highway), the trails passes through surprisingly typical Nepali village and the forests of Oaks and rhododendron trees with exceptional views of Langtang Himalayas ranges of mountain on the back-drop.
more 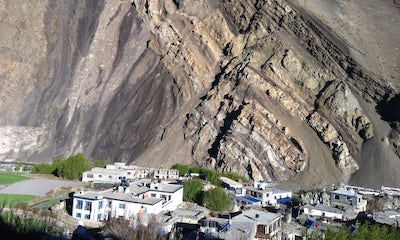 Place
Mustang
Kamal Singh:Overview cost $1490 Still the hidden kingdom, Off the beaten path, ancient culture, Tibetan culture and life style, medieval aged cave monasteries with precious arts, Tibetan Buddhism, hundreds of years old monasteries treasured with precious artifacts, beautiful landscape What to Expect Formerly the Kingdom of Lo and a part of the Western Tibetan Kingdom of Ngari, 'forbidden' Mustang has lured intrepid travelers to its remote realm for centuries, but only the most adventurous made it to this mountainous and inaccessible bastion of Tibetan Buddhism. Exploration of this timeless, ethnically Tibetan region, untainted by foreign occupation is a privileged journey following some of the less trekked routes through this sun-drenched region of the middle Himalaya border region. The region is monsoon rain shadow area behind the Himalayan ridge just like Tibet. Some extra days are needed to explore the valleys above Lo, Luri Gompa and Yara, and to trek the remote route from Tetang to Muk
more 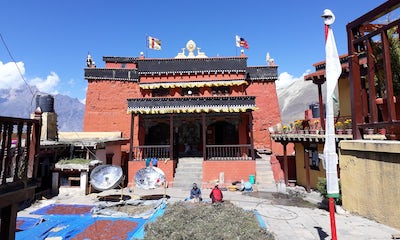 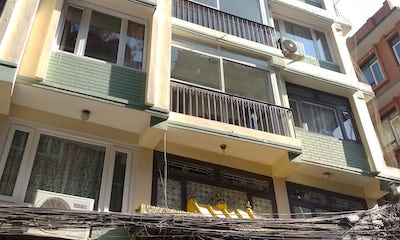 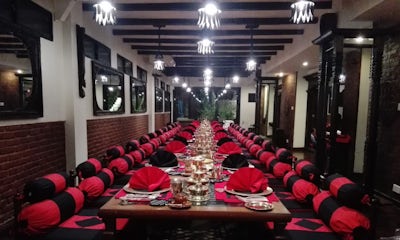 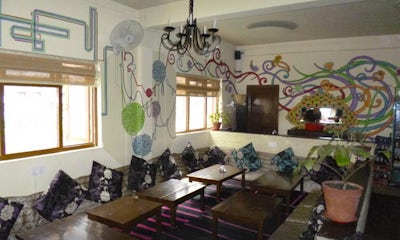 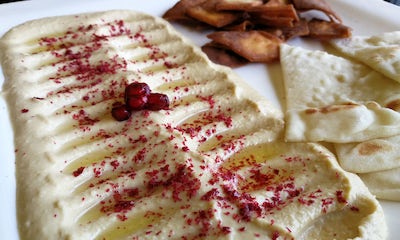