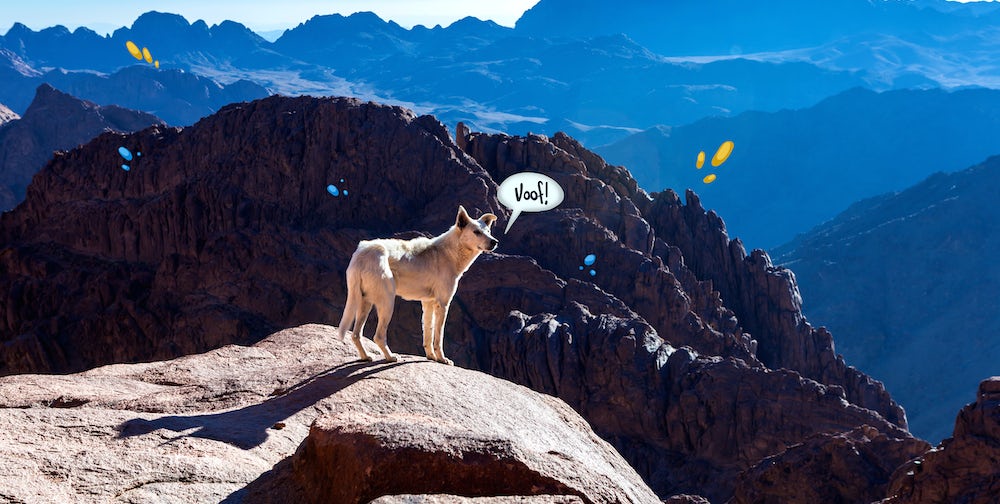 How to Stay Safe While Traveling in Egypt

If you're planning a trip to Egypt, it's essential to get acquainted with the local etiquette and customs before you go. The same applies to precautions you need to take in order to stay safe. Here are some essential tips on how to avoid potential risk and dangers in Egypt.

As with visiting any country, there are a number of ways to ensure that your visit to Egypt is as safe and hassle-free as possible. Some of these tips are common sense advice when traveling anywhere, but Egypt does have some particular areas of extra attention that you should be aware of before planning and then embarking on your trip.

Let’s take a look at tips to staying safe while traveling in Egypt across a number of specific areas, including local customs and etiquette, concerns about terrorism and anti-foreign sentiments, health risks, LGBTQ+ issues, and other elements specific to Egyptian culture.

With the widespread media coverage of the Egyptian revolution and the videos of demonstrations, protests, and sometimes violence coming from Tahrir Square at the time, most foreigners know that Egypt’s recent history has been quite tumultuous. 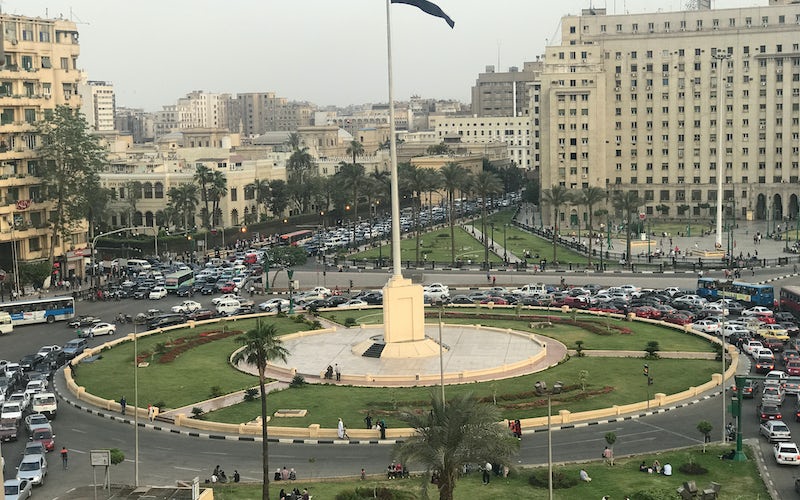 However, the turmoil was just beginning. With contentious policies that included giving himself expansive powers as president and more autonomy to the military, Morsi quickly became an unpopular leader in the country and the situation deteriorated yet again. Military chief Field Marshal Abdel Fattah Al Sisi overthrew Morsi and was then elected president the following year.

See also: What to Do in Cairo

In terms of the current political climate, there are still warning signs that more unrest is in the cards over the coming years. Ongoing restrictions on free speech, including crackdowns on journalists and political opponents, as well as lack of restraint on the armed forces means the country is still not a stable place politically.

What does this mean for a foreign visitor?

While tourism is still a major element of the Egyptian economy, being aware of the current situation is important before planning your itinerary. While large swaths of the country are still largely safe for anyone to visit, especially around the main tourist areas, in and around major cities like Cairo and Alexandria, and near the Red Sea resorts, other sections of the country are more risky or, in some cases like the Upper Sinai region, downright dangerous for foreigners to travel to or through. 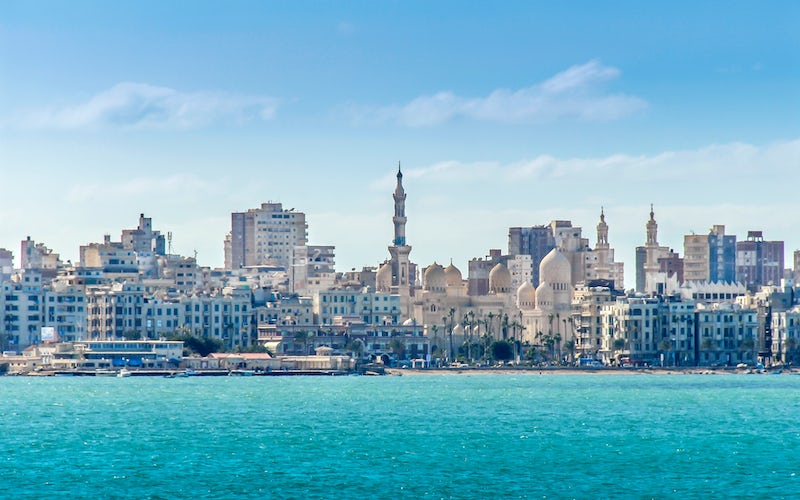 Terrorism, unfortunately, remains a real risk to both native Egyptians and outsiders visiting the country. There have been attempted and successful terror attacks on both religious institutions in the country, as well as major tourist attractions and resorts that largely draw foreign visitors.

While this is obviously a risk during any visit, the major tourist areas along the Nile River and near Cairo also feature significantly enhanced security measures aimed at thwarting and potential terrorist activity.

The recommendations for any traveler are the same as they would be in any country with the same risk – obviously, be aware of your surroundings and make sure to let security officials or local tour guides know if you see anything suspicious.

Foreign visitors are also largely advised to avoid any travel to the north Sinai, and to avoid non-essential travel to South Sinai (outside of the Sharm el Sheik resort area), as well as to areas west of the Nile Valley and Nile Delta regions. This isn’t to say you can’t go to these areas, but the risk is real and probably not worth it. The good news is, most of what you want to see in Egypt is not located in these regions.

Safety for women and LGBTQ+ individuals in Egypt

As a very conservative country with a large Muslim population, Egypt unfortunately struggles with issues of sexual harassment and LGBTQ+ harassment throughout the country. While there are small underground LGBTQ+ scenes in Cairo and Alexandra, LGBTQ+ travelers are cautioned to avoid using dating apps and to be wary of solicitations – natives have sometimes used these occasions to harass and rob foreigners.

Public displays of affection are also not encouraged (this is also true for heterosexual couples), as these are seen as offensive by large swathes of the populace. Be aware that Egyptian men often hold hands, link arms, or kiss each other on the cheek in greeting – be careful not to misinterpret these signals along Westernized expectations.

While foreign women will largely be exempt from some of the more pressing women’s rights issues, be aware that sexual harassment is a growing issue in Egyptian culture, and that women’s rights remain restricted along religious lines for natives. Modest dress is also expected given local religious guidelines, and public displays of affection should be limited to avoid attracting unwanted attention.

While there are no required vaccines for travel to Egypt, it is always a good idea to keep standard vaccinations up to date (such as diphtheria, tetanus, pertussis, polio, measles, mumps, rubella, and rabies, especially if you plan to visit remote areas near animals). Typhoid and Hepatitis A and B are also always good idea to avoid contracting these diseases from unhygienic food preparation. If you are travelling from or to certain countries in southern Africa, including nearby Sudan, you will also need a yellow fever vaccine.

In terms of healthcare in the country, if something should happen, private and university hospitals are excellent and trustworthy, but local care and dental care are more unreliable, especially if you travel to more remote areas. You should always check to make sure you have a comprehensive travel insurance, and also prepare to pay upfront for medical and dental treatment.

For minor ailments, consult a pharmacist first. They are often very well trained, speak English, and can dispense all sorts of medication to cover common issues. 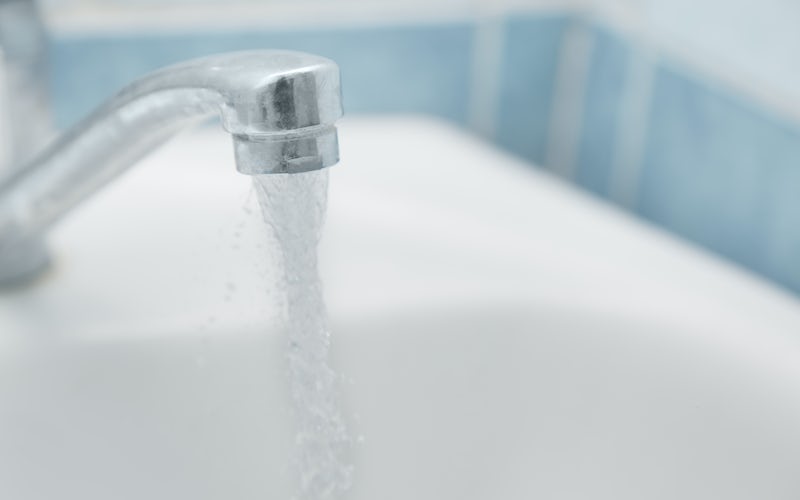 Tap water should be considered unsafe to drink outside of Cairo. Canva/Arman Zhenikeyev.

In terms of drinking tap water, in Cairo tap water is heavily chlorinated and relatively drinkable (if not the best-tasting), but outside the city, tap water should be considered unsafe to drink. Bottled water is cheap and abundant in even the most rural areas, but if you plan on traveling to more rural regions, considering packing iodine or a device like a LifeStraw to filter your own water as needed.

Perhaps the most common issue facing tourists is heat exhaustion or, worse, a heatstroke, brought on by the intense heat (especially during the summer months) as well as lack of hydration. Symptoms often include dizziness, tiredness, headache, and eventually vomiting if left untreated. 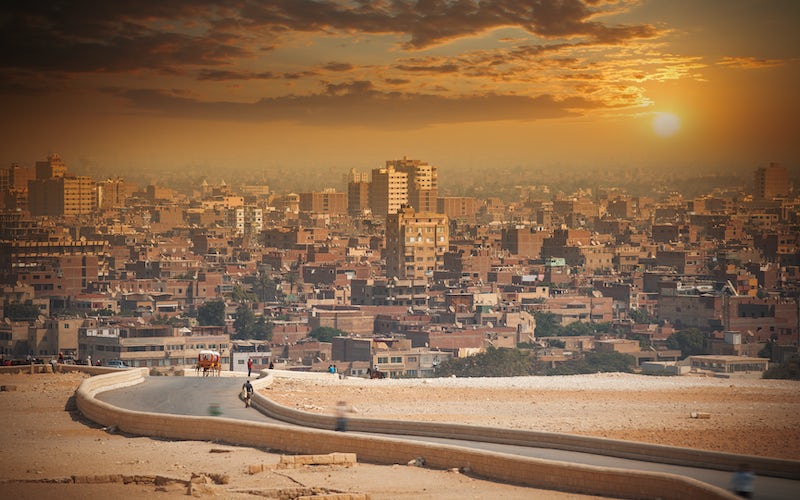 The heat can get intense in Egypt. Canva/Lindrik.

A loss of consciousness or lack of sweating indicates severe heatstroke, a much more serious condition that can lead to death if not handled immediately. Be sure to drink plenty of fluids (and don’t wait until you are thirsty), and wear a hat to keep the sun off your face. Try to find air conditioning and get out of the sun when possible as well.

Not as much of a risk for disease as in other places in Africa and around the world, but insect bites always carry a risk for infection. When possible, or in areas with bigger insect populations, use a DEET-based repellent.

As with many places in the world where hygienic standards are not as high, this is almost an unavoidable risk. If you come down with a bad case, staying hydrated, resting, and staying out of the heat are your best bets. If symptoms persist for more than few days or a fever develops, contact a doctor to be sure you haven’t developed dysentery.

Local Etiquette to be aware of

There are some common local customs that you should plan to follow, to avoid offense and also awkward situations that could lead to worse:

As a rule, don’t touch someone from the opposite sex in public, or engage in kissing or hand-holding. These actions are considered taboo by large segments of the population. 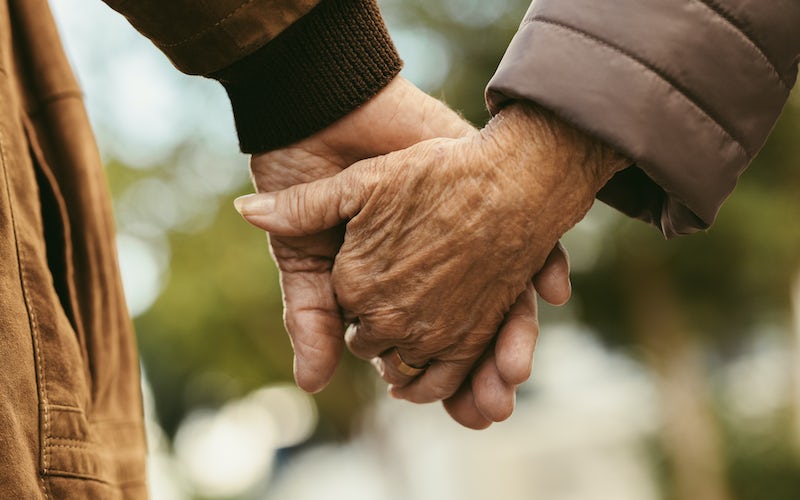 It's a good rule of thumb not to hold hands in public. Canva/mail272.

Do not show the soles of your feet, it’s considered disrespectful.

Eat and primarily use your right hand, as the left hand is used for ablutions in local customs.

If you are traveling to Egypt during Ramadan (generally May and June), be sure not to eat or drink in public during the fasting month. While foreigners aren’t expected to fast, this is considered disrespectful.

Always remove your shoes before entering a mosque or a holy place, as this is considered disrespectful otherwise.

Finally, some general advice for safety that is true of traveling anywhere, including Egypt:

Do not overindulge in alcohol – one of the easiest ways to become a target for petty crime as a tourist is to be inebriated in public.

Drugs, even in small amounts, are punishable by serious sentences in Egypt. Stay away from them.

Always be aware of your surroundings, which includes not spending too much time staring at a phone while in public. Petty criminals often look for distracted tourists for pickpocketing opportunities.

Remember that overeager solicitations for tours or locals selling products are best dealt with a firm no – trying to be polite will often only encourage further solicitation.

Alexandria: Experience the life inside
Wonderguide