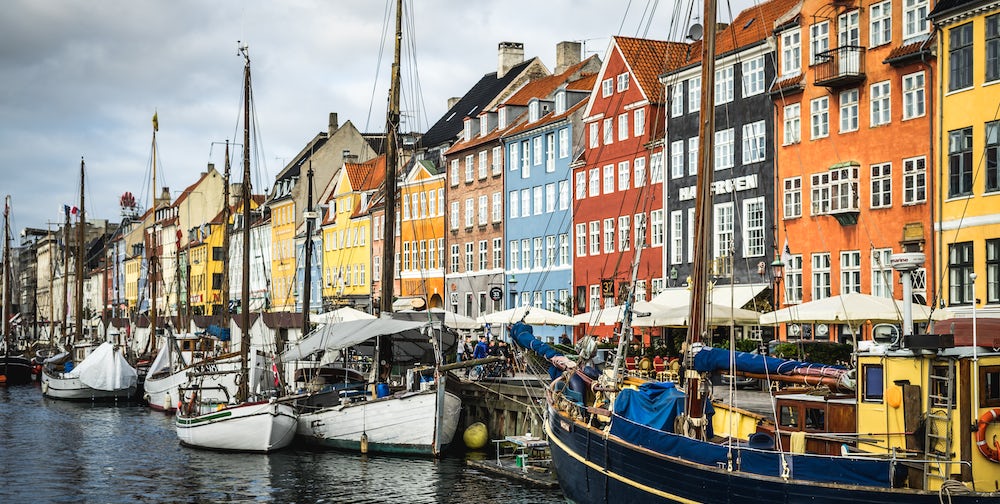 Top 5 Things to Do in Denmark

Denmark may be small, but that doesn't mean it's boring. In fact, there are loads of things you can do in this charming little country in Scandinavia. 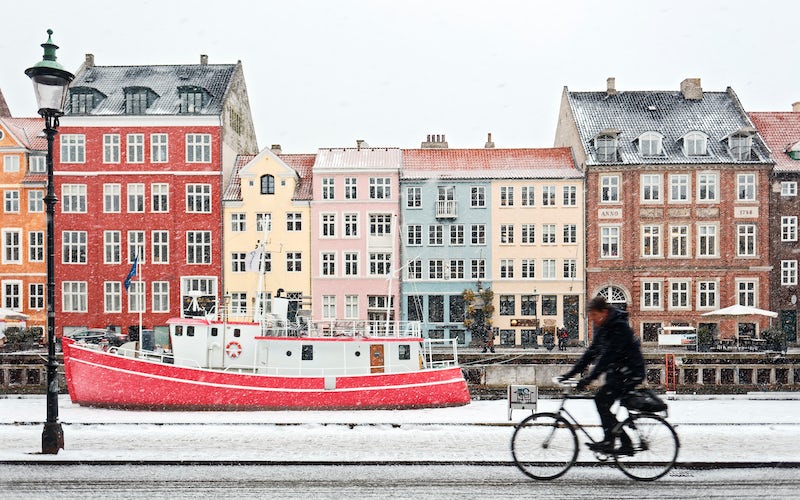 You can bike throughout the year in Copenhagen. Unsplash/Max Adulyanukosol.

You might have heard that the main means of transport in Copenhagen is cycling. Since so many people there bike everywhere they go, the transport system in the city is really designed with the needs of cyclists in mind. There are biking lanes everywhere and there are tons of bike stands where you can lock your bike.

You can either rent a bike or grab a city bike (ByCyclen). Cycle between the top attractions of Copenhagen and check out the city’s coolest neighbourhoods, such as Vesterbro, Nørrebro and Christiania. You can also window-shop for Danish design while riding your bike or ride through one of Copenhagen’s beautiful public parks.

If you decide to check out the exciting Copenhagen nightlife after dark, you can bike to Kødbyen (the Copenhagen Meatpacking District), where you can find bars and nightclubs. 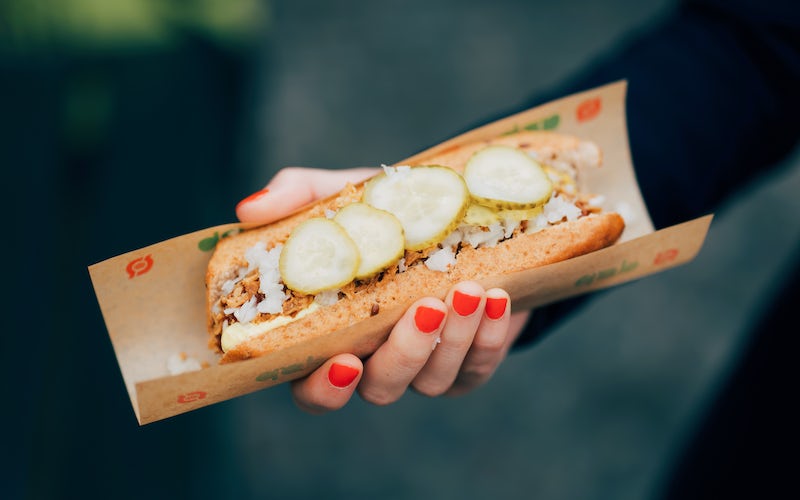 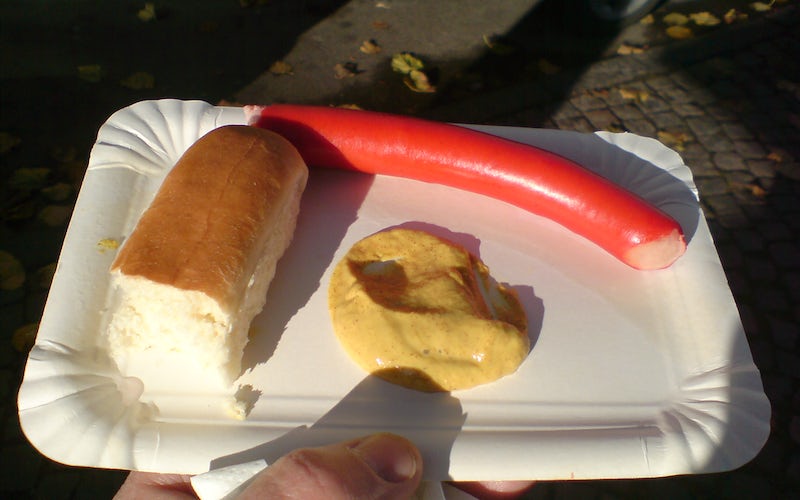 Hot dogs are a huge thing in Denmark. You'll see hot dog stands everywhere and you can also buy them in supermarkets or gas stations.

There are several different types of hot dogs you can try. The one on the upper picture is a hot dog in bread with fried onions and pickles (I have to admit that the hot dog that first picture looks a bit funny, because you really can't see the actual sausage, but the Danish hot dogs are typically bright red and fairly long).

It is also common to buy two hot dogs on a paper plate, that you can dip in mustard and ketchup. Lastly, there's the French version of the Danish hot dog. That's by far the best in my opinion.

3. Visit the ARoS museum in Århus 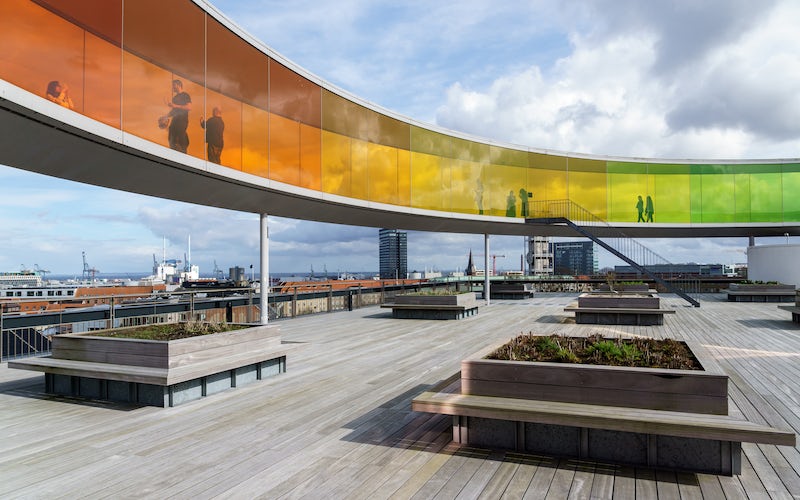 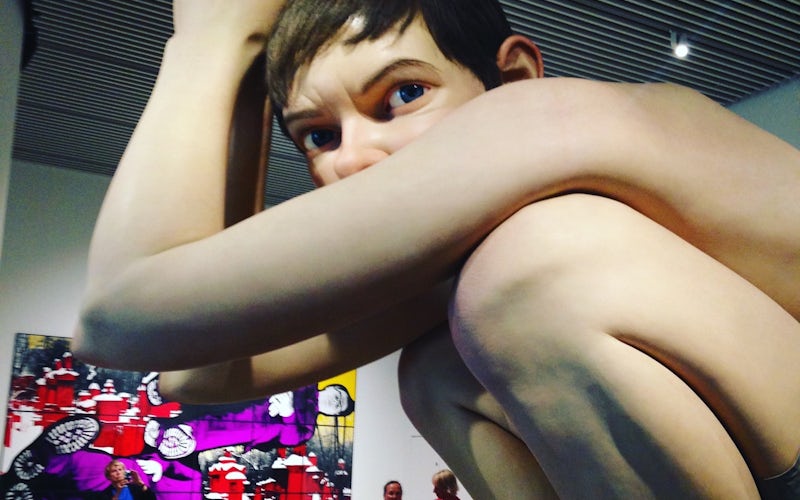 The ARoS museum in Århus is a goregous art museum in Århus, which is Denmark’s second biggest city. It originally opened in 1859 but it re-opened in 2004. Now, ARoS is one of the largest museums in Northern Europe.

The building is characterised by a panoramic circular glass walkway, designed by Danish-Icelandic artist Ólafur Elíasson. The walkway itself is actually a piece of art which was opened in May 2011.

There are many noteworthy pieces in ARoS, such as The Boy by Ron Mueck and Valkyrie Rán by Joana Vasconcelos and the aforementioned Your Rainbow Panorama by Ólafur Elíasson.

Århus may be far away from Copenhagen, but it’s definitely worthy of a visit. The architecture and the overall vibe is different from that of Copenhagen and it’s a bit smaller and more intimate. 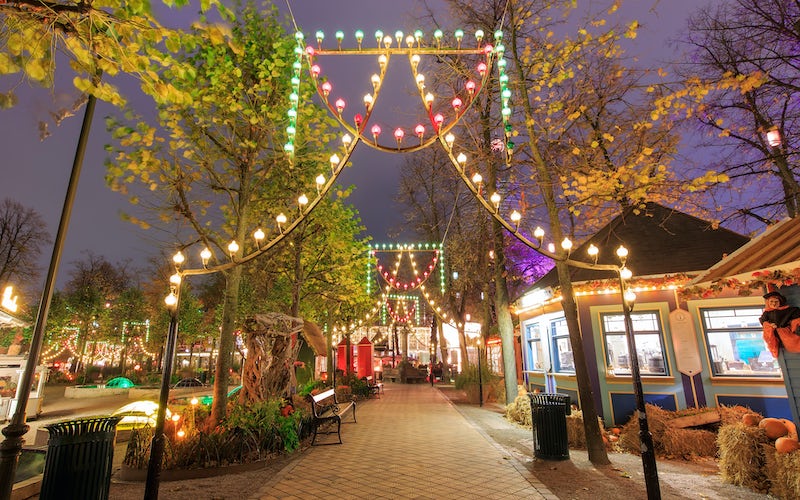 The Tivoli Gardens is an amusement park situated in Copenhagen’s city centre. It is a wonderful place to visit during the summer, especially with kids.

I’ve been to the Tivoli Gardens several times, both as a child and as an adult. I still really like the rides, especially the roller coasters and the most recent ride in the park, called “Vertigo”. You also have to try the “Golden Tower”, which allows you to see all the way to Sweden when the conditions are right.

Going by night is also nice, especially when there are some events or concerts at the Gardens. 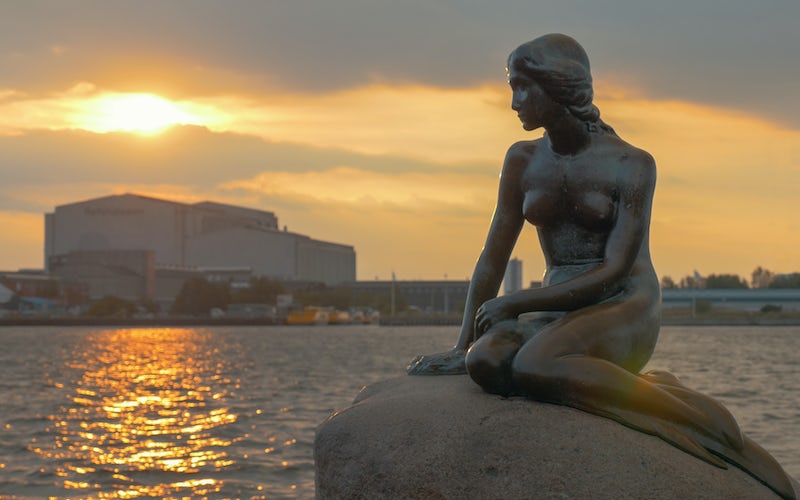 She may be small but there's just something about the statue of H.C. Andersen's Little Mermaid in Copenhagen. The statue is located at the Langelinje Pier, not too far from the city centre.

The statue was a gift to Copenhagen from a brewer called Carl Jacobssen. He commissioned the piece from sculptor Eline Erikssen after seeing a ballet based on H.C. Andersen's tale.