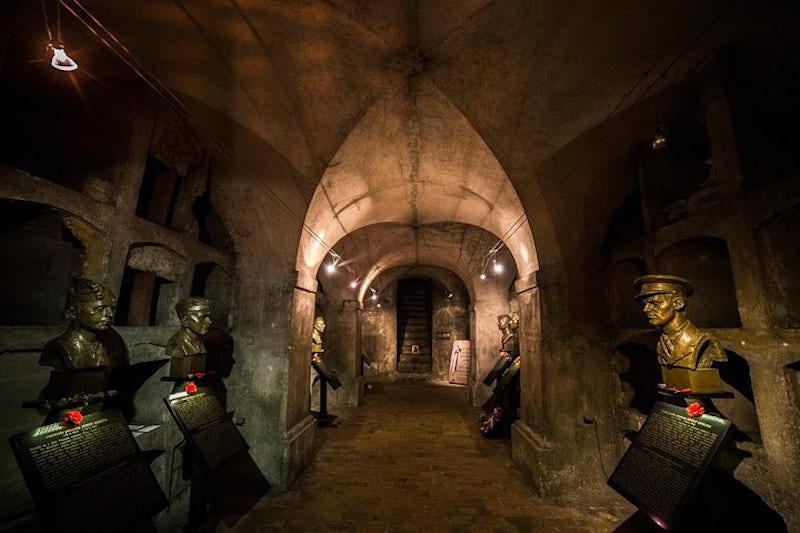 This three-hour, small-group walking tour will explain the background of the Operation Anthropoid, what role Czechoslovakia played in the Third Reich and what life was like during the Nazi occupation.

On this 3-hour walking tour, take a step back in time and learn about the ultimate act of resistance during World War Two. See where Czechoslovakia’s heroes fought their last battle, hear the story of the bombing of Prague and learn more about the darkest days of the 20th century. This tour will visit the scene of the Prague Uprising , the dreaded Gestapo Headquarters , the areas of the city bombed in 1945, and the hiding spots used by the Czech resistance. Discover the stories behind the key players in Operation Anthropoid and understand what drove them to make such a sacrifice. The tour will end at the Church of St Cyril and Methodius where you can enter the crypt where seven brave men carried out the ultimate act of resistance.

Visit to Church of St. Cyril and Methodius
Professional guide