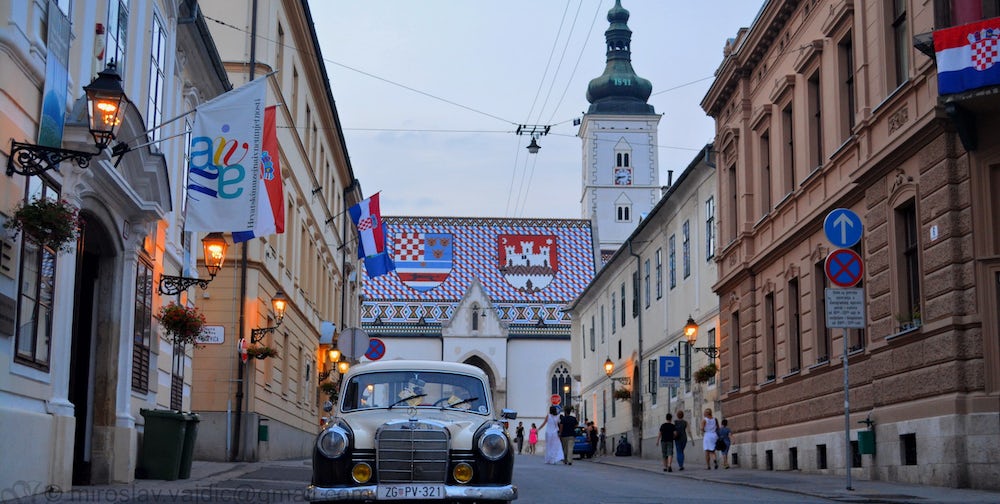 Zagreb: the Heart of Croatia

Zagreb, the largest city of Croatia, offers a variety of attractions and entertainment. I have lived in Zagreb for two years and thus I hope that this article will be a helpful read for those who plan on visiting the city.

As the capital and largest city of Croatia, one would naturally expect the city to have a lot to offer and that is indeed the case. Zagreb is a diverse city, in terms of travel and tourism, with a myriad of incredibly different experiences and ways to enjoy oneself. Ranging from spiritual experiences to fine dining, clubbing, and much more, this article will cover all of the major attractions of Zagreb.

The first thing one sees when entering Zagreb is the Cathedral of the Assumption of Mary, colloquially known as the Zagreb Cathedral. This cathedral is not only the tallest building in all of Croatia, it is the largest gothic style religious structure south of the Alps! 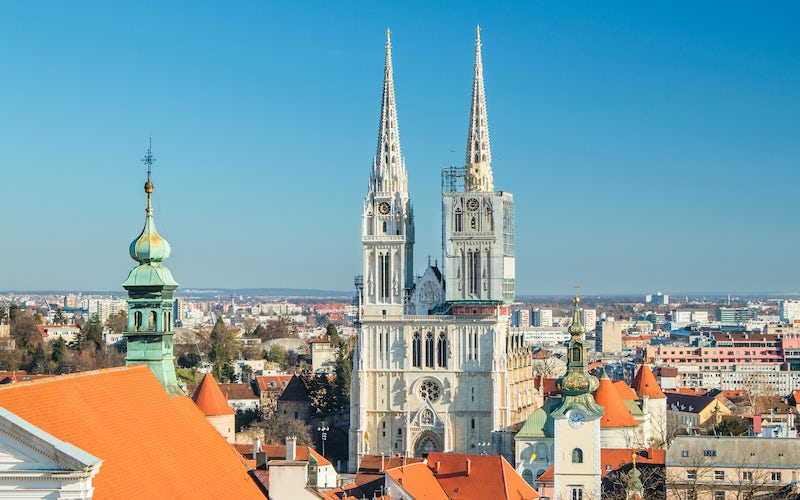 The most prominent exterior features of the building are its classically gothic architecture and its two towering spires, which are considered to be a symbol of Zagreb as they can more or less be seen from anywhere in the city. The interior design is a throwback to the golden age of the Catholic Church, with impressive altars and other artistic symbols. No matter what one’s religious orientation is, the Zagreb Cathedral is sure to be an impressive site.

When walking around the rest of Zagreb, those who are familiar with architecture may notice something quite interesting and that is that Zagreb looks a lot like Vienna. This is because many of the most famous buildings in Zagreb were designed by popular architects from the Vienna school. One of the most impressive and historical of these buildings is the Croatian National Theater in Zagreb, which was unveiled by Austro-Hungarian emperor Franz Joseph I in 1895 and designed by famed architects Ferdinand Fellner and Herman Helmer. 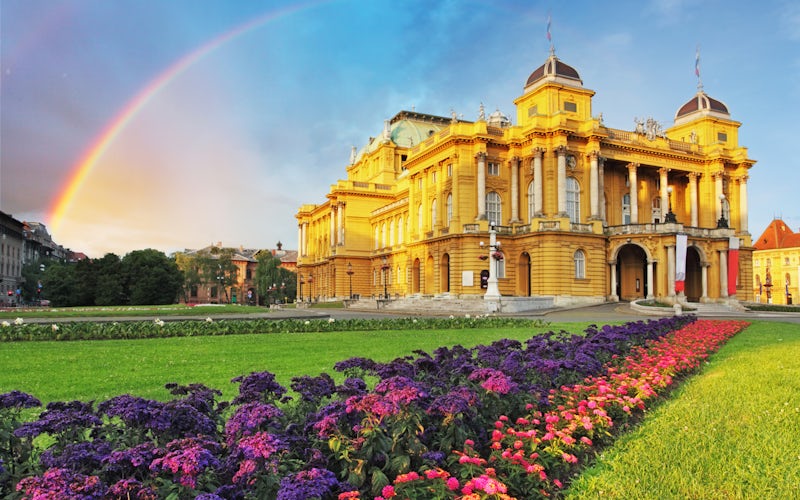 The building is known across Zagreb for its impressive and awe inspiring design. Design, however, is not the only notable aspect of the building. The Croatian National Theater has housed some of the world’s finest artists, and the majority of Croatia’s most famous talents. This theatrical repertoire carries on to today, and one of the must do activities in Zagreb is to go see a play at the National Theater.

Zagreb is a sprawling city, with many things to do on every corner. One of my favorite things to do in Zagreb is to just walk around Zagreb and stumble into new experiences. Many of these experiences have occurred in museums and while each and every one of Zagreb’s museum’s is unique and special in its own way, the art Museum Mimara takes the crown. Museum Mimara is an art museum located in the center of Roosevelt square, across the street from the Westin Hotel. 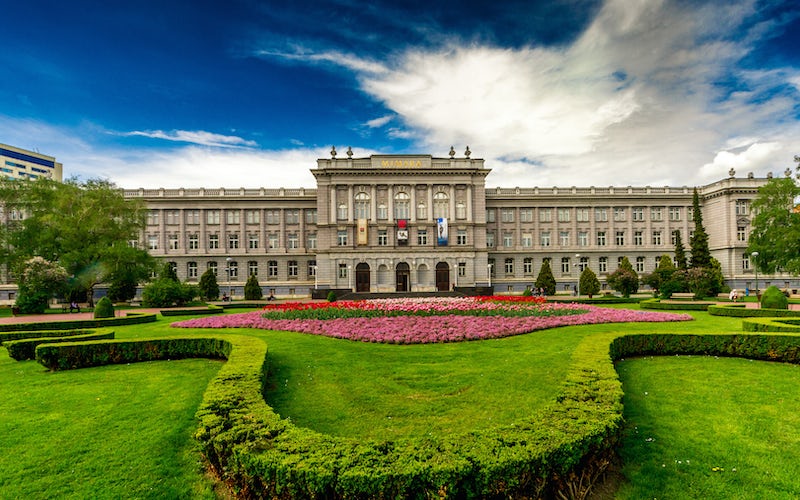 The museum houses the collection of famed art collector Ante Topic Mimara. The Mimara Museum holds more than 3,700 works of art, including works by Bosch, Lorenzetti, Rubens, Georges de la Tour and other prolific artists and my favorite piece in Mimara is one of Francisco Goya’s legendary Black Painting. I can guarantee that the Museum Mimara will provide anyone with an unforgettable and enlightening art experience. 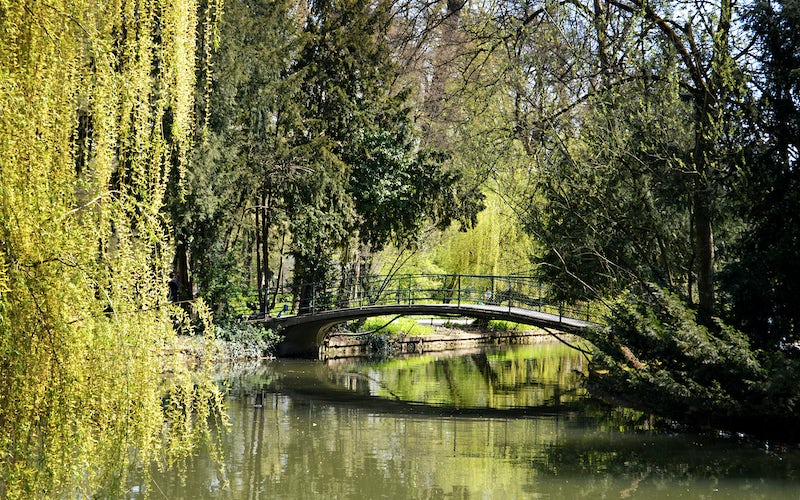 Another gem that can be found while wandering around Zagreb, specifically the east end of the city, is Maksimir Park, the oldest public park in Zagreb. While the park itself is culturally important and enriching to Croatia, the most fascinating aspect of the park is the Zoo. Inside Maksimir park, one can find the Zagreb City Zoo which is one of only three in the country.

The Zoo contains 2,225 animals of 275 different species, my favorite being the alligators and red pandas. A nice way to kill time during the day is to take a long stroll through Maksimir park and finish at the Zagreb Zoo.

In the south end of the Zagreb city center, right by the main train station you’ll find one of the most historical and classiest hotels in all of Croatia, the Hotel Esplanade. This hotel was built in 1925 to accommodate passengers of the famous Orient Express. Inside the hotel, the fine dining restaurant Zinfandel’s can be found. 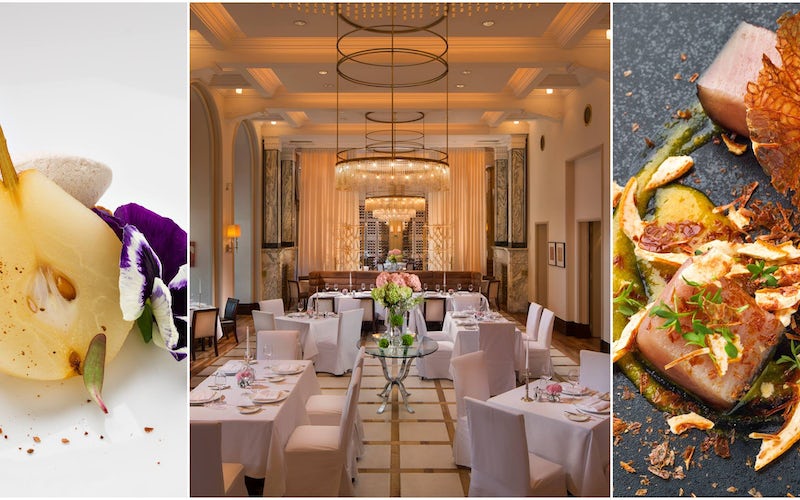 Named after the legendary wine grape, it is considered to be the classic go-to fine dining spot in Croatia. Zinfandel’s, which became famous under legendary chef Stevo Karapandza, is now lead by chef Ana Grgic, who has had experience in two Michelin Star restaurants. Grgic’s risotto is considered to be one of the finest in the world, while the rest of her menu is guaranteed to please.

Additionally, the wine selection is one of the largest I have ever seen in a restaurant, offering a variety of wines from every Croatian region along with foreign options. The service is also phenomenal, being a mix of old Slavic fine dining traditions with modern day serving etiquette. For those looking for an elite and luxury dining experience in Zagreb, Zinfandel’s is the ideal choice. 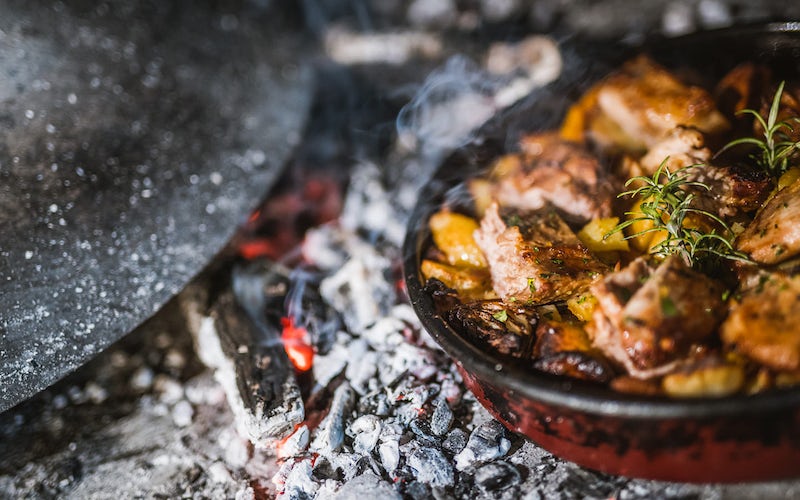 If you’re in the mood for a more affordable and laidback  experience, Didov San, Croatian for “grandfathers dream” is what I would recommend. Didov San serves Croatian classics, such as spit roast Lamb and Veal with potatoes, Zagreb Style Cordon Bleu, Grilled Squid with Chard, Goulash, Sarma, Stuffed Bell-Peppers and assorted grilled meats, to name a few.

Additionally, they serve some of the best appetizers that can be found in all of Zagreb, my sincerest recommendation being Dalmatian Prsut, and Pag Cheese. The shining star of Didov Stan is its very clear dedication to cultural roots, the history of Croatia can really be tasted through the food at this amazing restaurant and is sure to leave all of its guests satisfied.

Place to Grab Coffee and relax

Having a two-hour coffee break during the day is a deeply ingrained Croatian tradition. While it may seem so simplistic, grabbing coffee is incredibly important to the Croatian culture and identity. Therefore, every city in Croatia has a spot where most of the residents go to grab their precious caffeinated drink. 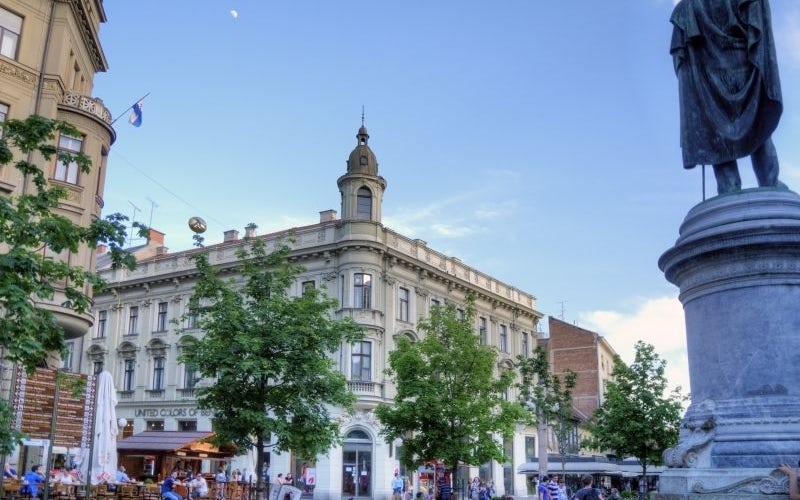 While in Zagreb, a café can be found virtually anywhere in the city (usually every 5 meters), the most popular and luxurious spot to grab coffee is the famous Cvjetni Trg, (Croatian for Flower Square). The square is formally known as Petar Preradovic Square, named after the famous poet of the Illyrian movement, but virtually every Croat refers to it as the Flower Square. What makes this place so special for having coffee is the large and open scenery.

Many architectural gems can be found on the Flower Square, including the Serbian Orthodox church building, the famous Octagon structure and a statue in the center to the square’s namesake, Petar Preradovic. In addition to these historical marvels, the square is filled with countless cafes and for when you inevitably get hungry on your 2-hour Croatian style coffee break, there are a number of places to grab a quick bite to eat, ranging from the cheap and fast yellow submarine burger, to more formal dining experiences.

Finally, the square finds itself in between the central city point of Ban Josip Jelacic and the Croatian National Theater, making it the perfect base for exploring Zagreb.

As the tourism industry in Zagreb booms, so does the nightlife. Zagreb has many bars and nightclubs that cater to all sorts of crowds and different tastes. It is incredibly easy to find a good bar or nightclub in Zagreb, however there are those that stand out for providing unique and exceptional experiences. Alcatraz bar, located on Tkalciceva street, is one of these outstanding clubs. What makes Alcatraz unique is its three separate floors, each providing a different experience.

The top floor is a restaurant, which serves decent food at a fair price, the first floor is a standard bar that serves your basic go to drinks, while the basement is a more hardcore underground-style bar, that is more often than not packed from shoulder to shoulder. No matter what you are looking for, Alcatraz is sure to please, and it is by far my favorite place in Zagreb to start the night.

After bar hopping, many people simply haven’t had enough, therefore nightclubs exist. In Zagreb, nightclubs are open until the sun is well and up the next day. I have had many experiences in Zagreb where I have partied until 8 a.m. and gone straight to my morning coffee just after leaving the club.

For those looking for similar experiences, I highly recommend a nightclub called Opera. It mainly caters itself towards the tourist demographic and provides modern club day hits to a youthful audience. Opera also has by far the best VIP section in all of Zagreb, with an entire floor separated from, and balcony overlooking, the “general population”. Opera provides one of the most exclusive, exciting, intense, and elite nightlife experiences in all of Zagreb

Zagreb is a city with so many diverse and unique experiences. From gastronomy, to museum hopping and clubbing, the experiences you can have in Zagreb are endless and incredibly enjoyable. When visiting Zagreb, you will begin to fall in love with the city. When leaving the city, your heart will yearn to come back and experience everything that was missed.

There are countless things to do in Zagreb and sadly it is impossible to do them all in one trip (I’ve been living here for 2 years and I still haven’t seen it all). However, this guide provides a breakdown of the most valuable and memorable experiences to be found in this beautiful city.

Gradec and Kaptol: A Tale of Zagreb's Two Towns
Story