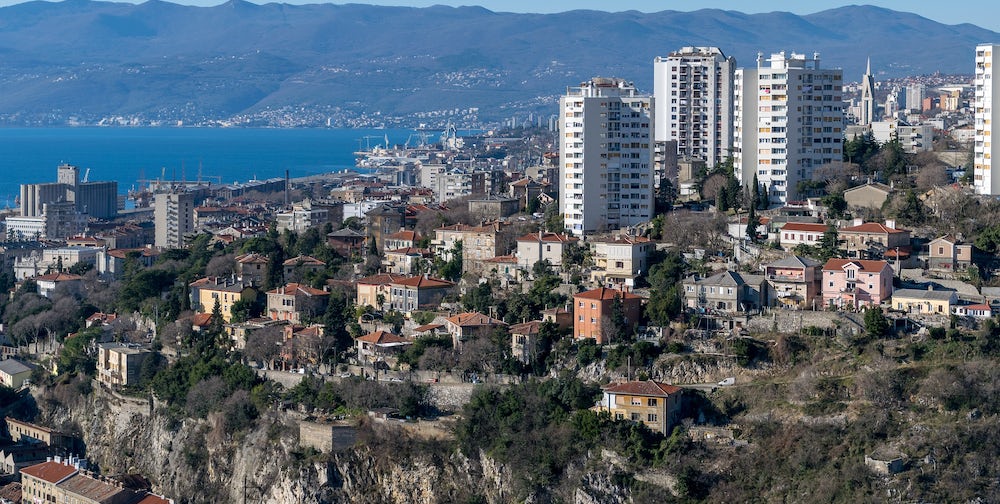 Rijeka: An Unforgettable City in Croatia

Rijeka, Croatia's main cargo port, sits at the head of the Kvarner Bay, backed by the high arc of mountains that form the Gorski Kotar range. Comparatively few foreign visitors stop in Rijeka, though as a major ferry port it sees plenty of people pass through on their way to the islands or to Dalmatia.

Like many other towns and cities in the region, Rijeka was once an Illyrian and then a Roman settlement. Unlike much of the rest of the coast, however, it never came under the thumb of Venice.

Rijeka's main pedestrian artery is Korzo, an attractive, café-filled street surrounded by grand architecture. The old town lies inland (north) of this, roughly the area between Korzo, Museum Square (Muzejski Trg), and Jelačić Square (Jelaõtev Trg). The area south of Korzo is all land reclaimed from the sea. An earthquake struck the city in 1750, so what you see of Rijeka today dates mainly from the 18th century onward. 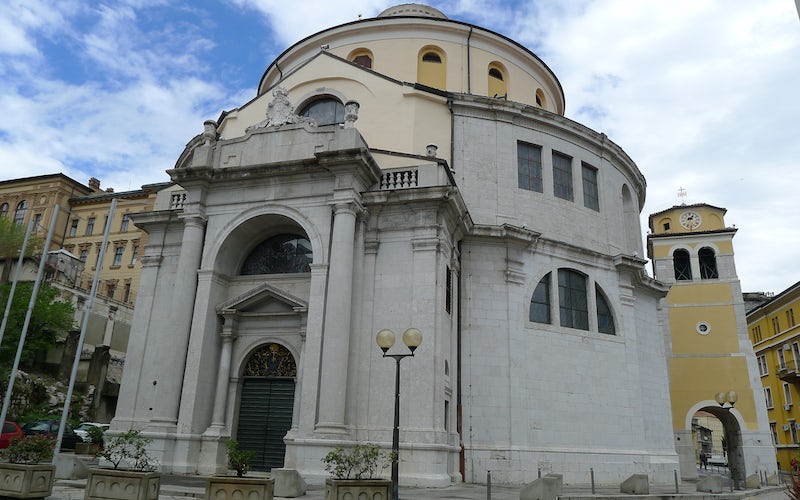 The old clock tower on Korzo dates from the 15th century, though it was later renovated in its current baroque style. At the northeast corner of the old town you will find the Maritime and History Museum - which has maritime, archaeological, and ethnographic displays - and the Town Museum, in a large 19th-century mansion, formerly the governor's palace.

Away from the Old town 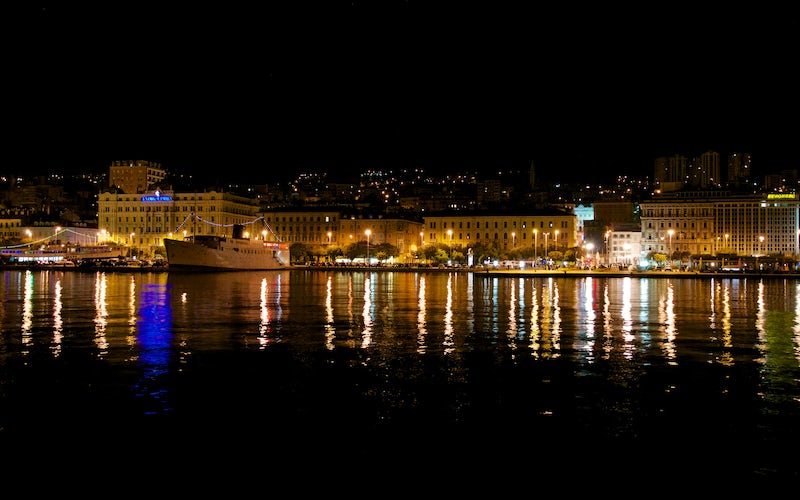 North of the old town there is a small park, Park Vladimir Nazora, where the State Archives is located in a suitably grand villa once owned by the brother of the Austrian emperor Franz Joseph I. Down on the Riva (waterfront) is the imposing building of the Jadrolinija ferry, which connects the mainland with the islands, Split, and Dubrovnik. 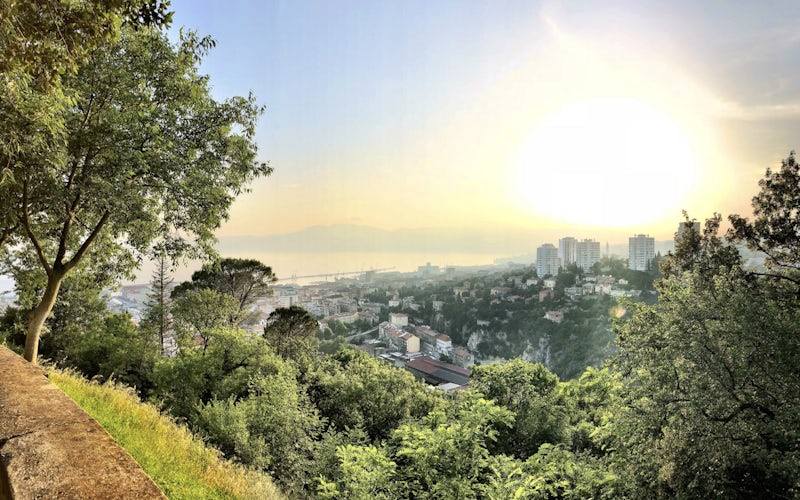 To the northwest of the center is the suburb of Trsat, once the site of an Illyrian hill fort. A long flight of steps, called Trsatske Stube, leads up from Republic Square. The nearby Sanctuary of Our Lady of Trsat, where wood from the Virgin Mary's house in Nazareth is said to have rested on its journey to Loreto, is a major pilgrimage site. 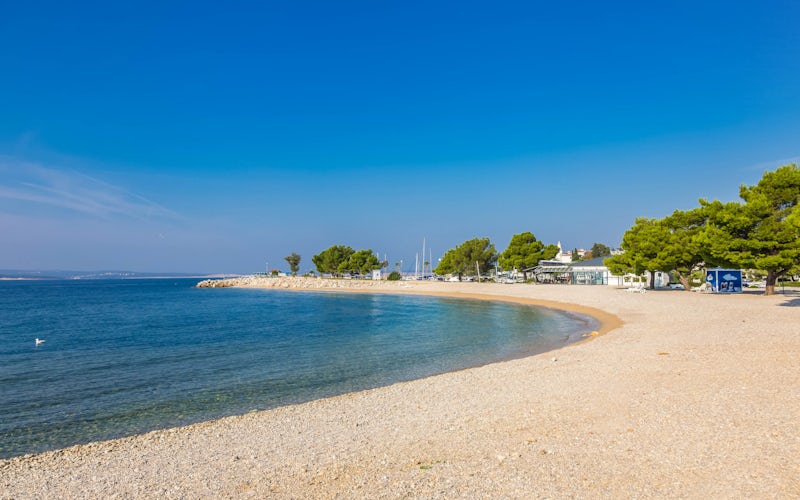 Southeast of the city of Rijeka on the main coastal highway are the towns of Crikvenica and Novi Vinodolski, both of which are popular with local tourists. Juraj Julije Klović, Croatia's most celebrated painter of miniatures and one of the greatest of the Italian High Renaissance, was born near Crikvenica.

In Novi Vinodolski, the 18th-century Cathedral of Saints Philip and Jacob has carved wooden stalls from the 17th century, and there are also remains of a Frankopan castle. In addition, one of the oldest complete historical documents in Croatia, the Vinodol Statute (Vinodolski Zakon), was signed in Novi Vinodolski in 1288. The original is now in the National and University Library in Zagreb. 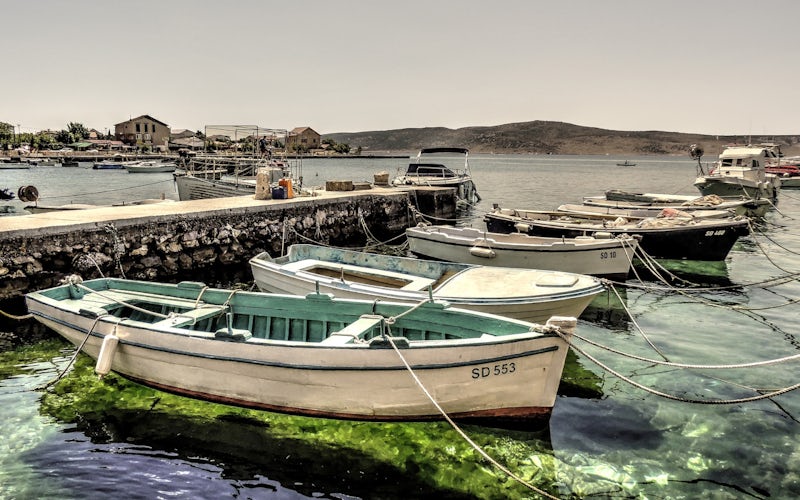 Approximately 37 miles (60 km) southeast of Rijeka, Senj (not to be confused with Sinj, farther south) has a long and exciting history, and was for a long time one of the most important ports on the northern Adriatic. The city was probably founded in the fifth century B.C. by a Celtic tribe, the Senones, and later became the Roman port of Senia.

Senj's cultural importance is exemplified by the fact that it had the earliest known Glagolitic printing press in Croatia, dating from 1493. It was also the birthplace of a large number of Croatian writers, including Vjenceslav Novak and Milan Ogrizevič.

The 11th-century Cathedral at the center of the old quarter of Senj was remodeled in the 18th century. By chance, bombing during World War II revealed parts of the original facade. The oldest quarter of the town, Gorica, lies north of the Cathedral, enclosed by a section of the old city walls. Senj also has a number of Renaissance palaces.

The City Museum has a good collection, ranging from archaeological fragments to flora and fauna from the nearby Velebit mountains. Part of a plate from Seni's famous 500-year-old printing press is also preserved here. Just beyond the southwestern edge of the old town (marked by another fortress tower) is Senj Writers' Park (Park Senjskih knjizvenikal), with sculptures of the town's clutch of literary figures. 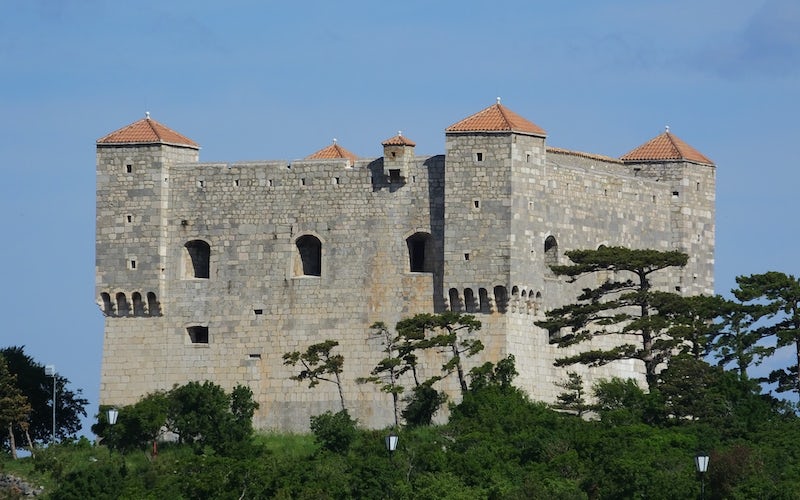 Above Senj Writers' Park on Trbušnjak Hill is the imposing Nehaj Tower, a 16th-century fortress built by one of the town's most famous sea captains, Ivan Lenković. With massive corner towers and 60-foot-high (18 m) crenellated walls, the fortress has more than 100 loopholes to rain down firepower on would-be attackers, and in its heyday housed 11 heavy cannons.

The fortress incorporates various bits of masonry from other buildings, including an inscription from a 13th-century monastery that is still visible in the walls of the ground floor.

The castle holds musical performances during the summer and commands exceptional views over the surrounding area.

INSIDER TIP: Croatians pronounce the letter j as they in yellow. Remember this when talking about a visit to Senj, Sinj, or Lošinj. 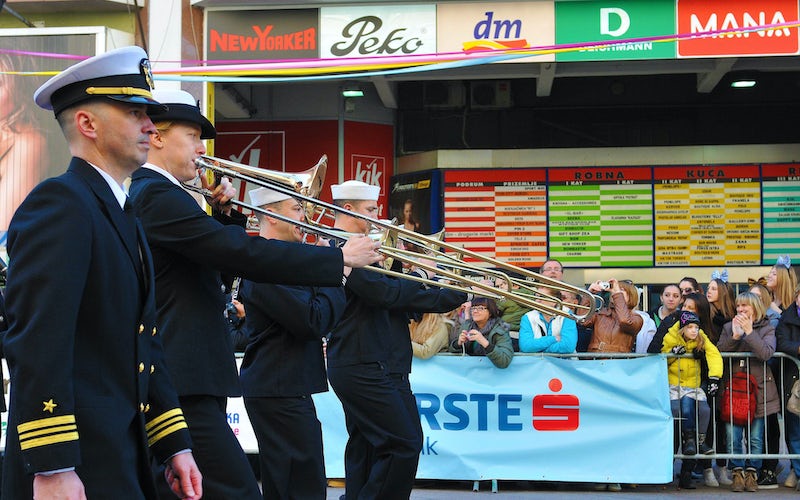 The Rijeka Carnival is held just before Lent each year. Take in as many of the events as suit your style. On Saturday, kick off the celebrations with the Children's Carnival Parade. But if you can make just one festivity, it should be the vivid culmination event, the International Carnival Parade - a huge (and entertaining) event with up to 10,000 participants from up to 100 carnival groups.

This is followed by the burning of the Pust. Satirically representing a government official, the Pust is paraded through the streets, publicly read its sins, and then taken from the harbor and burned at sea.