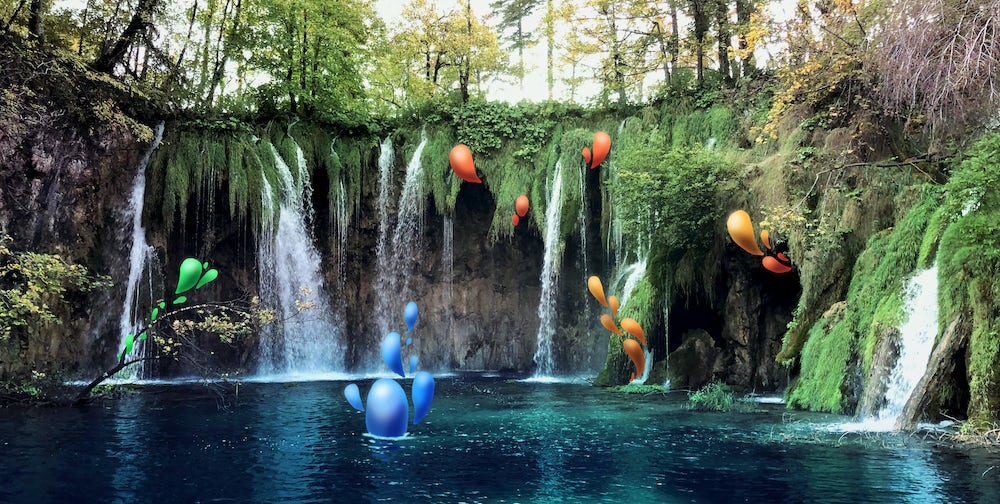 The Best Attractions to Visit in Croatia

Knowing which places to visit in Croatia can be a difficult task, especially for first-time visitors. From national parks to historical landmarks, this is a list of the best attractions in Croatia.

Over the last decade or two, Croatia has become an extremely popular tourist destination where travelers from around the world come to spend their vacation days. This comes as no surprise since this beautiful country on the Adriatic coast is blessed with natural beauty and dozens of UNESCO world heritage sites.

What I love most about this place is that it doesn’t lack diversity. Whether you are looking for stunning historical monuments, blissful beaches, or picturesque vineyards, there are plenty of amazing spots to keep you entertained for at least a week or two. 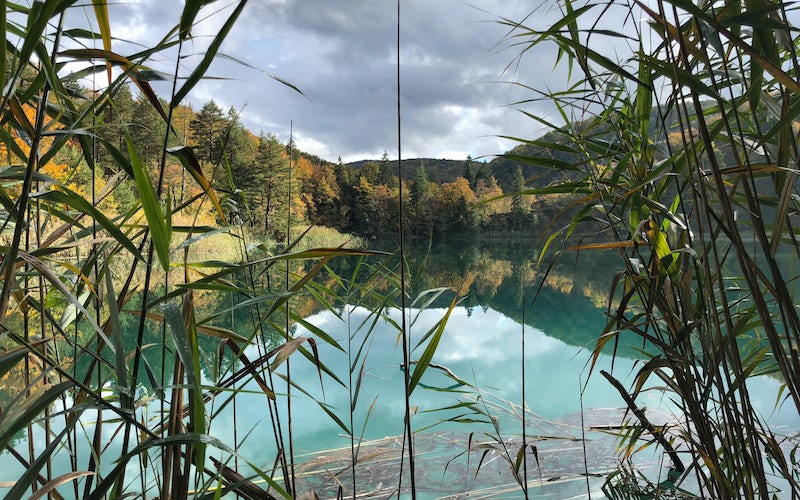 It's lovely to take a short boat ride in Plitvice. Wonderguide/Andri.

The Plitvice Lakes is the most popular national park in the country. Consisting of 16 interlinked lakes, this beautiful national park is a UNESCO-listed heritage site and an ideal destination to kick off your adventure in Croatia.

Expect to find lovely waterfalls, dozens of hiking trails, and forests with animal species including owls, wolves, and brown bears. However, the biggest draw here is Veliki Slap, a magnificent 78 meters-high waterfall. 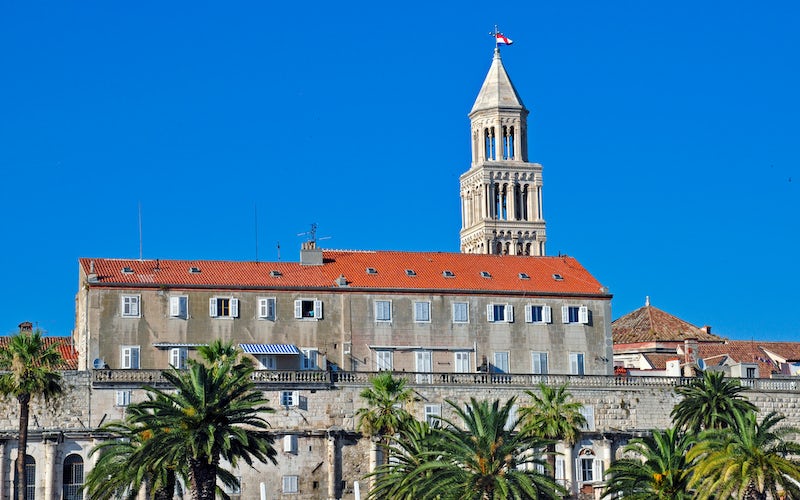 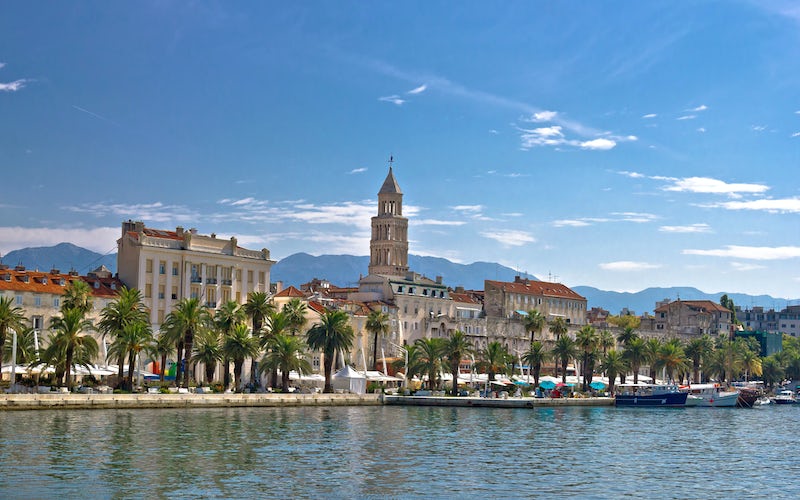 The tower of Diocletian's Palace, seen from the waterfront. Canva/xbhrcx.

Croatia’s second largest city, Split is home to many interesting attractions and one of them is the famous Diocletian's Palace. Built by the Roman emperor Diocletian and overlooking the beautiful Adriatic Sea, the palace dates back to the 4th century AD and is one of the oldest historical sites in the country.

Today, the palace attracts thousands of visitors daily who come here to admire the arcaded courtyard and the Cathedral of St. Domnius. Right outside the palace, the vibrant Riva is a nice promenade lined with many restaurants and bars. 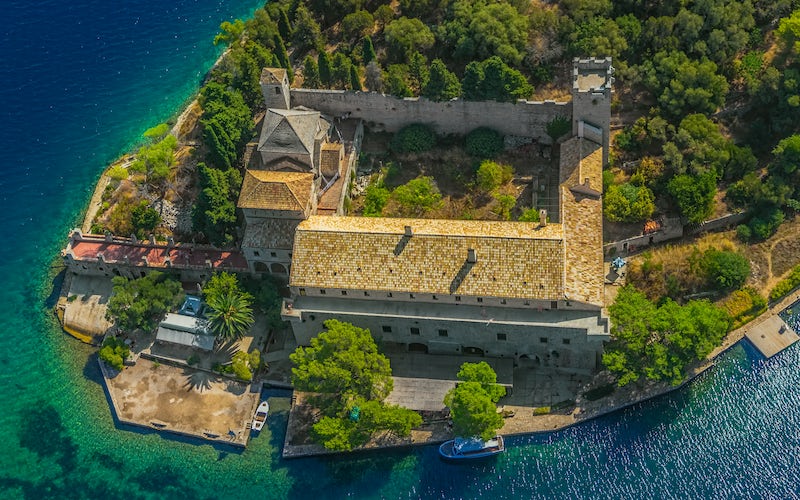 Mljet seen from the air. Canva/jasminam. Dotted by small villages and vineyards, Mljet is one of the most underrated islands in Croatia. This is a place for travelers who wish to get away from the busy islands like Hvar and Brac and find some peace and quiet.

The western part of Mljet is a lovely national park. Surrounded by green forests, the park’s main attractions are the two saltwater lakes. In the middle of the lakes, you will find a 12th-century Benedictine monastery which can be easily visited by taxi-boat.

There is also a nine-kilometer trail that runs around the lakes and offers ideal conditions for cycling. Besides swimming in the lakes, travelers can rent a kayak to explore these two magnificent lakes. 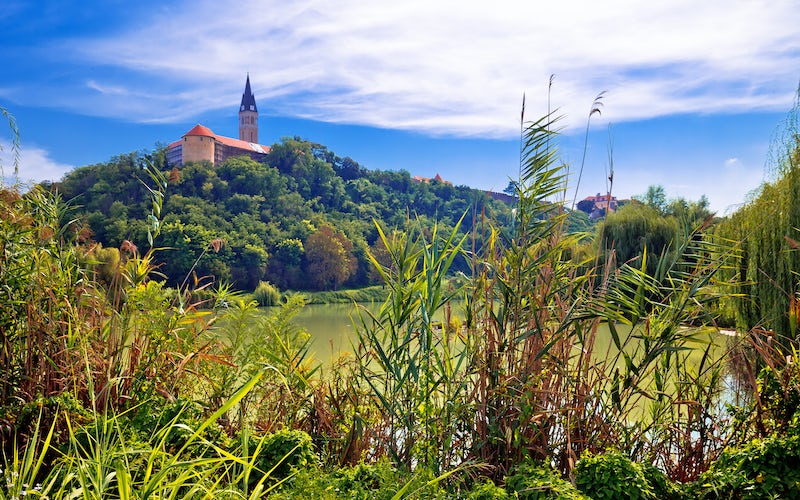 The town of Ilok. Canva/xbrchx.

Dalmatia and Istria are definitely the most popular regions in Croatia that attract millions of tourists each year. However, for a different experience, pay a visit to the region of Slavonia in the east of the country where you will find the picturesque town of Ilok.

This whole area is known for having the best wine sorts in the country. In Ilok, many wine cellars are open to the public and offer wine tasting. The best time to go on a tour of wine cellars in Ilok is during the grape picking season in September. 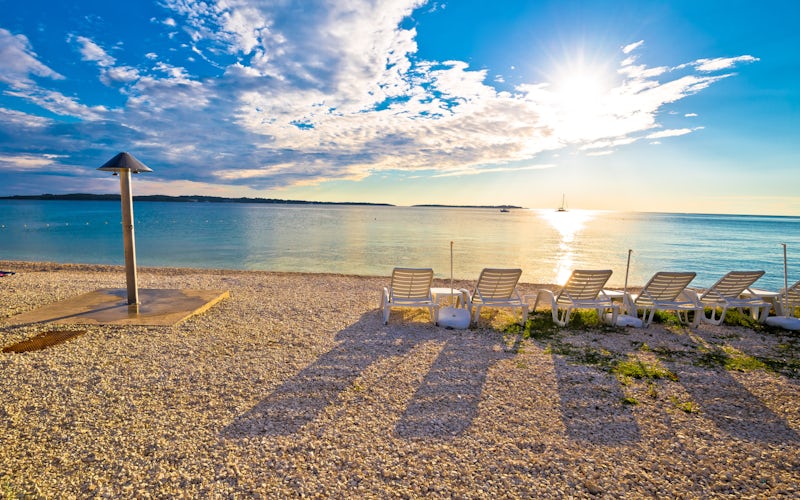 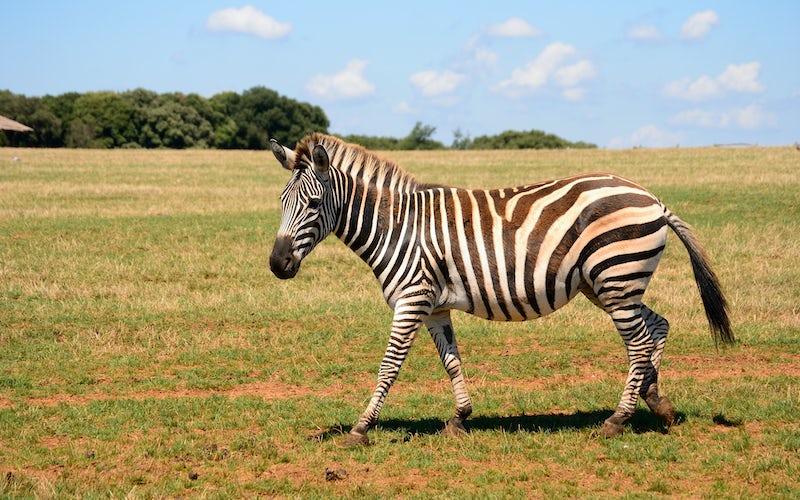 It seems that there is no shortage of national parks in Croatia. One of my personal favorites is the wonderful Brijuni National Park located right off the Istrian peninsula. Veliki Brijun is the largest island and the main attraction in the Brijuni National Park. The former president of Yugoslavia, Tito used to spend a lot of his free time here.

An interesting fact is many of his visitors brought exotic animals including antelopes, zebras, and even elephants as gifts to the president. Today, these animals can be seen in a small safari park on the island. The easiest way to reach Brijuni is by taking a boat from the nearby coastal village of Fažana. 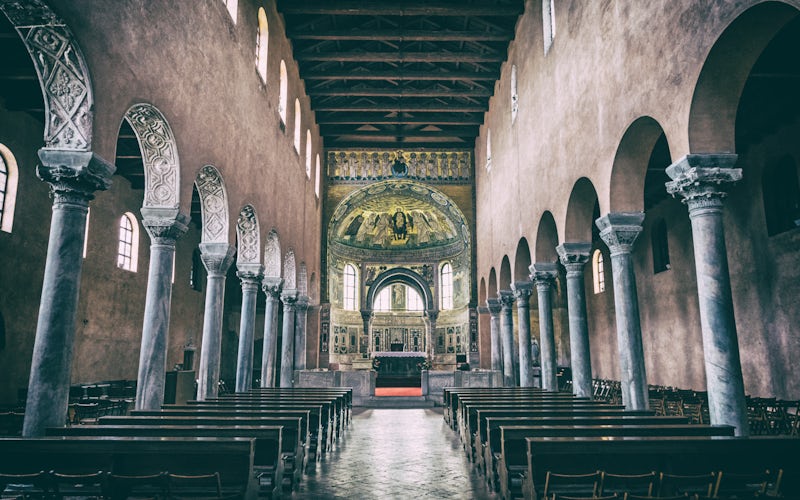 The interior of the basilica. Canva/vraselpeter1.

The town of Porec is really pretty. Canva/ViliamM.

A visit to the Istrian town of Porec is a great addition to your Croatia travel itinerary. I like this small town because of its laid-back vibe and the friendly locals who are always more than happy to have a chat and point you in the right direction if needed.

The main attraction here is the Old Town and the charming Euphrasian Basilica. A perfect example of Byzantine architecture, the Euphrasian Basilica occupies the site of a former Roman villa and houses a church, an atrium, and a baptistery.

The 6th-century mosaics are the biggest draw here. While you are in the neighborhood, make sure to check out the Bishop Euphrasius which is well-known for its religious paintings and ancient stone sculptures.

7. The Museum of Broken Relationships 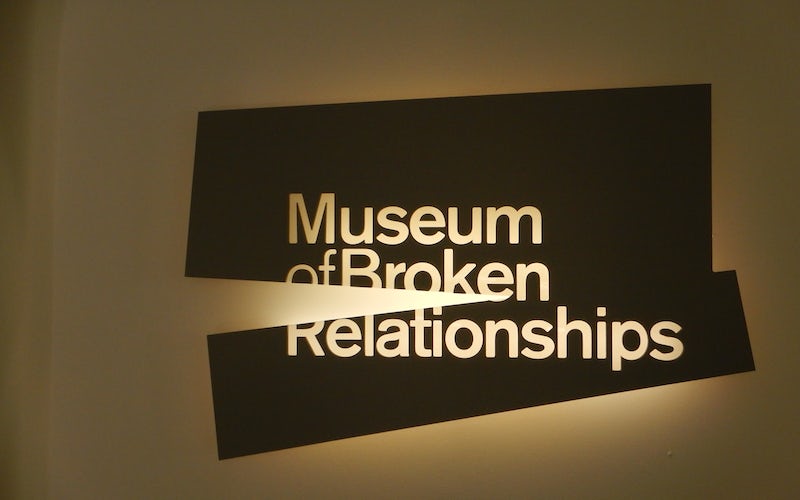 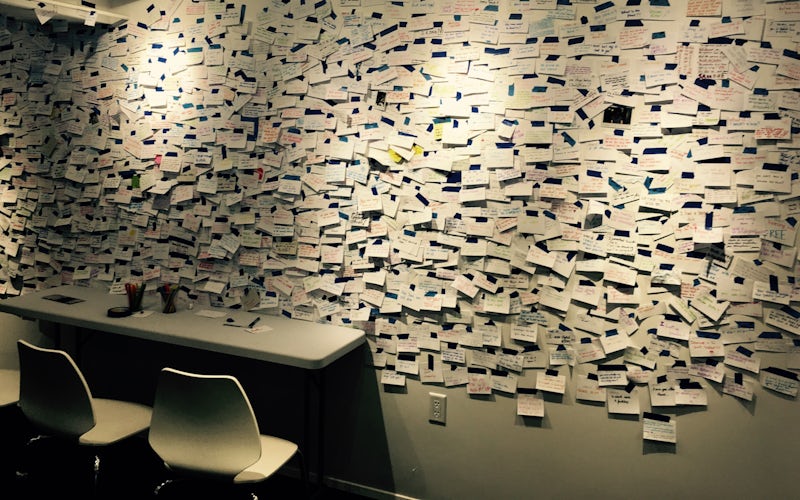 Inside the museum. Flickr/JoVe DX.

The capital of Croatia, Zagreb is home to many fabulous attractions, but the most unique place to visit is the lovely Museum of Broken Relationships. Travelers are usually intrigued by the name of this place, but most of them don’t know that the museum started out as an art installation.

Today, the Museum of Broken Relationships is one of the most visited sites in the city which houses many personal letters, artifacts, and souvenirs from couples who parted ways for different reasons. An interesting fact about the museum is that it was actually conceived by a former couple. 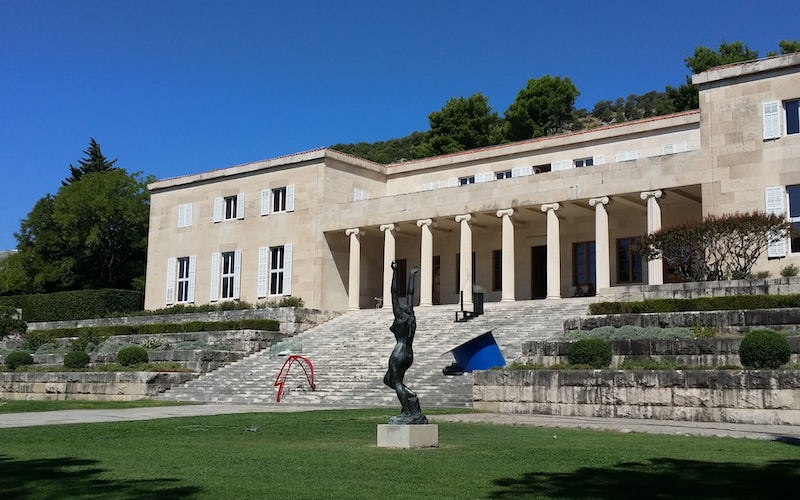 Located on the outskirts of Split and offering spectacular views of the Adriatic Sea, the Meštrović Gallery was designed by the famous local sculptor Ivan Meštrović.

The building was originally a studio, exhibition space, and a family villa, but today it houses a gallery with two floors. Inside the gallery, expect to find many of the sculptor’s drawings, paintings, sculptures, and furniture. Step outside of the villa to enjoy a cute sculpture park. 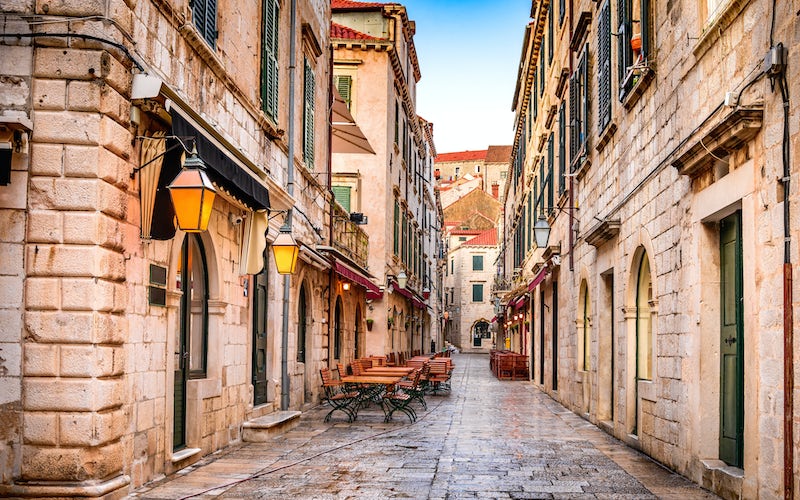 The lovely townscape of Dubrovnik. Canva/ericristea. 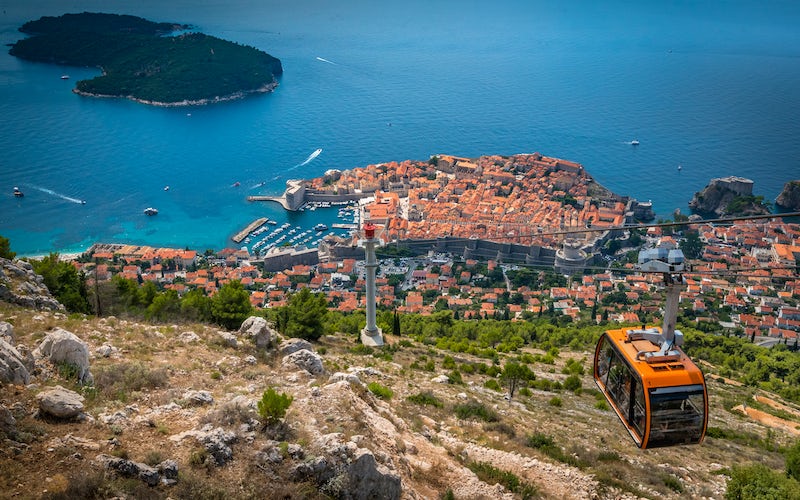 No list of attractions in Croatia would be complete without mentioning the country’s most famous landmark, the magnificent Dubrovnik Old Town. A UNESCO world heritage site, the Old Town in Dubrovnik is one of the best-preserved complexes in Europe which attracts millions of tourists each year.

Whether you wish to climb up the city walls and enjoy spectacular sea views, walk down the cobblestone streets and admire the architecture of medieval buildings, or have lunch in one of the seafood restaurants, there are many things you can do here for a day or two. Game of Thrones fans probably know that Old Town of Dubrovnik was used as a filming location for this popular HBO show.

Read also: Off-the-Beaten-Path Things to Do in Dubrovnik

What is the local currency in Croatia?

Although Croatia is a part of the European Union, the country uses Kuna as its local currency. At the time of writing the piece, for 10 euro, you will get around 73 kuna.

How to get around Croatia?

The public transportation in the country is well organized with airports in major cities like Osijek, Dubrovnik, Split, Pula, Zadar, and Rijeka. You can also hop on a bus to travel and explore different parts of Croatia. Of course, renting a car during your vacation in Croatia is also a good option.

Where can I find the best beaches in Croatia?

This is a tough one since the country is home to hundreds of amazing beaches. Along the coast of Dalmatia and on the nearby islands, expect to find everything from pebble to golden-sand beaches. In Istria, visit places like Rabac, Rovinj, and Porec to find good beaches.

Things to Do in Croatia
Story

Honeymoon in Croatia: Everything You Need to Know
Story