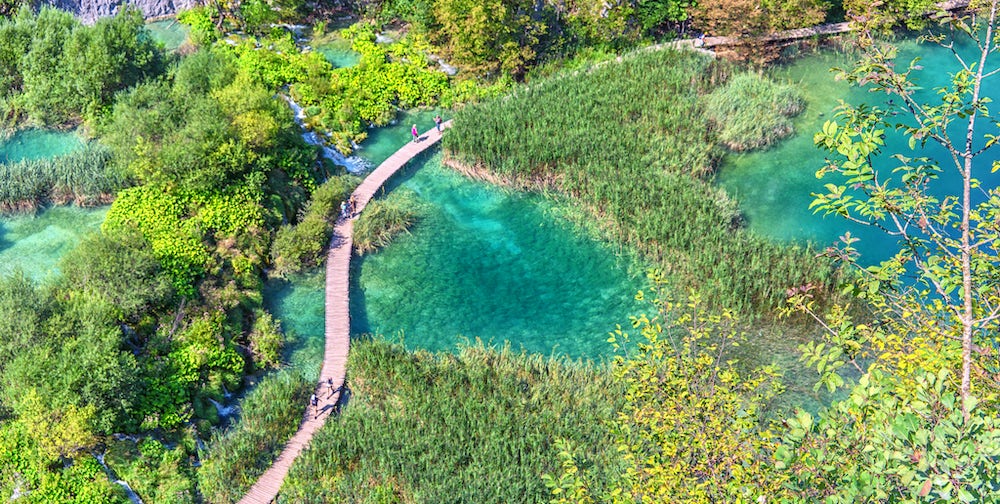 All You Need to Know About Plitivice Lakes National Parks

For those planning to visit Croatia, Plitvice Lakes National Parks has probably already come up as one of the top destinations. Many articles with different information about this attraction can be found online, however this article will compile everything you need to know about visiting Plitvice.

What is Plitivice Lakes National Park?

Plitivice Lakes National Park is the oldest and the largest national park in Croatia. It is known for its natural beauty and gorgeous waterfalls. Plitivice is a UNESCO world heritage site that spans 114 square miles, spreading over across two counties. Plitivice is one of the most popular tourist destinations in Croatia, both among locals and foreigners – every year records at least one million visitors. This guide will help you making the most of your trip to Plitivice. 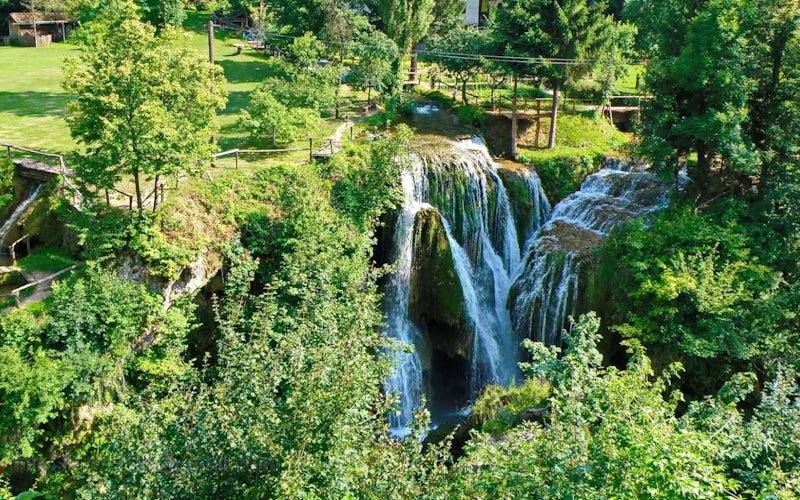 Korana, which is the source of the Plitvice lakes, is one of the main rivers of the national park.  lakes. Korana flows up from Lika and streams through Croatia’s eastern border, passing Plitivice Lakes and eventually ending at Karlovac.

The national park is not just breathtakingly beautiful, but also packed with adventure. There’s a whole range of activities to choose from; from lazy leisure, to adrenaline pumping adventure. There are many spots in the river where the water is still, where it is perfect to swim and enjoy the clear and clean water. Additionally there are companies that offer white water rafting in the more intense and faster current areas of Korana. 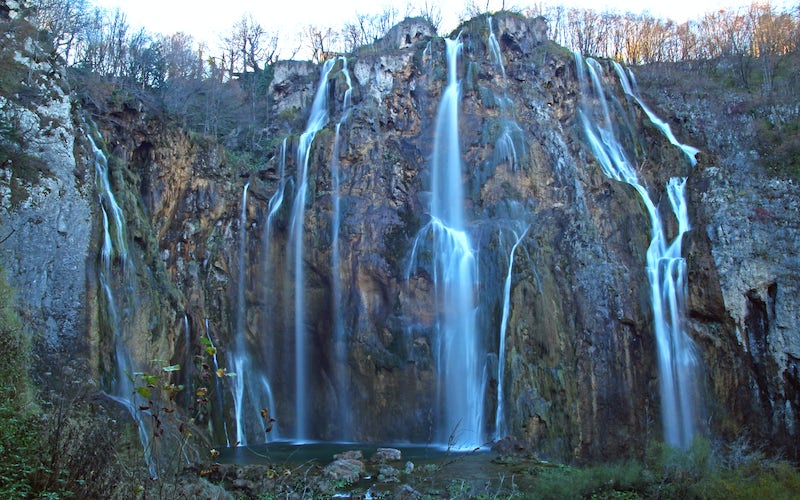 You can find many waterfalls in Plitvice, however the largest by far is Veliki Slap, which is Croatian for “big waterfall”. You can catch sight of this 256 ft tall cascade right after walking through entrance 1 at the national park. It certainly is a beautiful view, especially since it is situated right by the end of the lakes. Veliki Slap is not only generally considered the most aesthetically pleasing in the Plitvice lake parks, but it is also the largest and most impressive waterfall in the entire Croatia.

In addition to its large size, there is one other unique feature that makes Veliki Slap stand out. While most of the waterfalls in Plitvice National Park are generated by water flowing form the upper lakes to the lower lakes, Veliki Slap is actually sourced from the Plitvica Potok River. One final fascinating fact, and a must see for those visiting during the winter, is the waterfall when it’s frozen. During the winter months, when temperatures reach freezing levels, the waterfall itself completely freezes over, creating a marvelous sight.

Kozjak Lake (or any lake for that matter) 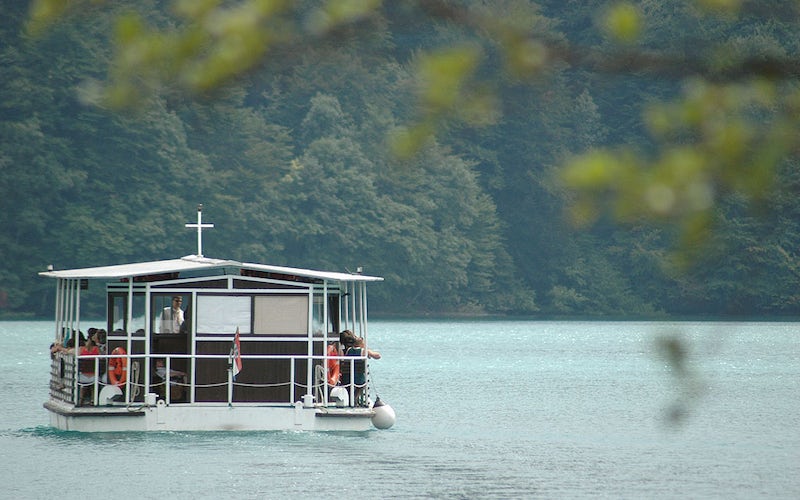 In the hopes of making this guide more helpful and concrete I wanted to narrow down my suggestion to only one lake, which I found to be incredibly difficult. There are 16 lakes in the Plitvice National Park system and each of them is unique and fascinating in its own way. To single out one of them as the “best” is an impossible task. Nonetheless I chose to single out Kozjak lake, as it is my personal favorite.

Kozjak is the most impressive of the Plitvice lakes, simply because of its sheer size. It is by far the largest of the 16 lakes, covering an area of 82 hectares and going as deep as 160 ft. What also makes the lake unique is the island in the middle of it, which has a pier where you can board a boat that takes you to either the lower or upper lakes. Also, the location of Kozjak is convenient if you want to explore all of the parks lakes: Kozjak is the last of the upper lakes, giving one easy access to both the lower lake and upper lake area.

When is the best time to go? 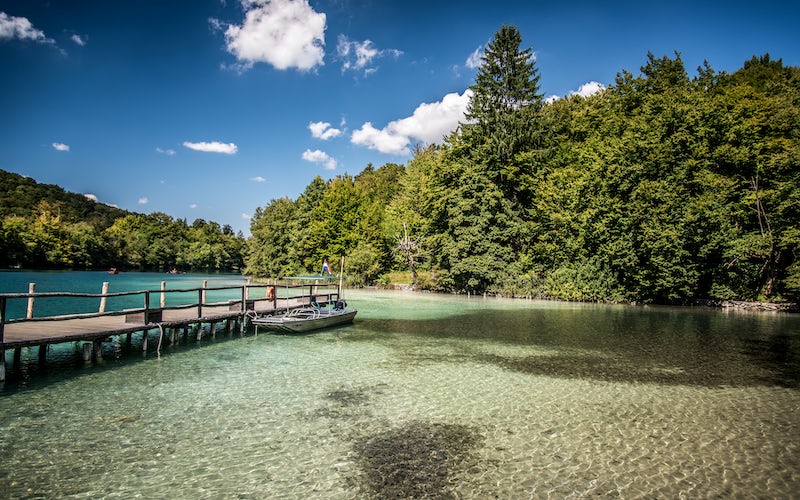 June is a good month to visit the national park, especially if you want to escape the tourist crowds. Flickr/Kamil Porembínski.

Plitvice National Parks are open year round. Thus, the best time to go is a very subjective matter and up to you to decide. However, there are pros and cons to visiting different parts and seasons of the year. The most popular months are July and August, since those months are generally the most popular to visit Croatia. In my opinion the park can be too crowded and hot during the summer.

In my opinion, June and September are by far the best months to visit Plitvice. These months are either too early or to late for massive tourist crowds and high temperatures. Therefore, the park is more secluded and the weather is milder and better for exploring.

In regards to time of day to visit the park, it is recommended to show up as early as possible.  The park opens up at 7 am, and if you’re just visiting for one day, it would be wise to arrive around that time. The park is very large and vast, so it really isn’t possible to see the entirety of it. However, getting there early will enable you to get the most out of your day and avoid the rush of tourists.

Either way, no matter what time or month you come to Plitvice National Parks, it is sure to be an enjoyable experience.

Interesting stops on the way

There are many interesting sights and attractions at the Plitvice National Parks. Some of the major ones have already been covered in this article, but it is nevertheless worth it to list a few more notable attractions that can be found in and around Plitvice Parks:

Is Plitvice a must do while in Croatia?

Croatia has so many wonderful attractions. When going there on a vacation, most people don’t have nearly enough time to see everything that this beautiful country has to offer. Sadly, this means that many have to plan out which attractions they are going to see, and which they aren’t.

Which brings us to the question: Is Plitvice a must do while visiting Croatia? This is an incredibly difficult question, but I think I have a pretty good answer.

A visit to Plitvice, without sounding too dramatic, can really change your outlook on the world and the environment we live in, and bring you back to a simpler more natural times. So is Plitvice a must do when visiting Croatia? I think I’ll let you decide that for yourself.

Hiking in the Slovenian Alps
Story