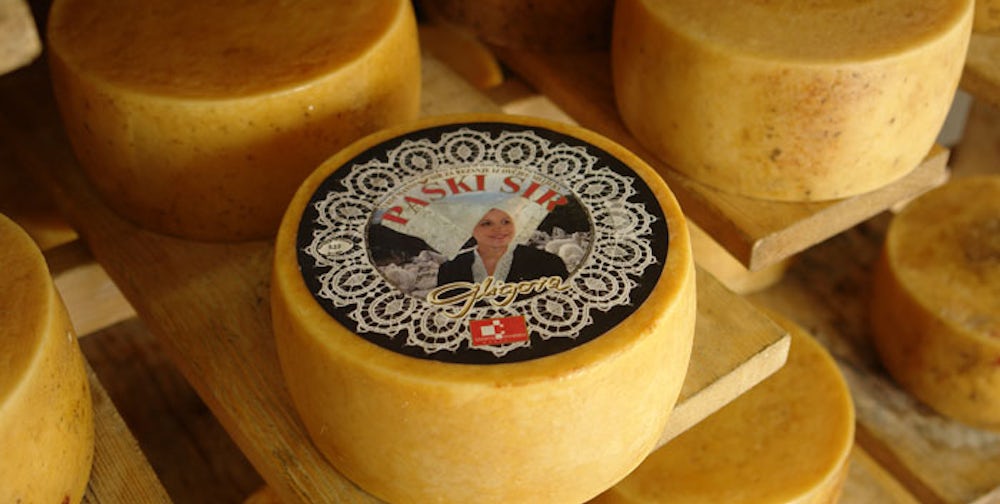 6 Local Dishes You Have to Try in Croatia

Here’s a list of the most popular local dishes that you absolutely have to try while in Croatia.

The Croatian kitchen is influenced by multiple other cuisines and cultures: it manages to amalgamate this wide variety of influence while still keeping a unique and special Croatian flavor. While it is incredibly easy to enjoy Croatian food, it can be hard to define Croatian cuisine. Croatia has many diverse regions and each has their own diverse sub-kitchens. This list will highlight some of the top delicacies that can be found while visiting Croatia. 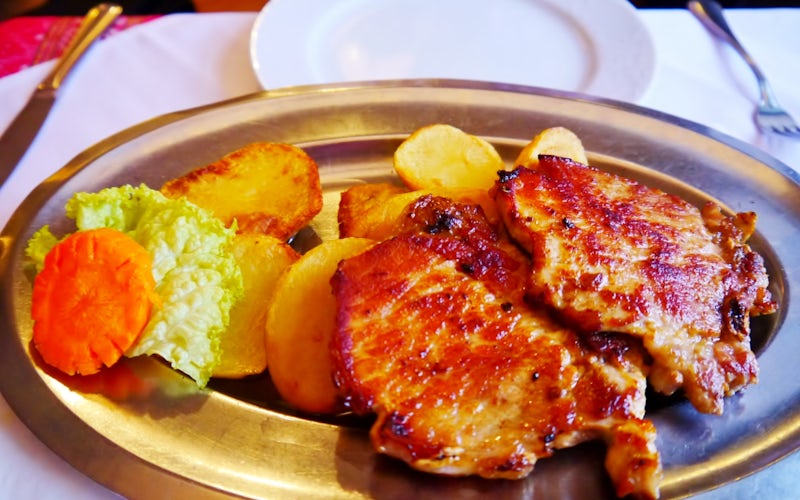 The Zagrebacki Odrezak, or the Zagreb cutlet, is a Croatian version of the famous Cordon bleu. This cutlet is made with young veal meat, which is wrapped around cheese and ham, then breaded and fried. Typically, this dish is served with tartare sauce and lime as condiments, while fries are a complimentary side. This dish is mostly common in Zagreb (as the name suggests). 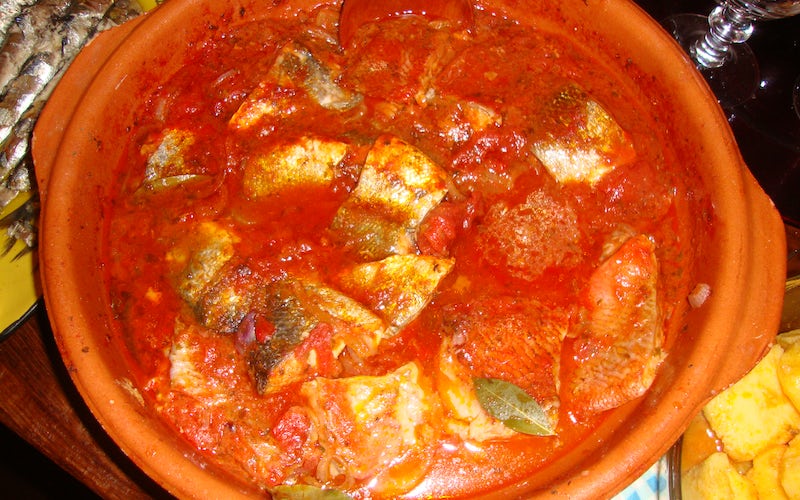 Brudet is a fish stew that comes from the coastal regions of Dalmatia, Istria, and Kvarner. Brudet is made out of multiple fish mixed together, which causes these flavors to blend along with the spices and other additions. Proper Croatian Brudet is always made in one large stew pot, which is an important part of the tradition.

Brudet is always eaten with a side dish, typically one made to soak up the broth of the stew. Sides can be either potatoes, polenta, or bread. This dish can be enjoyed in any of Croatia’s coastal regions.

Arambasici, pronounced Aram-bah-shi-chi, is my favorite meal, not only in Croatian cuisine but in general. Hailing from the historical region of Sinj, Arambasici are sauerkrauts stuffed with minced meat and cooked with fatty meats and sausages to transfer the flavor.

Arambasici have a slightly sour or tangy hint while being incredibly tender and meaty; the cooked sauerkraut perfectly compliments the mixed meat and creates one truly unique culinary experience. This meal is very simple and cheap, not only make, but also to find in restaurants. Despite its simplicity, arambasici is one of the tastiest foods in the world. 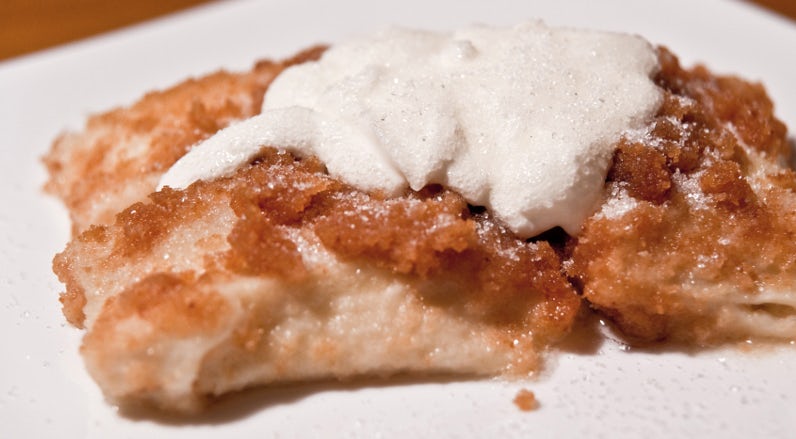 Zagorski Strukli is an incredibly popular dish served in the northern regions of Croatia, primarily Zagorje and Zagreb. The dish is made of dough that is stuffed with either sweet or salty fillings and is then either cooked or baked. My favorite Strukli is made with cheese, and this kind is a specialty in the Croatian city of Samobor.

Fusi pasta is a very special type of pasta made in the Croatian region of Istria. This delicacy is made by layering thin cuts of pasta on top of each other, then cutting them into diamond shapes.

This is a unique method of making pasta that is not only good at retaining sauce, but has a perfect shape for catching small bits of seafood. Fusi pasta is typically served with seafood in a mild red sauce that is made from tomato paste, onions, and white wine. 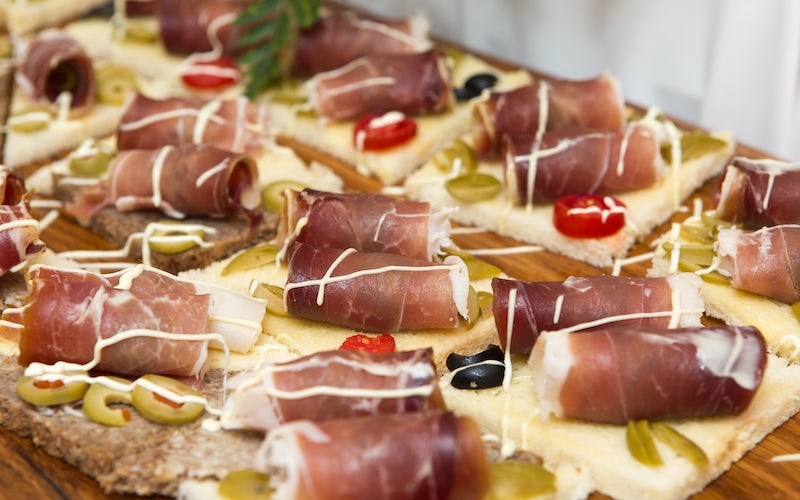 While these don’t constitute a main dish and are typically served as an appetizer, they must absolutely be tried while visiting Croatia. Let’s start with the top meats that are an absolute must-try: Slavonian kulen, and Dalmatian prsut. Kulen is a dried sausage from the Slavonia region which is preserved with hot peppers, thus giving it a fine and spicy kick.

Prsut is the salty preserved thigh of a pig or wild boar. Its flavor is truly unmatched, and is one of the few meats that can be considered an umami, having hints from every part of the taste pallet. While these meats are good and fine on their own, they go best with bread and cheese.

Two cheeses that are famous not only across Croatia but also the world are Pag cheese and Turos. Turos hails from the Medimurje region of Croatian. Turos is essentially dried cottage cheese which has been mixed with paprika, peppers, and other spices. Pag cheese is one of Croatia’s most notable products.

Produced on the Island Pag, which is known for its large sheep population. These sheep are used to produce the famous Pag cheese, which is hard with a very oily texture. All of these meats and cheese pair fantastically with one another, and they can be ordered on one plate, alongside with other delicacies I have failed to mention, typically as an appetizer. There truly is no better way to start an evening dinner than with an assorted cheese and meat plate in Croatia.

Things to Know Before Traveling to Croatia
Story

The Donji Grad District in the Historic Center of Zagreb
Story