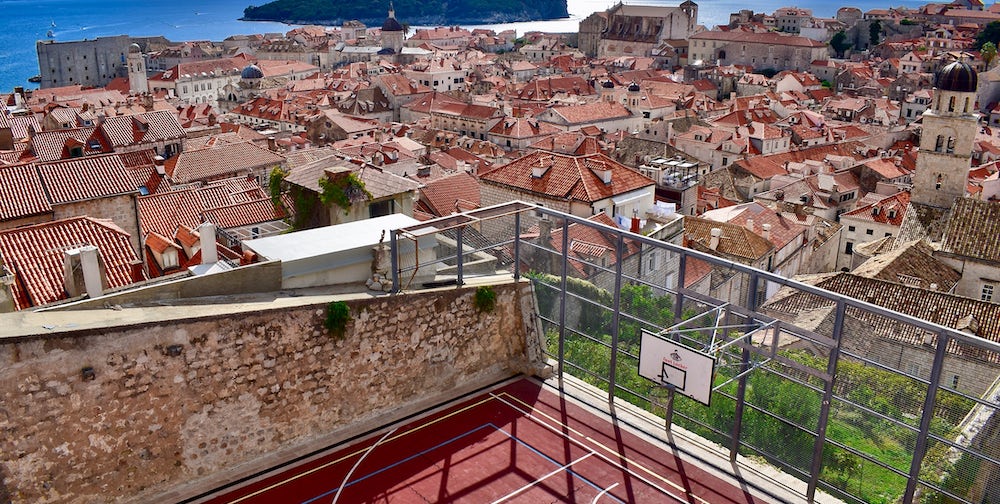 Off-the-Beaten-Path Things to Do in Dubrovnik

The UNESCO World Heritage city of Dubrovnik is rightly renowned as an intriguing time capsule, embraced by medieval walls that appear to project from the cliffs themselves. Come discover a few unique, off-the-beaten-path things to do in this charming city.

Rightly known as the 'Pearl of the Adriatic,' the city of Dubrovnik is itself a UNESCO World Heritage Site. Springing from the cliffs, its marble streets have been polished by centuries of footsteps, and medieval walls surge around its sides, preserving this shell-like, lustrous city as a time capsule from the past.

A labyrinth of thin passageways ribbon through its interior, framing scenes that appear to contemporary eyes as moments of deja-vu from a different century. Washing ripples in the breeze, ruddy cheeked children totter up worn steps, and cats curl in pools of sunshine. Now and then, a flash or cerulean sea peeks through the gap between Dubrovnik's historic buildings. Secrets are everywhere. 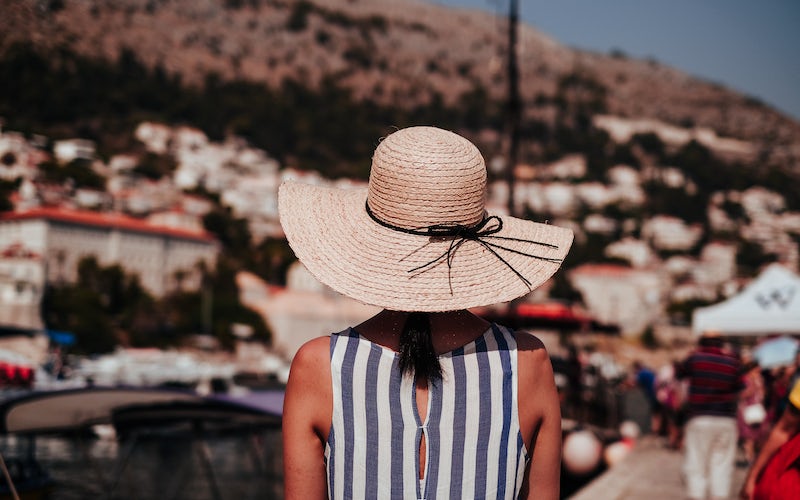 There is much to satisfy the inquisitively inclined in Dubrovnik. Take the trendy Cave Bar More, in the Lapad district. Still operating beneath the radar of most visitors to the city, it's popular with locals, and is one of the hippest bars in Dubrovnik. Hidden in a luxurious resort, it's the chicest cave you'll ever explore, complete with quality cocktails. Gaze out at the sunset between glittering stalactites. 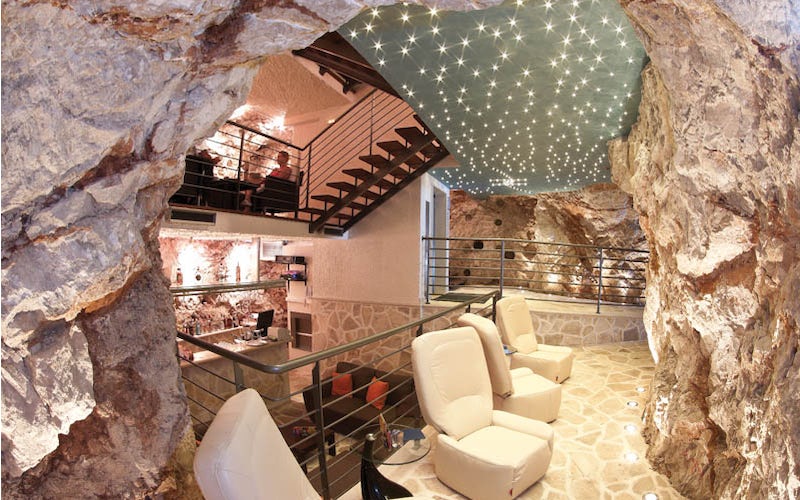 While crowds commandeer the Old Town, locals linger at Mlini's Pirate's Social Club. A little way outside the center, DJs spill sophisticated sounds from sun-drenched decks. Sip a minty mojito and watch the water polo players next door. While negotiating the thronged city center, dip into the unostentatious entrance of Sesame Bar. Only five minutes from Stradun's sightseers, it's the perfect place for a refreshing coffee in the shade, and so storied by those in the know that it has its own social club. Later on, order the Bevanda, a combination of Croatian wine and water.

To have this special city to yourself, you will need to visit during the low season, which runs between November and April. The weather is less consistent than during the summer months, but that shouldn't stop you from enjoying the sapphire bays that surround Dubrovnik. Dance Beach remains the preserve of the locals year-round. Sunbathe on the rocks, or dive into the gin-clear water to discover a secreted submarine cave. There's even a small bar on the beach where you can grab a cocktail.

Pasjaca Beach is one of the supreme secrets of this enigmatic city. Visitors are presented with the glittering splendor of the Adriatic by the sweep of the Konavle cliffs. A rural path winds down to the beach, opening onto several spectacular ocean vistas. Sure, it's 20 kilometers from Dubrovnik, but its serenity is its charm.

Konobo Vinica Monkovic is a little like Rivendell from Lord of The Rings, one of the few fantasy franchises of recent years not to be filmed in Dubrovnik. Eight miles inland, the family-run restaurant serves Croatian classics, made the traditional way with locally sourced ingredients. It perches on stilts at the confluence of mountain streams which produce a soporific sound. The wine is sourced from the vineyard next door.

For stunning views just a minute beyond Dubrovnik's city gates, dine at Restaurant 360. Modern Mediterranean cuisine and views of the port reward patrons at this Ploce Gate favorite. Meanwhile, secreted in a backstreet, Zuzori serves Croatian dishes and sumptuous desserts that you'll want to leave room for, like chocolate lava cake. Taverna Otto is situated in a renovated boat shed that overlooks port of Gruz. Well-priced seabass welcomes you on a menu populated by sophisticated Mediterranean dishes. 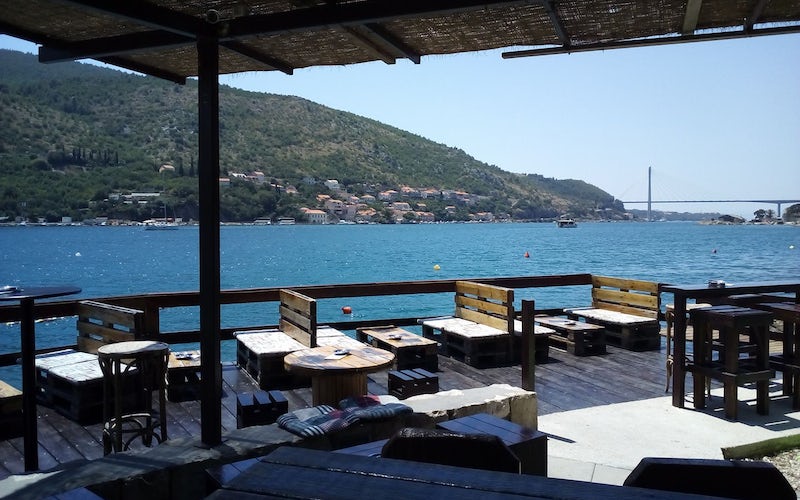 The Bond movie, Shatterhand, was filmed at Cafe Bar Vapor, so you can feel like 007 as you sip your macchiato at this off-the-beaten-path cafe. Sit smugly in the sea breeze, safe in the knowledge that you have evaded the crowds once again. Check the cruise schedule and avoid peak times like a pro. The bar looks out on Franjo Tudman's Bridge and offers an ideal reprieve from the often bustling Old Town area.

Once the capital of the puissant military empire of Ragusa, a republic that endured for 500 years from the 14th century, Dubrovnik's military heritage is immediately apparent. During the 15th century, when some corners of the seven seas were still uncharted, Dubrovnik operated one of the world's finest merchant fleets. Its skilled merchants were responsible for the Baroque finery and plush palazzi you see.

Tucked away on a rarely visited outcrop just beyond the medieval walls is Srd Fortress. A cable car will transport you to this clifftop fort, which attracts far fewer visitors than the conurbation in central Dubrovnik. From its summit, you'll enjoy views of the gleaming terracotta rooftops of the city, sweeping out towards the paradisical Elaphite Islands.

Travel to the Treasure Houses

You can strike cultural gold on many of Dubrovnik's backstreets. Plunder riches like recitals in the courtyard of the Rector's Palace during the Summer Festival in August. Check out the Aquarium on the ground floor of St. John's Fortress to see the strange sea creatures that lurk beneath the surface of the Adriatic Sea. 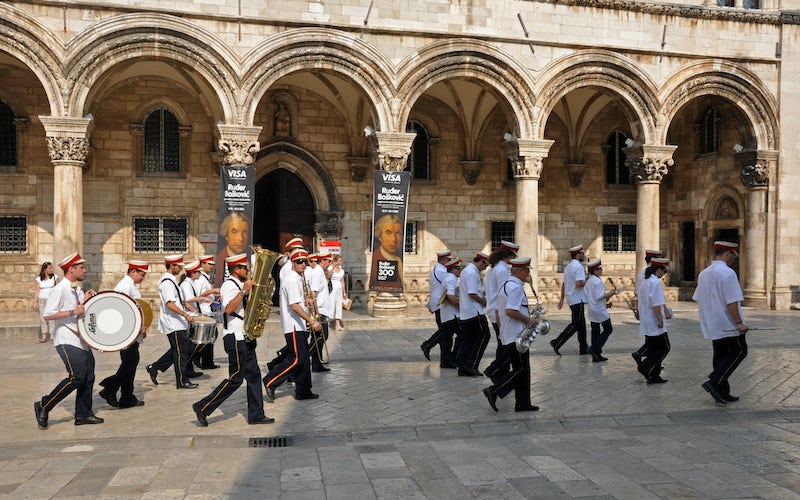 Have a peek at the intricate and precious reliquaries in the treasury of the Baroque Cathedral. You might be one of the few to know that Europe's oldest functioning pharmacy is right around the corner at the Franciscan Monastery. The War Photo Limited collection meanwhile burgeons with inquisitive photo journalism and impressive, though ephemeral, special exhibitions.

Isolated Islands: Lokrum and the Elafitis

You'll need a sea kayak or other seagoing vessel (ferries depart from Dubrovnik) to explore the lush island of Lokrum. This chunk of paradise is still snuggled beyond the reach of the majority of Dubrovnik's visitors. Stop in at pristine Betina Beach for a snorkel over the vibrant marine life. Take a dip in the saltwater pool, and discover the tranquil 15th century Benedictine monastery. Don't leave Lokrum without ambling around the island's Edenic Botanical Garden. Peacocks fan their feathers in this hidden jewel of the Dubrovnik area. 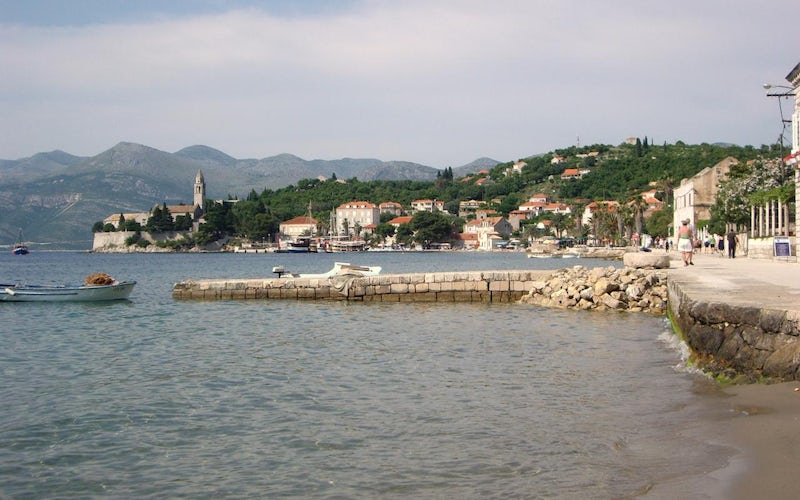 Enjoy views of the island from Buza Bar, which clings, limpet-like to the medieval city walls. The rocks beneath your feet at this literal hole-in-the-wall roll down to the sapphire sea. Panoramic views encompass the island and the hazy undulations of the distant Dalmatian hills. Guided boat tours transport you to the Elafiti Islands, a spray of thirteen gems just off the coast. Most are uninhabited, but Kolocep, Sipan, and Lopud are collectively home to less than a thousand people. Avoid the press of Dubrovnik's sightseers at these peaceful island refuges.

In the shadow of Srd Fortress lies a glittering emerald that is often missed by visitors. Overlooking the island of Lokrum, Park Orsula was once a concert venue flocked to by locals, but the concerts have long since moved to more spacious locations. You'll be rewarded for the moderately challenging hike to the top with views over the glimmering Adriatic, which are far more likely to take your breath away than the exertion. 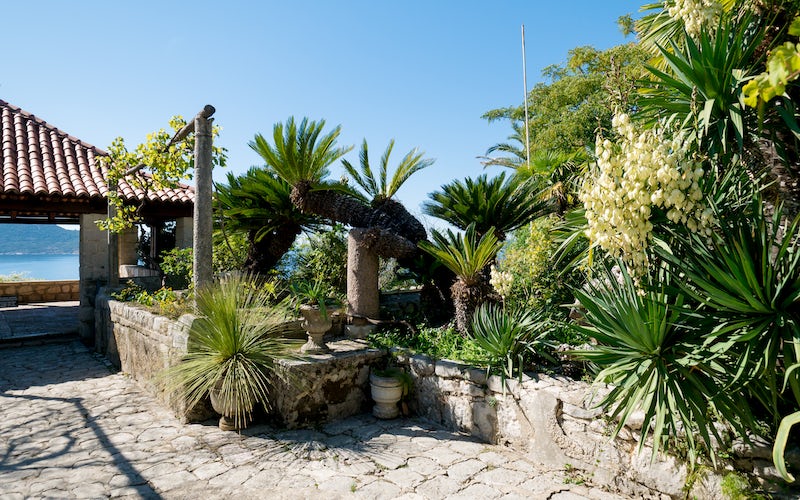 Just 18 miles along the coast in Trsteno lies the oldest Renaissance garden in the country. Trsteno Arboretum is lined with 500-year-old stone sculptures and plane trees, plus Japanese bananas, bright bougainvillea, and other exotic specimens. Though damaged by the Homeland War, it has since been restored to its former glory. Stroll down stately avenues where Game of Thrones was filmed, discovering another of Dubrovnik's hidden gems.

So densely packed with hidden nooks and ancient crannies is the city that it's no surprise that fairytale Dubrovnik featured in Game of Thrones. Though sadly this has increased its fame, the city is still a place of many mysteries. Begin your quest to uncover the truth behind the tales in busy Gundulic Square, where stories swim about more urgently than the Adriatic around Dubrovnik. One relates a "rope code" known only to 800 or so Croatian locals. Traverse Gruz Markets and ascend skinny streets to the Pile Gate. Mysterious as it might at first appear, the rope is lowered to signal an influx of visitors to the castle walls, warning locals to avoid the area. 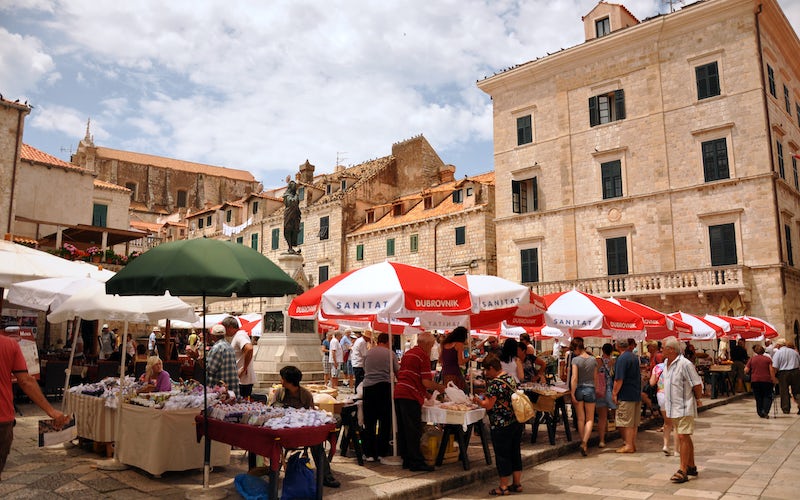 Other legends about Dubrovnik are less easily dispelled. Discover them at the 15th century Rector's Palace, which houses the Cultural History Museum. The elegant colonnade and shapely proportions of this Gothic Renaissance structure evince the city's rich artistic legacy. Artifacts housed inside indicate that a settlement was situated here as early as the 6th century.

By the 15th, Dubrovnik was one of the most important trade ports in Europe. Such was the city's prestige that the Archbishop of Dubrovnik, Giovanni Medici, became Pope Pius IV. On your tour of the Old Town's treasures, don't miss the statue of Orlando outside St. Blaise's church. Dubrovnik's famously shrewd diplomatic decisions were taken before him, along with the lives of the Republic's enemies. If Dubrovnik's illustrious history and magnificent views don't impress you, know that Beyonce was recently spotted in the city, trying to keep things low key.