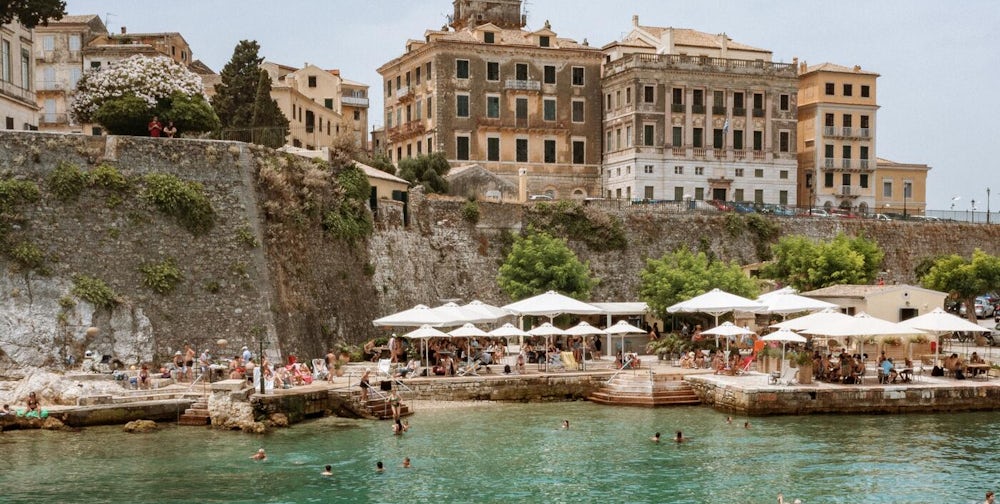 Maybe it should be more than a stopover… 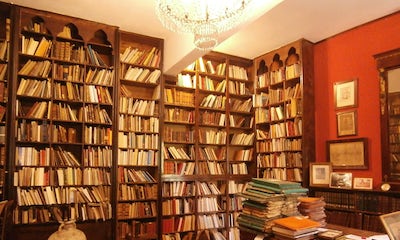 Place
Corfu Reading Society
Sarah:Although there’s no obvious sign on this grand cream-and-white villa, anyone is welcome to climb its external staircase and settle down with a book in the library of the Corfu Reading Society. Founded in 1836, the oldest cultural institution in modern Greece holds 30,000 volumes in several languages, mostly devoted to the Ionian Islands. —Lonely Planet
more 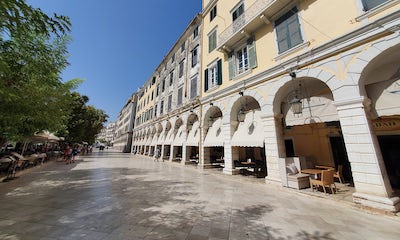 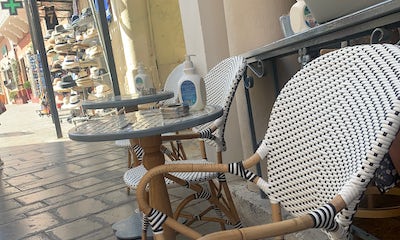 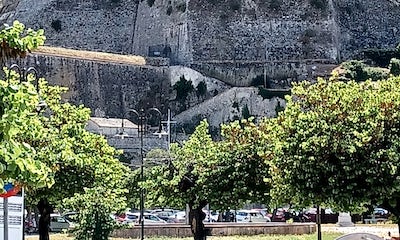 Place
New Venetian Fortress
Sarah:A summer evening at Morrison's Café within the precincts of the dramatic New Fortress, listening to cool live jazz, a drink in hand, and with a stupendous view over town.
more 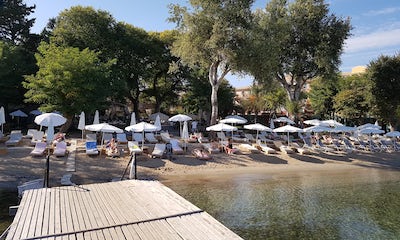 Place
Mon Repos Beach
Sarah:Organized beach club. Alternatively there is a little beach that locals go to but you need to enter through the Fortress (€3 entry fee) 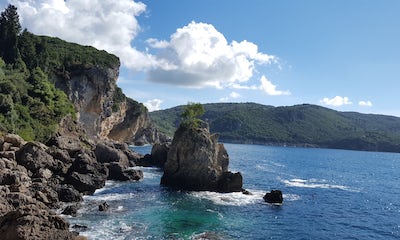 Place
Paralia Paleokastritsa
Sarah:This is reportedly one of the most beautiful beaches on the island. And a good starting point to discover others by road or sea. 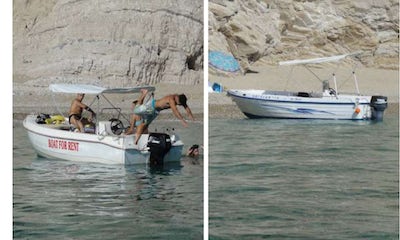 Place
Paleo Yellow Boat (Boat rental)
Sarah:Book a boat with us today, if you want to discover the west coast of Corfu Island and the 15 beautiful beaches with crystal clear water, that you can get to only on a boat!
more 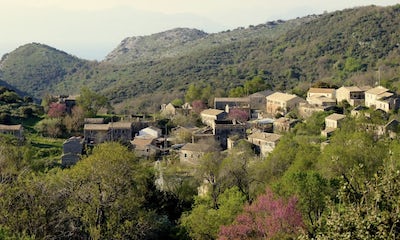 Place
Παλαιά Περίθεια
Sarah:“Old Perithia” The village, which was built in the 14th century while the island was under Byzantine rule, is located on the northern flanks of Mount Pantokrator at about 400m above sea level. The surrounding land was ideal both for sheep farming and the cultivation of olives and vines, and Old Perithia was soon relatively prosperous. Times were harder by the 20th century, however, and as tourism began to bring wealth and jobs to Corfu’s coastal areas, the village’s residents were drawn back down the mountain in search of work. Today, the village is a protected heritage site whose 130 houses, many built in a Venetian style, lie abandoned in varying states the village are eight churches, one for every 150 of the village’s 1,200 former residents. Old Perithia is no ghost town, however, thanks to the presence of a bed and breakfast and a handful of tavernas serving excellent mountain fare. Apart from good food, the village offers visitors a fascinating insight into Corfu’s history, jaw-dropping views, and an ideal “base camp” for anyone wishing to hike up to the summit of Mount Pantokrator, which takes about an hour.
more

Gift from Sarah. Get a discount off all experiences!

Restaurants, bakeries and tavernas that I’ve come across in articles and reviews 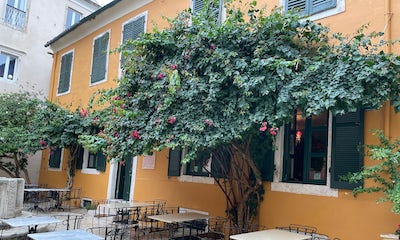 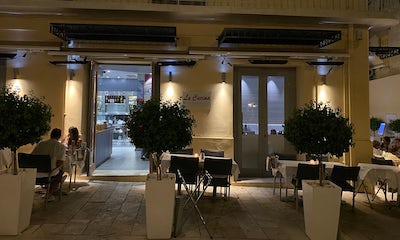 Place
La Cucina - Oenos
Sarah:Chic and stylish, this romantic, dinner-only place is known for its creative cuisine and VIP clients. The name implies Italian food, though the owner insists that ‘the Kitchen’ brings on more global cuisine. There’s everything from poke to lamb chops, hand-rolled pasta or gourmet pizzas, plus wonderful Asian-inspired dishes. Good wine for all budgets, too.
more 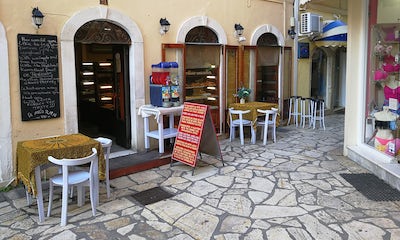 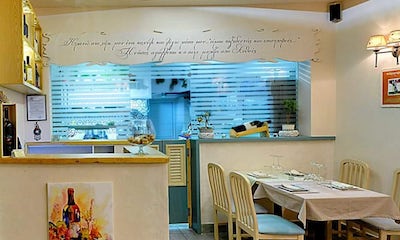 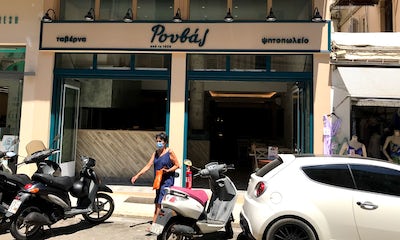 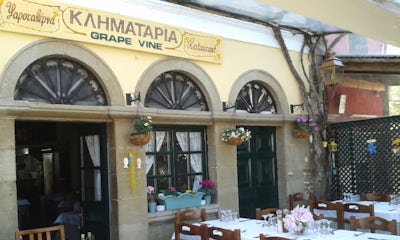 Place
Klimataria
Sarah:One review said: “This tavern is honest and perfectionist in simplicity. You can trust them for fried seafood, such as baby sepia and calamari. The octopus with tomato-onion sauce was stunning. The very fresh cockles and clams still tasted of the sea. Definitely try a wild fish in bianco (a lemon stew). We had rascasse. Wash it all down with a lean and mineral-laden wine, like a Gaia-Thalassitis (an Assyrtiko from Santorini). Klimataria may as well be the best real seafood restaurant in Corfu for its price-quality ratio.”
more 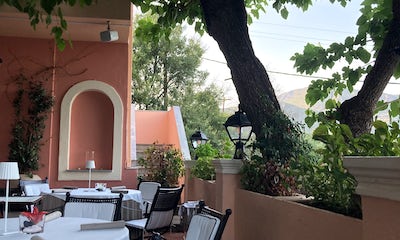