From beaches to deserts to jagged sky scraping mountain peaks, travel to this long strip of land to find nature extreme that is so unique to Chile.

The best travel recommendations come from locals. Check out these Wonderguides from Chile by locals sharing their travel tips and hidden gems.

Our top recommended experiences for Chile

The most popular experiences from our users visiting Chile. 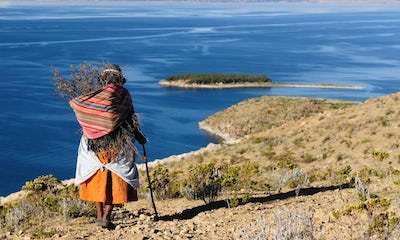 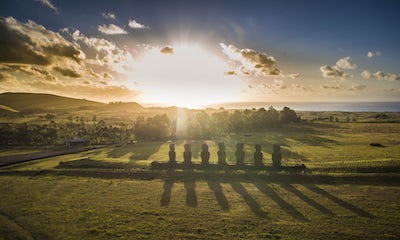 What to do in Chile

Discover the best experiences, tours, activites and excursions in Chile in one place. Read articles, travel tips and guidebooks from locals.

Chile in a nutshell

Chile was ruled by the indigenous Mapuche people for centuries until the Europeans made their way to South America. The Spaniards took control of the land and ruled until the early 1800s at which point Chile declared independence. In 1990, a democratically-elected president took office, ending the military regime.

This long and narrow South American country is located along the continent's western edge. Its terrain is incredibly diverse and ranges from deserts to glaciers and everything in between.

Why is Chile so popular to visit?

Chile has a strong, democratic government and is generally viewed as a safe country and a great place for first-time travelers to South America. Many tourists are drawn to this country not only for its safety, but for its breathtaking landscapes. The Andes offer the country a natural mountainous border and offer tourist beautiful views and outdoor activities from skiing and hiking to mountaineering and mountain biking. There is also a vast wine region with endless vineyards to visit.

Things to do in Chile

The possibilities are endless, at least if you're interested in the outdoors. Torres del Paine National Park in the Patagonia region is not to be missed with its gigantic glaciers and glistening lakes. On the opposite end of the spectrum and country is the Atacama Desert, which is considered to be one of the driest deserts in the world and an amazing place for stargazing. If you have lots of time to explore the country, consider buying a plane ticket to Easter Island, which is about a five and a half hour plane ride from Santiago. Since most international flights will fly into Santiago, it’s worth checking out the capital for a few days. The Bellas Artes and Bellavista neighborhoods are filled with restaurants, bars and quaint cobblestone streets.

Since many of the activities and places to see revolve around the outdoors, the best time to visit Chile is during the summer. However the shoulder season (March - April) is also a wonderful time to explore the country as crowds will have died down and the temperatures will begin to dip. Skiers and snow-seekers should plan to visit from July to early September, when conditions are at their best. The Central Valley, the country’s wine region, is truly a year-round destination since many of the vineyards stay open the entire year.